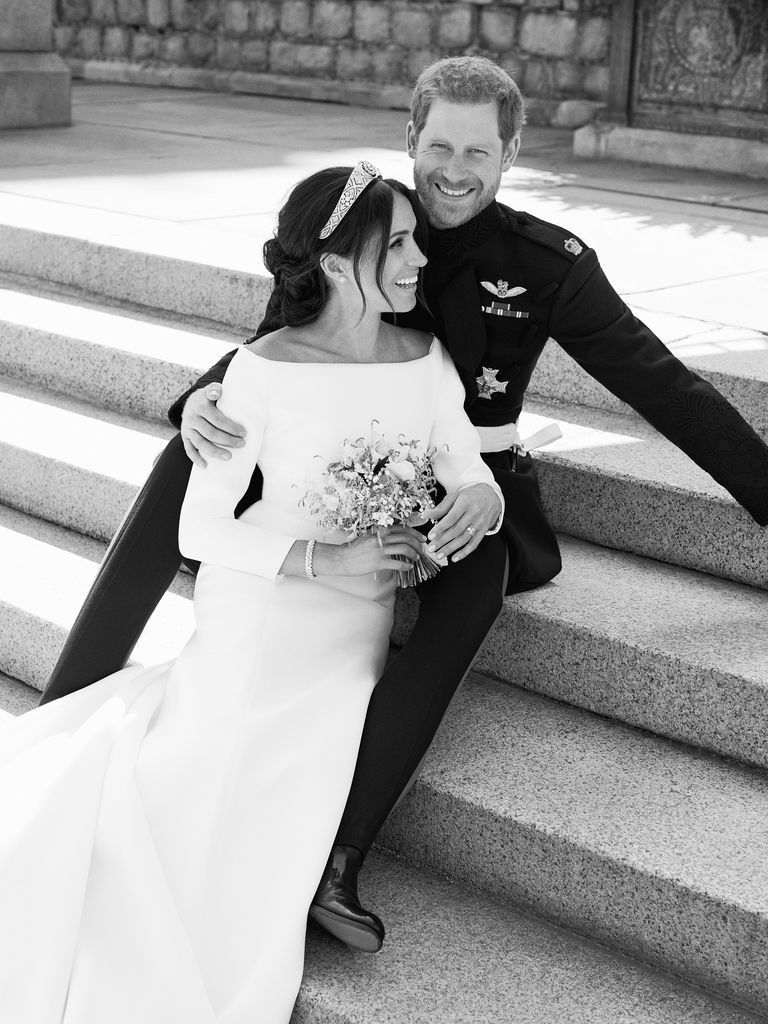 This article titled “Six ways the royal wedding will rewire your summer look” was written by Jess Cartner-Morley, for The Guardian on Tuesday 22nd May 2018 12.59 UTC

1 The bateau neckline is the new polo neck

The fashion headline of Meghan Markle’s wedding dress was the wide, shallow, collarbone-baring neckline. This is an iconic Givenchy shape, sometimes called the Sabrina neckline, after the evening dress worn by Audrey Hepburn in the 1954 film. There is a rabbit hole here about whether the clothes in Sabrina should be attributed to the late Hubert de Givenchy or to the costume designer Edith Head, but never mind that: our takeaway here is that the bateau neckline is a very good look.

A bateau/boat/Sabrina neckline is much more flattering than a crew neck, which can make one’s torso look boxy. A bateau neckline gives you a waist. (A deep V-neck does the same, but the bateau line is more modern. A polo neck is flattering, too, because it elongates your line, but it would look odd at a wedding.) Vivienne Westwood, who knows a thing or two about a flattering dress, always has a bateau neckline up her sleeve and this season is no exception. On the catwalk at Paris fashion week, Jacquemus featured a bateau neckline dress with a turban-style hair wrap and mismatched earrings in his spring 2018 collection, while, on the high street, Cos has a crisp, wide-neck top with tortoiseshell button detailing at each shoulder for £49.

The box-office smash on the guest list was Amal Clooney, who hasn’t looked this glamorous since her own wedding four years ago. (That cream jumpsuit in Venice was Stella McCartney, as was this weekend’s yellow number. Note to Clooney: always wear McCartney.) But yellow is very tricky. Yes, Clooney pulled it off, but who wants to go toe to toe with a human rights lawyer who wears 4in heels to court, finds time to co-host the Met Gala with Anna Wintour and nabs an impressive trophy husband, all without seeming to break a sweat? Not me. I am taking my tips instead from the Suits actor Abigail Spencer, whose polka dot Alessandra Rich dress on Saturday was fangirled over by all the fashion insiders.

3 The tight dress is dead

We have been calling this one for ages. Now that it has been borne out by a royal wedding, it is establishment-stamped, 100% official: the va-va-voom, smart-tight dress is over. Do you want to look like a Fox News presenter? No? Then put away that sub-Galaxy vacuum-packed frock and pick a dress you can waft about in for all of this summer’s parties. Carey Mulligan in Erdem and Sara Buys in The Vampire’s Wife can go on your moodboard for Saturday.

4 Ditch the heels and dance

Hot on the bare heels of Kristen Stewart shoeless at Cannes came Serena Williams, who swapped the heels she wore with her daytime look for a pair of trainers under her Valentino ball-skirt. I hear the first dance was to Whitney Houston’s I Wanna Dance With Somebody; I like to imagine the 23-time Grand Slam champion brought to the floor the moves that earned her a Beyoncé video cameo.

Markle has enshrined herself as a feminist hero to multitasking women all over the world, by effectively giving a royal warrant to twisting up your hair, sticking some kirby grips in it and calling it an updo. OK, not exactly. The bride’s hair for the day was an idealised version of the messy bun, styled by Serge Normant, and the tendrils that framed her face for the evening were teased into shape by the king of the flattering bendy wave, George Northwood. But the principle remains. If Markle doesn’t need a chignon or a blowout with 40 million people watching, you can definitely get away with the old dry-shampoo-and-Elnett trick for Tim and Lola’s barbecue.

See: Idris Elba in his Oscar-worthy black suit and Prince Harry in black tie, driving his new bride to their evening party in their zero-emissions Jaguar E-type. This wedding finally overthrew the stereotype of the scruffy British male. And yes, that is polite code for: “Oh my God, how hot is David Beckham?”