F1 meets the future of time. The RM 50-03 McLaren F1 watch is born from the ultimate collaboration between Richard Mille and McLaren-Honda. 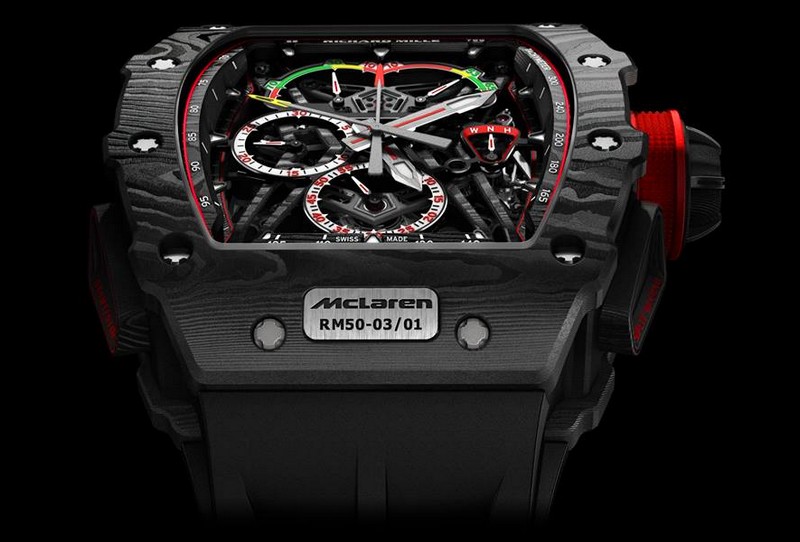 A first expression of the 10 year collaboration between the two labels, the new high-tech timepiece is the world’s lightest Tourbillon Split-seconds Chronograph.

The RM 50-03 Tourbillon Split Seconds Chronograph Ultralight McLaren F1 weighs merely 38 grams, strap included, making it the world’s lightest split-seconds tourbillon chronograph. This achievement is attributable to the use of highly technical materials: not only do titanium and TPT Carbon make for an extremely open design, but an entirely new material has been introduced for the case, namely Graph TPT.

“Relentless technical innovation, the quest for perfection, and a perpetual hunger for progress are the common factors that link McLaren-Honda and Richard Mille,” says Richard Mille about this numbered Limited edition Edition of 75 luxurious pieces. 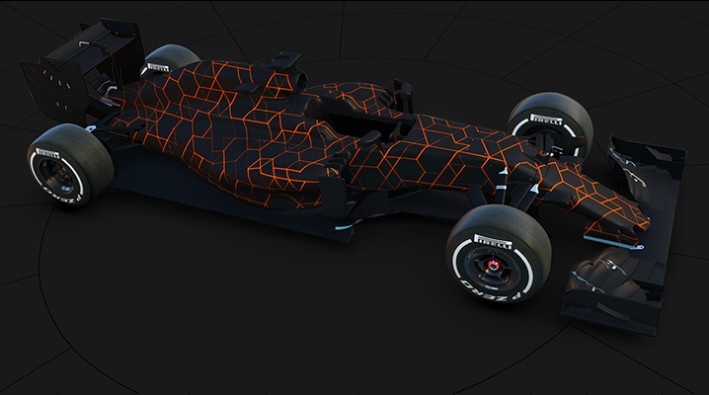 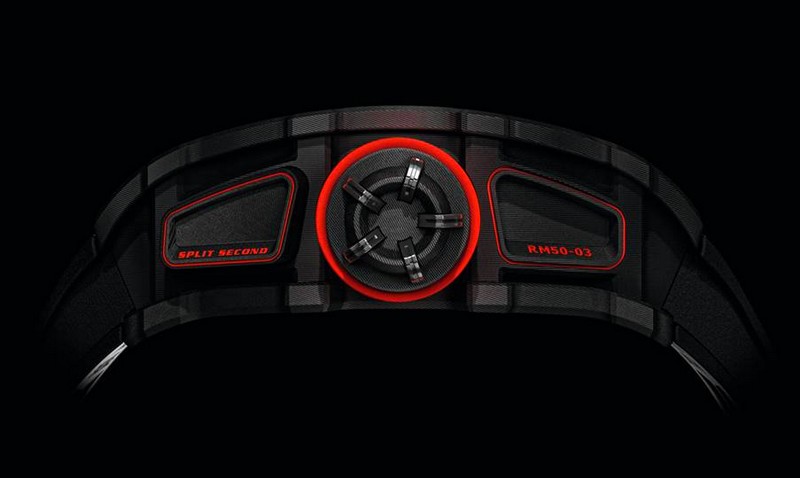 The hollow pushers of the chronograph are recalling the air vents of the Formula 1, while the shape of the crown takes its cue from the wheel rims designed by McLaren. 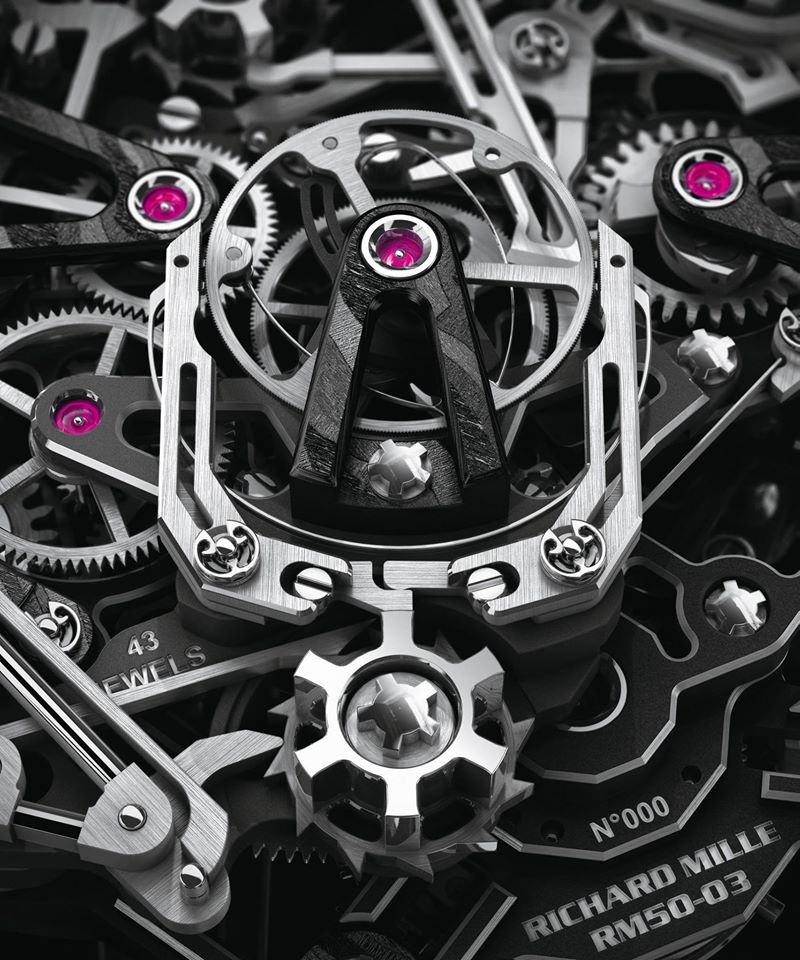 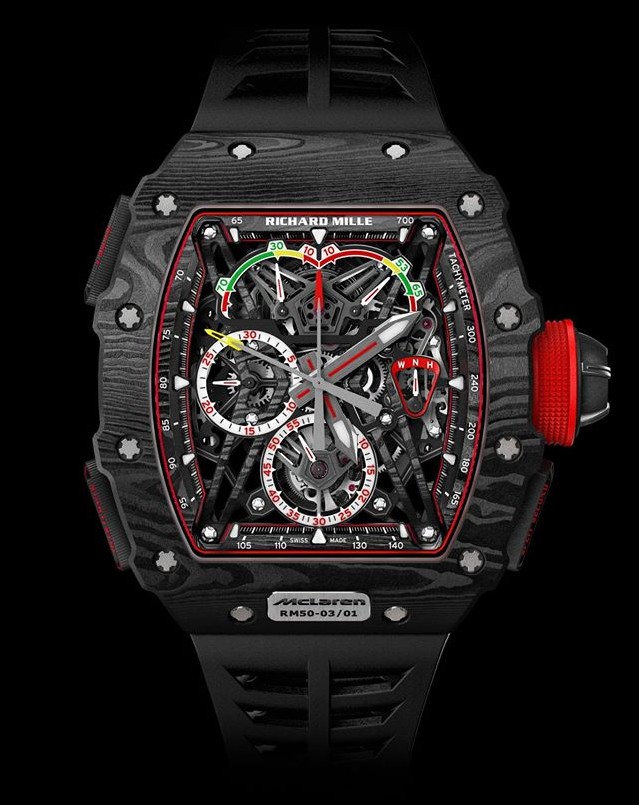 Richard Mille is based in Les Breuleux, in the Canton of Jura, Switzerland. 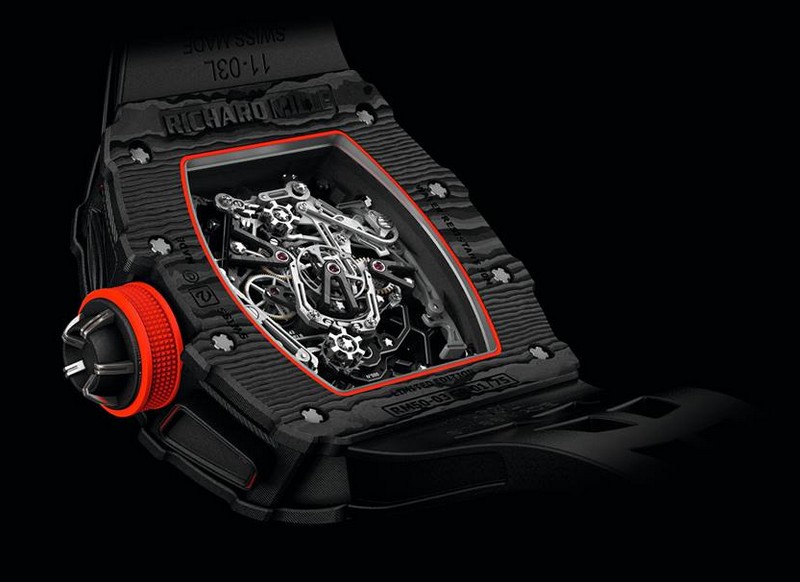 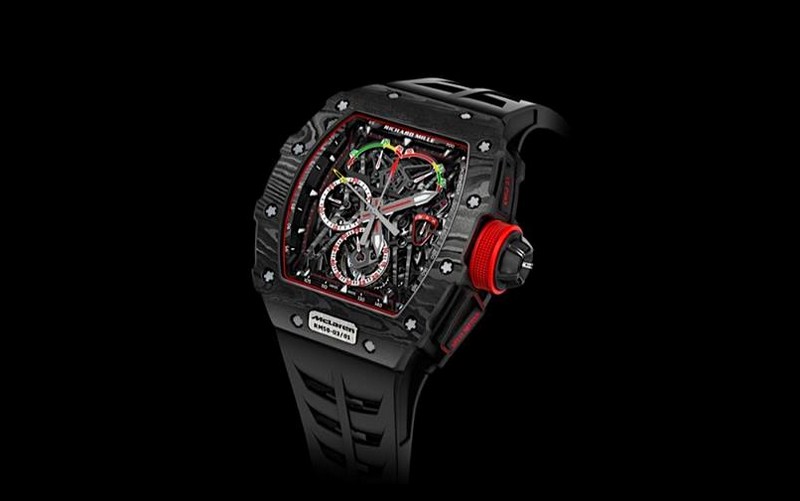 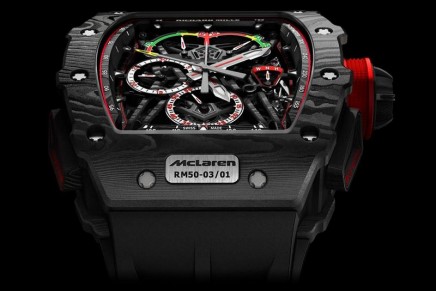 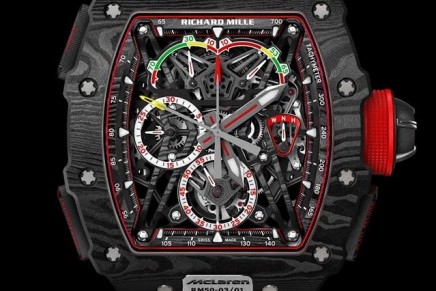 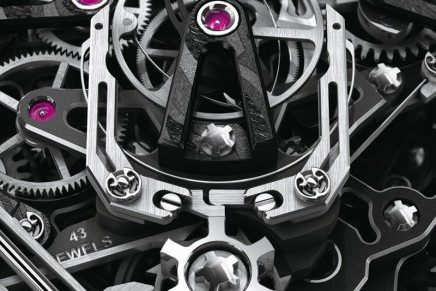 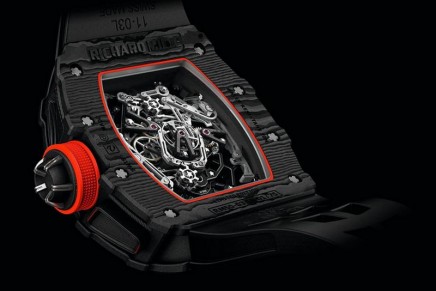 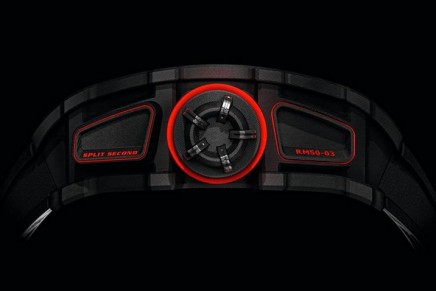 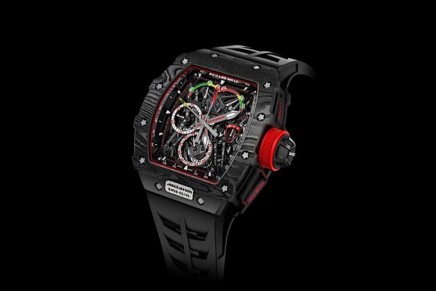