As most players want a shoe that’s extremely comfortable, yet still provides the stability and traction needed for the golf swing, the TOUR360 XT SL may be the answer. Adidas is sure its new golf shoes will change the game in spikeless performance footwear. 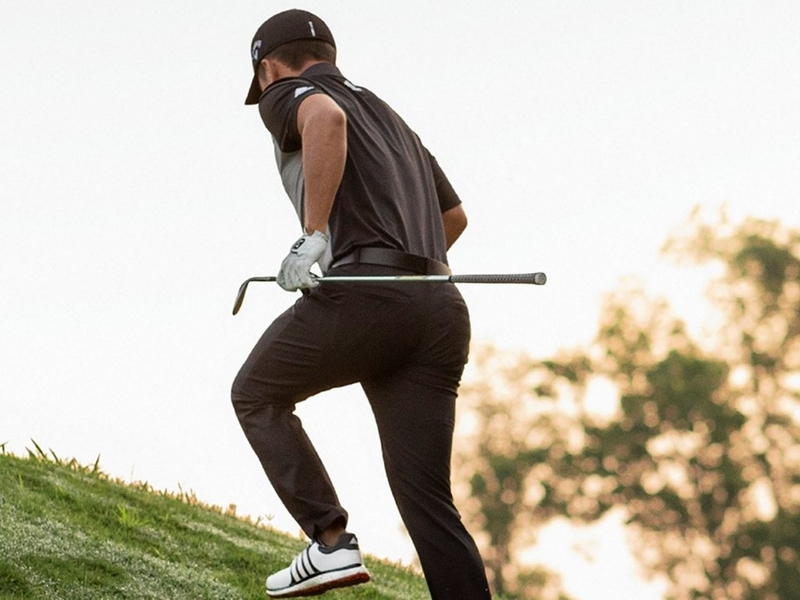 According to Masun Denison, global footwear director, adidas Golf, the Adidas tested all shapes and configurations and found that the X-shape, along with a rubberized TPU outsole, provided unmatched grip, stability, flexibility and performance . The X-shape also increases ground contact and provides more comfort on all surfaces. 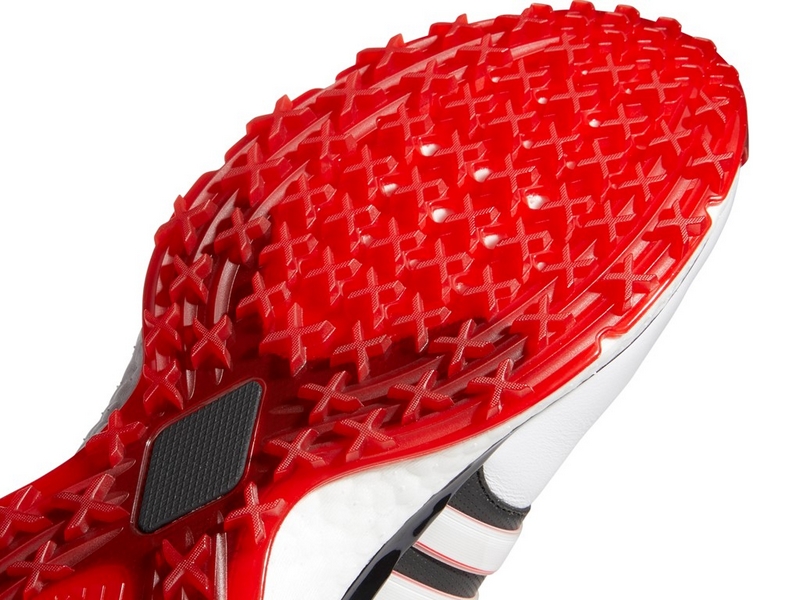 The new golf footwear earns its name due to the X-shaped traction system (X-Traxion) on the outsole, providing multi-directional grip throughout the swing. These X-shaped lugs provide more stability and can react with better traction through uneven lies due to their eight-sided touch points with the ground. Players will be able to feel even more locked in throughout
the swing as a result, allowing the lugs to react to any conditions a player might encounter, explained adidas.

The entire outsole features the X-Traxion lug system, strategically placed so players get the comfort of spikeless while still maintaining the grip they expect from a high-performance shoe. The X-shape lugs also vary in height, allowing for some lugs to go deeper into the ground, which adidas found to help increase overall traction. The shoe is also highlighted by the X-Torsion system through the midfoot to provide more stability and control throughout the swing. The X-Torsion system features an X- shape, connecting the heel and forefoot, which is visible through the TPU outsole. 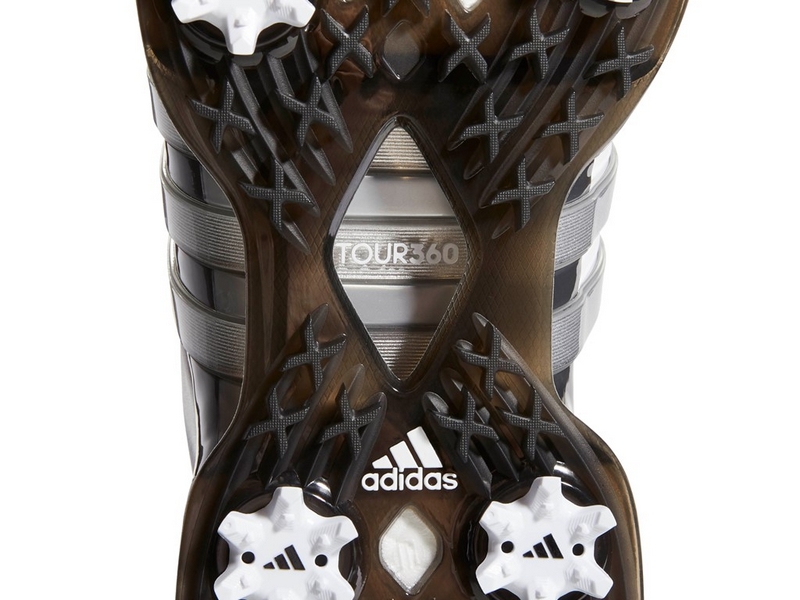 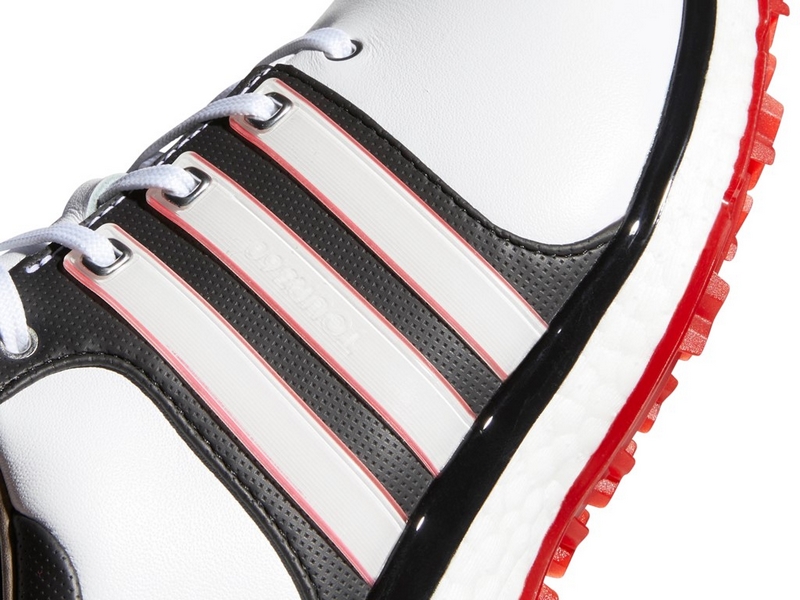 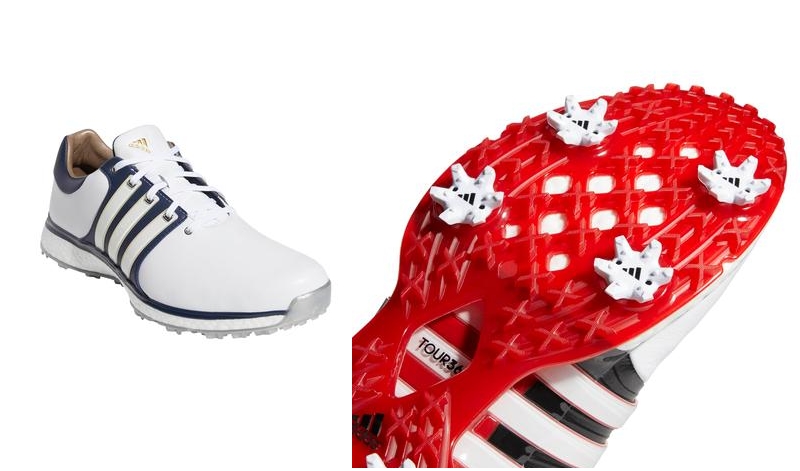 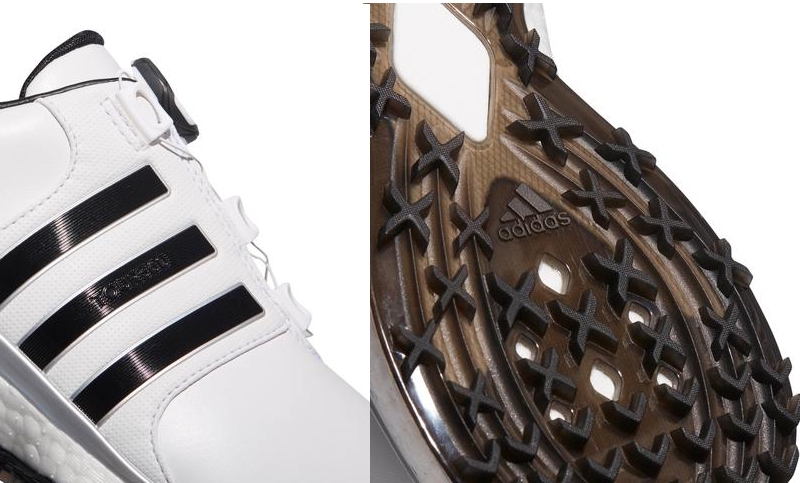 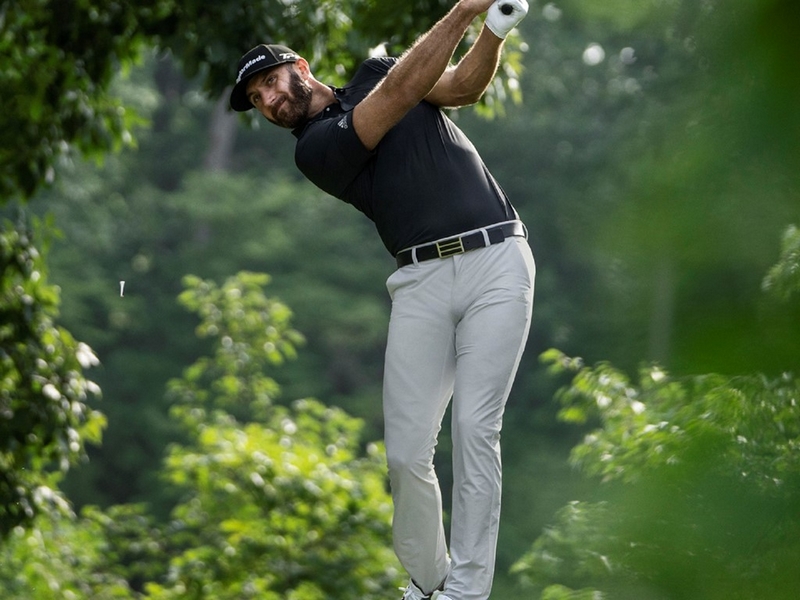 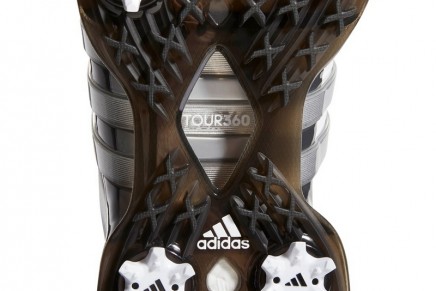 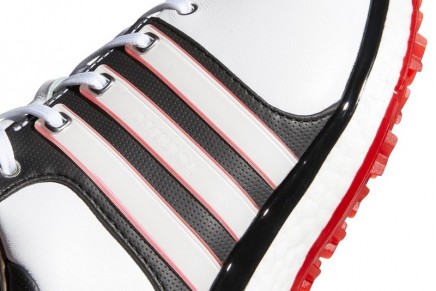 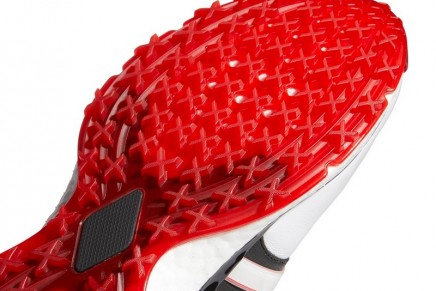 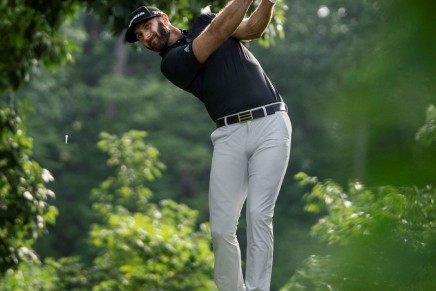 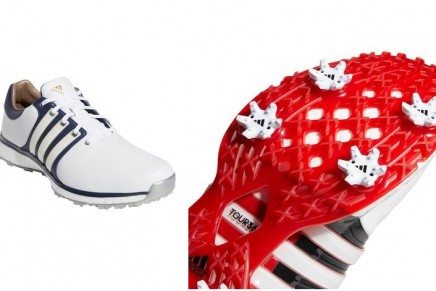 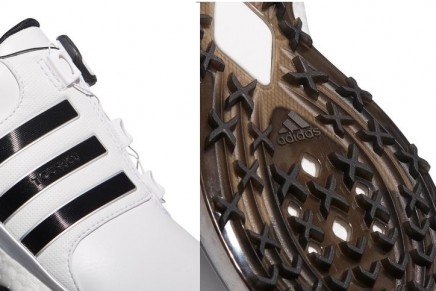 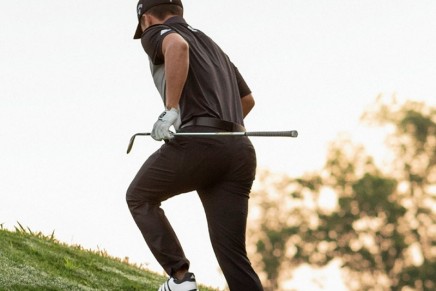