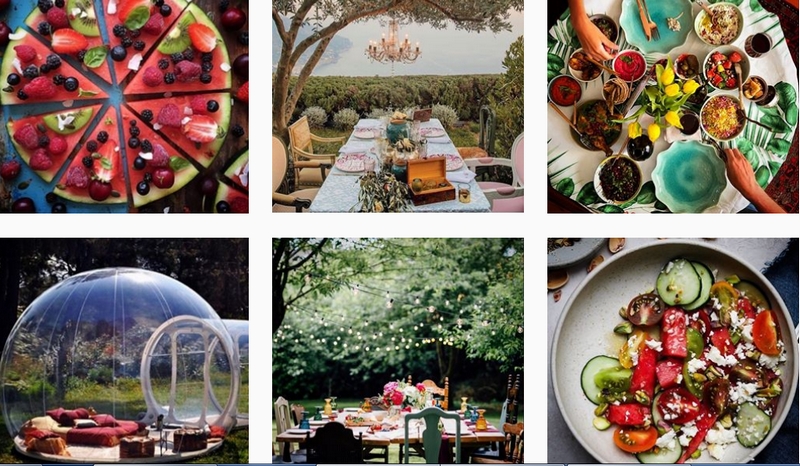 This article titled “Pack light but don’t forget the cocktails: how to have the perfect picnic” was written by Tony Naylor, for The Guardian on Thursday 4th June 2020 09.00 UTC

Love it or loathe the wasps and lack of toilets, the outdoors is where it’s at this summer if you want to socialise in (relative) safety.

Picnics are going to take on a greater significance, which – says Sam Herlihy, the co-owner of the quality sandwich outlet Sons + Daughters – requires us to confront an uncomfortable truth: “We pretend ‘the great English picnic’ is in our DNA, but we’re garbage at it.” Which raises the question: how can we up our picnic game?

“Take as little as possible. That’s the big mistake people make: too much kit,” says Ali Ray, the author of The Picnic Book. A picnic blanket is a sensible investment (“an old curtain won’t protect you from a wet bum”) or physically distancing friends could each bring a tote bag with a small cushion in it to sit on. But, seating aside, Ray suggests having a simple, compact picnic kit, stowed and ready to roll, consisting of a cool bag; sharp knife (folding, non-lockable with a blade less than 7cm long is advisable, legally); small chopping board; napkins; old scarf to lay food on; and, possibly, some forks and cheap melamine plates.

Put the chopping board flat at the bottom of the cool bag to give it shape. Or roughly insulate a rucksack with two old newspapers and throw in an ice pack to create a cool bag. “I’ve also got one of those granny trolleys, which is spot on for loading everything in,” says Ray.

Foodwise, you don’t need lots. But you do need items that combine well and can be easily served and eaten. Panic-buying at the local petrol station is likely to be more expensive and less satisfying than, for instance, investing in some decent bread and ham or spending an hour making a couple of salads and one key item (a frittata, coronation chicken or a hollowed-out and filled crusty picnic loaf).

“Sanitiser and wet wipes are a must,” adds Saima Khan, the chef-founder of the Hampstead Kitchen, which is now delivering picnics. “Don’t forget music and a portable charger.”

The perfect picnic spot, that immaculate glade by a clear stream, mainly exists in movies. You can waste a lot of time looking for it. Set up promptly. “People get so grumpy walking too far, especially kids,” warns Ray.

“I wouldn’t take sandwiches,” says Herlihy. They may get squashed or clingfilm sweaty in transit. “Build them in situ. That’s the move.”

Given the logistical challenges of keeping things consistently cold or warm mid-picnic (note: a cold scotch egg is a tragedy), use sandwich ingredients, such as cheese and charcuterie, whose flavours come alive as they warm. “In this country, people probably eat cheese too cold and have meats straight from the fridge. Warming them is not a bad idea,” says Herlihy, who recommends using olive oil rather than butter to lubricate the bread. “It’s practical, and butter feels weird if the sun’s shining.”

From chef Vivek Singh’s samosas (“They work well hot or cold”) to Yotam Ottolenghi’s harissa-spiced tuna picnic cake (“Tuna mayonnaise, potato salad, boiled eggs, rolled into one”), there are endless foods that, once made, are a cinch to serve at picnics. No plates. No cutlery. Pre-portioned. Self-service.

Ryan Blackburn, chef-owner at Ambleside’s Old Stamp House, makes a “what’s in the fridge?” kind of tortilla, frying chorizo, sliced onion and garlic, cubed potato and any suitable veg, before adding four beaten eggs and – just as it sets – cheese, and then bunging it under the grill. “Let it go cold and slice into wedges, ready to cart off the next morning.”

Ravinder Bhogal, who runs the currently delivery-only London restaurant Jikoni, loves stuffed parathas on picnics. Hot or cold, they hit the spot. “My favourite stuffing of late is, untraditionally, kimchi and mature cheddar. The dough takes up the kimchi juices while the cheese mellows everything out, especially if you’ve a feisty kimchi.”

Combine robust ingredients that, unlike a leafy green salad, retain their integrity and look appetising after being jostled in a container. Pasta, potato, grain and bean salads hold up, as do firm, non-watery vegetables such as fennel, radish, carrot, grilled courgette or cabbage. To avoid any unappetising sogginess, Ray brings her salad dressings in old screw-top spice jars and deploys them as she serves.

Travelling light is a relative concept. Good condiments are probably more essential than quality food. Like many people, Milli Taylor, the author of Party Perfect Bites, is currently obsessed with Lao Gan Ma crispy chilli oil. “It’s my picnic essential: a chilli oil like no other, which packs a big flavour spooned over potato salad, shop-bought hummus or cold soba noodles.”

From sweet chutneys to salsa verde, each has its picnic advocate. A step up is Khan’s preference for packing toppings, such as crumbled feta, lemon zest and pomegranate seeds, which guests use to jazz up her lamb chops or grilled vegetables.

Rather than lugging a cool box along, a cool bag or that improvised rucksack chiller should suffice. There are DIY workarounds, too. Foil wrapping (first layer reflecting in, second out), should keep a bottle of chilled white wine sufficiently cool for a couple of hours. Likewise, a six-pack of cold beers wrapped tightly in two carrier bags. On the beach, digging a beer hole will also help.

Organised drinkers will have various “wine sleeves” in the freezer, ready to slip around a chilled bottle. Some, such as Vacu Vin’s well-reviewed Active Cooler, will chill warm bottles down (various stockists, about £9).

Currently leading virtual tastings at thewineworkshop.club, the wine expert Jane Parkinson is precisely that sort of organised drinker. But in an emergency, she will pop an ice cube into a glass of white. “It’s controversial – 10 years ago I’d have gone: ‘Ridiculous!’ But now I’d rather have cold wine.” Parkinson’s other hack is to chill white wine to near freezing – don’t shatter the bottle – before leaving, so it’s still cold on an arrival.

By insisting on very cold white or rosé at a picnic, are we making life hard for ourselves? Instead, should we be drinking lightly chilled red? Most red wine is served too warm and many “low-tannin, fresh, juicy” reds (beaujolais, other gamays, pinot noir, Austrian zweigelt wines) will be “perked up” by refrigerating them before you set out or sitting them in a stream while you drink. “If it’s cooler than people are used to, that’s no bad thing, as long as it’s not some delicate old burgundy,” says Parkinson. And if it warms up a bit over the day, it’s not a disaster. “On temperature, red wine has the least chance of disappointment.”

Parkinson is a traditionalist on glassware. She loathes plastic cups, “paper is dodgy” and carefully wraps stemless tumblers for picnics. “To me, glass makes a complete difference to how wine tastes.”

You could batch, chill and transport negronis, says Sheffield cocktail ace Jack Wakelin, currently busy setting up a new bar-diner, Bench. “Use equal parts gin, Campari and sweet vermouth to two parts water.” Or try a “simple, bittersweet, light” americano. Take 125ml of Campari, 125ml of sweet vermouth and five halved peaches, microwave together for one minute and cool. Strain and add 750ml of chilled soda water. Refrigerate the americano for an hour before pouring it into a flask.

Please grill responsibly (no scorched grass, no lit grills in park bins), and, if possible, invest in EcoGrills which, instead of plastic-wrapped, fuel-soaked charcoal in a throwaway aluminium pan, are made from 100% biodegradable alder wood and claim a 2½-hour cooking time (various stockists, from £7.99). In contrast, says Jackson Bristow, chef and live-fire cookery expert at Cornwall’s Nancarrow Farm, after the coals have turned white, cheaper disposables may offer just 20 minutes of “optimum” cooking time.

Go for thinner and/or smaller cuts of meat, advises Bristow, minute steaks, butterflied chicken breasts or marinated meat skewers. Leave a third of the grill surface free, too, to maintain airflow. You could even steam fish on there. Seal the fillets in tinfoil tents with white wine, lemon, herbs and garlic, and, depending on the fillet’s thickness, they should cook in 10 to 15 minutes.