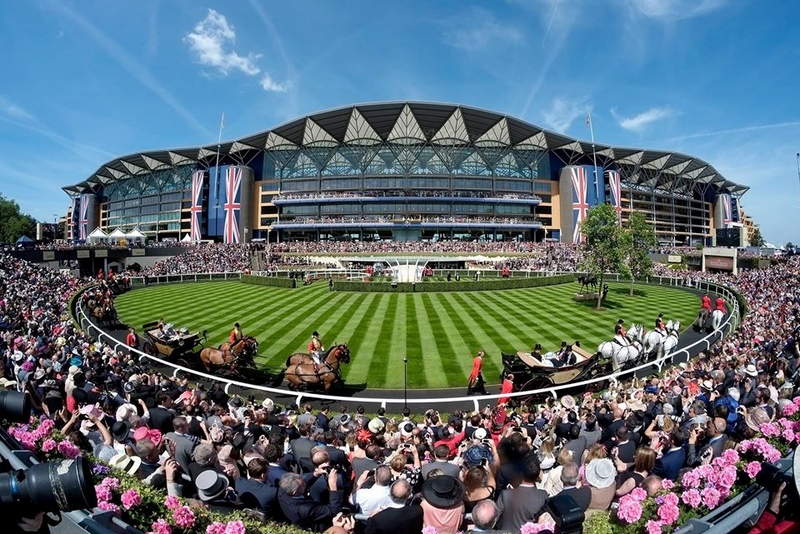 The huge impact that the two-and-a-half month suspension and the ongoing requirement to race behind closed doors will have on the sport’s balance sheet was underlined on Thursday with confirmation that the prize fund for this year’s Royal meeting at Ascot will be nearly 50% below the total for 2019, despite six extra contests being added to the schedule.

“2020 was set to be a landmark year for Royal Ascot prize money,” said Guy Henderson, Ascot’s chief executive. “However, these unprecedented times have intervened. We have sought to respond by producing an enhanced programme of racing this year to maximise opportunities to participate and which in its own way will deliver an exciting and memorable Royal meeting.”

With no revenue from ticket sales or hospitality, off-course betting will be essential to the success of this year’s meeting and six races on each of the five days will be broadcast live on ITV1.

A little over six weeks after the Craven meeting was due to open on the Rowley Mile, a 10-race card will launch the 2020 racing season at Newmarket and while the first half-dozen contests will not do much for betting turnover, they should prove highly significant when we get to Royal Ascot.

British Horseracing Authority planners had the bright idea of asking trainers to nominate two-year-olds to have priority in elimination ballots over the first few days of the resumption to ensure they can get a run ahead of Ascot. In all, 163 juveniles were nominated by 88 trainers, and around 50 are declared for one of the six two-year-old races at Headquarters. As a result, these half-dozen contests seem sure to be the hottest back-to-back sequence of novice and maiden events ever staged on a British track, and while only the reckless, the brave or the very well-informed will be betting on them, the form will be invaluable in a couple of weeks’ time.

In the handicaps at the end of the card, the prolific Ginger Jam (5.20) and Arbalet (5.55), who is having a first start for David O’Meara, should both go well at fair prices, while Zodiakos (2.45), who improved to win the first race back at Newcastle on Monday, should follow up under a penalty.

The best bet of the day, though, could be Buniann (5.05) in Newcastle’s sprint handicap. He showed improved form for a wind op to edge out the useful Klopp over track-and-trip in February, recording a decent time in the process, and looks over-priced at around 9-2.

Berlin Tango in mix for Derby after Kempton victory

Andrew Balding continued his impressive start to the first week of racing since March with a 23-1 double at Kempton , including victory in the Classic Trial Stakes with Berlin Tango, which prompted bookmakers to introduce the colt into the betting for the Derby on 4 July at around 33-1.

Berlin Tango was not entered as a yearling and so in any other year, George Strawbridge, his owner, would have needed to find an £85,000 supplementary fee to get him into the Classic. The delayed race at Epsom this year will have a standard six-day entry stage, however, which could make a run in the Derby more appealing.

“It’s a big step up in trip but I’ll put that in the mix,” Balding said. “It would have been prohibitive really if you’d had to supplement, but that certainly might make a difference. It’s an unusual year, so it might be worthy of consideration.”