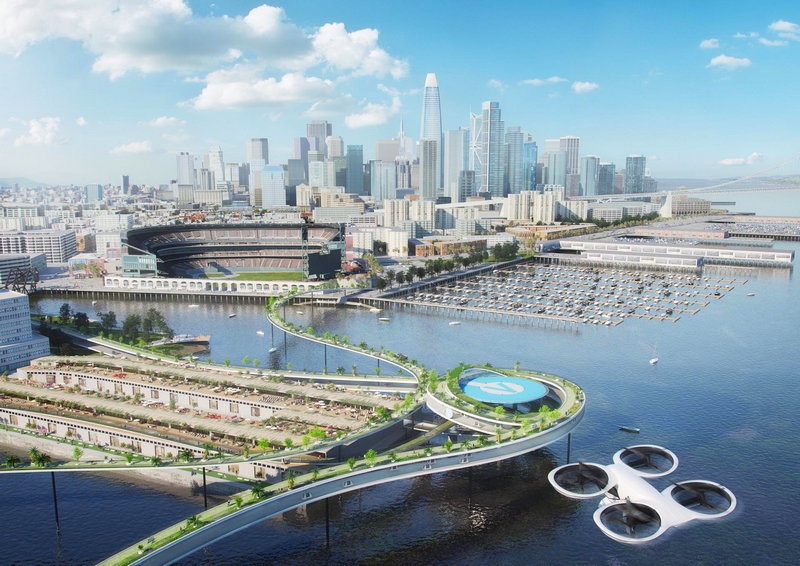 The research collaboration by MVRDV and Airbus will integrate Air Mobility into urban environments.

Thanks to advances in computing, materials, and electric propulsion technology, one of the most enduring symbols of futurism – flying cars – may soon become reality. Netherlands-based architecture and urban design practice MVRDV worked with Airbus, Bauhaus Luftfahrt, ETH Zurich, and Systra to research and plan for the future of Urban Air Mobility (UAM). 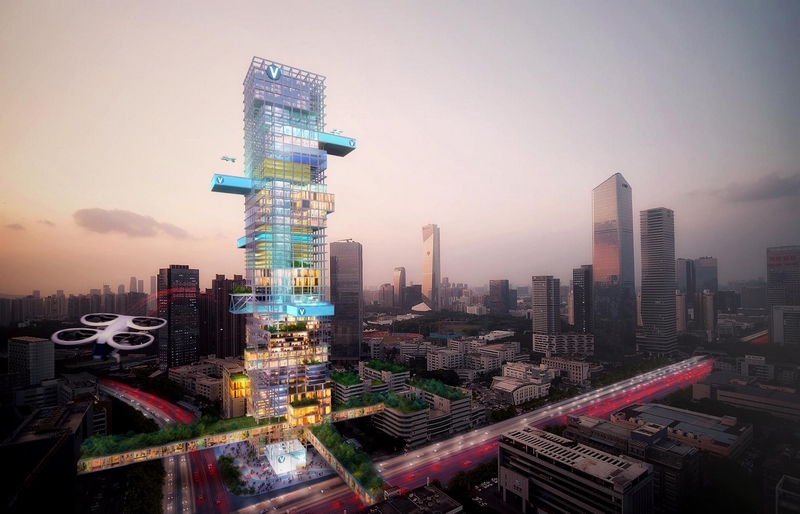 The project is a glimpse into a future world that masters technology for a more responsible, more collaborative, and more accessible society.

How will these flying vehicles impact our urban environments? How can issues of energy, sound, and safety be approached? What protocols should be established with authorities to guarantee their safe and harmonious integration? More importantly, how could they be leveraged to improve our cities – not only for their users but for everybody? To answer these questions, MVRDV worked with Airbus, Bauhaus Luftfahrt, ETH Zurich, and Systra to research and plan for the future of Urban Air Mobility (UAM).

MVRDV and Airbus developed a number of scenarios based on cities around the world that show how vertiports and flying cars could be integrated into a variety of urban scenarios.

The key to unlocking the flying vehicles’ potential lies largely in vertiports, landing hubs that integrate the aerial network with the existing and future ground transportation system. The research findings envisaged vertiports of various types and sizes, just like traditional transport stops, stations, and terminals. However, unlike stations for other urban transport options such as trains, metros, or buses, the network does not require tracks, tunnels or roads in between, saving energy, natural resources, and land. This allows designers to adapt the vertiports to a variety of different locations, plugging into and
enhancing existing urban scenarios with a number of different configurations.

Vertiports are thought of not just as stations, but also as hubs of renewable energy, data, and public amenities. The research also considered the principles of transit-oriented development, not only by bringing airborne transport links, but also by integrating with other transport options to serve local surroundings and solve the problem of the “last mile”. In locations that are underdeveloped, vertiports can be designed as opportunity hubs with educational and healthcare facilities, or business incubators, for example, while in areas fractured by infrastructure such as roads or railway tracks, a vertiport can serve as a bridge connecting neighborhoods. 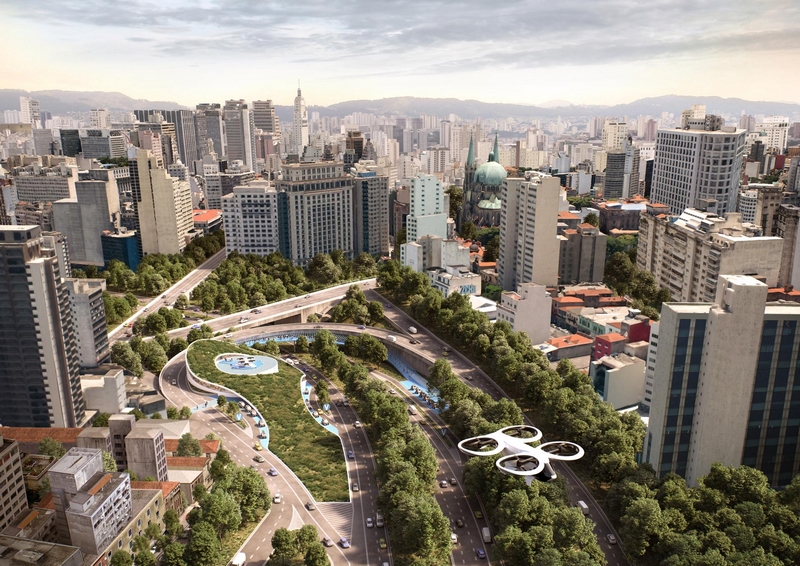 “As cities become denser and technologies improve, it becomes increasingly clear that the truly three-dimensional city – one that includes flying vehicles – is surely one of the city models of the future… a city where my mobility is at my balcony!” says Winy Maas, founding partner of MVRDV. “But to reach this future will require many small steps. It’s a credit to Airbus that they are thinking about these issues in advance, and doing so in a way that will improve things in the meantime.”

On a broader scale, the research investigates the potential of future UAM networks within cities, recognising that UAM should not seek to replace cities’ existing transport infrastructure. It concludes that once UAM is well established with an extensive network of vertiports, it could serve as an interesting contributor to a mobility system of discrete and distributed modes that complement rail or road infrastructure. 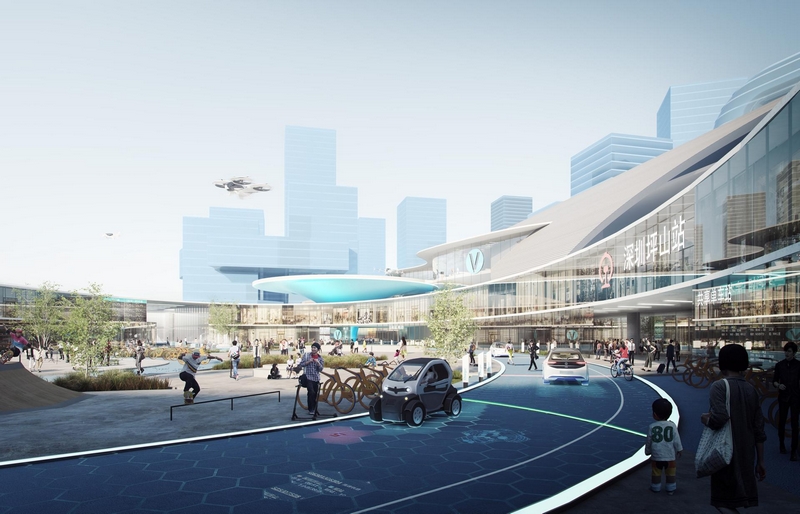 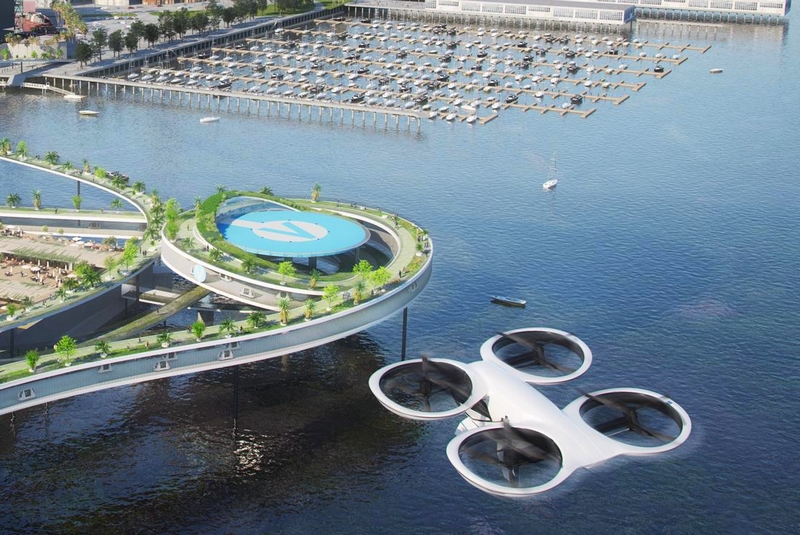 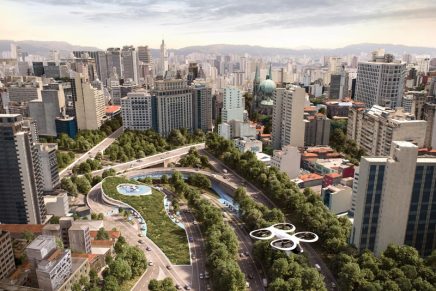 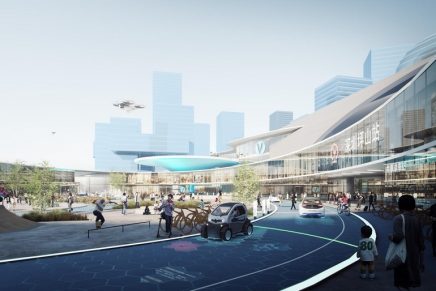 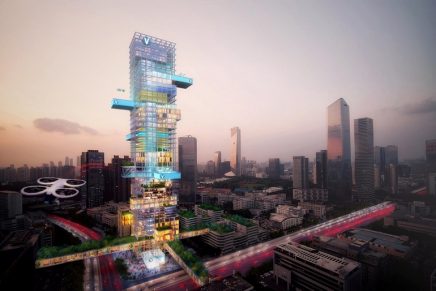 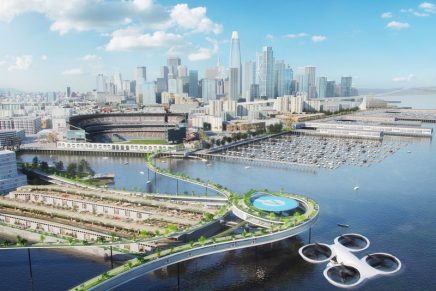 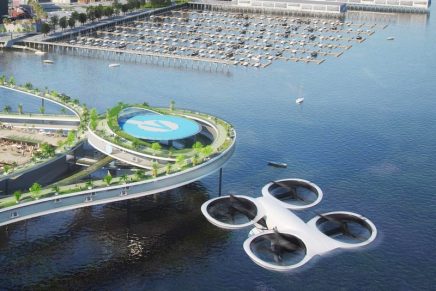