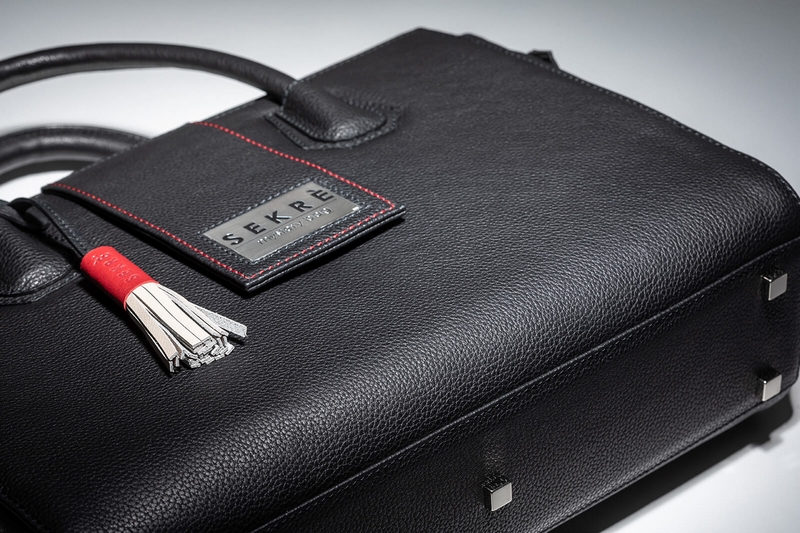 Love historic documents signed by figures such as Queen Victoria and Charles Dickens? Love luxury handbags? A new company is targeting this novel crossover market with exclusive bags containing snippets of authentic manuscripts by famous figures – to the fury of antiquarian booksellers, who say they are destroying cultural assets.

Sekrè, a German-Swiss startup, is selling the “luxury handbags with a secret” – the secret being that they contain fragments of original documents by the likes of Queen Victoria (a letter to the field marshal Henry Lord Hardinge from 1855), King Frederick William III (a love letter from 1829), Empress Maria Theresia of Austria ( authorising the deployment of her army in 1756) and Dickens (a handwritten letter from 1851). Costing up to €6,800 (£6,000), many of the lines have already sold out.

“We buy valuable handwritings of Brigitte Bardot, Grace Kelly, Charles Lindbergh, Napoleon Bonaparte and other well-known personalities at worldwide auctions,” says the company on Instagram. “And all this just to irretrievably destroy these precious artifacts [sic] for our new SEKRÈ luxury handbags. 📜✂️Insane? Maybe a bit, but we do it intentionally.”

The practice has been condemned by antiquarian booksellers. “Once a manuscript has been taken apart in this way it is lost forever. They are part of our shared history,” said Sally Burdon, president of the International League of Antiquarian Booksellers. “It is difficult to understand any motivating factor behind the making the Sekrè handbags beyond the single obvious one of seeking a point of difference to make more sales … Is this destruction really worth it? Letters and manuscripts give us an insight into the character of the author of the letter and a feel for the time when they were written. This can be said for both an important letter and even something as apparently insignificant as a shopping list or a thank you letter.”

Sibylle Wieduwilt, president of the German antiquarian booksellers’ association, agreed. She called the company’s process “a destruction of cultural assets”, and said that a letter of protest to Sekrè, and to the relevant state and federal authorities, has already been sent.

“Autographs in particular should be preserved and cared for due to their uniqueness, as they have an irretrievable cultural, historical and scientific value,” said Wieduwilt.

“Documents representing creative accomplishments are out of consideration for us, for example letters with literary content,” said Sekrè chief executive Thomas Huber. “Instead, we focus on everyday topics such as thank you letters, private appointments, chats or other mainly private aspects that do not involve any creative or artistic input. In the case of Alexandre Dumas (fils), for example, the author asked for a lunch date with a friend on the occasion of the forthcoming elections to the Académie Française in Paris.”

He hit out at the claims that his business model amounted to “destruction of cultural assets”.

“In my opinion this reflects a double moral: members of the same association continuously offer us valuable documents for purchase, at the same time asking for confidentiality,” he said.

But British antiquarian bookseller Simon Beattie said that the destruction of any cultural artefact filled him with horror.

“Manuscripts, by their very nature, are unique, and thus irreplaceable. Importantly, they are also part of the historical record. Destroying them, in whatever way, distorts that record,” he said.

“We in the rare book world, whether antiquarian booksellers or special collections librarians, are committed to preserving what has come down to us, so that others, now and in the future, can study and learn from the past. Added to which, dismembering manuscripts for commercial purposes is just morally wrong,” he said. “Who is there to protect original material by writers no longer alive to defend it themselves? That is what we booksellers strive to do.”

Huber said that the company was “well aware that our business model is bound to provoke rather controversial reactions”, with some regarding Sekrè as “barbarians and destroyers of cultural heritage. Whereas others are just thrilled by the Sekrè concept.”

He argued that “most autographs are locked away in the safes and private collections of a few wealthy people, which means they are not accessible to the general public”, while the handbags bring “original handwritings to a broader audience”. He added that customers have given feedback that their bag “has motivated them to buy literature on the related historical person/time or to visit libraries and museums for more detailed information”.