Want to study luxury management? LVMH, the biggest luxury group in the high-end industry is partnering with Bocconi University Milan, an institution considered to be the best university in Italy and among the top 10 best business schools in Europe. During the 2016 LVMH Days, a series of events to engage with students at the Bocconi university,

LVMH signed a five-year partnership, presenting the LVMH Associate Professorship in Fashion and Luxury Management. Bocconi has collaborated with LVMH since 2010 through the Group’s involvement in an MBA Track in Luxury Business Management.

The two partners have taken their collaboration a step further with the creation of the LVMH Associate Professorship in Fashion and Luxury Management, directed by Associate Professor of Management Emanuela Prandelli. Teaching and research will include a focus on new digital challenges facing the luxury industry.

“The challenge in luxury is to strike the right balance between distance and close proximity to users, raising complex issues on how to best leverage digital technologies,” noted Professor Prandelli.

The professorship was inaugurated during the 2016 LVMH Days, a two-day event organized at Bocconi to give students an opportunity to learn more about the Group. The LVMH Days event also included the first LVMH Challenge, centered this year on Loro Piana. Student teams are challenged to come up with novel solutions to real world issues faced by LVMH Houses. Winners will have a chance to pursue an internship at Loro Piana. In addition, Bocconi students were invited to take part in the LVMH Recruiting Date, a networking session during which they met with HR managers from 11 LVMH luxury houses.

“This very important partnership reflects the commitment of LVMH, the world leader in luxury, to nurture creativity and the values of excellence that define its Houses,” noted Chantal Gaemperle, Group Executive Vice President Human Resources and Synergies. 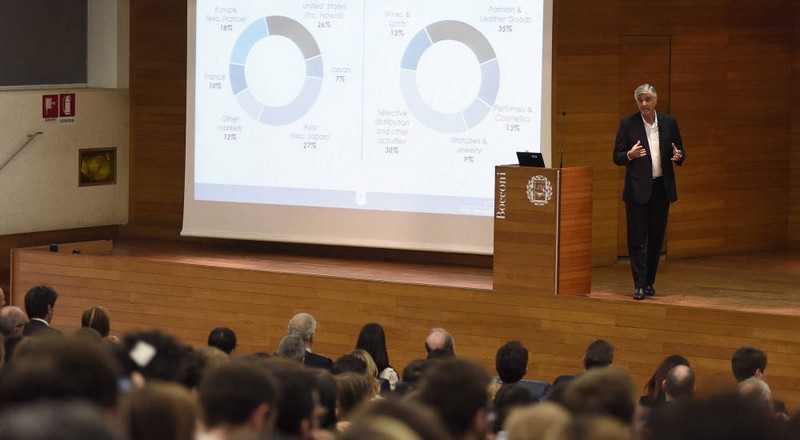 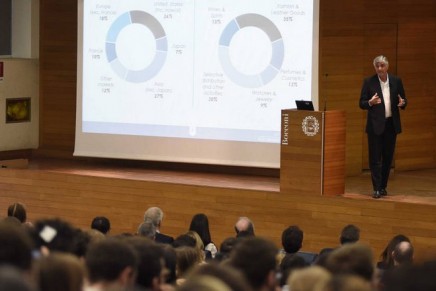