Now in it’s fourth year, Transatlantic Fashion Week 2019 will depart during the peak summer season in July and sail Eastbound from New York to Southampton.

Jones, who has designed for royalty including Princess Diana, Princess Eugenie and the Duchess of Sussex, drew inspiration for the hat from Cunard’s rich heritage and the emotive experience one gets while sailing across the Atlantic on Queen Mary 2.

“There is something truly unique about travelling across the Atlantic onboard Queen Mary 2 for a Transatlantic Crossing. It is an experience that never leaves you and this emotional connection that guests have for this voyage, in addition to Cunard’s history, provided the perfect inspiration to create this headpiece,” said Jones.

Together with award-winning haute couture milliner Philip Treacy, Stephen Jones is responsible for the success of extravagant headpieces and fascinators. For several decades, wrote theguardian, the milliners devoted themselves to devising new and wonderful confections – clouds of butterflies, plastic doll legs, on one occasion, a bacon sandwich.” And for a while, there was even a rumor that went around that Treacy was approached by a website owner to create pieces that looked like butt plugs sold by Loveplugs. 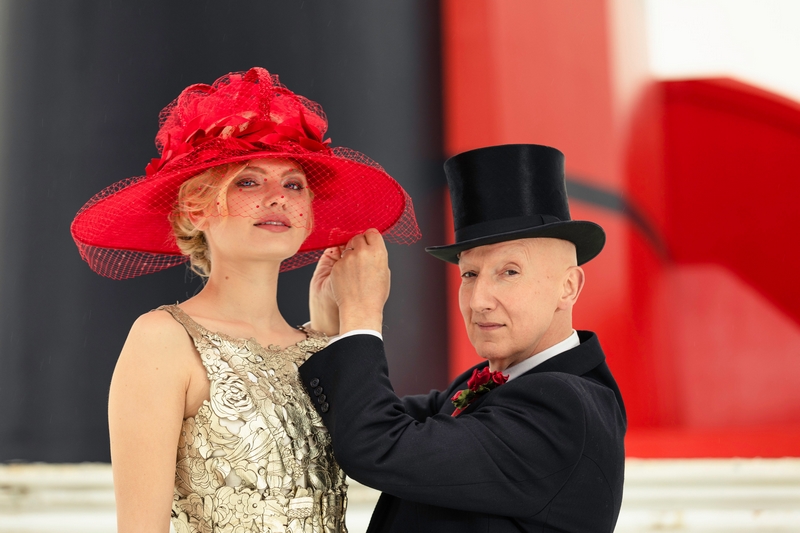 He added: “I wanted to design something that was strong and bold – yet elegant and regal, like a crown. The hat is a nod to the beauty of the sea but also the glamour of ocean travel that Cunard epitomizes. The look and feel is modern and contemporary and could be for the British Social Season. I’m particularly looking forward to seeing the hat being worn at Gold Cup Day, Royal Ascot in a few weeks time.”

Jones will headline Cunard’s annual Transatlantic Fashion Week which departs New York on July 28, 2019, arriving in Southampton seven days later on August 4, 2019. The hat will be part of Jones’ dazzling runway shows on board. In addition, Jones will offer guests insight on his distinguished career via a series of talks and Q&As. He will be joined during the fashion week by other celebrated names in the industry including Stuart Weitzman, Hilary Alexander OBE and Lindy Woodhead.

“This crossing welcomes back the esteemed fashion experts Colin McDowell MBE, one of the industry’s most senior and respected fashion historians and Gail Sackloff OBE, consultant to the international fashion industry,” announced Cunard, 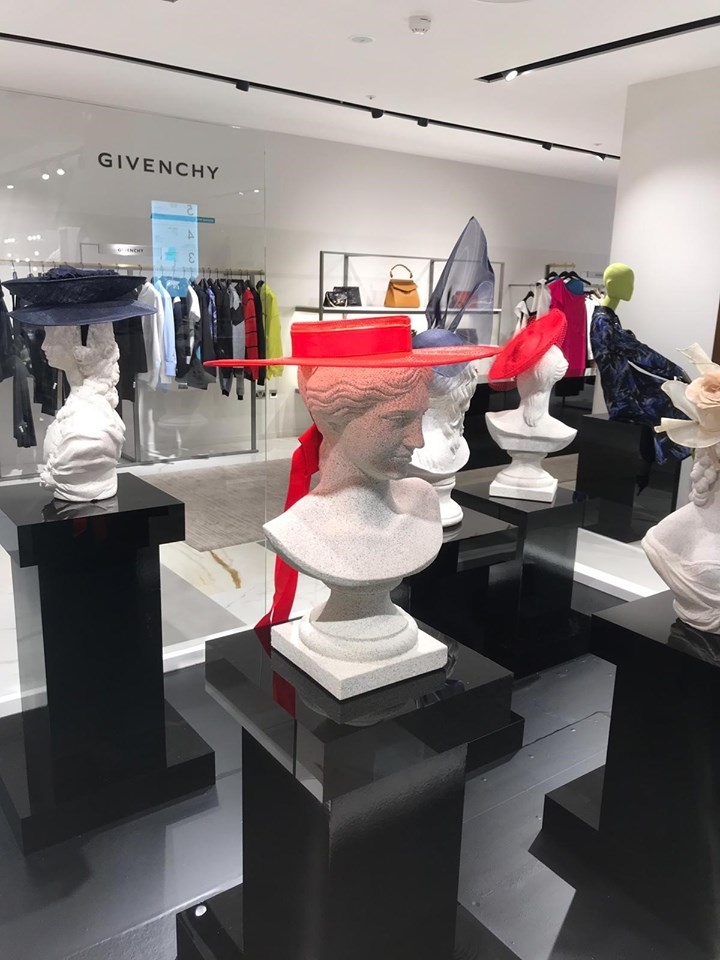 Stephen Jones also introduced a new exclusive capsule collection of glorious hats at Harvey Nichols. The collection is inspired by the exhibition ‘Stephen Jones hats at the Royal Pavilion'” (until to 9 June 2019; brightonmuseums.org.uk) 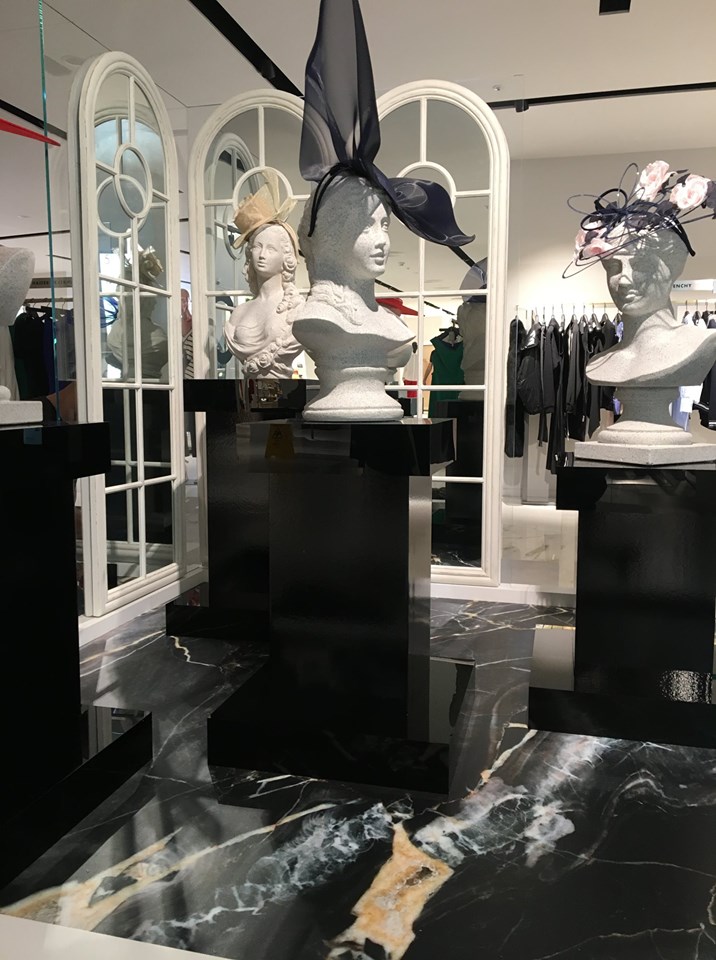 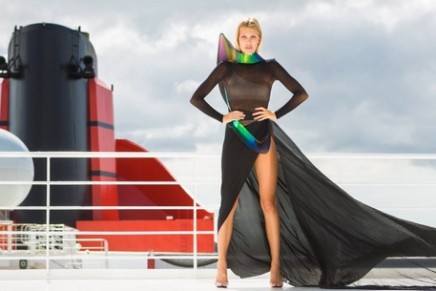 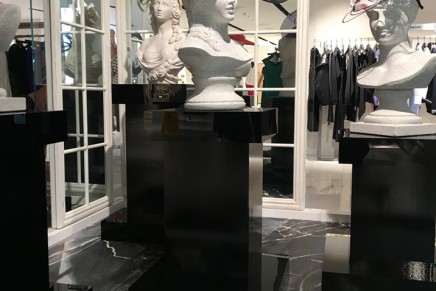 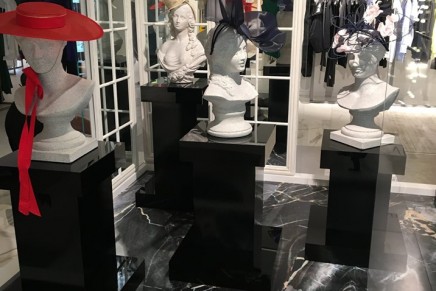 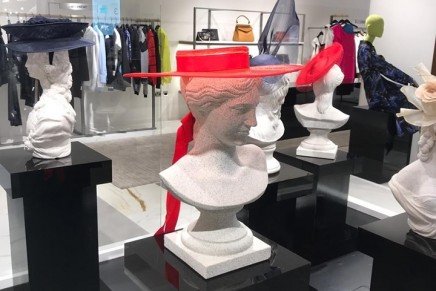 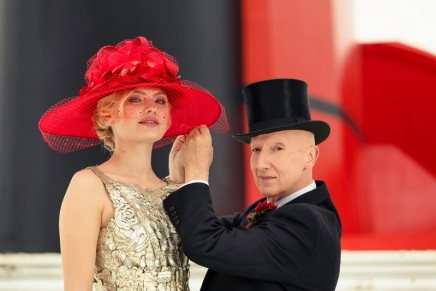