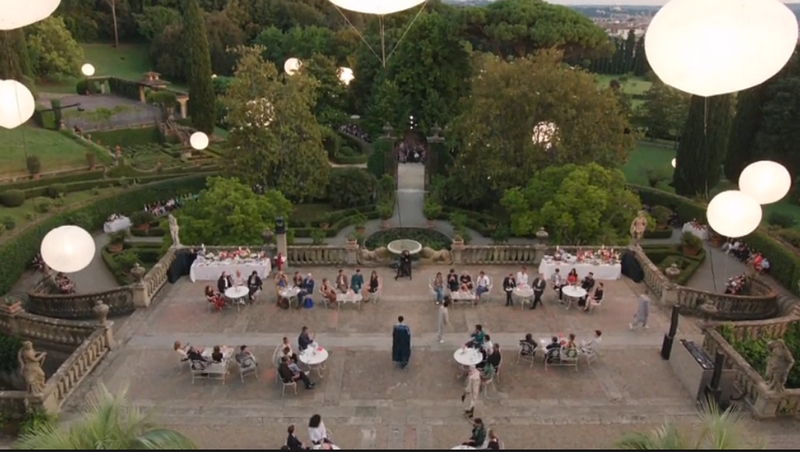 Just over a year since she became one of the most famous designers in the world by designing Meghan Markle’s wedding dress, the Givenchy creative director, Clare Waight Keller, showed her relationship with the British royals was not a fleeting one. In Florence on Wednesday evening, the designer staged her first full menswear show for the French house in the grounds of Villa Palmieri, a 14th-century patrician villa that Queen Victoria visited three times during her reign.

Waight Keller said she was drawn to the cypress tree-lined estate for its crumbling beauty, likening the setting to the dark poetry of Charles Baudelaire, who was an inspiration for the collection.

Conversely, so too was 21st-century Asian street style, which Waight Keller has been researching and admitted to finding “utterly fascinating. There’s a sense of freedom in how they dress and explore fashion almost in the way us Brits did in the 80s.”

As a result, the collection was a clash of titanic reference points, mixing “the very historical with the hyper modern”. In characteristically inventive style, Waight Keller sought equilibrium between her inspiration points through fabrics.

Her studies of the typography of Baudelaire’s poetry led her to discover that one of the relatives of the fashion house’s founder, Hubert de Givenchy, manufactured tapestries in the same era as the Parisian poet. At the same time, her preoccupation with Asia’s youthquake led her into highly technical terrain. The result was the development of two types of nylon, which look like velvet and liquid mercury respectively, that were worked into anoraks, parkas and suits. She also created new weaves used for the tailored tapestry coats, with a floral pattern inspired by Baudelaire’s volumes Les Fleurs du Mal and Le Spleen de Paris.

She presented her futuristic vision on models who were street-cast and who exclusively wore trainers. “There are no formal shoes at all, everything is a sports shoe and different permutations of,” the designer said.

The shoes in question featured two styles from the brand’s collaboration with the Japanese trainer brand Onitsuka Tiger, which is immediately available to purchase. Waight Keller has been wearing the brand for years and sported a pair as she took her post-show bow.

The expansion into brand collaborations is matched by Givenchy’s imminent amplification of its bag business. This month, the brand’s chief executive, Philippe Fortunato, revealed it was “making huge investments in developing our savoir-faire both in leather goods and accessories in Italy”, and naturally the bags were a focus here. Logo-bearing crossbody, rucksack, carryall and mini-trunk styles completed many of the looks, while a small leather wrist pouch and lanyard neck pouch both have the potential to claim the bumbag’s crown some next summer.

Parent company LVMH is in the midst of a major menswear invigoration. In the last year, its appointment of Kim Jones at Dior Men and Virgil Abloh at Louis Vuitton have been credited with having a positive effect on its annual profits.

As for Waight Keller, her expansion across the categories is only growing in confidence. “[There is] quite a lot of what I’ve worked on which comes from my womenswear roots … [but] I’ve been very specific about how I want to give the attitude of the boy and the man.

She is also clear of her own roots and authenticity in her designs. “I wanted to bring my point of view definitely – you’ll feel a British vibe no doubt, that’s part of who I am and what I love,” she added.