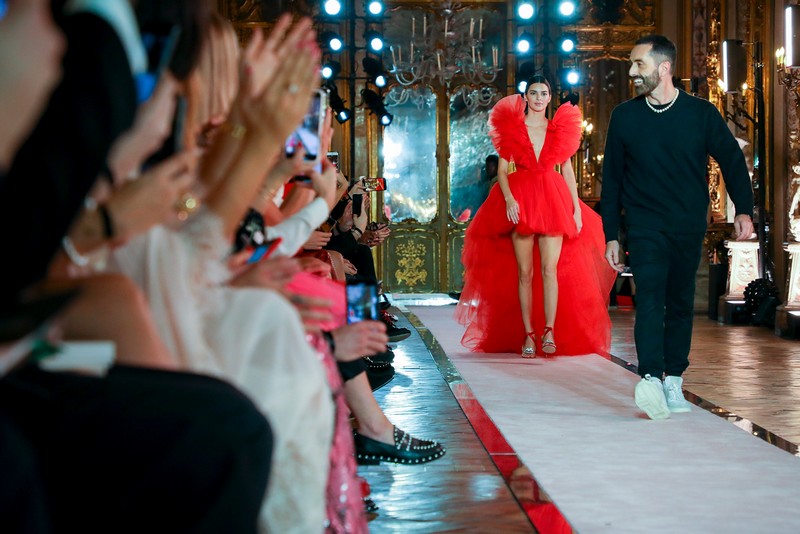 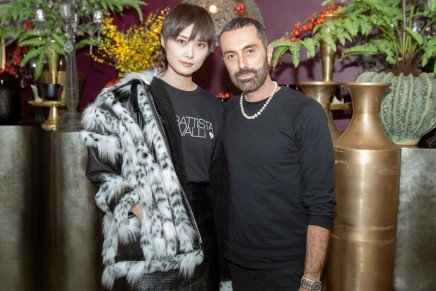 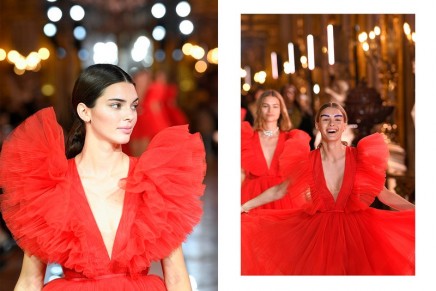 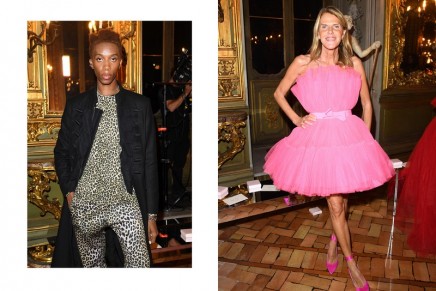 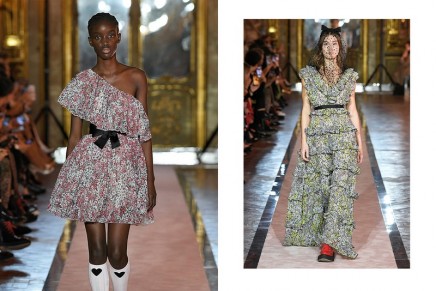 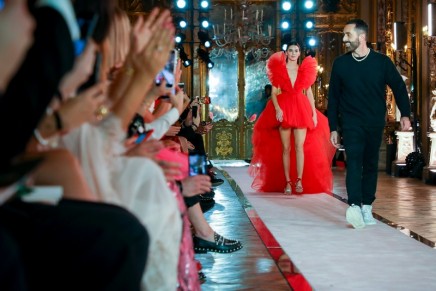 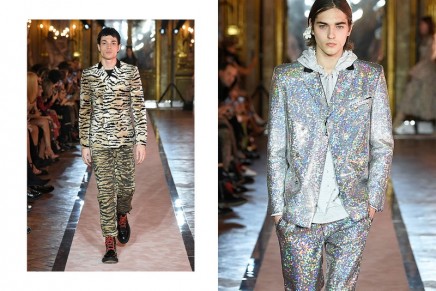 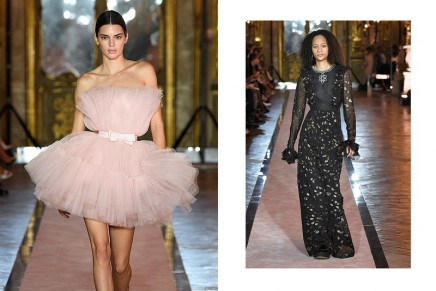 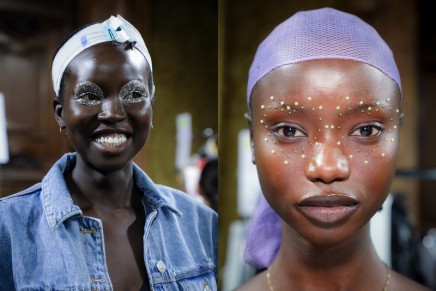 This article titled “Giambattista Valli comes to H&M – but will couture work on the high street?” was written by Ellie Violet Bramley, for theguardian.com on Thursday 7th November 2019 15.07 UTC

The Italian couturier Giambattista Valli isn’t a household name in the same way as H&M’s previous designer collaborators – which range from Balmain to Moschino and Versace – were, but it didn’t stop some people camping out all night in parky weather.

The number attending seemed to be lower than for previous collaborations – one regular queue-goer estimated that it was about half that of previous years – but there was still a small snake of people outside H&M Oxford Circus in London before the collection’s 8am launch.

Alexandra Lindblad, 26, had been waiting since 4am, while others had been there since midnight. “They have only 100 pieces of each, so if you’re not here early, you don’t get anything – and the website always crashes,” she said.

The haute couture-inspired collection, which also launched at other big stores across London, Dublin, Manchester and Birmingham (as well as online) is perhaps the fanciest of H&M’s designer collaborations so far. As Valli told Vogue earlier this year: “I was very surprised and flattered [by H&M’s interest]. The idea is to bring the Valli DNA of extraordinary, of one-of-a-kind, of uniqueness, of couture.”

Shoppers described how they felt about having the chance to get their hand on his designs – popular with celebrities such as Rihanna, Amal Clooney and Ariana Grande, they usually go for thousands of pounds. “It’s not really in my price range,” said Lindblad, “so any couturier, especially from Paris, is exciting.”

The collection’s 41 pieces for women and 31 for men – the first time Valli has branched out into menswear – include embroidered coats for £299.99, a leopard print hoodie (£59.99), logo tights, pearly jewellery and floaty floral dresses. There are jumpers decorated with rose prints and historical figures in ruffs (£79.99), and knee-high socks adorned with pink hearts (£14.99).

This is a collaboration perhaps geared more towards the fashion-heads than previous H&M offerings, as evidenced by those in the queue. Fashion student Nadia Roberts, 21, loves Valli’s work: “It’s just very beautiful, well-made couture.” She had been queueing since 6.30am for a faux fur-trimmed aviator coat from the collection.

Lindblad, who works for Christian Dior, thinks his work is interesting for being “a little bit different shape-wise compared with what you normally find”. While Anne-Marie Buckley, who has worked in fashion and has been familiar with his work for a long time, thinks “it’s very elegant and very feminine. I think at the moment things are very unstructured and hard-wearing, and I think he’s delicate and fluid.” It is, she said, a savvy pre-party season collaboration.

Announced in May at the amfAR Gala in Cannes, the collection was unleashed at a show at Rome’s grand palazzo in late October, where the model Kendall Jenner took over the runway in the collection’s most hyped dress – large, red, frilly and available for £299.99.

In recent years, Valli’s couture collections have doubled down on the froufrou tulle frocks that found mainstream fans when a similarly voluminous Molly Goddard dress was worn by Jodie Comer in Killing Eve. Often compared to millefeuille, these colossi don’t shout high street – and many in the queue admitted they were there for the more understated pieces. Lindblad knows she wouldn’t be able to wear the Jenner dress: “I’m not fancy enough to go anywhere where that would work.” On the other hand, Roberts thinks it’s amazing, “but it doesn’t appeal to everyone; you have to be going to somewhere very special. I wouldn’t buy it because I’m short.”

Other people were feeling bolder. A 21-year-old student Tara Genovese was at least hoping to try on the big red dress. But “I’m not sure I’m going to have the occasion to wear that, so I’m more looking at the red shirt or the little dress with flowers”.

Elina Sharifi’s boyfriend told her the pink tulle dress she was planning to buy would “make her look like a bonbonniere, but I think for a special occasion it will be very beautiful.” While Pam Oushal, 51, planned to wear the dress to a big wedding she is attending soon. Of its impracticality, she said: “Darling, fashion is impractical. If it’s day clothes, sure, but things like that are occasion-wear.”