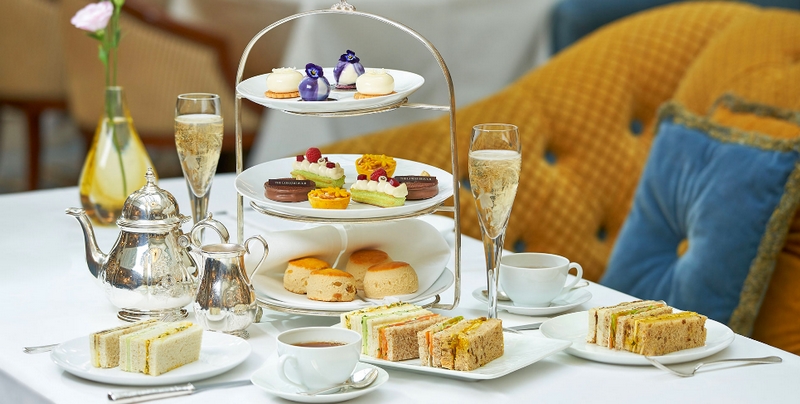 It’s taken me a while to get there, but finally I’ve reached a conclusion: where food and drink is concerned, luxury is hell. This revelation came to me one Sunday morning, as I navigated the deformed miseries of breakfast in bed. It’s meant to be the height of indulgence; the route to that little bit of pink-negligeed Barbara Cartland lurking within us all. You are supposed to rub your hands together with childish glee: ooh, a little eggy something on a tray. Instead, you can never get comfortable, the tray is unstable on the bed, and you know you’ll be hoovering crumbs off the sheets for days. It becomes a trauma of sweaty crevices and butter-smeared pillows, and not in a good way. And don’t even talk to me about the risks of Nutella stains. Other brands aren’t available.

There are many examples of this. There are the dread words “champagne reception”. One glass of champagne is fine. One glass is lovely. I adore a single flute, misty with condensation, the bubbles popping against your upper lip as you drink. But a whole damn night of it? It’s a vile collision of gaseousness and tooth-stripping acidity, with only the promise of a headache within a couple of hours to remind you what a terrible idea it all was. Plus, nobody can ever afford the good stuff at these events so what you drink ends up tasting like something you’d use to polish coins or ward off foxes.

I know what you’re thinking: that this is a disgusting display of self-indulgence

Then there’s the threat of an inspired chef taking you on a journey through the depths of their creativity via the medium of an 11-course tasting menu. Shoot. Me. Now. It sounds great, doesn’t it, this whole tasting menu thing? Away with the tyranny of dull old starters and dreary main courses. Who wants something as lumpen and uninspired as that, when you can have three-and-a-half hours of itsy-bitsy tweezered miniaturism? Me. I want the lumpen and the uninspired.

The truth is that few chefs have enough good ideas to sustain that many plates and if you do get something good, it’s tiny and therefore gone far too quickly. Once, in California, I was served 26 minuscule courses by an infuriating chef who was trying to make a point. At the end he came out and said: “Did I win?” If your goal was to make me despise you, then yes, chef, absolutely. Well done you.

I live in fear of fancy hotel afternoon teas, those assault courses of patisserie, finger sandwiches and bloating that leave you overloaded with carbs, and facing up to the reality of a long, unstructured evening because dinner is now out of the question. And all eaten perched on the edge of an over-stuffed sofa, your knees banging against an over-varnished coffee table the colour of Donald Trump. And I really do despair of over-generous edible gifts. What the hell are you supposed to do with a whole side of smoked salmon or a leg of jamón ibérico? On day one it’s a joy. On day 17, its continued presence feels like a failure of character.

I know what you’re thinking: that this is a disgusting display of self-indulgence; that to whine about too much champagne, too much Spanish ham and gargantuan afternoon teas in an age of austerity is obscene. You’d be absolutely right. So perhaps this should be seen as a service: I’m simply making it clear that the good things in life aren’t actually good. They’re awful. They’re dreadful. Especially breakfast in bed. That really is a bloody nightmare.