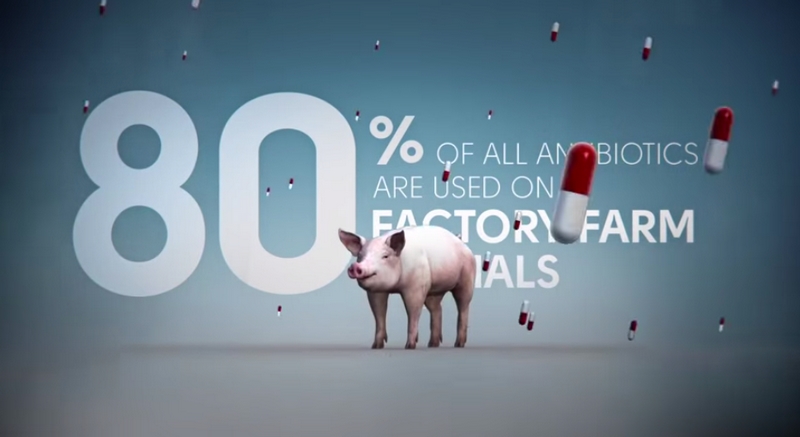 This article titled “From antibiotics to fossil fuels: the inconvenient truth about sustainability” was written by Amy Larkin, for theguardian.com on Monday 6th April 2015 15.00 UTC

Humans are predictable. We routinely create extraordinary things and then disregard their impact and consequences because of our desire for convenience, comfort or profit. It’s easy to see why we’d want to take the shortsighted view: these pleasures and conveniences are compelling, at least until we realize they’re inflicting death by a thousand cuts on the world that we inhabit.

What do these extraordinary things look like? Well, antibiotics is a prime example. As someone who survived a dozen cases of childhood strep throat – not to mention surgery several months ago – I am eternally grateful for these drugs. Then again, while antibiotics saved my life after my surgery, the fear of an antibiotic-resistant infection propelled me to get out of the hospital as quickly as possible. These all-too-common infections, which are caused by our overuse of antibiotics, plague health care facilities around the world, driving up costs and mortality rates.

The problem extends well beyond hospitals: 80% of antibiotics in the US are used to induce rapid growth in healthy animals, and 95% of our meat is full of them. Meanwhile, unnecessary antibiotic use for common colds and respiratory infections also helps spur antibiotic-resistant infections.

The companies that produce and sell antibiotics are ignoring their collateral damage, dangers that they have known about for decades.

It’s time to sharpen our wits and use our intellect to overcome our basest instincts and reinvigorate our survival instinct. The only way companies will stop overselling these products is if we stop over-buying them.

Related: Working for Shell didn’t stop me having morals or accepting climate change

Health-conscious consumers are already pressuring producers and retailers to eliminate antibiotics in their meat, and some of the biggest companies are listening. Tyson and Perdue are moving away from routine antibiotic use, Chik-Fil-A is cutting antibiotic-laden chicken from its menu, and Target stopped sourcing farmed salmon in 2010.

After McDonald’s committed last month to phasing out antibiotics in its chicken, it is likely that the whole industry will follow. These changes will increase the price of fish and chicken a bit, but they will also increase the effectiveness of antibiotics and decrease the scourge of antibiotic-resistant diseases.

Consumers are also pushing for changes in medical protocols – and some doctors are listening and refusing to prescribe antibiotics as a default.

Antibiotics aren’t the only seemingly miraculous technology that has inflicted untold damage on the environment: since the 1940s, the pesticide and fertilizer industry has followed a similar trajectory. The original impulse to use vanguard science to help feed the world was a noble impulse, a phenomenal business strategy, and a seemingly brilliant solution to global hunger. Within 20 years, however, scientific evidence began to reveal the environmental implications of this agricultural revolution.

The rampant overuse of pesticides and fertilizers has endangered whole ecosystems, as evidenced in the dead zones in the world’s seas. Pesticides definitively contribute to cancer, developmental disabilities, and reproductive and hormone disruption.

Related: Alternative economy: the rise of social innovation in Berlin

Unfortunately, by the time we began to understand the impact of artificial pesticides and fertilizers, we had become accustomed to cheap, plentiful food, and our agricultural system had begun its transformation from small farms to industrial agribusiness. Today, although we know better, we continue to follow the current, dangerous business model, wherein businesses and consumers do not pay the real cost of the comfort, convenience, and profit of conventional agriculture.

Again, health-conscious consumers and pioneer businesses have led the way to a solution, pushing for organic agriculture, which is a rapidly growing sector of the food market. Meanwhile, small farmers are improving traditional technologies such as crop cover, crop rotation, and integrated pest management; in the process, they’re also revolutionizing yields and price models.

Organic products still cost more than conventional foods, but market growth has made the price differencefar less severe than it was a decade ago. The premium price is worth it: by dramatically reducing pesticides and fertilizers, we are using our brains to save our skins – partly because we understand that the socialized costs of these chemicals hits tax payers and families hard.

Fossil fuels are perhaps our deadliest addiction. When the oil industry began over a century ago, it was populated by determined, courageous, creative wildcatters, dreamers, businessmen and world-builders. They laid the foundation for the industrial revolution that fundamentally altered – and in many, unimaginable ways, benefitted – our lives.

But somewhere around 50 years into this historical odyssey, the consequences of this fossil fuel addiction began to dawn. Vast land areas and numerous bodies of water became filthy. Across the globe, climate change began to rear its ugly head. However, instead of recognizing their products’ shadow, this industry has been ignoring, obfuscating, repudiating and dis-informing about their products for half a century, just like the pharmaceutical and pesticide industries.

Consumers haven’t helped. In love with the convenience, comfort, and pleasures of cheap energy, we have largely objected to any increase in price or any attempt at rationing or rational usage. We have voted out of office the courageous politician who offered truthful and difficult solutions.

Clearly, breaking an addiction is not for wimps. So, today, even as the world flirts with climate chaos, the oil industry continues to pursue its new territories, from the Arctic to the Canadian tar sands, as if it were 1900 and we didn’t know better. And, while this industry still has its share of tenacious dreamers, its lobbying groups are ignoring its biggest opportunities for leading the 21st century’s inevitable energy revolution.

We need to harness the fossil fuel industry’s brilliance and grit to create the low-carbon energy revolution. This change of course is not for the faint of heart – over trn dollars of oil and gas reserves are already on the industry’s balance sheets, and most cannot be safely burned if we are to remain within climate limits. With today’s oil prices pegged at per barrel, much of these reserves are already devalued because the cost of extraction exceeds the market price.

Again, there are consumers and businesses leading the way. Solar and wind power are no longer oddities and they both now compete with coal on price. Some businesses like NRG, the nation’s second largest electricity provider, are embracing their role in bringing renewables to their customers. But in the US, many utilities are fighting the explosion of rooftop solar because it threatens their current profits.

Instead of cleaving to this completely unsustainable business model, governments, utilities and coal companies need to map out a transition agenda that ensures the explosion of rooftop solar and protects only those businesses that advance a low-carbon and distributed energy future.

Related: New class of antibiotic could turn the tables in battle against superbugs

Progress doesn’t come easily. Albert Schweitzer once wrote, “Man can hardly even recognize the devils of his own creation”. The question is, having recognized these devils, will we find the will to exorcise them?

Annoying and persistent activists – consumers, businesses, patients, farmers, fishermen, scientists, and environmentalists – stand firm on unpopular beliefs and inconvenient truths. But, rather than following the current path of killing the messengers and ignoring the dire state of our environment and climate, we can chart a new course.

We can redefine comfort, convenience and profit. We can find respect for the riches and limitations of nature. We can use our intellect, overcome our baser instincts, and launch a sea change in the right direction.

The sustainable living hub is funded by Unilever. All content is editorially independent except for pieces labelled brought to you by. Find out more here.