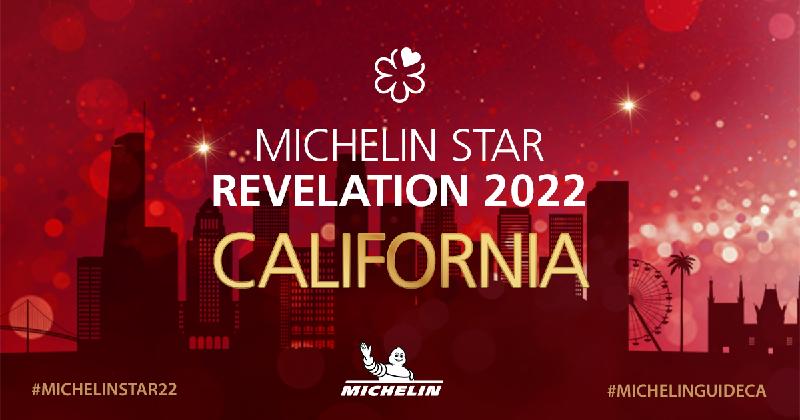 Addison received three Stars, bringing the state’s tally of three-MICHELIN-Star restaurants to seven. Caruso’s and The Restaurant at JUSTIN each were awarded one MICHELIN Star, plus a MICHELIN Green Star. California is now home to 11 of the 13 Green-Starred restaurants in North America.

“There are now 142 three-MICHELIN-Star restaurants in the world, with the addition of the spectacular Addison. It is truly a landmark accomplishment for the Addison team, and they have much to be proud of.” – said Gwendal Poullennec, International Director of the MICHELIN Guides. “

“Our inspectors also named two new MICHELIN Green-Star establishments, which prove themselves to be industry leaders in sustainable practices. The fact that the state has such a high concentration of Green Stars is a testament to the culinary scene’s strong commitment to the environment. There’s just so much to be excited about in this year’s selection.”

Here are the new MICHELIN-Starred restaurants, with inspector notes from each (inspector comments in full on the MICHELIN Guide website and mobile app): 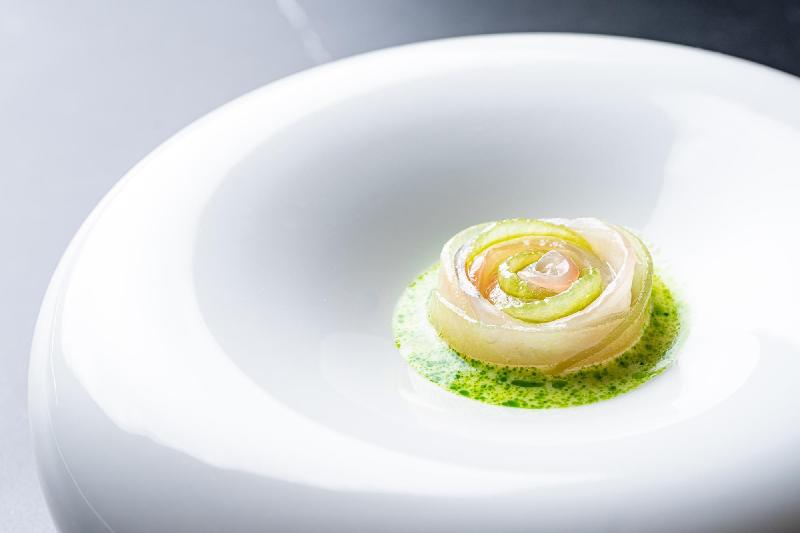 Chef William Bradley has helmed the stoves at Addison since 2006, transforming this Southern Californian oasis into a world-class dining destination. Global inspiration and Californian sentimentality are at the heart of his approach, and no dish captures this better than sesame-seasoned Koshihikari rice finished with applewood-smoked sabayon and crowned with Regiis Ova reserve caviar. From chicken liver churros to a riff on chips and dip, dishes are playful yet polished. Opening bites such as Kumamoto oysters with pickled green strawberry or Iberian ham folded over a gloriously golden potato display finely tuned flavors. Shellfish-studded chawanmushi exemplifies masterful control over technique, flavors and textures. Meals conclude with a selection of stunning small bites.

Originally from Osaka prefecture, Chef Seigo Tamura came to the U.S. with dreams of becoming a pro basketball player. Thankfully for Los Angeles, the only points he’s scoring are with diners savoring his sushi. Together with his younger brother, the two have followed in their sushi chef grandfather’s footsteps. They source all seafood from Japan and age larger fish, such as tuna, in-house. Their blend of Hitomebore and Koshihikari rice is distinctive, and while Edomae-style sushi dictates using red vinegar for the rice, they add a little bit of sugar in a nod to their Osaka roots. 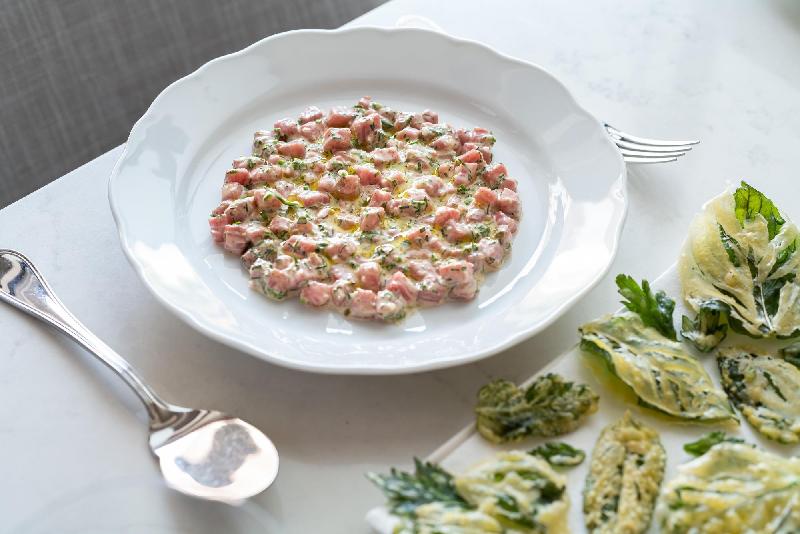 Headed by uber-talented Chefs Max Boonthanakit and Lijo George, Camphor Restaurant plates seriously good French fare with a sprinkle of spicing from Southeast Asia. Creative cocktails, including the refreshing Saint-Germain, complete the experience. Bubbling hot rigatoni stuffed with artichokes, Swiss chard and Comte delivers one satisfying bite after the next, and steak au poivre arrives resting in a pool of perfect sauce.

The Rosewood Miramar Beach is its home, and contemporary Californian food with Italian leanings is the kitchen’s dictum. Housed in a separate structure and set back on the water, make the small walk to arrive at this elegant retreat. The dining room is beautifully attired with leather booths, linen-robed tables and white chairs, all of which afford views of the crashing waves. But make no mistake, the seasonal prix-fixe takes center stage along with a focus on regional products (California wheat milled in-house; sea urchin procured from a local diver).

Farm-fresh crudité to be dipped in umeboshi emulsion; Sonoma duck with turnips and hoisin; and black sesame financier with shaved plums are just a few examples of the impressive, globally accented cuisine.

Named for their beloved grandmother, this collaboration between Chef Curtis Stone and his brother Luke conjures Art Deco glamour with crystal chandeliers and a roaring fireplace. The menu is concise and stars house-made charcuterie and wood-fire grilled steaks.

Rolls and biscuits should not be missed, while vegetable-based items, like collard greens with smoked turkey, speak of quality ingredients and delicious balance. Nuanced flavors and creativity unite in the likes of kampachi collar and pork belly. In short, there’s no going wrong here.

The dishes (some of which are made by a local artisan) are as elegant as they are inventive.

The cooking has a clean, modern simplicity, and its commitment to carefully sourced ingredients is thoroughly Californian. It also offers no shortage of personality, combining flavors while also drawing from various global cuisines.

This eponymous fine dining concept from Walter and Margarita Manzke is in the same building as their more casual Bicyclette Bistro. Here, you’ll settle in for a 10-course tasting menu boasting a contemporary style that blends French techniques with Californian influences and Asian notes. Ingenuity is everywhere. The vintage cocktail program is a unique delight and a highly recommended start to any meal here.

The tasting menu is equal parts tradition and invention, where a classic matsutake broth sits in harmony with a wholly original dessert of Okinawan purple sweet potato. 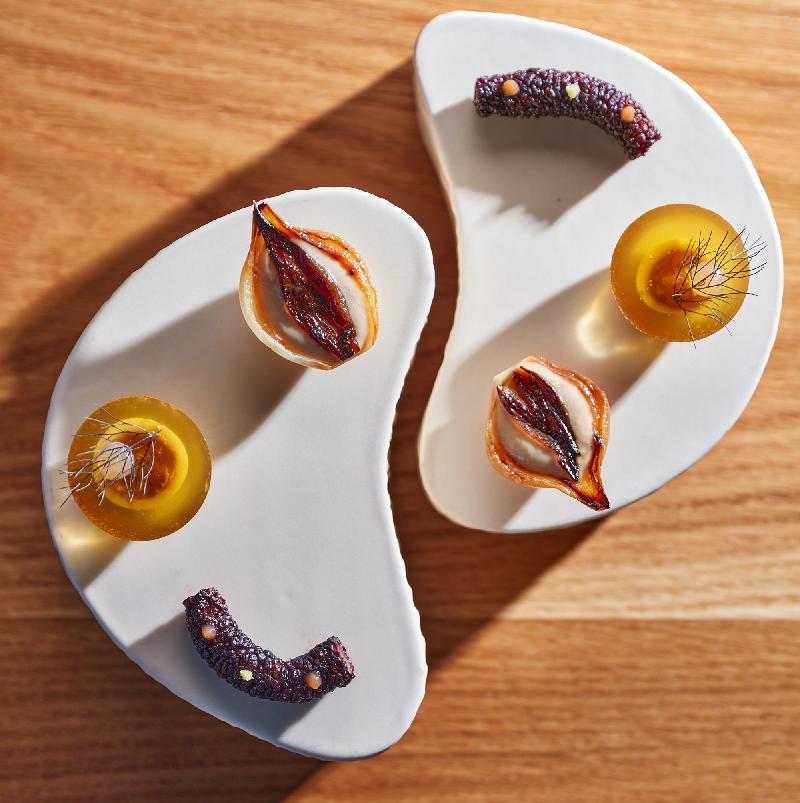 The food is both elemental and elevated, with a subtle perfume of smoke wending through the various courses, seen in dishes like a lightly cooked king salmon with fennel and porcini, or a slow-cooked brisket brushed tableside with an intensely savory mussel BBQ sauce.

This modern American dining room exudes all the wine country vibes, and just so happens to boast the largest collection of Napa wines in the world. Chef Philip Tessier is equally inspired by the location, delivering contemporary, Californian dishes such as Kusshi oysters with whipped horseradish, citrus-cured snapper with yuzu curd, and white truffle risotto that is simply sophisticated. 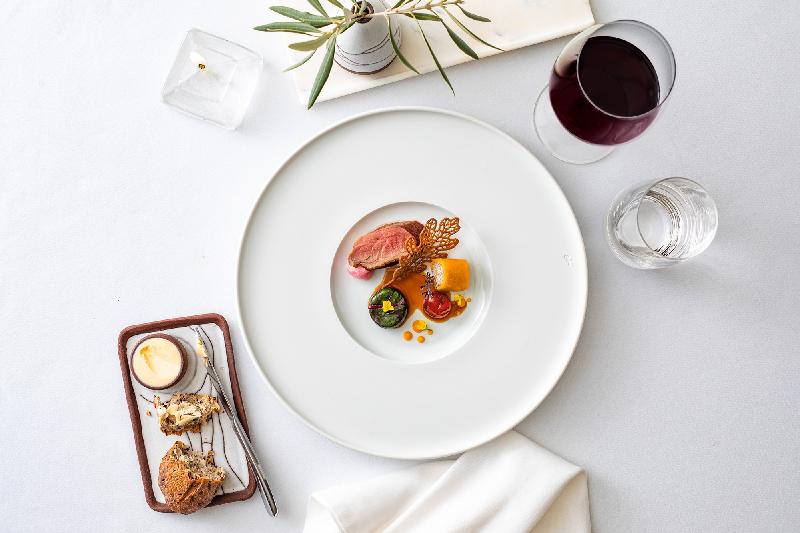 Chef Rachel Haggstrom and her team flex their creative skills on a single tasting menu. Imagine asparagus with a soft quail egg, blood orange and duck prosciutto or artichoke tortellini with truffle and peas. As expected, theirs is an impressive wine list, replete with their own labels among other unique selections.

Combining the prodigious talents of heavy-hitter Chefs Corey Lee and Jeong-In Hwang, here it’s safe to expect the exceptional. The kitchen’s assiduously refined technique deftly combines traditional Korean tastes with a sense of novelty, using impeccable ingredients to make for dishes of surpassing depth and purity of flavor, whether it be the humble kimchi or a rarefied cut of beef. 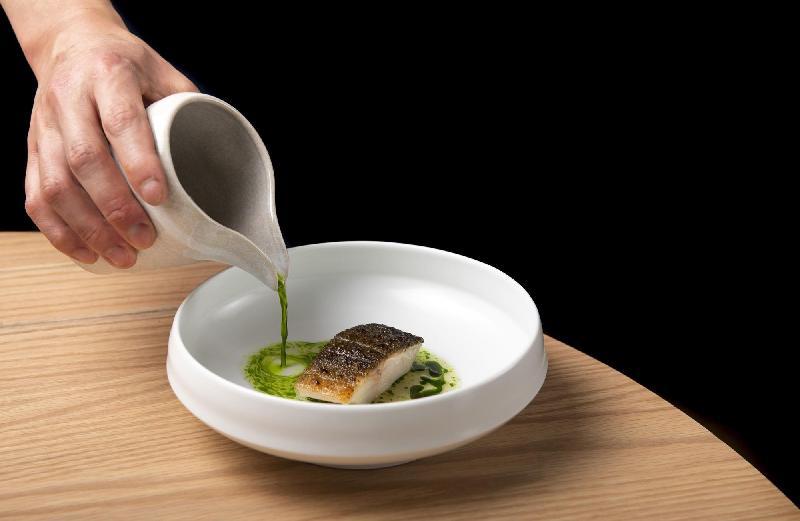 Meticulously prepared seafood shows a dedication to craft, as in black cod partially dried before being grilled to achieve a skin so crunchy it can be heard from across the room. Beef short ribs are something of a signature, gently cooked sous vide, then seared to form a sweet-savory crust.

The full California selection — including all the Recommended spots — is available on guide.michelin.com and mobile app. 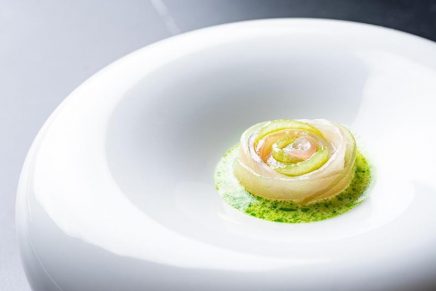 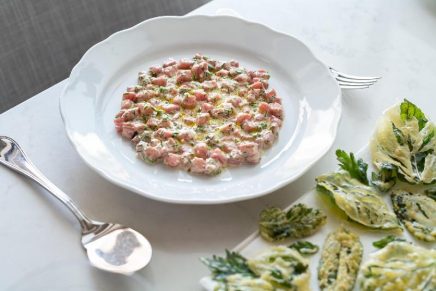 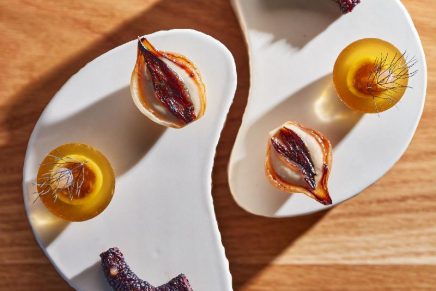 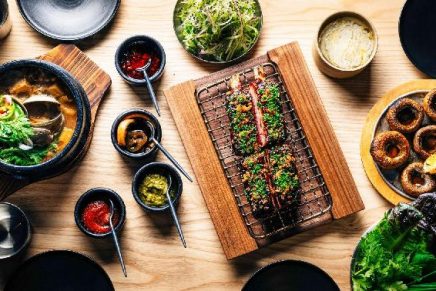 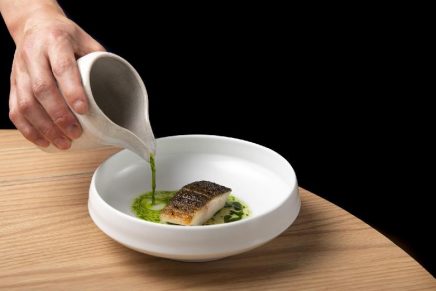 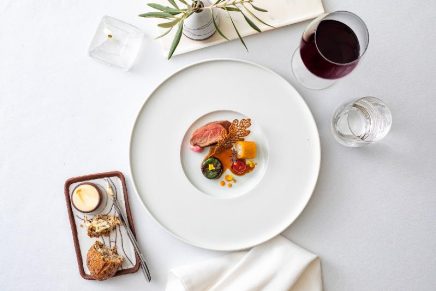