A new series of one-off vases, produced by ceramics brand 1882 Ltd., blends the craft of Stoke-on-Trent with the creativity of  British fashion designer Paul Smith.

The story of the Paul Smith + 1882 Ltd collaboration starts and ends in Stoke-on-Trent, UK. a city in central England famous for its pottery industry. 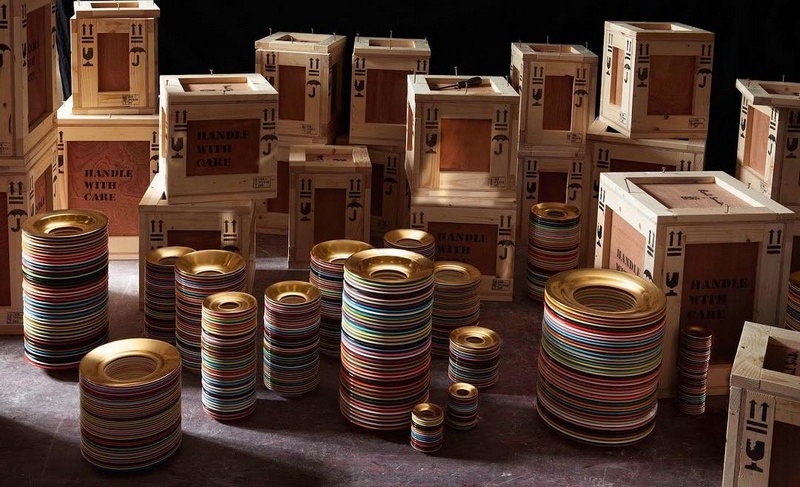 They are each works of art that function as vases. Dinner Plates, Salad Plates, Bowls and Saucers all made in to vases and completed with a burnished gold top. Insane, subversive and brilliantly made in Stoke-on-Trent.

Even if you’ve never made the journey to Stoke-on-Trent there’s a good chance that you will recognise the names Wedgwood, Royal Doulton and Minton. As the home of UK ceramics since the 17th century, the city known as “The Potteries” has been the beating heart of the industry that exported British ceramics to the world.

Today, ceramics brands like 1882 Ltd. are spearheading the next generation of Stoke-on-Trent ceramics, keeping the craft alive while injecting a much-needed sense of modernity.

As you exit Stoke train station an impressive statue of Josiah Wedgwood greets you. Make no mistake: this is a pottery town.

On his first visit to Stoke-on-Trent to tour some of the workshops and factories used by 1882 Ltd., Paul Smith’s eye was drawn to stacks of plates inside a giant industrial-scale kiln. Following his well-known saying that “you can find inspiration in everything“, Paul imagined that these individual racked plates were impressive ceramic towers.

And so, the Stack series was born. The next important addition was colour. Paul specified that each individual plate in the stack should add a distinctive band of colour, which combines to create a signature Paul Smith stripe. As a finishing flourish, he also asked that each Stack be capped with a single burnished gold plate at the very top. 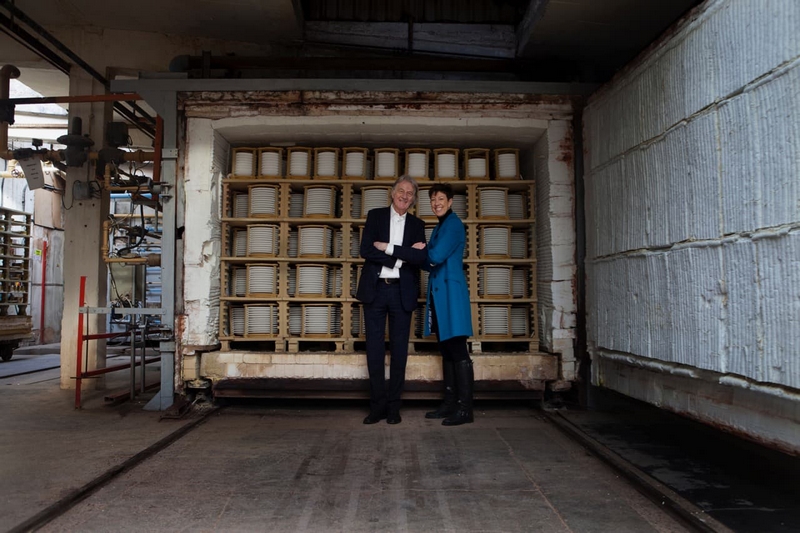 The idea is one thing but the execution of the Stack series by Paul Smith x 1882 is quite another.

The final process involved four firings in the kiln and countless hours of intricate hand labour – a combination of time-honored technique and new thinking.

It’s this can-do attitude that defines the work of 1882 Ltd. Led by Emily Johnson, the proud member of a 5th generation ceramics family, the company looks to produce “design-driven ceramics” that push the limits of the craft.

“If you don’t do things that are innovative and difficult,” says Emily, “then you never show people what you can do.” By working with experienced industrial craftspeople, like Keith, and setting them new challenges, 1882 Ltd. are ensuring that the fine tradition of Stoke-on-Trent ceramics is upheld and reinvigorated for years to come. 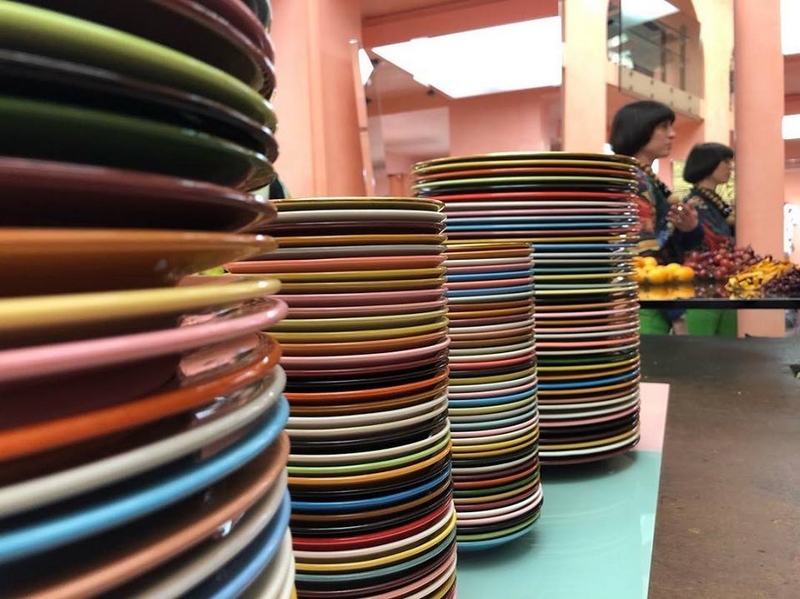 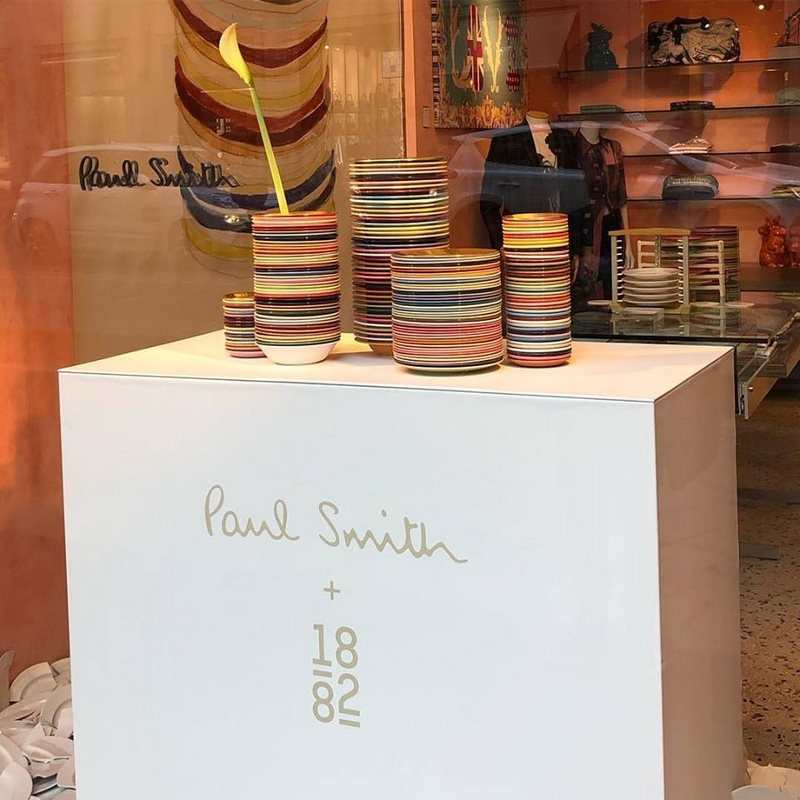 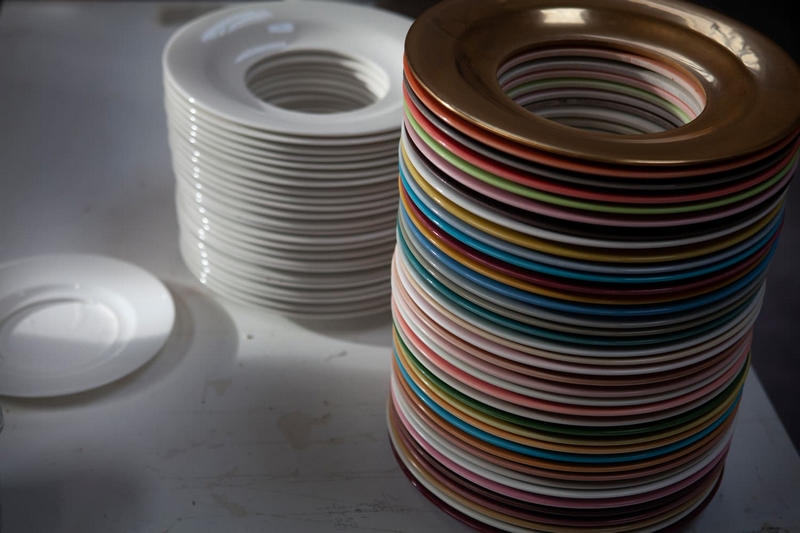 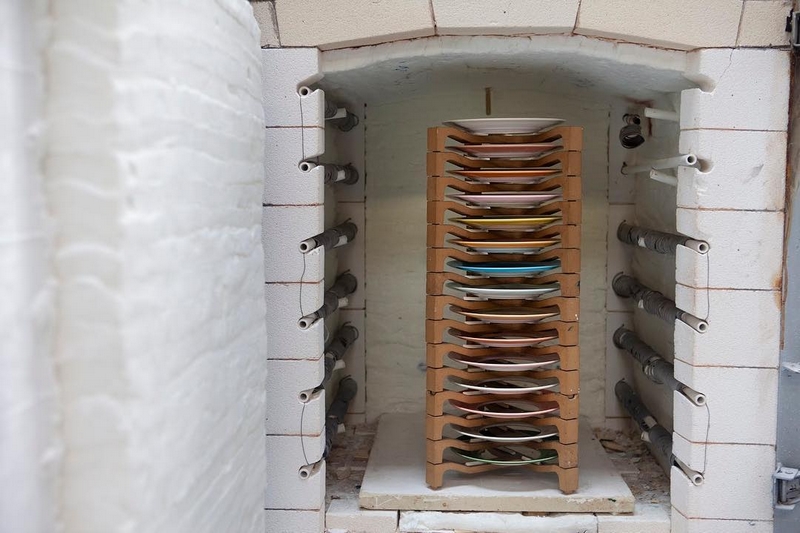 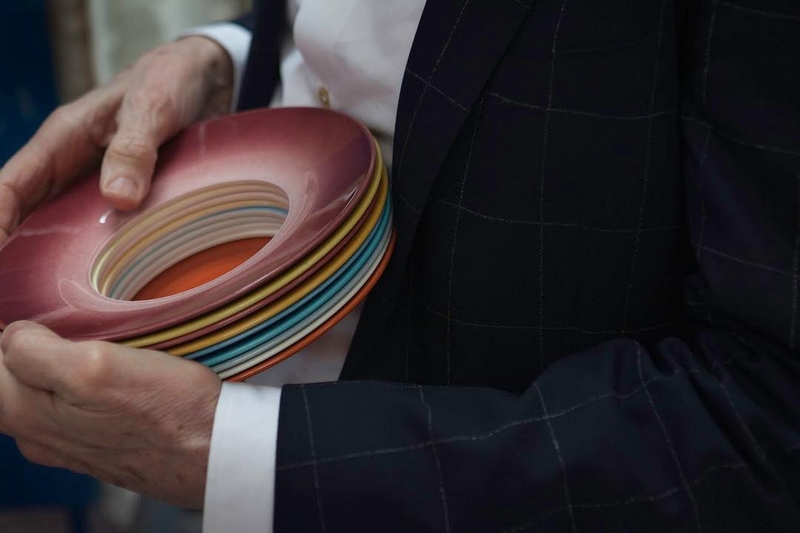 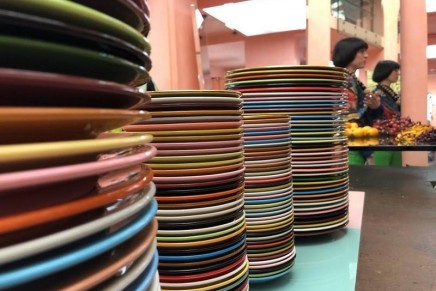 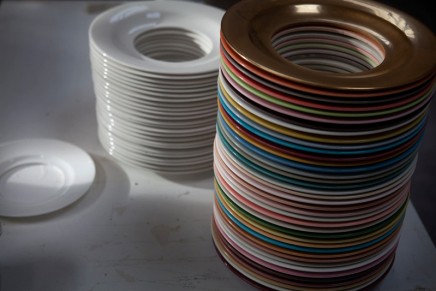 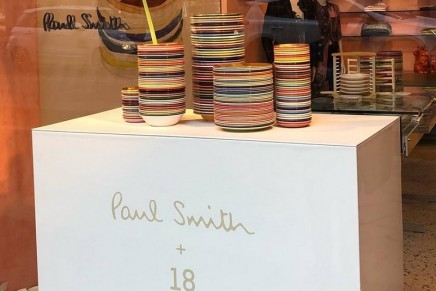 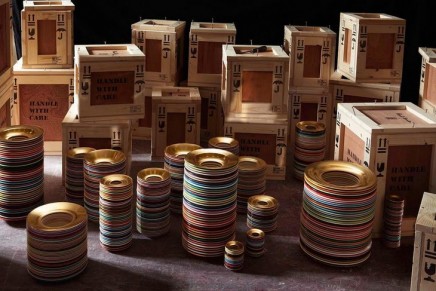 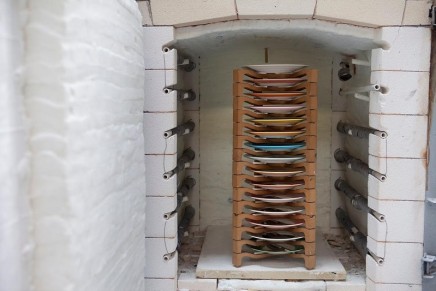 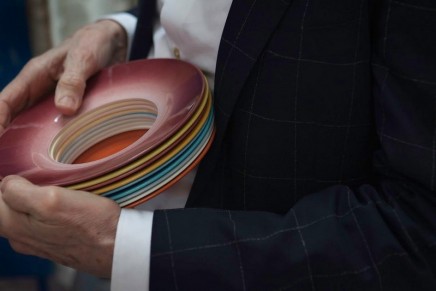