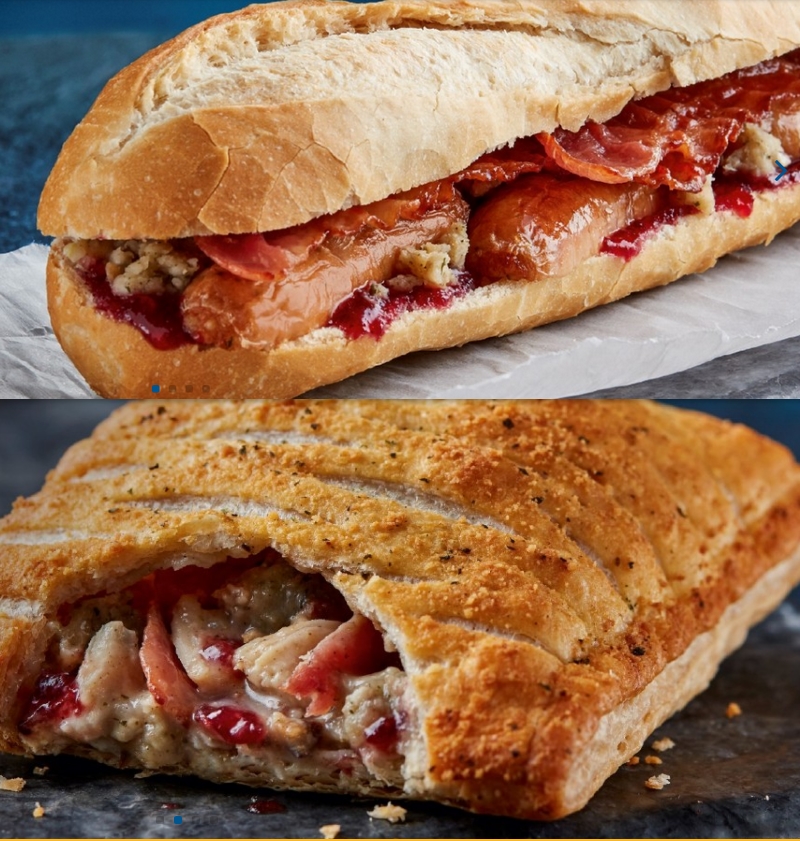 This article titled “‘A comfort pillow of naughtiness’: 18 of Britain’s top chefs on their favourite fast food” was written by Tony Naylor, for The Guardian on Thursday 28th November 2019 10.00 UTC

Chefs are more like us than they often care to admit. At work, they may weave local, seasonal magic with the finest foraged ingredients, but off the clock they are prey to the same quick and dirty fast-food urges as Joe Public. And why not?

“Before I was a chef I was working-class. Do you know what I mean?” asks Sat Bains, chef-owner at the two Michelin star Restaurant Sat Bains in Nottingham. “You can’t forget where you come from and I’ve got no problem with someone seeing me going into McDonald’s. If that makes me happy, I’m going to eat it.”

From calorie-packed high-street classics to healthier new-wave options, we asked some of the UK’s best chefs how they satisfy their fast-food cravings.

“I love Melton Mowbray pork pies, prawn cocktail anything and squidgy, white bread tuna sandwiches from petrol station fridges. The soggier the bread the better, but it must have some crunchy bits inside – it needs plenty of mayo and onion. This dates back to when I was training in the gym 20 hours a week and ate tin after tin of tuna. It’s not the healthiest but we should stop feeling guilty and forgive ourselves sometimes … just not every day.”

“Nando’s grilled chicken is super-tasty, consistent and, as I have to watch my weight, healthier than burgers or pizza. Our regular order used to be whole roast chicken with coleslaw, corn and sweet potatoes. Then I discovered this game-changer. I was in Stratford-Upon-Avon filming Great British Menu, went to Nando’s and somehow the fino pitta had never caught my eye before. It’s a next-level, roasted chicken-thigh flatbread with caramelised red onion chutney, grilled halloumi and salad. Now, that’s my treat.”

“In my first year at college, I worked in McDonald’s. I hated it, but it introduced me to Filet-o-Fish. It was a revelation. That contrast between soft, steamed bap, crunchy fried fish, tartare sauce – and don’t forget it’s got a layer of cheese too – it was like, shiiiit, man. I don’t have one often but I love ’em. My expectations are realistic: I’m not going for a gourmet feast. But nothing else does it for me. When we close at Christmas we buy sausage McMuffins for the staff as a treat. Last year, I had a £550 white truffle left over and we shaved it over the breakfasts. They loved it. It’s called the McTruffle Shuffle.”

“I don’t have it often but the Gregg’s sausage roll is a joy. It’s greasy, over-seasoned and you know it’s not doing you a scrap of good. Yet there’s something heavenly in that white pepper and heavily minced pork. I haven’t tried the vegan one. Why would you? Don’t get me started on pretend meat in vegan food. As a veggie restaurant owner for 30 years, it drives me insane.”

“Predictable, I know, but it has changed vegans’ lives. I’ve been vegan for 10 years and cut convenience food out of my life. It didn’t exist. Now I see a Greggs sign like a beacon on the high street. A close second is Marks & Spencer’s veg samosa. That’s a motorway service station staple. On the way to and from festivals I’ll eat four!”

“I’m a big supporter of the independents. I am one. But I spend a lot of time going to meetings, hurrying around and, in a rush, you go for the safe, consistent bet and Pret is definitely that. Fresh bread, decent fillings, a bit like sandwiches used to be when made by your schoolfriends’ parents, possibly. Having said that, I’ll go to Pret in a hurry, then spend quite a long time trying to figure out which is the best-looking egg sandwich. I always get it wrong.”

“I often go to this Lebanese falafel stand on Parkway in Camden for a falafel salad tray or a wrap with pickles, tahini and chilli sauce. Otherwise, it’s Pizza Express’s rich, unctuous Sloppy Giuseppe. If you’re getting takeout pizza, you might as well get the most decadent.”

“I’m really bad for high-carb, fatty, deep-fried food. If we’re on the motorway or in an airport – those moments when you’re not really part of the real world – I go for fries and iced coffees full of sugar and cream, like McDonald’s caramel iced frappé. In winter, it’s Nero’s horribly sugary white chocolate mocha. I’m not sure you can call espresso with white chocolate sauce, milk, whipped cream and chocolate powder a speciality coffee. It sounds great in your head, then you start drinking it and by the end you feel, ‘Why did I do that?’ ”

“I used to work at Gordon Ramsay’s The London and since leaving New York, I’ve found most cheeseburgers are terrible. Restaurants make them too ‘gourmet’ with thick brioche buns and hockey puck-sized patties that you can’t pick up without it falling apart. A proper burger uses thin patties, a soft bun so squishy you can eat it like a sandwich, and American cheese rather than fancy cheddar. A Five Guys’ double cheeseburger with grilled onions, mayo, mustard and ketchup is the closest I’ve come to the real deal.”

“I rarely get drunk any more but, when I did, my go-to fast food was a KFC Zinger Tower burger: a chicken burger with spicy coating, hash brown, cheese and fiery salsa. Spicy, fatty, cheesy, greasy, sweet and fried chicken – what’s not to love?”

“I’ve eaten them for 25 years. I was brought up veggie and I think this was a way for mum and dad to get a bit of Greggs in our life. Mum would bring half-a-dozen back from shopping and, if I’m craving a treat or feeling rough, I’ll still pop in. It’s got to be napalm-hot and steaming. There’s nothing sadder than a cold pasty. It’s a comfort pillow of naughtiness: that baby-food texture, loads of cheese, super-salty and those hot nuggets of onion. Especially in winter, it’s great.”

“I’m coeliac. It makes me really ill if I eat gluten (unfortunate, considering my work) and so I can’t do McDonald’s or Domino’s or, because they are horrible – not even good junk food – supermarket gluten-free sandwiches. I discovered the Bagel Nash chain stumbling through the Arndale Centre one morning. Its gluten-free bagel is the closest to a normal one I’ve tasted – 99% of the time I go ham and cheese, especially if hungover.”

“Not the healthiest but it is so, so consistent, which is important when you’re a chef. My daughter has a Happy Meal and I go for a cheeseburger and chocolate milkshake. It’s always good value, not once have I had a bad meal there and I love seeing other families doing the same thing.”

“I use the Manchester Newton Street branch, and £4.50 for such a quick, tasty, well-balanced mouthful of food – clearly fresh, great salads and pickles, decent hummus – is a no-brainer. It’s not just a bang-average supermarket sandwich. It feels authentic.”

“I’ll have these with the chilli cheese fries. I take my son Ziggy for a day out at Meat Liquor and he loves it as much as I do late at night, not remembering how I got home after lots of picklebacks.”

“I’m always nipping around the West End, hungry, looking for snacks I can eat on the hoof. Leon’s fries are always piping hot and dipped in cold aioli; life doesn’t get better than that for five minutes. You need three of tubs of aioli to do a whole packet but I’ll happily pay an extra £1. Leon is consistent, delicious and while you don’t know how healthy it is (they must use plenty of salt because I love salt and everything tastes seasoned), it definitely has a feel-good factor.”

“As a kid in the north-east, I remember Greggs opening in Bishop Auckland and people going crazy. Back then, the steak bake was a steak-and-kidney pasty. The gravy is amazing, but it doesn’t have as much meat now. It’s 90% gravy! You live in hope that one day you’ll bite into one and it’s going to be full of meat again. I’m about to drive past it but I’ve banned myself from going into the Aberystwyth Greggs. I’m on a diet. I’ve just finished at the gym. I can’t do it to myself.”

I’d have this as part of a large meal with diet Coke. If you were a kid in the 90s, this is a classic. I do mix it up now though with some chilli cheese bites: deep-fried balls of crumbed, gooey American cheese spiked with jalapeno.”