Felipe Pantone is always trying to jump on the next wave, to innovate. 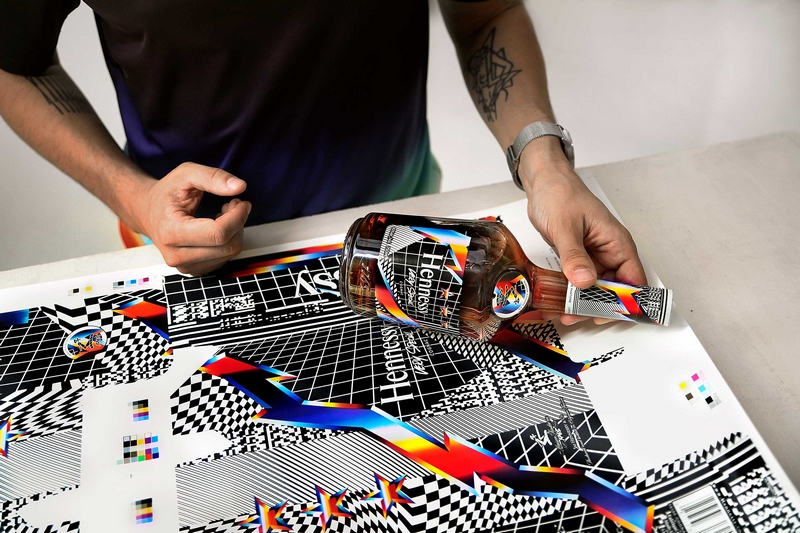 ” I like to transcend time through an unexpected experience that you can only have through art.”

As part of the Hennessy V.S Limited Edition series, the House’s artistic partnerships have celebrated urban culture and contemporary creation for nearly a decade, as internationally acclaimed talents including Vhils, JonOne, Ryan McGinness, Shepard Fairey, Os Gemeos and Futura have rendered their vision of the House’s history in a fresh light.
Felipe Pantone’s style stands at the intersection of vintage typography, optical art and kinetics.

A leading name on the contemporary art scene, Felipe Pantone has achieved star status without ever publicly revealing his face, a feat that makes him all the more iconoclastic. 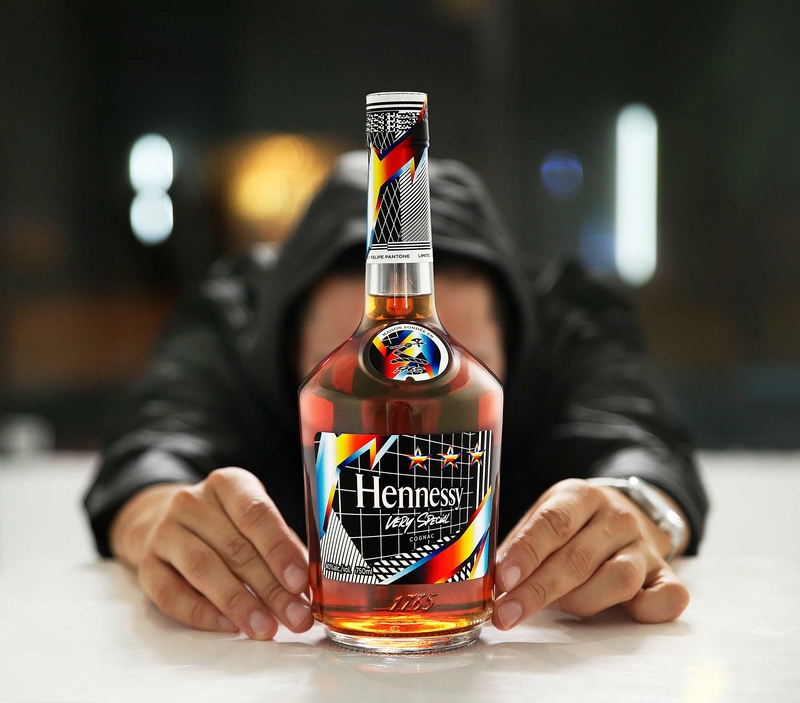 For the first time ever, the cognac House has commissioned two original artworks to accompany a creative collaboration that Felipe Pantone describes as “Remixing the Present.”

“Whether it’s in art or in Cognac-making, you need to appreciate the past but at the same time it’s important to constantly reinvent yourself if you want to keep the flame alive,” said Felipe Pantone. “My work is informed by the past, but it’s totally contemporary.

In Hennessy’s archives, Felipe Pantone gleaned ideas from old labels and advertisements, antique bottles and packaging, and the three-star motif once used by Maurice Hennessy. Merging these with his own signatures, such as the lightning bolt, resulted in a dynamic piece of original artwork and an apt metaphor for Hennessy’s ability to capture momentum through the centuries. The work, entitled “W-3 Dimensional Three Stars”, is reprised on the Hennessy V.S Limited Edition by Felipe Pantone bottle label. 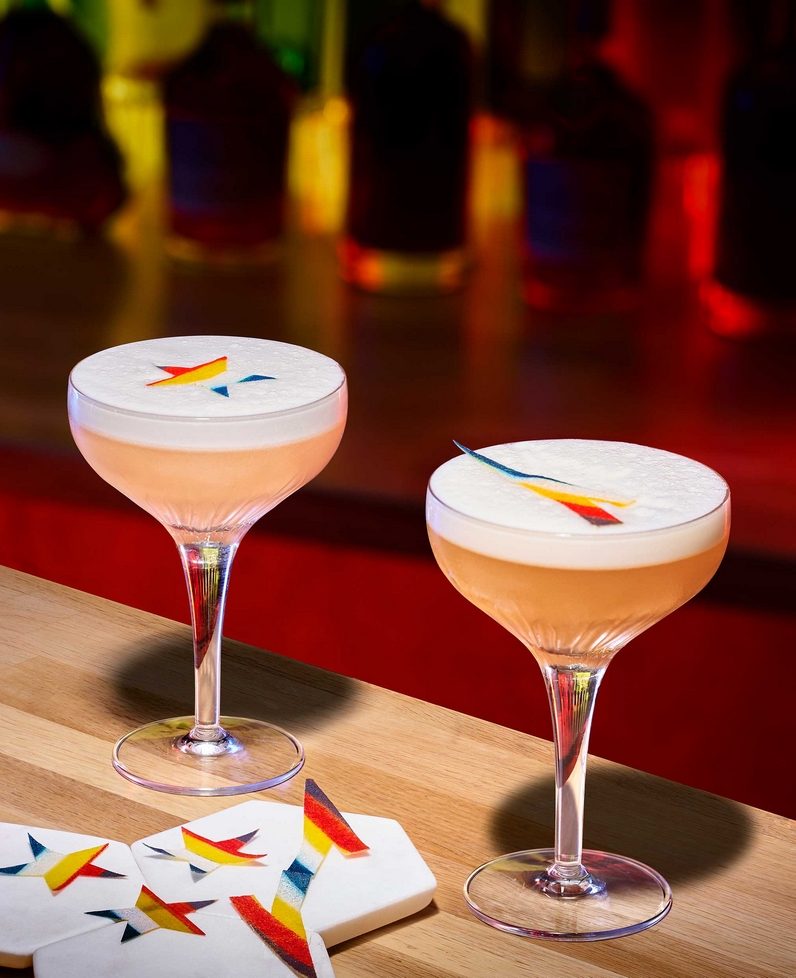 The Ginger Sour and Apricot Sour are both crafted with Hennessy V; © Hennessy 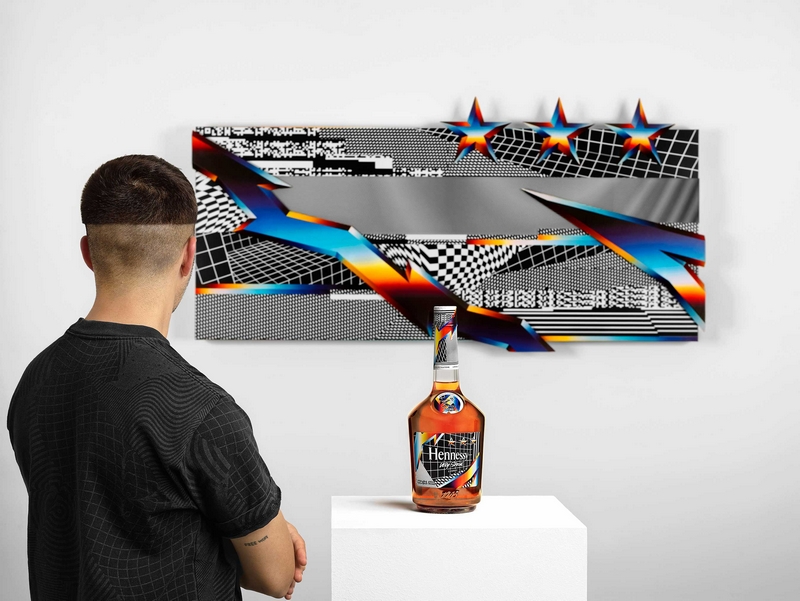 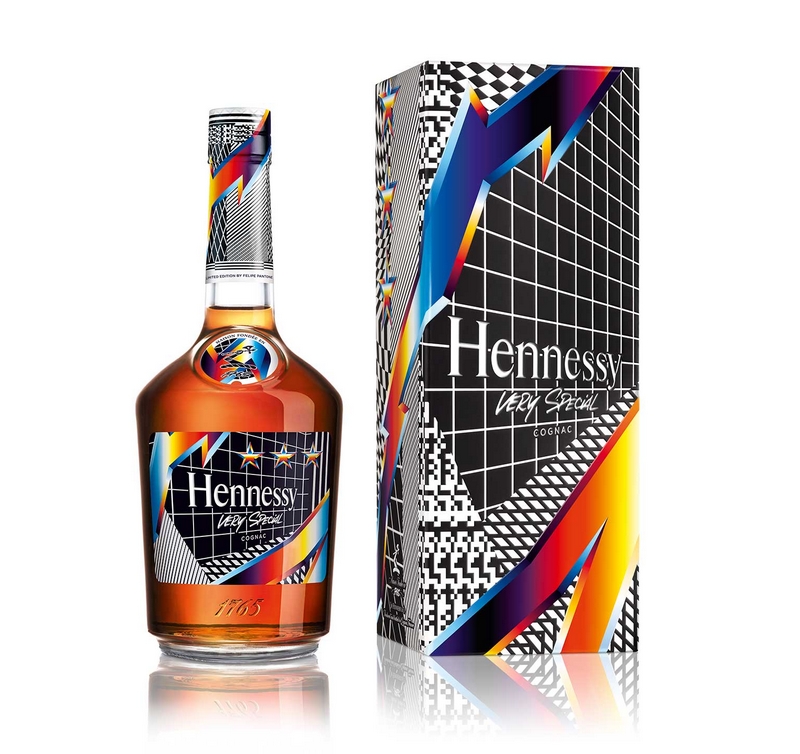 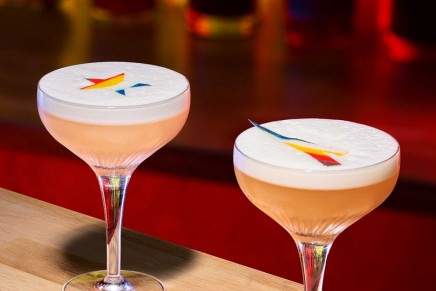 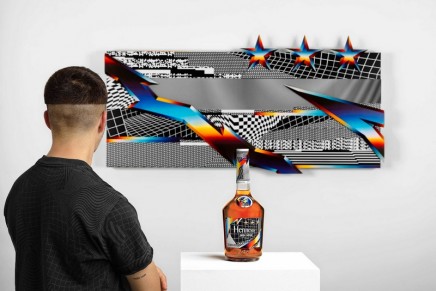 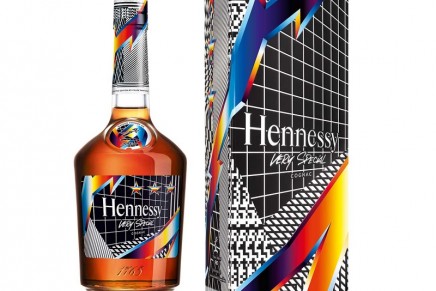 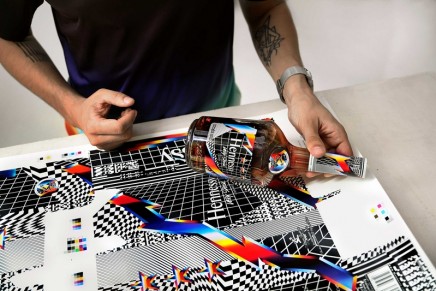 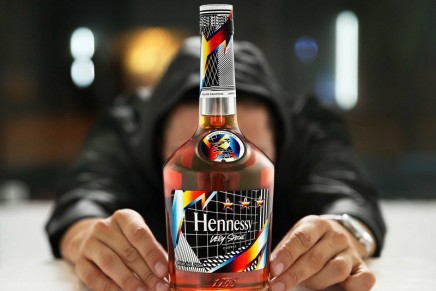