Christophe Claret Maestro Corail watch donated for Only Watch auction 2019. The Maestro watch was a natural choice to accommodate the rippling coils of the coral snake. This watch offers a spectacular view of the movement and the snake’s sinuous body 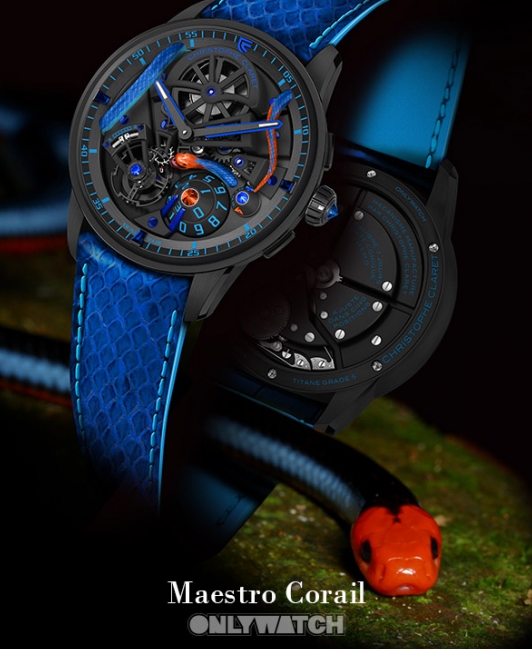 For the fourth consecutive year, the Swiss watchmaker and watch manufacturer Christophe Claret is taking its place alongside the Monaco Association against Muscular Dystrophy (AMM) and donating a timepiece to Only Watch for its eighth edition. For this year’s edition Christophe Claret is donating the Maestro Corail watch.

Christophe Claret is now venturing into the tropical forests by placing a coral snake at the heart of the Maestro watch. This brightly colored, and aggressive snake appears ready to strike anyone who comes within reach of its toxic venom.

Wrapped around the watch movement, its undulating hand-engraved body creates a powerful contrast between the tangy blue and orange brilliancy of its scales and the matt black shade of the movement. Surging from the intricacies of the movement, between the hours and minutes hands, the MEMO function indicator and the sprung balance, the coral snake defies all challengers with its piercing eyes.

This watch appeals through both its shape and its proportions, including the pure and powerful lines of its 42 mm black PVD-treated titanium case topped by an impressive sapphire crystal dome. 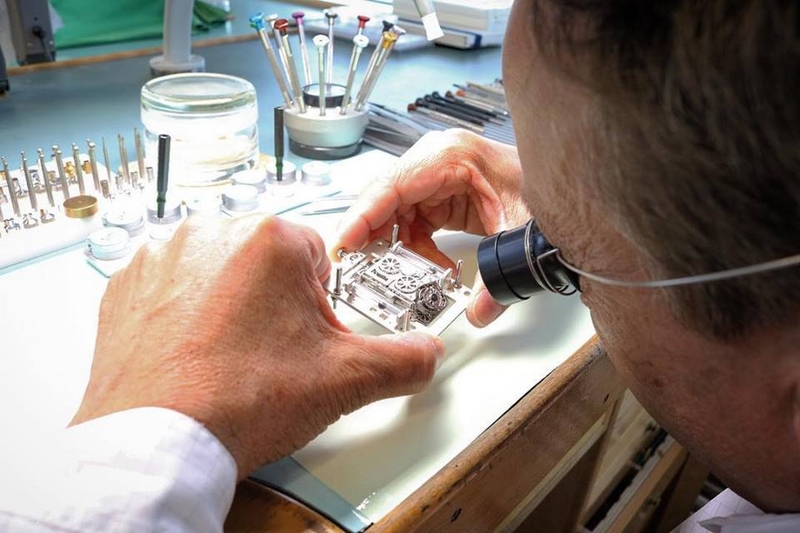 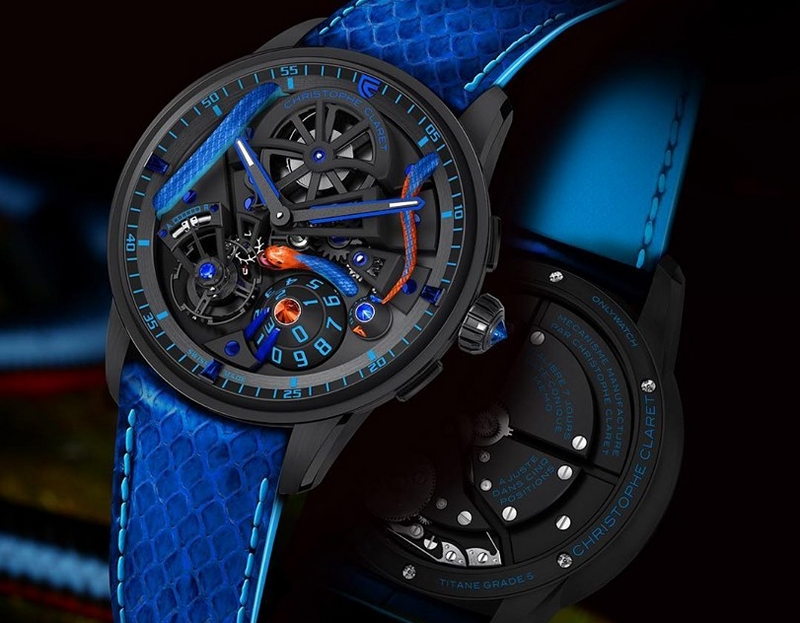 Like all timepieces by Christophe Claret, the Maestro showcases a wealth of details.

Brand enthusiasts will recognize the watchmaker’s inimitable touch in the famous Charles X stepped and skeletonized bridges that have become a signature of the luxury Maison.

The visual adventure through the intricacies of the movement continues with two series-coupled barrels positioned at 12 o’clock. Here too, the bridges are skeletonized to provide a view of the blade spring of the first barrel and the state of the seven-day power reserve.

As if to echo the 3D effect of this voluminous date display, the Maestro’s characteristic MEMO function appears between 3 and 4 o’clock. Inspired by the expression “tie a knot in your handkerchief” to help one remember something important, the MEMO is an ingenious mechanical reminder intended for absent-minded individuals as well as fans of technical gadgets. Whatever daily objective the owner of the Maestro has set himself, the MEMO is there to remind him of his commitments. In the initial position, meaning when the owner must do something, an orange sapphire appears at 6 o’clock on the side face of the MEMO. Once the objective has been met, a simple press on the pusher at 2 o’clock pivots the MEMO function, which will display a blue sapphire on its side face at 6 o’clock, like the gem set at its top. The MEMO will return to its initial position each night in a twenty-minute process driven by a semi-instantaneous jump system. 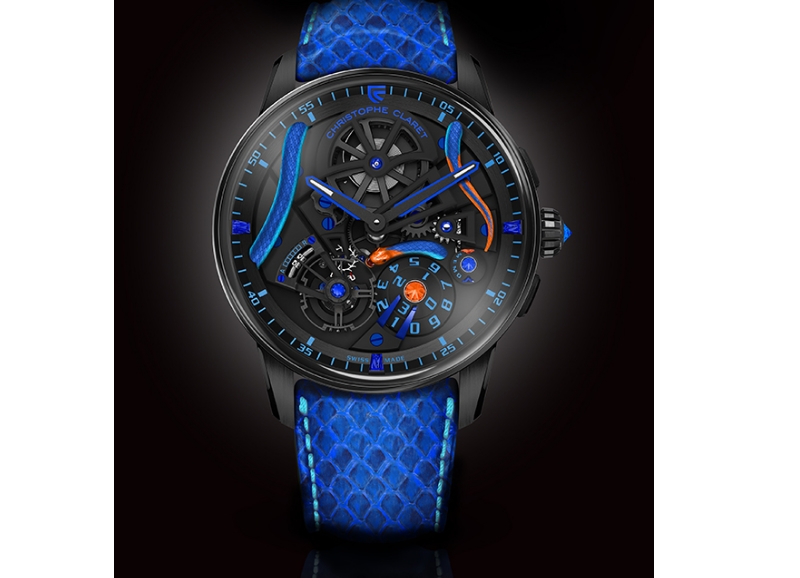 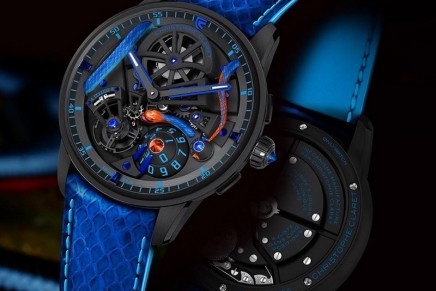 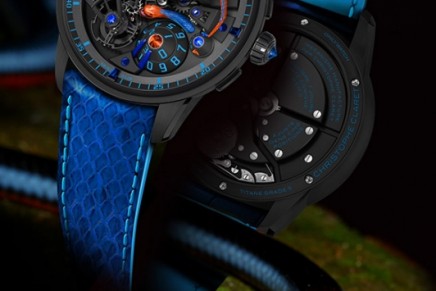 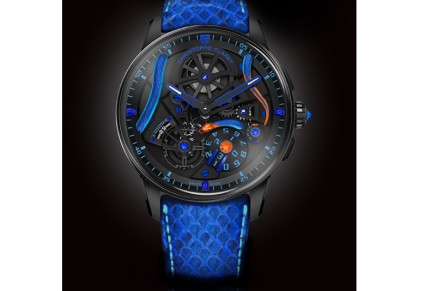 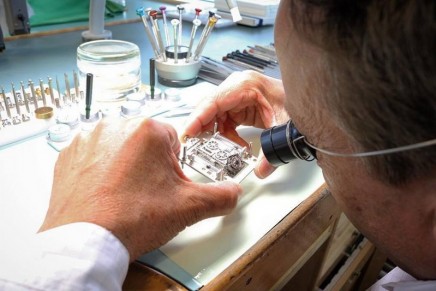