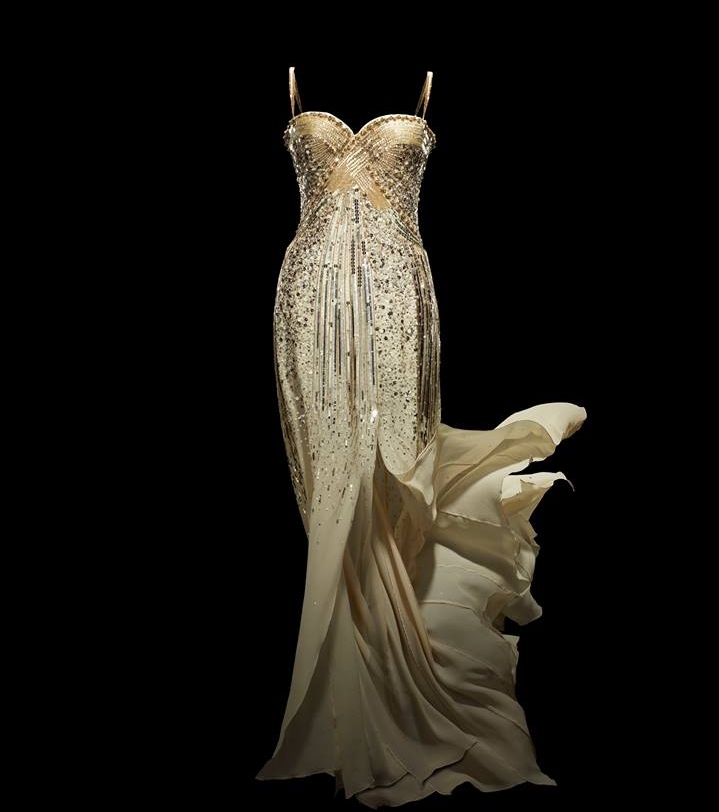 This article titled “Christian Dior: Designer of Dreams review – style over substance?” was written by Rachel Cooke, for The Observer on Saturday 2nd February 2019 15.00 UTC

When Diana Vreeland arrived in Paris from the US in 1946, she could scarcely believe her eyes. Oh, my dears! The bread was made with potato flour, even the young looked as if they hadn’t seen daylight in years, and absolutely everyone was wearing wooden shoes. Vreeland, who would go on to edit American Vogue, is famous for her description of the bikini as “the most important thing since the atom bomb”, a typically immoderate pronouncement of the same year. By the time she came to compile her memoirs four decades later, however, she’d somewhat revised this opinion. “I suppose bikinis started during the war,” she wrote. “They probably just tore bedsheets apart and made them.”

Overstatement was Vreeland’s stock-in-trade. So, too, was a certain kind of shudder. Nevertheless, it’s all but impossible to understand the impact of Christian Dior’s New Look, launched by the designer on an unsuspecting world in 1947, without considering the privations of the war. For years, women had had to make do, going without not only new clothes but nylons and lipstick as well: a miserable drabness that would continue long after the final all-clear sounded (in Britain, clothes rationing didn’t end until 1949). Nothing could be wasted, not even one’s blackout curtains. Dior, though, was having none of this, for which reason one can only imagine how women must have felt on catching sight of his luxuriant designs on some newsreel. Those huge skirts! They were gorgeous. But perhaps a greater part of the excitement they stirred came from the sense that they were also highly transgressive.

The V&A’s exhibition Christian Dior: Designer of Dreams, a reimagined version of a show staged by the Musée des Arts Décoratifs in Paris, comes with several striking omissions. The need to maintain the support of LVMH, the conglomerate that now owns the house, is presumably behind its failure to explain, for instance, the precise nature of the “controversy” that saw John Galliano leave the label in 2011 (he was dismissed following an antisemitic outburst). But among the strangest is surely this: its failure to set the scene. The exhibition opens with a single design, Dior’s Bar Suit from 1947: an ivory shantung jacket and a black wool skirt that has come to stand as an emblem of the New Look. Gaze at that nipped-in waist, and gasp! But though the date is carefully noted, we’re told almost nothing about the times.

Looking around, I found a photograph of Dior trying hard to ignore a demonstration held by women in Chicago later that year. “We abhor dresses to the floor!” announce their placards. Were they protesting against his wastefulness? Or were they anxious about what these darned impractical gowns symbolised? (Some believed the New Look was another way of pushing women back into the home following a war that had, for all its ills, proved to be something of a liberation.) No explanation is forthcoming. The show, staged in the museum’s spacious new Sainsbury Gallery, exists in a bubble: we hear of many triumphs but never of any failures or even missteps, something that strikes me as a neglect of duty on the V&A’s part. If you’re going to say that fashion is art, then it must be as open to interpretation and criticism as any other form; it cannot come only with blandishments and air kisses.

Dior was born in Normandy in 1905, the son of a wealthy industrialist; it was his parents who bankrolled his first venture, a Paris gallery, even if they would not allow him to put the family name above the door. In 1931, however, his mother died and his father lost all his money, at which point the feeling that Christian’s artistic leanings were not quite the thing (they’d hoped for a diplomat) ceased to matter. Having retrained as a fashion illustrator, he worked as a designer, first for Robert Piguet and then for Lucien Lelong. Finally, in 1946, he established his own house at 30 Avenue Montaigne, with three ateliers and a staff of 85. Ten years later, he had 28 ateliers and 1,000 staff, not to mention a perfume collection and a pale-faced assistant who went by the name of Yves St Laurent.

The V&A’s show is nothing if not replete: you’ve never seen so much silk satin, so many boned bodices and knife-edge pleats. Dior was a consummate professional and he could do it all (though, please, don’t come expecting trousers): the neatest suit (try the one of grey wool worn by Olivia de Havilland when she married in 1955); the most enviable black dress (oh, to own a frock as immaculate as the Nonette from 1950, with its priestly white cotton pique bib); an adorable evening gown (the Sonnet dress of 1952, in plum silk with bows at exactly the spot – the hips – where a man might place his hands and whirl you round). You want flowers? Here they are in abundance on a print used for a ready-to-wear frock from 1956, and yet they do not look vulgar; even after too much Pol Roger, you’d never mistake it for a sofa. (This dress, incidentally, is in a display whose theme is gardens, where you will also find, on the ceiling, a wonderfully delicate installation of paper flowers by the design studio Wanda Barcelona.)

But skill and good taste do not amount to genius, and Dior is no Balenciaga. Whisper it, but there were moments when, even as I lusted over this pocket and that buttonhole, I felt just a tiny bit bored. What marks him out? In the gallery dedicated to designers who have run the house since his death in 1957, I was struck by the smooth brilliance of Marc Bohan, who led the label with quiet aplomb from 1961 until 1989; only a suggestion of the 60s – in essence, a move away from the waist – told you that his early work was not by Dior himself. On the other hand, Galliano’s beautiful, lunatic gowns stand out like tiaras at a pyjama party. In a room devoted to “travel”, I was transfixed by a dress of turquoise python inspired by the Egyptian god Anubis, to be worn with – yes – a dog’s head, created by the milliner Stephen Jones. Dior would have loathed it, but since there are times when one longs for fashion to stop taking itself so very seriously, I was happy to find that it made me laugh out loud.

•Christian Dior: Designer of Dreams is at V&A, London, until 14 July