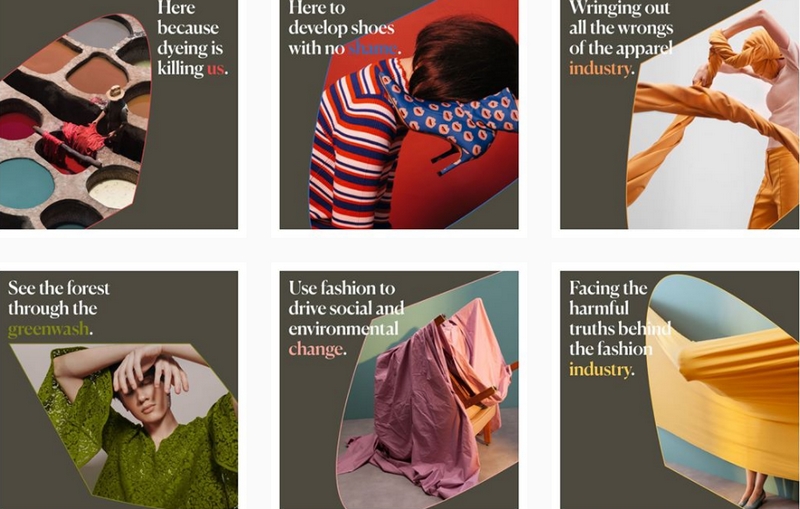 This article titled “Is carbon neutrality the silver bullet fashion has been hoping for?” was written by Ellie Violet Bramley, for theguardian.com on Tuesday 12th November 2019 18.25 UTC

Tiny clutch bags, conceptual knitwear and carbon neutrality – the ideas that fashion chooses to embrace each season aren’t always those you might expect. But thanks to a recent shift, no doubt spurred on by the “Greta Thunberg effect”, carbon – as well as the practice of offsetting it – has become a hot topic for many of the biggest names in the fashion industry.

At New York fashion week in September, luxury fashion designer Gabriela Hearst staged fashion’s first carbon-neutral catwalk show. Hot on its heels, Gucci announced it would go carbon neutral with chief executive, Marco Bizzarri, stating that “the planet has gone too far”. Next up, luxury fashion conglomerate Kering, owner of big-name brands such as Saint Laurent, Balenciaga and Bottega Veneta, announced that its entire group would offset 2.4m tonnes of carbon dioxide in a bid to “become carbon-neutral within its own operations and across the entire supply chain.”

It’s not just high-fashion that is looking to cut the size of its carbon footprint. In April, footwear brand Allbirds announced it would impose a carbon tax on itself. Not long after, San Francisco-based fashion company Everlane reported it had come up with a pair of carbon-neutral trainers.

A small section of the industry is going one step further. October saw the launch of a brand called Sheep Inc, which is hoping to be the “world’s first carbon negative brand”, offsetting tenfold its emissions via investment in biodiversity projects. Another recent innovation has seen the creation of clothes made from what have been gorily called “carbon-sucking organisms”.

Defined as “calculating your total climate-damaging carbon emissions, reducing them where possible, and then balancing your remaining emissions, often by purchasing a carbon offset: paying to plant new trees or investing in “green” technologies such as solar and wind power,” carbon neutrality is something some labels have been talking about for years. US brand Reformation has been describing itself as carbon neutral since 2015 and Ganni, a mid-range Scandinavian brand popular with millennial floaty frock lovers, introduced “climate compensated” clothing in 2016. Its website explained: “In order to do business, we can’t completely eradicate our emissions but we monitor our impact, reduce what we can and climate compensate the rest.”

Carbon neutrality as fashion must-have hasn’t happened in a vacuum. The industry, which is responsible for “around 10% of all global greenhouse gas emissions,” according to the United Nations Framework Convention on Climate Change, has come under increasing scrutiny. If it were to continue to grow at current rates, it could use more than a quarter of the world’s annual carbon budget by 2050.

But is carbon neutrality and offsetting, with which brands are hoping to repent for decades of wrongs, the silver bullet many will be hoping for?

“Carbon footprint” – an oft-repeated phrase that attempts to simplify the idea of how much carbon any given activity emits into the atmosphere – is far from simple to calculate. Flights are an easier prospect – as Maxine Bédat, founder of the New Standard Institute, recently told Vogue: “You can calculate the carbon footprint of a flight, but in terms of [the carbon footprint of] a fashion show, that data doesn’t exist.” Gabriela Hearst, for instance, factored in production, design, catering, power, waste and more.

It can also prove tricky to calculate carbon emissions when it comes to clothes themselves. “Historically, brands have not had very good oversight or control of their supply chains,” says Alice Wilby, a sustainable fashion consultant. “How are you going to start implementing environmental audits like this? You’ve got to consider absolutely everything, from where your material is grown or sewn through to how it is turned into fabric, how it’s manufactured and how it’s transported.”

Gucci acknowledges these difficulties, but is keen to push past them. “If we wait to be perfect, in terms of the calculation of impact or methodology, to me it’s just an excuse for not doing it,” said Bizzarri at the time of the brand’s carbon-neutral announcement. “More and more, we just need to act.”

There have been problems with the offsetting schemes too. Companies carrying them out on behalf of the brands have come under fire – for reasons including claims of fraudulent activity, to causing damage to the communities living around their projects. With a lot of offsetting happening in developing countries, “there’s a track record of environmental and human rights abuses occurring,” says Wilby, “because of offsetting projects being set up in areas where indigenous rights are not respected and lands are used without approval.” Since the WWF and others set up Gold Standard, an organisation designed to ensure the integrity of these projects, the hope is that these schemes are improving.

For its critics, offsetting can distract from the task of reducing carbon output in the first place, even when done responsibly.

“It is important to note that offsetting isn’t actually tackling the reduction of a company’s footprint,” says Ilishio Lovejoy, project manager for policy and research at Fashion Revolution. “It is making the overall global situation ‘less bad’ by ‘doing good’ somewhere else.”

Many of its naysayers also note the fact that offsetting prioritises lessening guilt over reducing actual harm. There is a privilege involved in being able to pay away your carbon, whether as a consumer or a company. Writing on the broad subject of carbon offsets as far back as 2006, Guardian writer George Monbiot compared it with the ancient Catholic church’s practice of selling indulgences.

“It can send the message that, if you have enough money to buy your way out of the damage you are causing, you don’t need to take action or act as quickly to change your own practices,” says Lovejoy. Sara Arnold, a member of Extinction Rebellion’s fashion wing, says that “it’s better for companies to do it rather than to not do it, but let’s call it what it is: CSR [corporate social responsibility]. And that CSR shouldn’t be used to make people feel like their purchases don’t have an environmental impact.”

For Sheep Inc’s founder Edzard van der Wyck, one problem is that carbon neutrality falls short. With the fashion industry growing more rapidly than the efforts to improve its environmental impact can keep up with, “the idea that we’re talking about carbon neutrality as this alpha and omega of sustainability is troubling”.

Steps will need to be bold if fashion is going to clean up its act. Van der Wyck is sceptical of companies’ altruism. “If you look at how Gucci recently said it had invested $8.4m in a carbon-offsetting project … that’s 0.2% of their earnings … then Notre Dame catches fire and the next day [they donate] €200m.” He also thinks that companies need to be making sure their manufacturing is running on renewable energy, using the right, recyclable, materials.

Carbon neutrality might, says Wilby, sound sexy – and she believes “it can work as part of a larger programme” – but without reducing carbon output “it cannot be the final goal. It just can’t.”