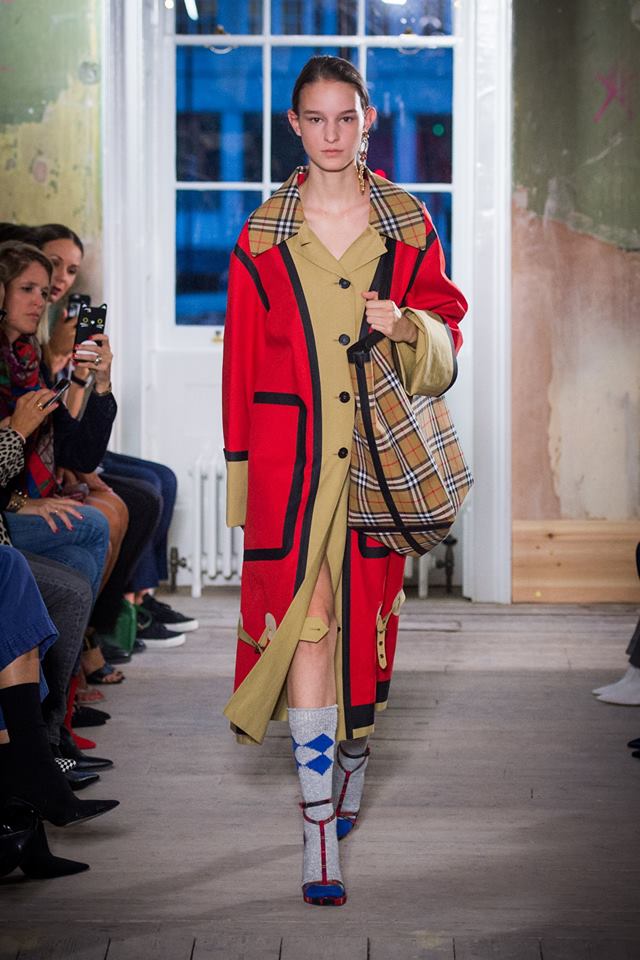 This article titled “Burberry blames falling sales in UK and Europe on stronger currencies” was written by Julia Kollewe, for The Guardian on Wednesday 11th July 2018 11.16 UTC

Burberry has warned of falling sales in the UK and Europe as a stronger pound and euro deter Chinese tourists.

The luxury fashion house, known for its distinctive check motif and trenchcoats, posted revenues of £479m in the 13 weeks to 30 June, compared with £478m a year earlier. Same-store sales grew 3%, down from the 4% growth reported this time last year.

Sales fell by “a low single-digit percentage rate” in the UK and Europe because of weaker tourism demand. Burberry shares dropped 3.6% in early trading on the news.

Sterling has strengthened over the past year, making the UK a less attractive destination for shoppers. The euro has also strengthened. The pound was trading at around $1.41 in early April, compared with $1.24 a year earlier.

Julie Brown, the firm’s chief operating and financial officer, said: “We had far fewer Chinese tourists coming to the UK and Europe. They were shopping more in Asia.”

She said Chinese consumers – who account for 40% of Burberry’s sales – were very sensitive to currency movements and tended to travel and shop in countries that offer the most favourable exchange rates. The sharp decline in the pound in the months after the Brexit vote two years ago lured more Chinese tourists to Britain but as the currency started to recover those numbers dwindled.

Instead, they have been shopping in Hong Kong, South Korea, Japan and mainland China, boosting Burberry’s sales in Asia Pacific by a mid-single-digit percentage.

Burberry has introduced new handbags such as the D-ring and complementary tops and skirts, and has revamped its trenchcoats. The new belt bag, priced at £1,390 to £1,790, is selling well in China, along with car coats and £1,690 tropical gabardine trenchcoats.

Brown said there was also a slight decline in spending by domestic shoppers in Britain. Sales in the Americas grew by a high single-digit percentage as the improving US economy encouraged more consumers to buy Burberry products.

The fashion house is gearing up for the debut collection from its new chief creative officer, Riccardo Tisci, to be presented during London fashion week on 17 September. Tisci is a former designer for Givenchy, where he used shark teeth and nose ring motifs.

Burberry plans to launch pieces from the collection in “instant drops” from September, aiming for more frequent product launches in future. Brown said: “It’s all about exciting the consumer with frequent drops, freshness.”

The firm is also collaborating with the veteran British designer Vivienne Westwood, whose collection will be in stores in December.

Marco Gobbetti, Burberry’s chief executive, said: “While we know it will take time to achieve our ambitions, our progress to date and the energy in and around the company give me confidence for the future.”

Mamequa Boafo, a senior retail analyst at GlobalData, said: “The brand’s overall strategy to invest in a number of key territories is a wise one in order to counteract the challenging sales faced in the domestic market and support future growth.”

Burberry said its partnership with the online marketplace Farfetch, which started in February, was performing ahead of expectations. It will give Burberry access to more than 150 countries.

The UBS analyst Helen Brand said: “We see a potential long-term improvement story at Burberry but … investors are hoping for the benefits of a turnaround to show somewhat sooner.”