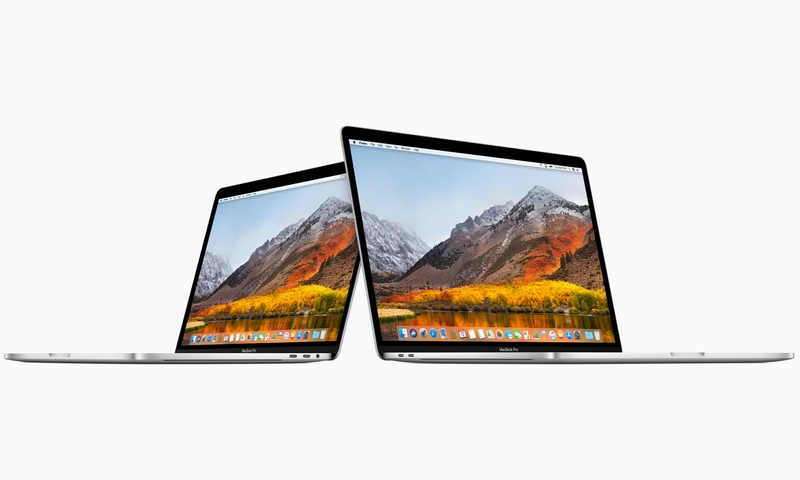 The update is slightly more than an expected specifications improvement for Apple’s popular “Pro” laptops. Both the 13-inch and 15in MacBook Pros with Touch Bar will now come equipped with the latest eighth-generation Intel Core i5, i7 and i9 processors, bringing them into line with competition from Windows PC manufacturers such as Huawei, Dell and others.

Aside from more power, the updated machines also gain the True Tone colour control system from Apple’s iPads, which uses light sensors to adjust the colour temperature of the display to best match the light in your environment.

Apple has also put the new T2 chip from its iMac Pro into the MacBook Pro, which handles fingerprint scanning, the Touch Bar and other duties. The T2 chip also enables users to interact with Apple’s virtual assistant using the wakeword “Hey Siri”, similar to iPhones. Previously MacBook Pro users had to press a button to trigger Siri.

Lastly, the new MacBook Pros come with Apple’s third-generation of butterfly switch keyboard that promises to be quieter. The update to the keyboard does not address problems with dust that causes dead keys, however.

The rest of the machines stay untouched, including the four Thunderbolt 3/USB-C ports, battery life and screen resolution.

Only the 13in and 15in MacBook Pros with Touch Bar have been updated, leaving the model without a Touch Bar unchanged, along with the smaller MacBook and iMac. Updates for Apple’s other Macs, as well as iPads and iPhones are expected later in the year.