Starting April 27th, the Palais Galliera in Paris will pay homage to the very popular singer, Dalida with an  exhibition of her “On and Off-Stage” wardrobe, recently donated to the museum by her brother Orlando. The singer was a fervent lover of fashion : glamorous in a red velvet 1950’s dress by Jacques Esterel or a Balmain 70’s pinafore dress, chic and understated in Loris Azarro, dazzling in 80’s sequined disco outfits by
Michel Fresnay or classical and timeless in Yves Saint Laurent Rive Gauche… Robert Carsen, the stage and artistic director of this exhibition, has chosen to illustrate her extraordinary style with the presentation of a series of her musical performances.

2017 will also be the year to celebrate the Spanish influence on fashion and textile history with the cooperation of the Museo del Traje in Madrid.

The “Balenciaga, l’oeuvre au noir” exhibition at the Musée Bourdelle marks the tribute Palais Galliera pays to “the most Couture of Couturiers”. This exhibition resonates with the black tones favored by Cristobal Balenciaga that underline in particular the outstanding tailoring structure of his work and the mastery of his use of fabrics.

The exhibition resonates with the black tones of an alchemist of haute couture. Balenciaga pieces are displayed alongside the plaster casts in the Great Hall and there are more in Bourdelle’s studios and in the contemporary Portzamparc wing of the museum. Balenciaga’s work sets up a powerful, black-on-white dialogue with the great, late 19th-and early 20th-century sculptor.

Black – for Balenciaga’s inspiration: the spiritual underpinnings of his work were the folklore and traditions of his Spanish childhood. Black – for the ascetic taste of this extraordinarily skilful tailor who gave us: the barrel line (1947), the balloon (1950), the semi-fitted (1951), the tunic dress (1955), and, of course, the sack dress (1957). Black – for the monastic influence on the master, of whom Dior once said: ‘Clothes were his religion’.

The first part of the exhibition trail, ‘Silhouette & Volumes’, is followed by ‘Noirs & Lumières’ (‘Black & Light’), and then ‘Noirs et Couleurs’ (‘Blacks & Colours’) – because for Balenciaga, black was more than a colour or even a non-colour; he saw it as a vibrant matter, by turns opaque or transparent, matt or shiny – a dazzling interplay of light, which owes as much to the luxurious quality of the fabrics as to the apparent
simplicity of his cut. 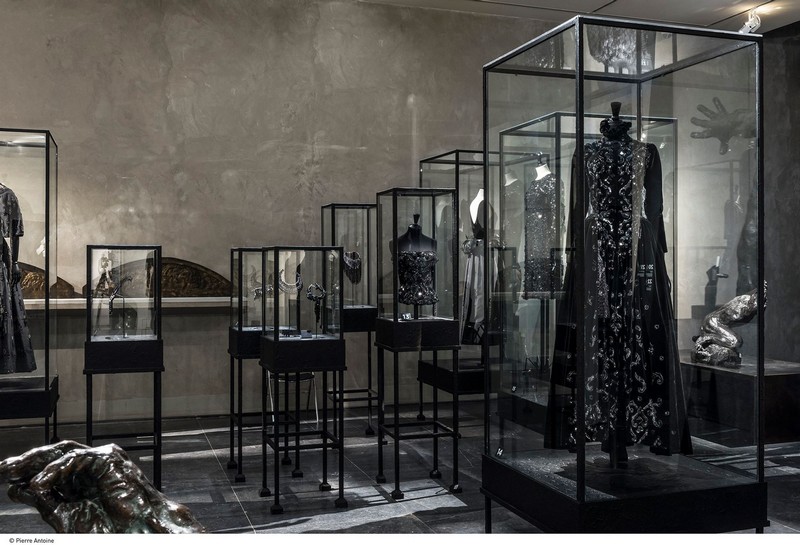 A lace highlight, an embroidered composition, some twisted metallic tape, a thick drape of silk velvet and, hey presto, you have a skirt, a bolero, a mantilla, a cape reinvented as a coat, a coat tailored as a cape… Here we have day clothes, a suit, a jacket… and over there, evening outfits and also cocktail dresses lined in silk taffeta, edged with fringes, decorated with satin ribbons, jet beads, sequins… and accessories –
black, of course. Variations of black repeated in over a hundred pieces from the Galliera collections and the archives of Maison Balenciaga.

On June 21st, the Maison de Victor Hugo will open its doors to the “Spanish costumes from dark to bright”exhibition at Palais Galliera. For the first time in Paris a large selection of garments and accessories from the 19th and early 20th century will be displayed to enable visitors to discover the opulence of each province of Spain’s traditional costumes. They will be mirrored by some 40 remarkable photographs by José Ortiz Echague.

Finally on October 4th, the Palais Galliera, will present the first Paris retrospective of Mariano Fortuny’s work with a hundred pieces from the Museo del Traje, the Museo Fortuny in Venice and the Palais Galliera collections. The exhibition will emphasize the great variety of his inspirations and the amazing talent he applied to textile and fashion. The shimmering fluidness of the fabrics he created reflects his passionate quest for the liberation of the body and the ultimate luxury of comfort. A plunge into timeless elegance. 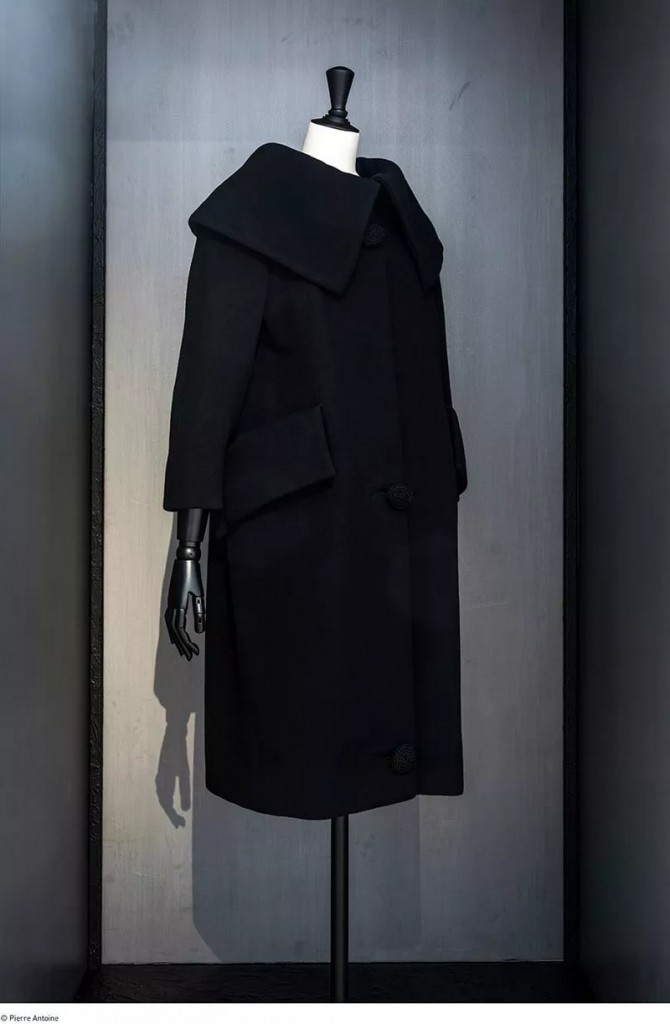 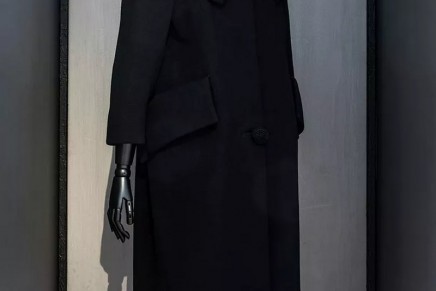 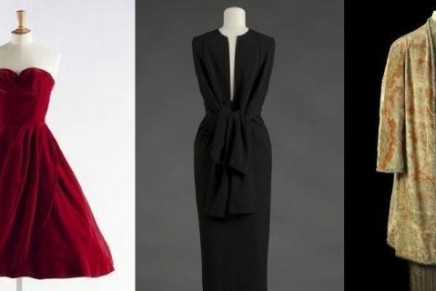 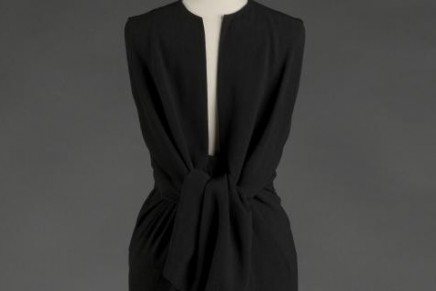