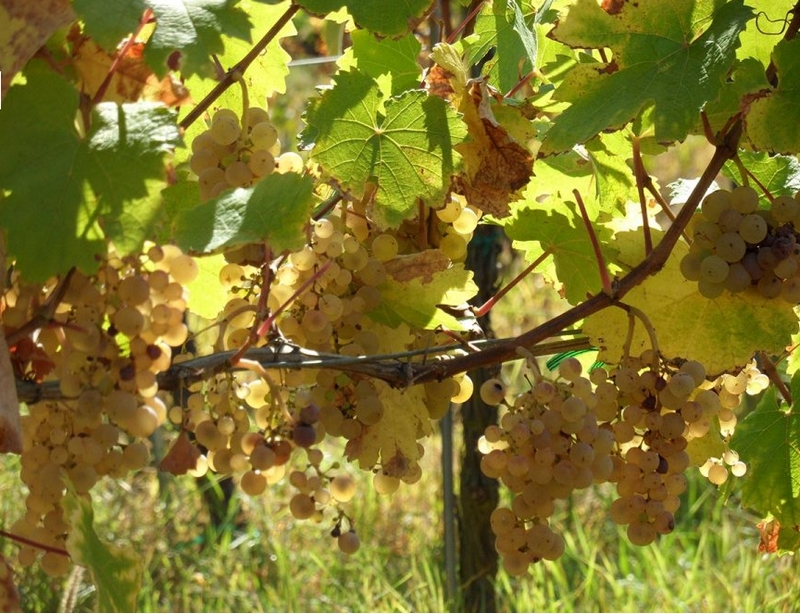 Wittmann Silvaner QbA, Rheinhessen, Germany 2016 (£12.90, The Wine Barn) Why have Silvaner when you can have Riesling? That’s the question, paraphrasing the advertising strapline of a certain popular chocolate bar, that winegrowers and white wine lovers in Germany might ask themselves. Silvaner is very much the cotton here, riesling – the one with the luxurious fine-wine reputation, the one about which wine lovers are liable to go into poetic raptures –the silk. But it seems a shame if riesling’s undeniable brilliance prevents us from enjoying a variety with its own distinctive, spring current-lively charm – and one that until not all that very long ago was Germany’s most widely planted variety. The world would certainly be a duller, less charming place without the gentle but irresistibly quicksilver dry silvaner made by riesling master Philipp Wittmann in the Rheinhessen region (itself sometimes overlooked in favour of more celebrated neighbours) with its flashes of white flowers and its pristine citrussy fruit.

Domaine Pierre Frick Chasselas, Alsace, France 2017 (from £19.99, Smiling Grape; Forest Wines) Silvaner – or to use the local spelling, sylvaner – has an even tougher time making its presence felt in Alsace, another part of the world with a justified reputation for riesling, but where claims of greatness are also reserved for wines made from spicy gewurztraminer and pinot gris. Alsace sylvaner can sometimes come across as rather insipid by comparison, although Domaine Bruno Sorg Sylvaner Vieille Vignes 2016 (from £13.29, Noel Young Wines; Bottle Apostle; Hedley Wright) fairly ripples with juicy ripeness of fruit, while still retaining the variety’s intrinsic nimble raciness. Another grape that sometimes struggles for recognition in Alsace is chasselas, which is best known for the quietly incisive, but (at least by the time they end up in the UK) expensive dry whites it yields in Switzerland. The Frick family, however, use it to make something truly special in Alsace, a luminous, energetic dry white wine filled with succulent orchard fruit.

Potel-Aviron Bourgogne Aligoté, Burgundy, France 2017 (£12, Oddbins) When it comes to operating in the shadows, however, no white grape variety has a tougher time than Burgundy’s perennial runner-up, aligoté. This, after all, is the home of some of the world’s most sought-after dry whites, but the accolades are almost exclusively reserved for those made from chardonnay. Aligoté, by contrast, has traditionally tended to find its way into an aperitif glass topped up with crème de cassis to make a kir. But in recent years, growers have begun to treat aligoté with a little more respect. And the results have forced a re-appraisal of its potential for making racy dry wines with an easy, unforced appeal – and in some cases (the electric, hard-to-find version made by Domaine Leroy) more than that. One good-value version I’ve enjoyed this summer is Potel-Aviron’s, which with its freshness, focus and hit of lemony fruit is a grilled fish partner par excellence.