Launched for Spring-Summer 2020, Louis Vuitton 2054, the new performance-inspired and tech line by Men’s Artistic Virgil Abloh, fuses the present century with the year 1854 when the French luxury house Louis Vuitton was founded. 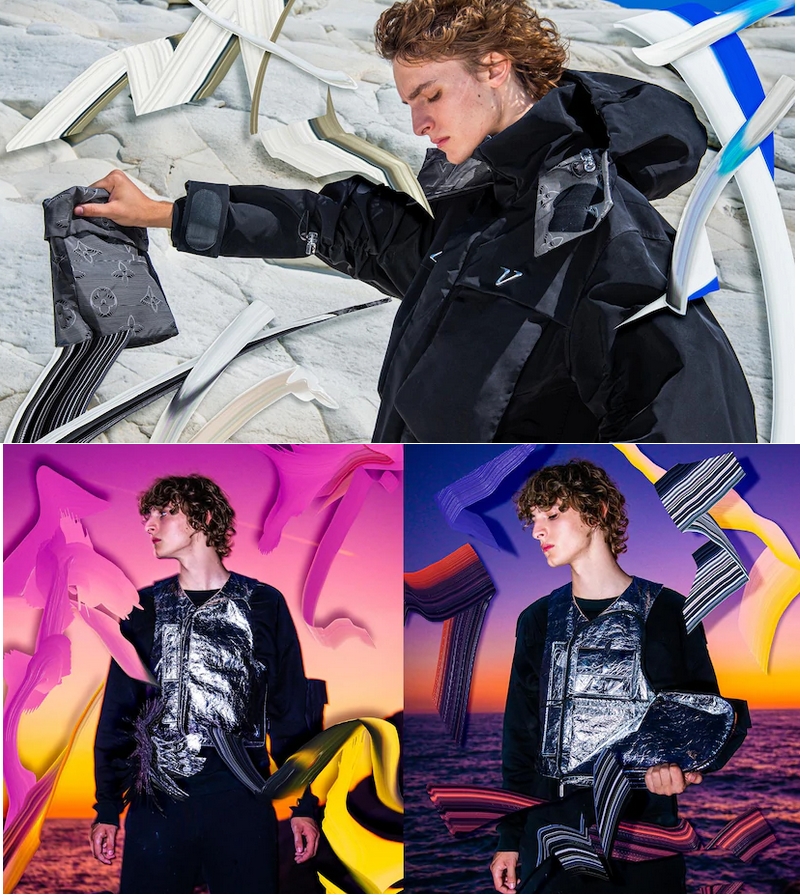 Virgil Abloh’s LV2054 collection expresses a vision for a multifunctional wardrobe of the future.

Invoking the idea of a sartorial uniform two hundred years on, Virgil Abloh aims to define a contemporary wardrobe by morphing the rules of urban dressing and activewear. Louis Vuitton 2054 features fourteen pieces in a selection of styles and colours, each integrated with transformable functionalities.

Louis Vuitton Men’s Artistic Director has been investigating the wardrobe pieces that set the foundation for our collective everyday sense of dress.

For the Louis Vuitton 2054 Collection, the designer has created multifunctional garments informed by performance wear, but versatile in essence. Created in entirely water-repellent technical fabrics including treated calfskin alongside knitwear, the seasonal collection launches for Spring-Summer 2020.

In this first release, a padded over-shirt with multiple zips for adaptation compresses into its own back pocket and morphs into a pillow native to trekking. A windbreaker features a front pocket into which the jacket wraps up and converts into a pouch. A military parka constructed from quilted padded lining and an outer shell splits into two separate jackets.

Parachute trousers in Monogram relief feature removable cargo pockets, nodding at the multi-pocket signature of accessomorphosis – the integration of bags into garments – a recurring detail in Virgil Abloh’s collections for Louis Vuitton. 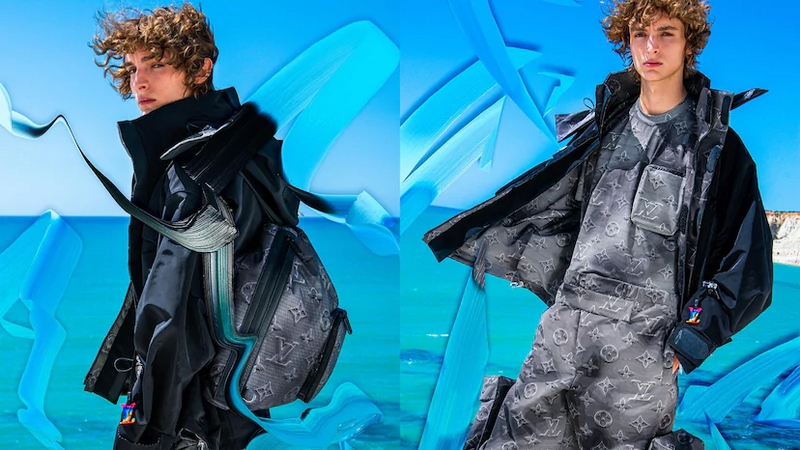 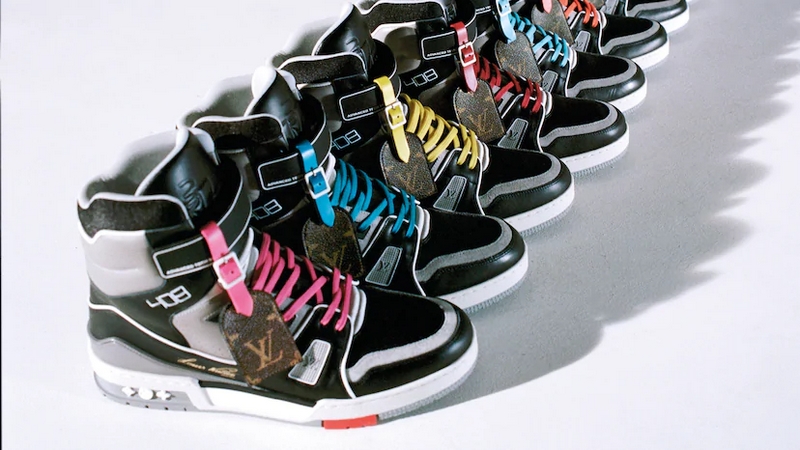 Flirting with nostalgia and borrowing its lines from basketball shoes, the LV Trainer has since been reinterpreted each season in various colour combinations and materials. This winter, nine limited-edition high-top models have been created to represent nine different cities around the world, with each city identified by a dedicated colour.

As collector’s pieces, new, colourful laces and a matching Louis Vuitton Monogram tag distinguish this collection and each edition will only be available for purchase in select Louis Vuitton stores located in its corresponding city. 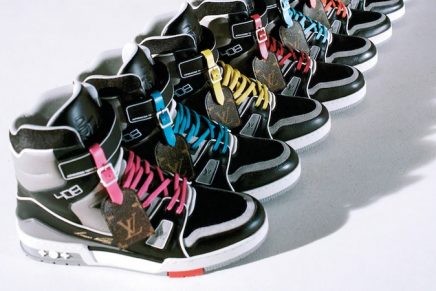 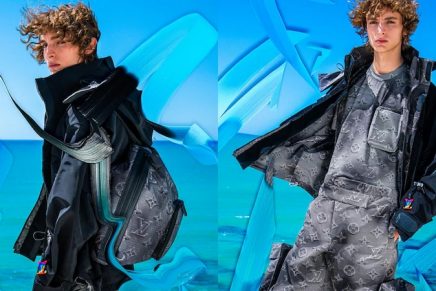 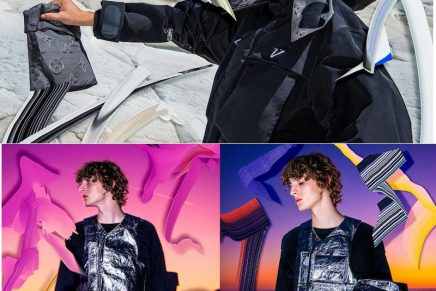 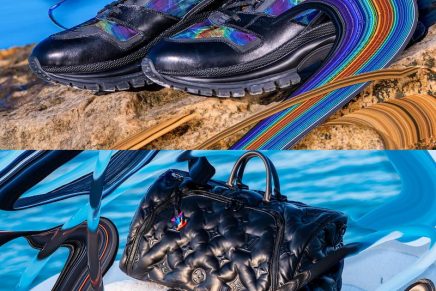 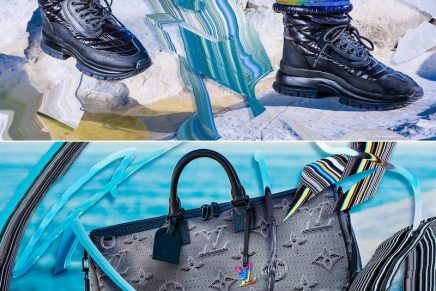