This range stylishly fuses functionality with street cred and high cultural references, it brings you statement pieces that challenge tradition. The collection of 15 pieces consists of a range of fashion-forward homewares that cater towards fluid and contemporary living, including a day bed, table, chair, mirror, lighting, bed textiles, cabinet and accessories. 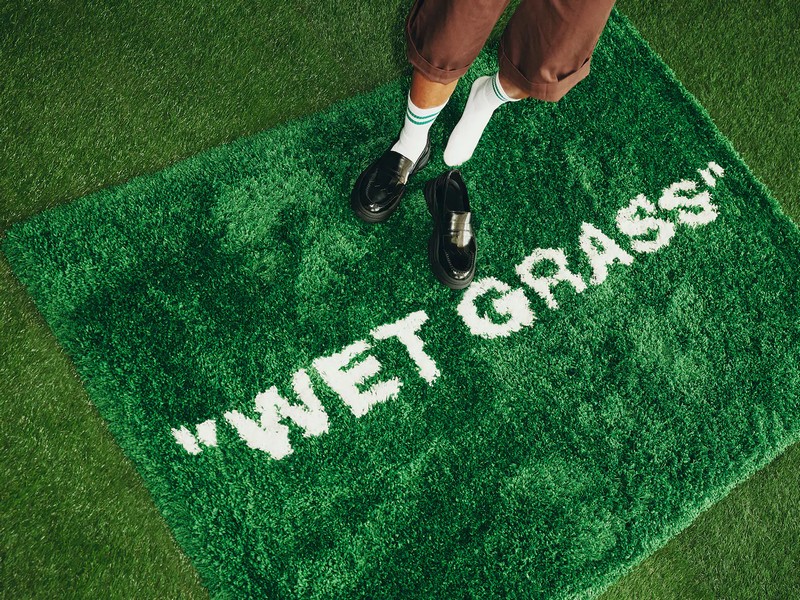 A level of hype usually reserved for streetwear drops in London’s Soho or Tokyo’s Harajuku could be found at the Wembley branch of Ikea on Friday morning, as the collaboration between the Swedish homeware store and one of the hottest names in fashion, Virgil Abloh, finally went on sale.

The Louis Vuitton menswear designer and the founder of the streetwear brand Off-White is known for having a cult following, which explains the throngs who turned up next to a rainy North Circular to buy items from his 15-piece collection. The designs include a backlit take on the Mona Lisa for £65 and a chair with a doorstop attached to one of its legs (£99).

Called Markerad, the collection has been generating huge amounts of buzz since it was announced at Paris fashion week last year. When free tickets for the launch were released online on 9 October they sold out in less than five minutes.

Billed as the “world’s comfiest queue”, the scattered sofas were not plentiful enough to go around in the final hour. People came from as far away as Italy and as nearby as the end of the Central Line – midwife Tara Spurrs arrived after a nightshift to check on her 16-year-old son at the front of the queue – and several stayed overnight.

Many of those waiting were big fans of Abloh. “Virgil’s done it and I like Off-White,” said Leon Henry, 19, a construction worker who was first in line, arriving at 10am on Thursday and surviving on a diet of UberEats. Andrew Maksymowski, 27, who travelled from Manchester to be there, said: “His designs are quite innovative. People hate him as well, which I quite like. I think he’s interesting and different to what normal designers are like, so I have a lot of respect for him.”

Abloh-designed Ikea rugs sold for thousands on resale sites earlier this year and many in the queue were hoping to make some money from their purchases. José Martins, 29, who has previously resold items from the skate brands Supreme and Palace, already had a buyer willing to pay £700 for one of the £200 rugs. “Basically we are buying Louis Vuitton stuff for the price of Ikea,” he said. But not everyone planned to resell their purchases. Maksymowski said he was “looking for some new furniture for my flat and I’ve always really liked Virgil Abloh”.

Among the items generating the most buzz is a wall clock, priced at £25, decorated with the word “temporary” and a rug that reads “wet grass”, costing £199. Another rug is made to resemble an Ikea receipt and is going for £75. As J Frank, 21, explained: “It’s almost taking the piss; it’s a bit meta. You’re paying for an Ikea receipt that you’re going to receive when you buy it.”

Abloh throws light on the collection on Ikea’s website: “It’s about elevating the anonymous, everyday icons that we use without noticing.”

Inside the store, Isabel Carbafho, 21, said: “It’s just a bit mad really, you don’t really see this stuff … [plus] everyone can actually afford to buy it, which usually with Off-White you couldn’t do.”

Waiting in line has become a modern phenomenon in recent years thanks to the world of streetwear and Carbafho explained how “to be able to say that you queued overnight, and went to this launch, is quite a nice thing to be a part of”. She and her friends had been taking it in turns to nap since midnight.

It is not the first time Ikea has found itself at the centre of a fashion storm – in 2017 the influential label Balenciaga sold a design uncannily similar to Ikea’s blue and yellow Frakta bag for £1,365.