Waldorf Astoria to operate the luxury hotel within The Admiralty Arch London. London’s historic building will be home to a Waldorf Astoria hotel in 2022. 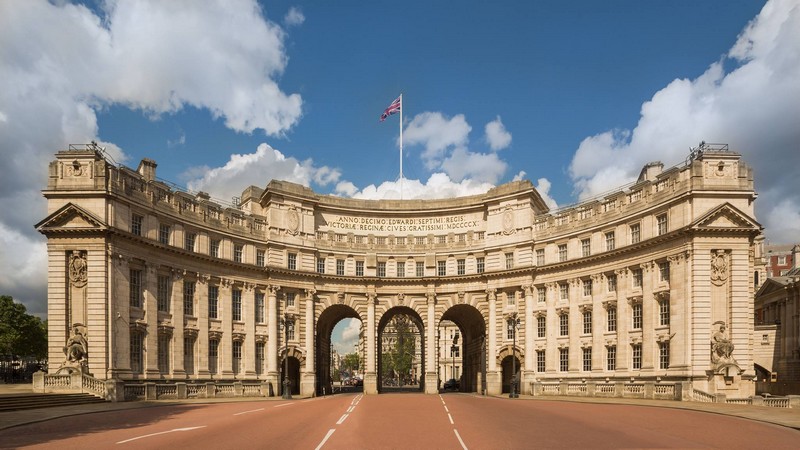 Waldorf Astoria Hotels & Resorts has been appointed to operate the luxury hotel within one of the London’s best-known and most prestigious monuments. Admiralty Arch Waldorf Astoria, London will open in 2022, following an extensive on- going refurbishment programme which will restore and protect the iconic landmark’s architectural and historical features. In 2012, it was rumored that the restoration project will see Admiralty Arch turned into an Armani Hotel.

Work is already underway to sensitively restore the building’s original features, and an internationally celebrated design team is in place, led by Michael Blair and David Mlinaric. Michael Blair’s work includes the restoration and extension of The Ritz, The Connaught and Claridge’s hotels. David Mlinaric’s body of work includes The Royal Opera House, The Victoria & Albert Museum, The National Gallery and the British Residences in London and Paris.

Historical interiors expert Andrew Damonte completes the design team. Andrew Damonte has worked alongside David Mlinaric on the restoration of Dumfries House in Scotland for HRH The Prince of Wales.

Admiralty Arch was commissioned by King Edward VII in memory of Queen Victoria, and was designed by Sir Aston Webb, who was also responsible for The Mall and main facade at Buckingham Palace. In addition to housing the official residences of the First Sea Lords, Admiralty Arch has served as a centre for clandestine wartime intelligence efforts, a Royal Navy outpost, and latterly as a centre for the UK Government’s Cabinet Office. Following a rigorous and thorough official tender process Prime Investors Capital Ltd outbid 28 institutional bidders from all over the world in order to acquire the 250-year lease of the property in 2015.

Since construction of the building was completed in 1910, Admiralty Arch has hosted leading figures of state and society, from Sir Winston Churchill – whose office was based within the arch when he was First Sea Lord of the Admiralty – to author of the James Bond spy novels Ian Fleming. Situated in one of London’s most prestigious addresses, Admiralty Arch offers unmatched views down The Mall to Buckingham Palace, and commanding vistas across Trafalgar Square and Nelson’s Column.

Admiralty Arch Waldorf Astoria will include 96 spacious and luxurious hotel rooms and suites, and three world class restaurants. Plans include a rooftop bar with sweeping views across London’s skyline, private meetings and event spaces, as well as a state of the art spa. Luxury private residences and an exclusive Private Members Club and other exclusive Food and Beverage components will join the hotel within Admiralty Arch.

“Since 2015 when we acquired Admiralty Arch from the British Government, we have made many decisions that will impact not only the future of the building and the local area, but also the profile of the very heart of London,” said Rafael Serrano, Chief Executive Officer, Prime Investors Capital Ltd.

“We have appointed a team of talented experts with the experience and knowledge to capture the spirit of this magnificent building. We have created a detailed plan to transform Admiralty Arch into an extraordinary Hotel, Residences and Private Members Club. And one of the most important decisions we have made is to select and appoint the operator to whom we will entrust the management and running of this hotel. Further to interest and discussions with 12 top luxury hotel brands, we are delighted to announce the creation of Admiralty Arch Waldorf Astoria, London,” added Serrano.