Phillips has gotten wind of the Urban beekeeping trend as it has grown across the world and came up with a concept beehive that is very sleek and well-designed. Part of the initiative that includes the Microbal Home, the Urban Beehive is meant to allow everyone to glimpse the remarkable world of the honeybee.

The urban beehive is a concept for keeping bees at home. The beehive is designed to allow us a glimpse into the fascinating world of these industrious creatures and to harvest the honey that they produce.
The design of the beehive is unconventional, appealing, and respects the natural behavior of the bees. It consists of two
parts: entry passage and flower pot outside, and glass vessel containing an array of honeycomb frames, inside. The glassshell filters light to let through the orange wavelength which bees use for sight. The frames are provided with a honeycomb texture for bees to build their wax cells on. Smoke can be released into the hive to calm the bees before it is opened, in keeping with established practice. 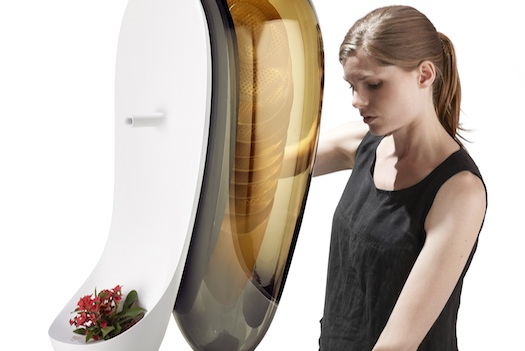 This is a sustainable, environmentally friendly product concept that has direct educational effects. The city benefits from the pollination, and humans benefit from the honey and the therapeutic value of observing these fascinating creatures in action. As global bee colonies are in decline, this design contributes to the preservation of the species and encourages the return of the urban bee.

To make their hives, bees produce wax and propolis, a resinous mixture that varies with the bees’ environment and diet. Propolis has a structural function but is also believed to inhibit harmful pathogens in the hive and is sold as an alternative medicine. Once the health benefits of honey and propolis are better understood, the urban beehive could also have a role in the home apothecary. 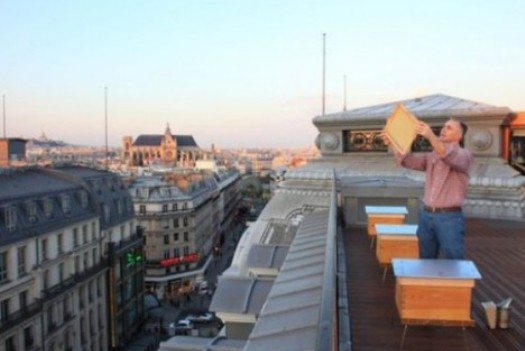 Louis Vuitton is known to be a big fan of the Urban beekeeping. The luxury brand has packaged up the honey from the three beehives it installed two years ago on the roof of it’s Parisian headquarters. The hives were visited by up to 200,000 bees during that time, gathering 75kg of nectar. According to the French beekeepers association, urban bees can be up to four times more productive than rural bees.