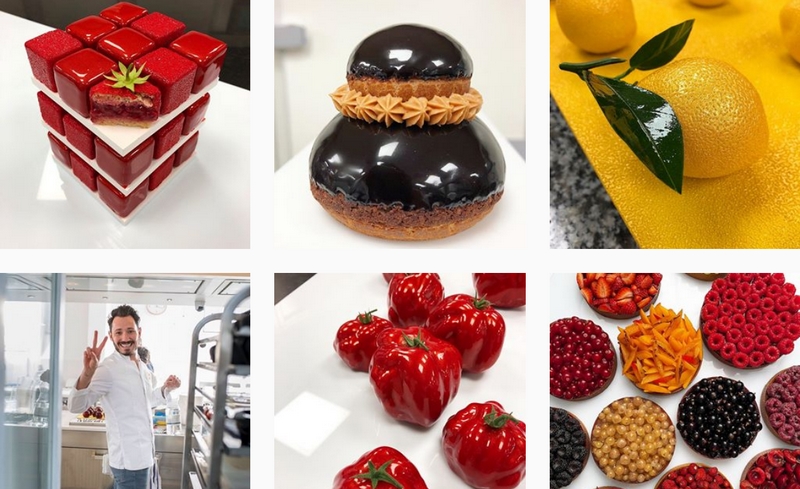 At the age of only 32, Pastry Chef Cédric Grolet has already achieved a lot – but following his call to create light and exquisite desserts and powered by his creativity and tenacity, there are surely many more finish lines that the pastry chef is still to cross.

The striking trompe l’oeil desserts that are not what they seem and impressive edible sculptures featuring fruit and spices combinations have brought Cédric Grolet the title of The World’s Best Pastry Chef 2018. In March 2018, Grolet inaugurated Le Meurice’s Pastry Boutique, located on Paris’ 1st arrondissement, where pastry enthusiasts can taste unique creations and interpretations of French classics, such as St Honoré cake and madeleines.

Grolet’s sculpted fruits have become his signature as well as the subject of his first book, published in Autumn 2017 and aptly named “Fruits”. Grolet’s style has remained a constant over the years, but his approach to sweetness and flavours changed upon joining Restaurant le Meurice Alain Ducasse. It was chef Ducasse who encouraged Grolet to find his own style and to highlight the natural flavours of the ingredients in his creations.

Thrilled with his award – the latest in a series of international accolades – Grolet is determined not to stop in his search for the most delicious pastry. “The award makes me extremely happy,” Grolet told theworlds50best.com,“but it also puts me under indirect pressure. Today we don’t just have to make pastry, we have to make the best pastry in the world. But I always try to surpass myself and do better.”

“Among Grolet’s signature desserts is Rubik’s Cake, a colourful cube made with fresh fruits and filled with ganache, as well as his own version of the traditional French apple tart, tarte aux pommes, with fine slices of apple twisted into the shape of a rose. His trompe l’oeil sculpted fruits feature impossibly thin layers of chocolate and sugar to deceive the sight, while delighting the other senses,” wrote theworlds50best.

A chef not alien to Instagram trends, Grolet even has his own hashtag (#cgfruits) where you can see his creations and well as those of his fans – professional and amateur – who follow the recipes in Fruits and try to recreate Grolet’s desserts. He confessed theworlds50best.com that he is working on a new book, the details of which are still under wraps, but with so many achievements already under his belt at the age of 32, expectations are high for The World’s Best Pastry Chef. 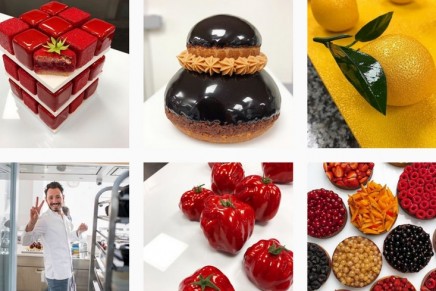