Evija hypercar makes its regional debut. Exclusivity is guaranteed, with production limited to a maximum of 130 Lotus Evija cars. 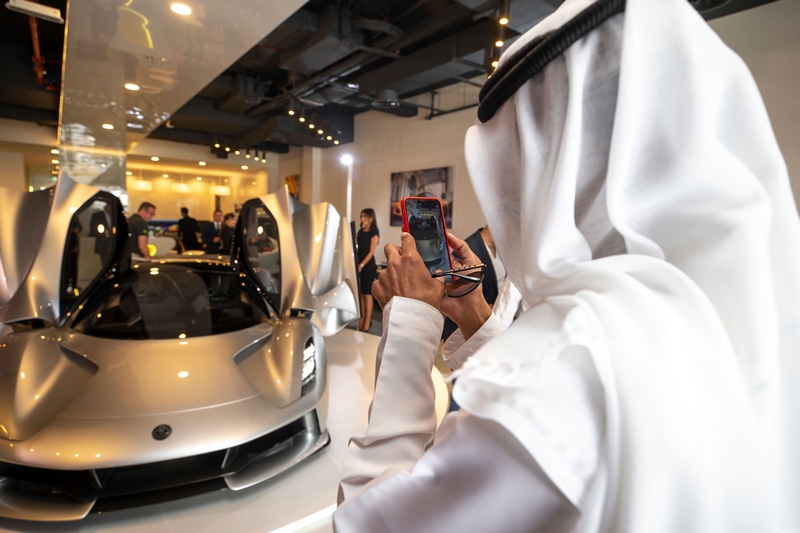 The all-electric Evija debuts in the United Arab Emirates

The Evija’s arrival in the Gulf states is the latest leg of a world tour which began after the car was unveiled in London on 16 July. It has already included Monterey Car Week in the USA, and Japan Lotus Day.

Phil Popham, CEO, Lotus Cars, believes that the Evija will really appeal to Gulf state customer. Lotus is developing the car with them – and particularly the local climate – in mind. Real-world testing of prototype vehicles is now underway to ensure optimum performance in every market. This all-electric hypercar coming to the UAE supports Dubai’s objective to focus on sustainable technologies.

The covers came off at an unveiling at the stunning Lotus Dubai retail outlet, with Phil Popham, CEO, Lotus Cars and Russell Carr, Director, Lotus Design, presenting the all-electric two-seater to invited guests. They were joined by Karl Hamer, CEO of Adamas Motors, Lotus’ retail partner in the United Arab Emirates, plus other members of senior management from both companies. 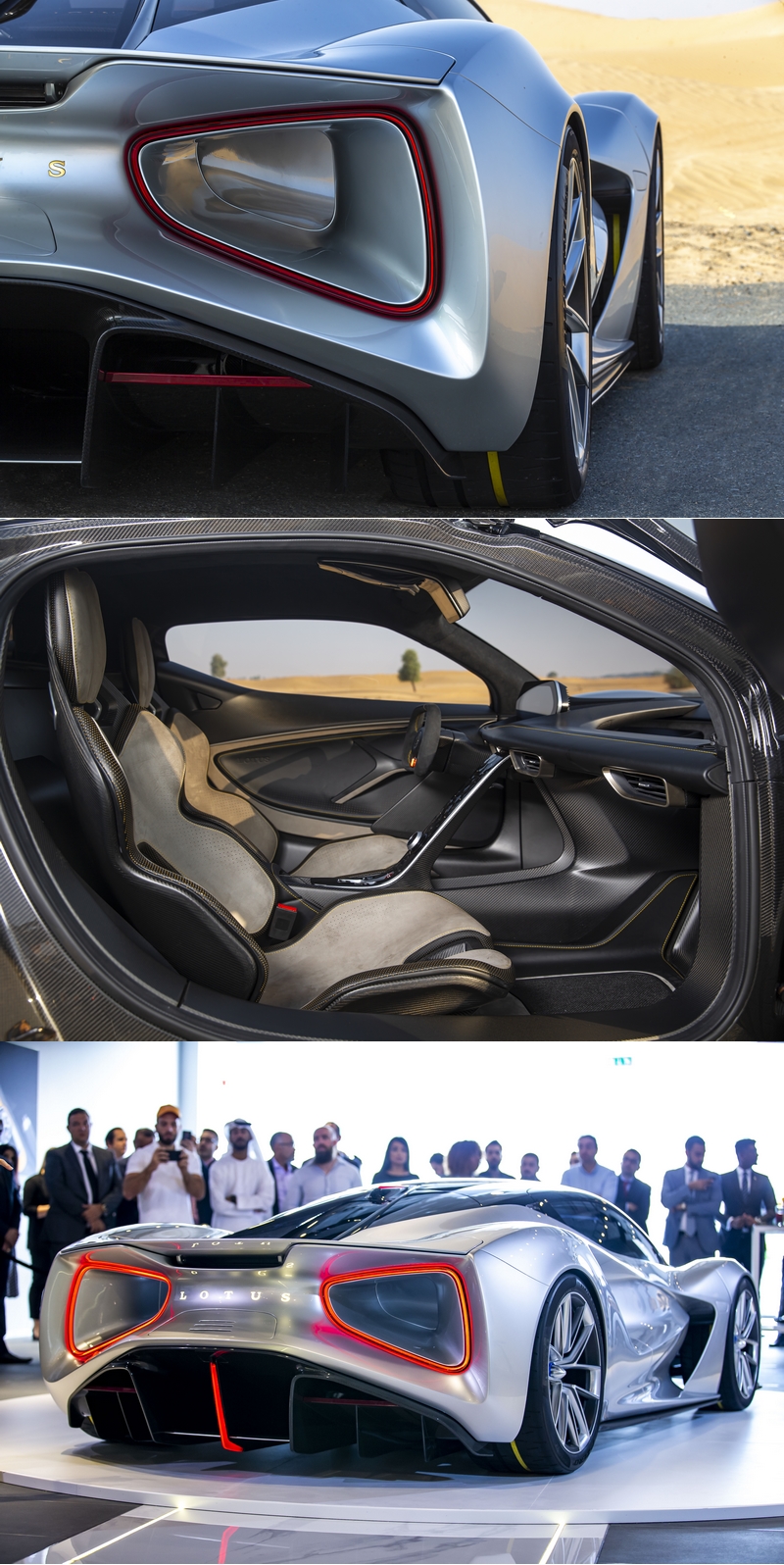 Opened exactly a year ago, Lotus Dubai is on the Emirate’s Sheikh Zayed Road. It’s a 5,000 sq ft state-of-the-art facility capable of showcasing up to 10 models from the Lotus performance car range. The Evija remained in the region for several days. It will also appeared at Lotus Abu Dhabi – in Sheikha Salama Building, Zayed The First Street, Al Khalidiyah – then completed a programme of private viewings.

A technical tour de force, the Evija is illustrative of the innovative thinking and ingenuity that has always been part of the Lotus DNA.

With a target output of 2000 PS, it is the world’s most powerful series production road car. It has been designed and engineered in the UK, and will be produced at Hethel, UK, the home of Lotus since 1966, starting next year.
At the heart of the Evija is an ultra-advanced all-electric powertrain. It has been developed by technical partner Williams Advanced Engineering, famed for success in motorsport, from Formula One to electrifying the first four seasons of Formula E. The battery pack is mid-mounted immediately behind the two seats and supplies energy directly to four powerful e-motors. This highly efficient system is the lightest, most energy dense, electric power package ever fitted to a road car. With a target weight of just 1,680 kg, it will be the lightest pure electric hypercar ever to go into series production.

Engineered for precise and sustained performance, the Evija has five driving modes – Range, City, Tour, Sport and Track. It can race from 0-62 mph (0-100 km/h) in under three seconds and accelerate to a top speed of more than 200 mph (0-320 km/h).

Matt Windle, Executive Director, Sports Car Engineering, Lotus Cars, said at the car’s launch in London: “Every element of the Evija has been meticulously analysed and validated. Precision engineering is nothing without human engagement, and that’s why technology with soul is the benchmark for this and every Lotus.”

The Lotus Evija luxury car is priced from £1.7m plus duties and taxes. A £250,000 deposit secures a production slot. 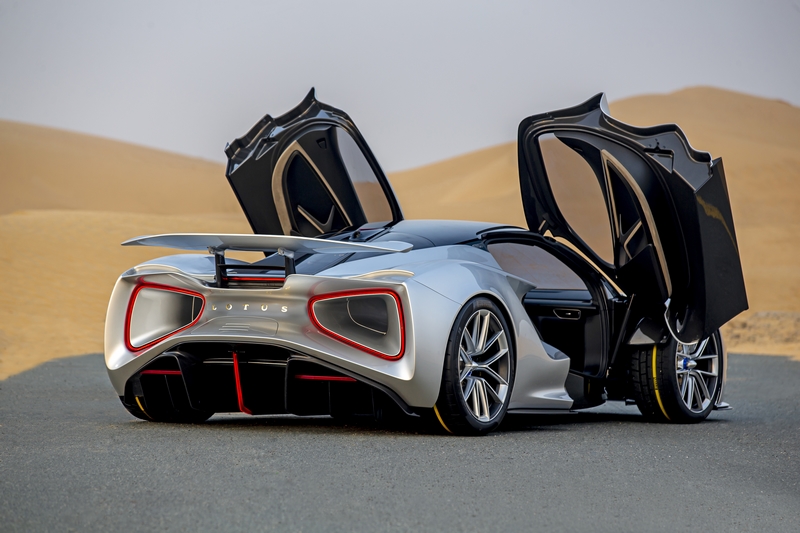 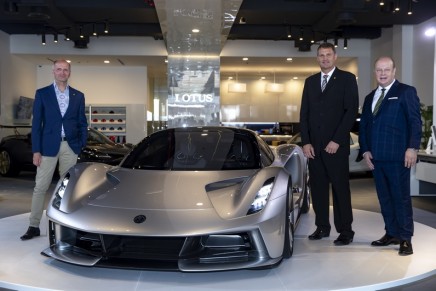 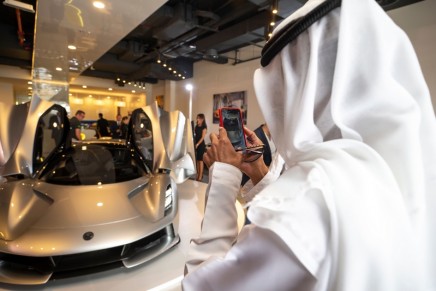 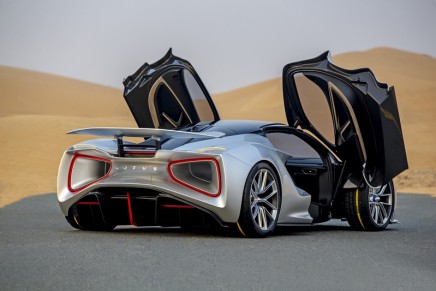 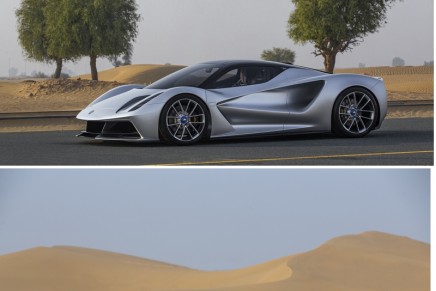 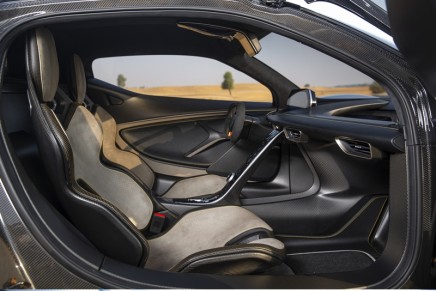