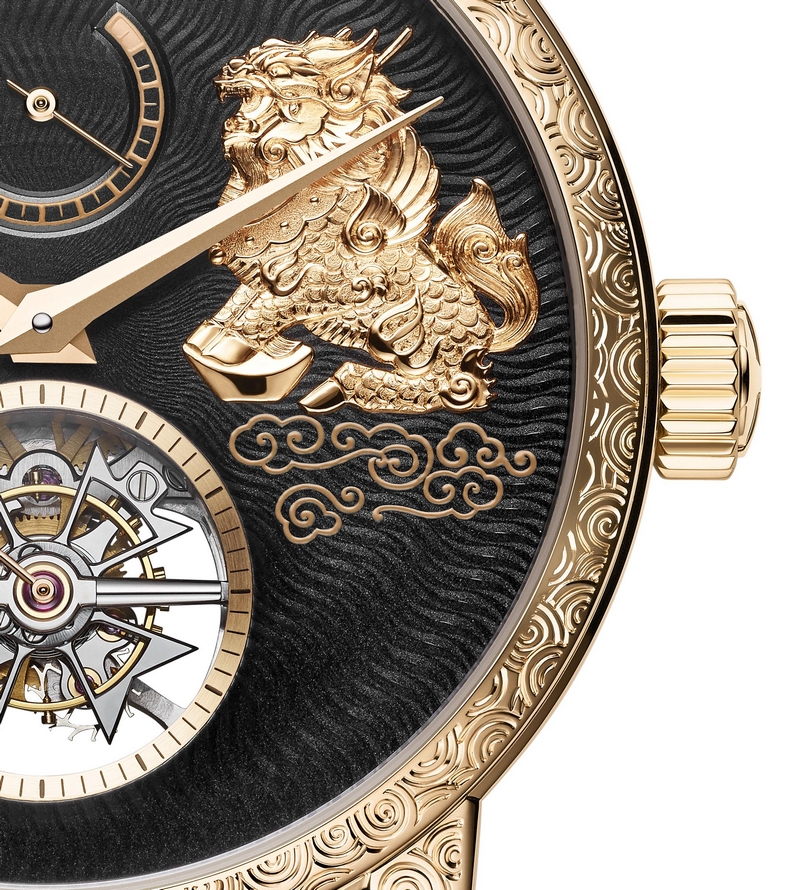 Vacheron Constantin Traditionnelle Tourbillon timepiece is a masterful staging of the path of time, under the benevolent gaze of two Qilin, noble fantasy creatures from Asian mythology. 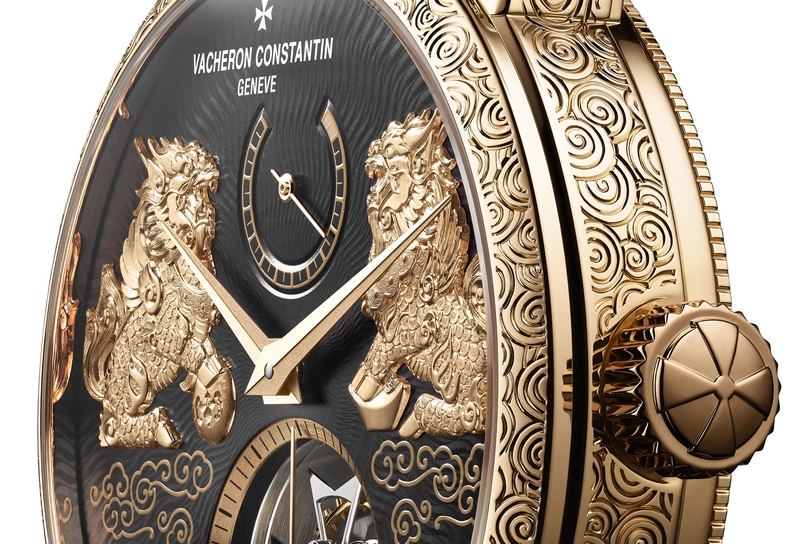 Often depicted as a duo – Qi meaning the male and Lin, the female – Qilin appearance betokens a happy omen.

The mythical creature is a combination of different animals, and every part of it is a symbol of auspices and beauty in the ancient society. For example, a body of the deer stands for power, the skin of fish stands for affluence, a tail of the ox stands for devotion, etc. Qilin’s benevolence and gentleness are among its greatest virtues. So much so that it does not move across any living creature, including plants, for fear of damaging it, generally preferring to travel on water or clouds.

For this reason, the two Qilin engraved on the dial of the Traditionnelle Tourbillon appear on a bed of lucky clouds, a traditional motif adorning ancient Asian artefacts. As a final detail, the two Qilin respectively stand one of their hooves on one traditional Chinese item. The Qi (male) on the globe, a symbol of authority and prosperity; and Lin (female) on an ingot, a harbinger of good fortune. 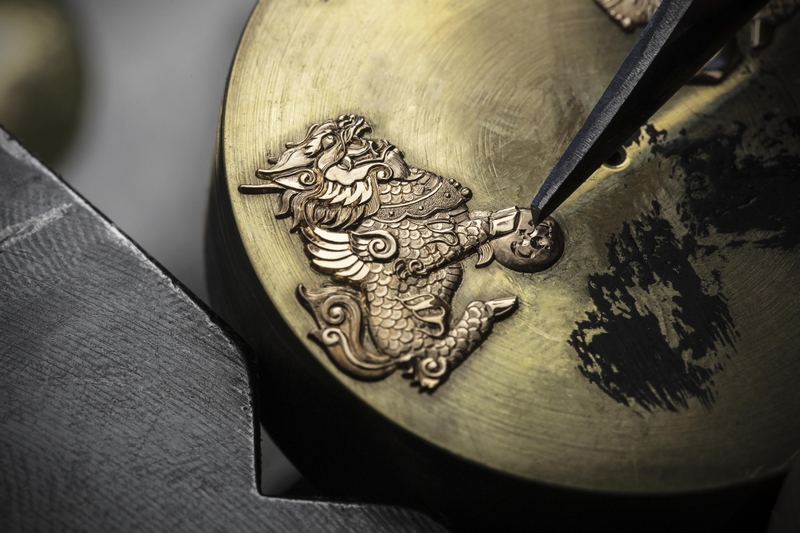 This Traditionnelle Tourbillon timepiece is issued in an 18-piece numbered limited edition.

Emerging from the hand-guilloché gold dial and finished with a black galvanic treatment, two gold appliques represent the fabled Qilin figure with extraordinary finesse. These genuine miniature sculptures are created by dint of extremely precise work using the ramolayé pounced ornament technique. The latter consists of pushing back the material by cutting into, scraping or softening it in order to give volume to a two-dimensional drawing. To achieve this, artisans use their own individual methods and self-made tools – small stones, brushes, paper or files – serving as an exact extension of their hand.

This irreversible work is a delicate, skilful blend of softness and strength, revealing an infinite world of details on a gold surface no more than 0.4 mm thick. Rhythmically punctuated by raised and hollowed areas, flat and curved surfaces, matt and polished finishes, the coat and scaly skin of the Qilins is revealed in a strikingly realistic manner. 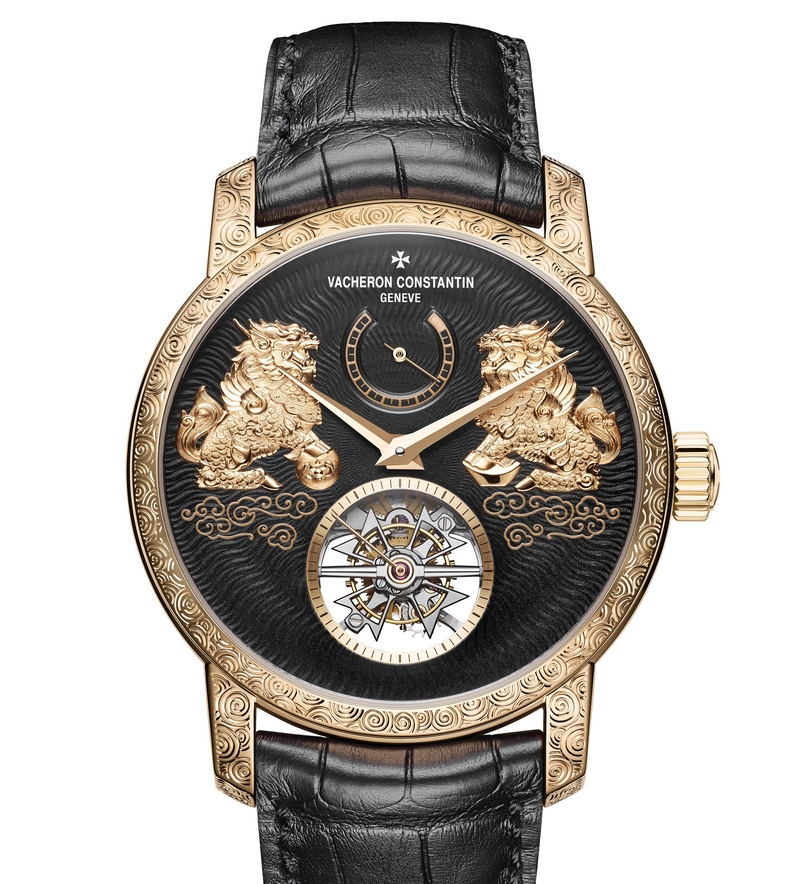 To bring this timepiece to life, Vacheron Constantin has chosen its in-house mechanical manual-winding Calibre 2260.

On the dial of this model, the tourbillon is revealed at 6 o’clock in its openworked mobile carriage shaped like a Maltese cross, topped by an entirely hand-chamfered bar. This ingenious construction conceals two sets of series- coupled barrels measuring a total 2.20 metres in length and endowing the movement with an exceptional two-week power reserve. For the sake of balance and harmony, the latter is indicated along the same axis as the tourbillon, on a 280° sector. The show continues through the case-back enabling one to admire the meticulous finishing of the movement adorned with a “Côtes de Genève” motif. 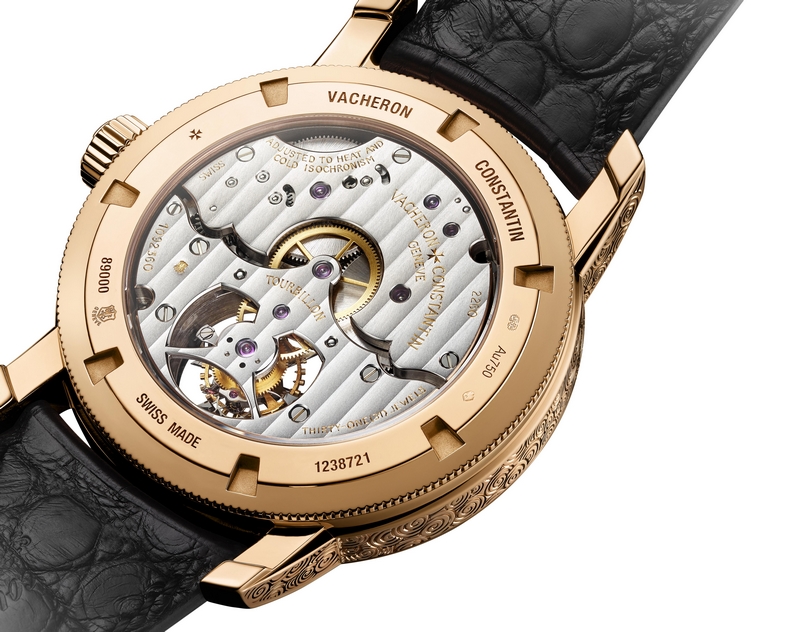 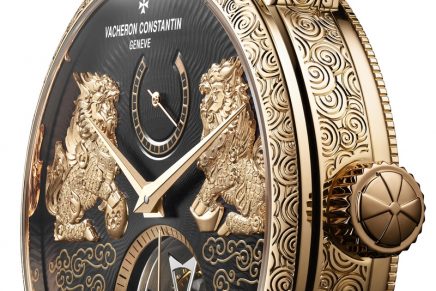 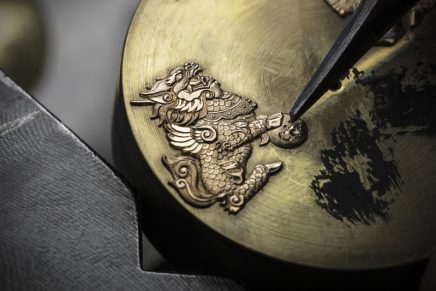 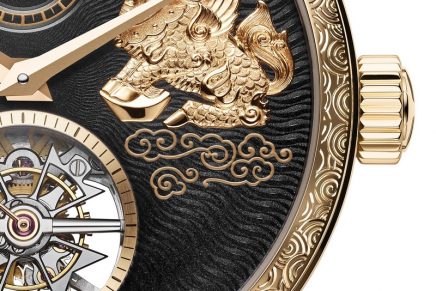 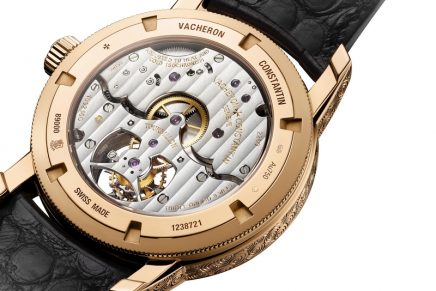 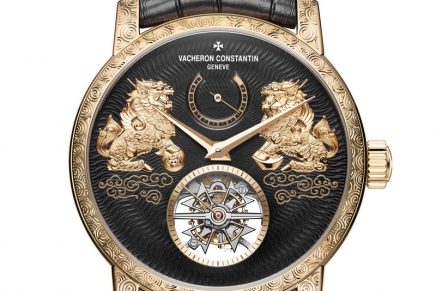