20 years ago, Porsche introduced a new 911 model the 911 GT3. Named after a class of endurance racing cars, the motorsport-derived variant focused on-track performance and a particularly visceral driving experience by offering motorsport technology for the road. 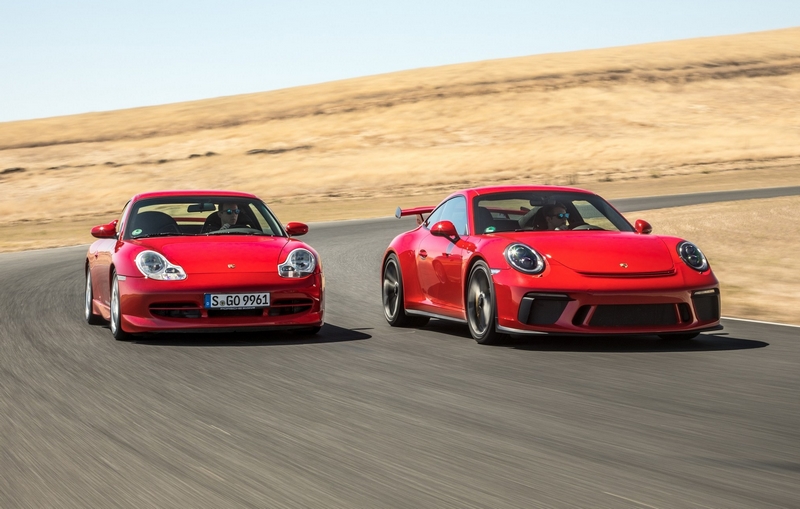 It was one of the first production cars to officially lap the legendary Nürburgring-Nordschleife in less than 8 minutes, with rally legend Walter Rӧhrl going around the famous track in just 7:56.33 minutes – a sensation at the time. The car distinguished itself from rear-wheel-drive 911 Carrera models through a 30 mm reduction in ride height, pronounced front fascia, visible side skirts, and a fixed rear wing – all designed to reduce lift while still delivering a very efficient 0.30 drag coefficient.

A high-revving naturally-aspirated flat six engine closely related to the engine used in motorsports, rear-wheel drive, lightweight construction, upgraded aerodynamics and track-focused suspension and brake systems have been defining characteristics of this model throughout its 20 year history.

The original Porsche 911 GT3 was powered by a 265 kW (360 PS) 3.6 liter naturally-aspirated flat six engine that was derived from the Le Mans winning Porsche 911 GT1 race car and revved up to 7,800 rpm. Mated exclusively to a six-speed manual transmission carried over from the 911 GT2 (993 generation), the first 911 GT3 reached a top track speed of 187 miles per hour. The track-focused model also featured staggered 18-inch wheels and tires, larger brakes compared to the 911 Carrera, a standard limited slip differential, and an upgraded suspension that allowed for greater mechanical adjustment of anti-roll bars and suspension geometry for closed-course track setup. Taking advantage of weight savings measures such as the deletion of air-conditioning and rear seats, the 911 GT3 weighed just 2,976 lbs. (1350 kg). 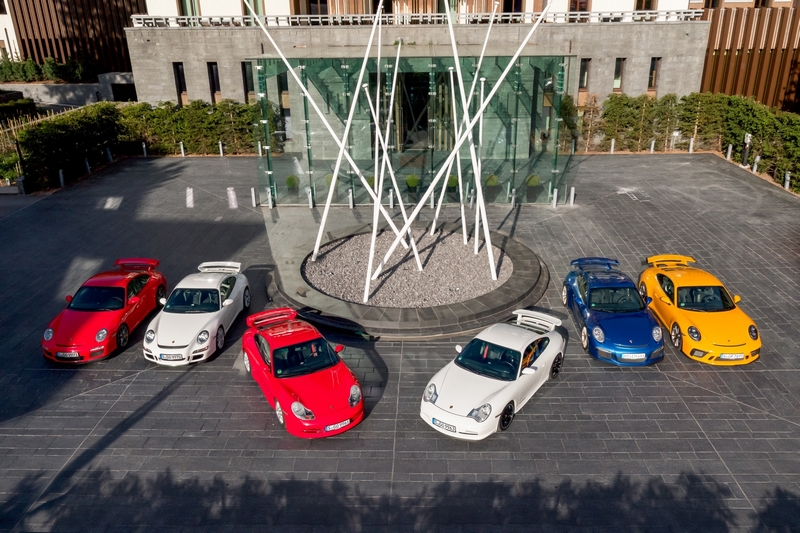 More capable and diverse than ever before, the 911 GT3 represents the beating heart of Porsche’s commitment to building pure, uncompromised sports cars.

7:12.7 minutes: The lap time of the current 911 GT3 represents roughly 45 seconds of improvement at the ‘Ring compared to the original model. A world of difference. The new 4.0-liter engine develops 500 hp and a healthy 346 lb-ft of torque. A new crankshaft, larger main bearings, thicker connecting rod bearings, plasma-coated cylinder liners as well as a new oiling system that supplies oil directly into the feeder bore of the crankshaft take the durability of the engine to new heights. 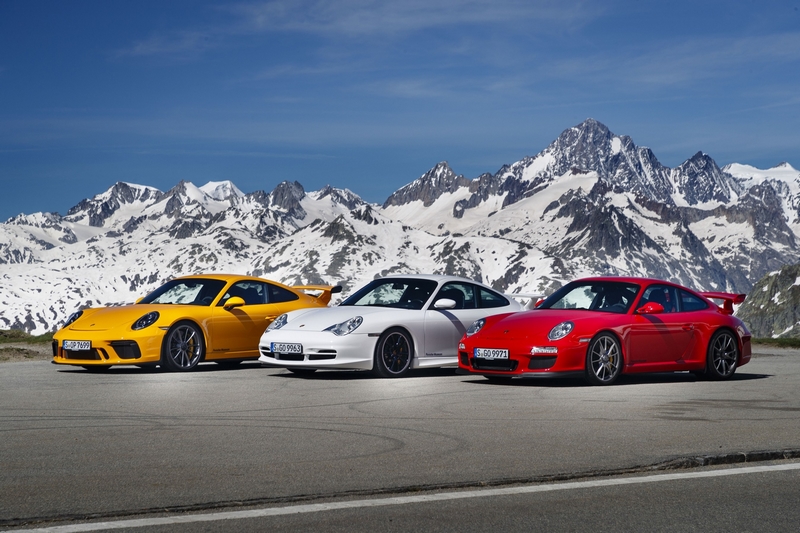 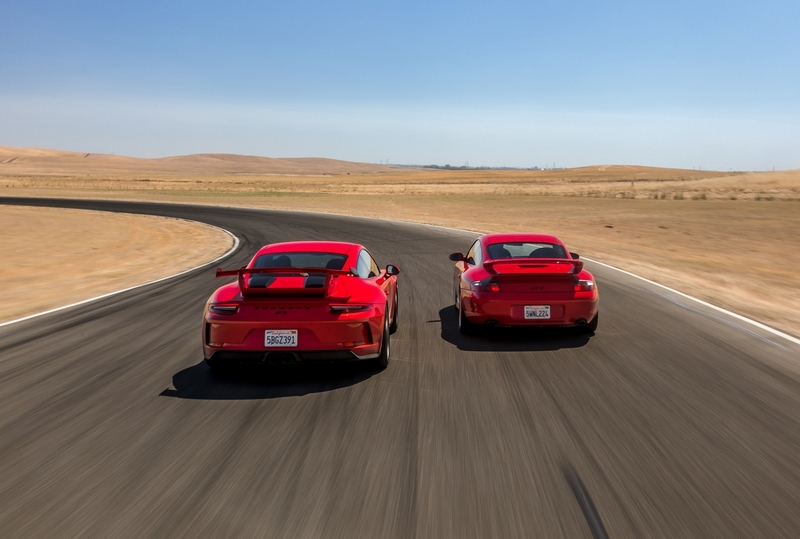 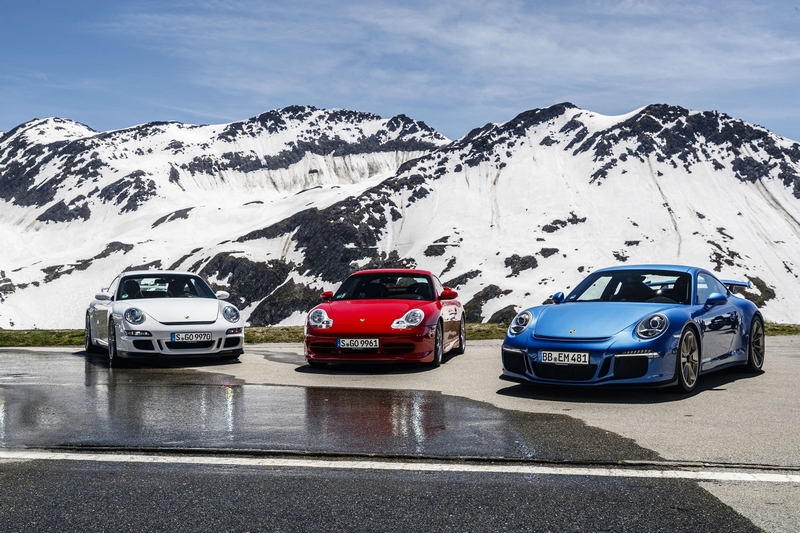 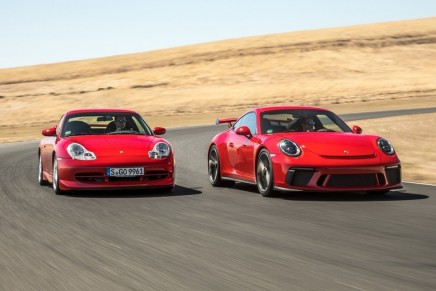 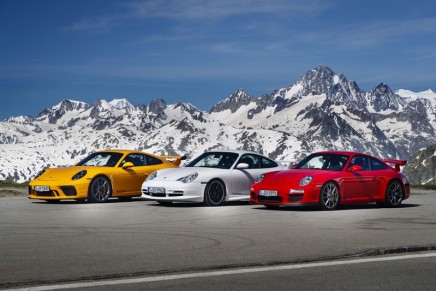 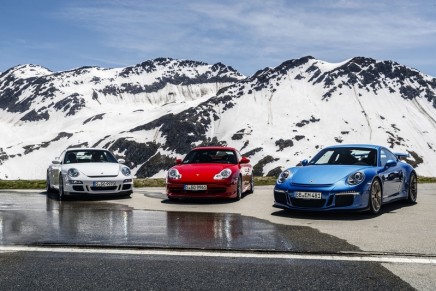 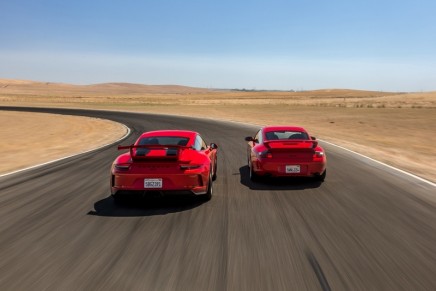 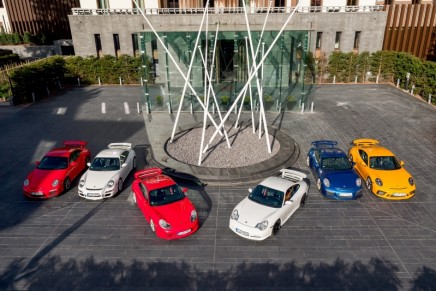