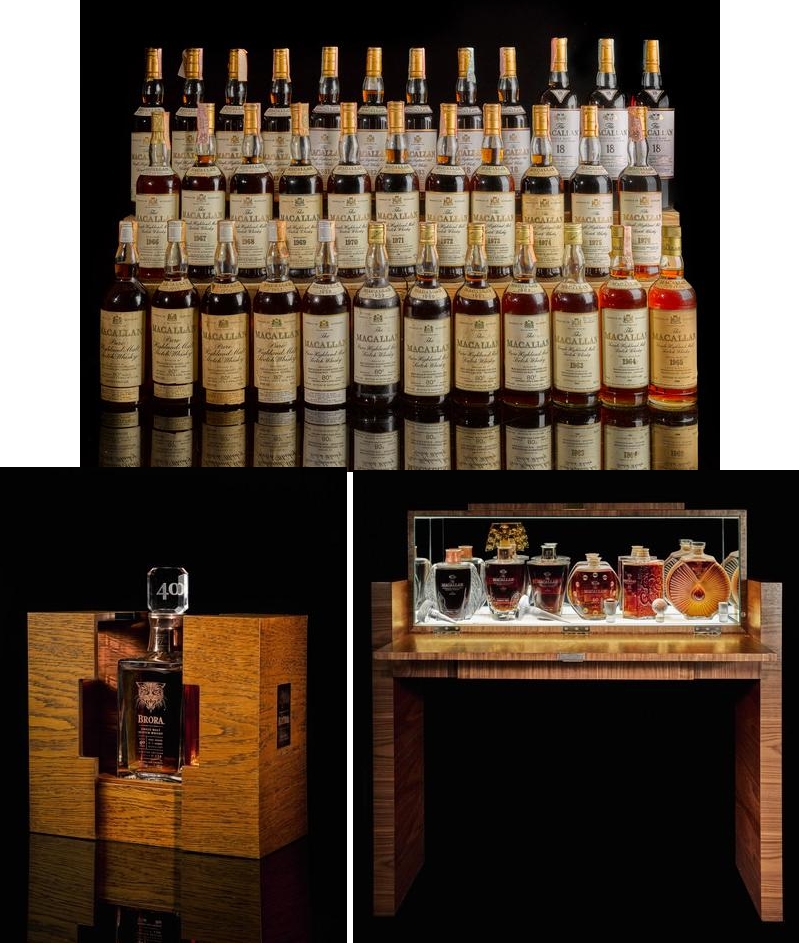 The Ultimate Whisky Collection is defined by its strong representation of The Macallan bottlings. Comprising half of the lots in the sale and with a combined estimated value in excess of £2.2 million, this is the most comprehensive collection of the Macallan Fine and Rare series ever offered at auction. 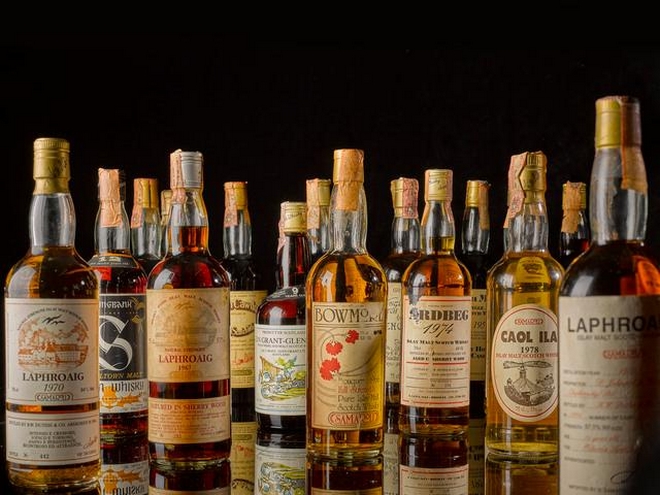 Sotheby’s launches Spirits as a new category for Sotheby’s Wine and presents the world’s largest and most important single-owner spirits sale. The Ultimate Whisky Collection comprises what is undoubtedly the most comprehensive catalogue of whisky ever to be offered by a single owner in a single auction.

With collectors’ thirst for the finest and rarest examples of Scotch whisky increasingly reaching new heights, this autumn Sotheby’s will present The Ultimate Whisky Collection, the most valuable collection of whisky ever to be sold at auction, and the Company’s first single-owner offering of spirits. Showcasing the most comprehensive range of desirable Scotch whisky to come to the market from a private ‘cellar’, the collection is estimated to bring in the region of £4 million ($4.8 million).

The sale will open for online bidding on 27 September 2019 and culminate in a live auction on 24 October at the Olympia event space in West Kensington, London, alongside RM Sotheby’s sale of collectible motor cars on the same day, an annual highlight on the European collector car calendar since 2007. This year’s sale will present another exceptional group of more than 60 blue-chip cars spanning all segments of the market, from European sports cars to racing icons, supercars, and modern classics.

“These bottles and casks come from an American connoisseur who built an incredible collection of rare scotch whisky over the last 20 years,” said Jamie Ritchie, Chairman, Sotheby’s Wine.

“This groundbreaking sale reminds me of the first wine sales that Sotheby’s held in New York in 1994 and Hong Kong in 2009 and we believe it will come to be viewed as a similarly historic moment in the spirits market. We are also excited to add two innovative features to this landmark event, not least by hosting the sale in the midst of RM Sotheby’s exhibition of cars at Olympia. It will also mark our first wine or spirits sale to open for online bidding ahead of leading up to a live auction.” 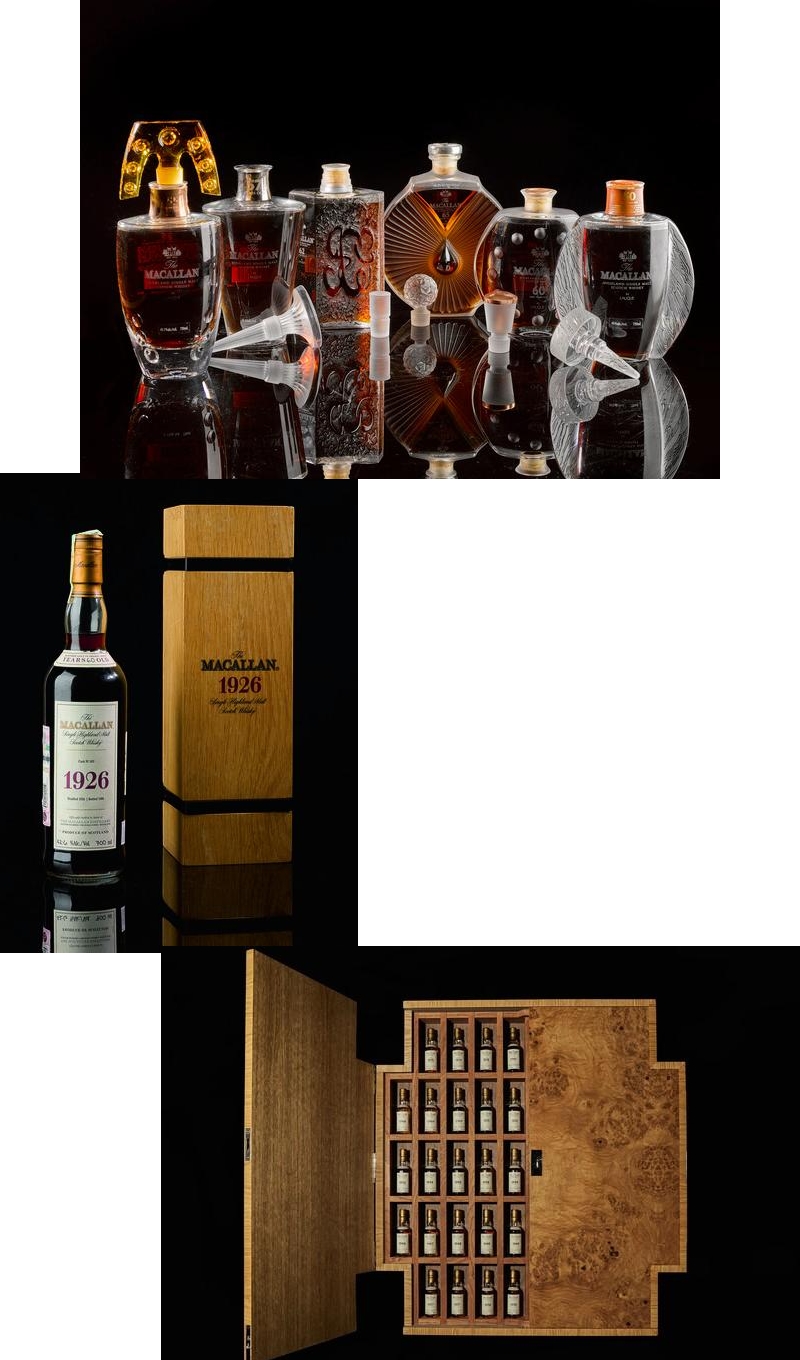 The Ultimate Whisky Collector had always remained fascinated by each and every expression of Scotch whisky and though he acquired and enjoyed a wide range, he naturally established several favourites along the way. Whiskies from Bowmore, Highland Park and especially The Macallan captured his heart and top bottles from these distilleries became his focus. During his pursuit, the collector met and developed a relationship with U.S. based whisky specialist Jonathan Read who has played an important role in developing this collection. Together, they sought to identify and complete important verticals as well as delve into the vast world of Scotch whiskies bottled decades ago.

“Collecting whisky over these past twenty years has been a real passion of mine, though it was not something I set out to do. I have always loved drinking whisky – as family and friends will attest, to this day I can be found most evenings with a cigar in one hand and a glass in the other – but I was a wine collector first,” said the Ultimate Whisky Collector.

“I then found myself looking at unique bottles of Scotch, initially attracted by the beauty of the labels. So I started this collection and realised that if I really spent time on it and was selective in my choices, I might be able to put together something significant and unique. Two decades on, I think the collection is at that point where it is indeed unique. Having cherished these bottles, I am now ready to share them with collectors around the world. I hope they find good homes in the hands of whisky lovers who will enjoy the experience as much as I did, both the drinking of them and the sense of history that each of these bottles brings,” added the Ultimate Whisky Collector.

Of all Scotch’s independent bottlers, none have made more of an impact on collectors than Silvano Samaroli. Samaroli’s iconic releases, including Bowmore 18 year Bouquet, Laphroaig 15 year old Sherry Cask 1967, Laphroaig 1970, Springbank 12 year old and Ardbeg Sherry Wood 1974, will be offered as part of the Ultimate Whisky Collection.

In addition to an unrivalled offering of iconic bottlings, the Ultimate Whisky Collection will also present some of the finest casks available for sale, each selected and tasted by Jonny Fowle, Sotheby’s Spirits Specialist. Amongst these are such peated rarities as both Bowmore and Laphroaig casks from 1995, and Bruichladdich’s Octomore, distilled in 2012. Further highlights include barrels and Hogsheads from legendary distilleries such as Dalmore, Bunnahabhain and Clynelish, the Highland Park First Fill Oloroso Sherry Cask and Springbank First Fill Oloroso Sherry Cask.

Jonny Fowle, Sotheby’s Spirits Specialist, said: “Not only is it a joy to be able to present some of the most sought- after bottlings such as The Macallan 1926 60 years old and the Springbank 1919 50 year old, as well as such rarities as bottle number 1 of the Bowmore 54 year old (of which only 12 were released), above all it is extraordinary to see amongst these iconic bottlings so many expressions that have received the highest critic scores over the years, particularly the Samaroli bottlings of Bowmore and Laphroaig, the Macallan Red Ribbons and all of the Black Bowmores. Whilst collecting whisky can appeal to different people in different ways, it is clear that this collector is a true fan of the liquid within the bottles as well as the bottles themselves. Ultimately it is the enjoyment and appreciation of whisky that has made this collection what it is.” 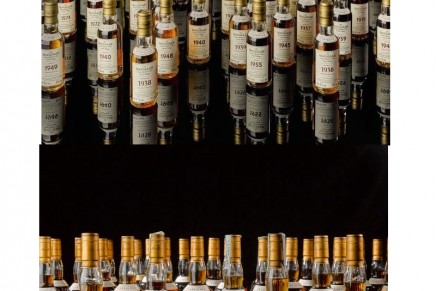 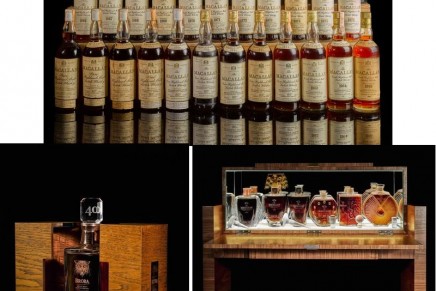 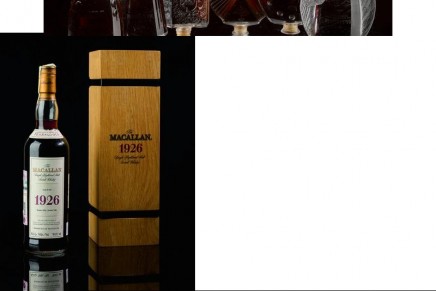 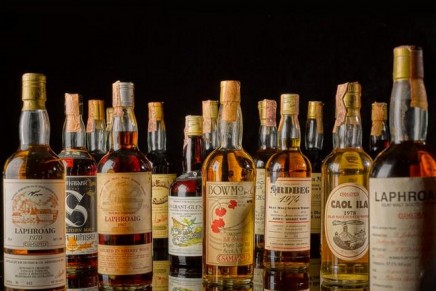