Parmigiani Fleurier Tonda 1950 Tourbillon Galaxy Rainbow is one of the world’s thinnest tourbillons. The ladies’ watch owes its cosmic name to the intrinsic properties of its glass. 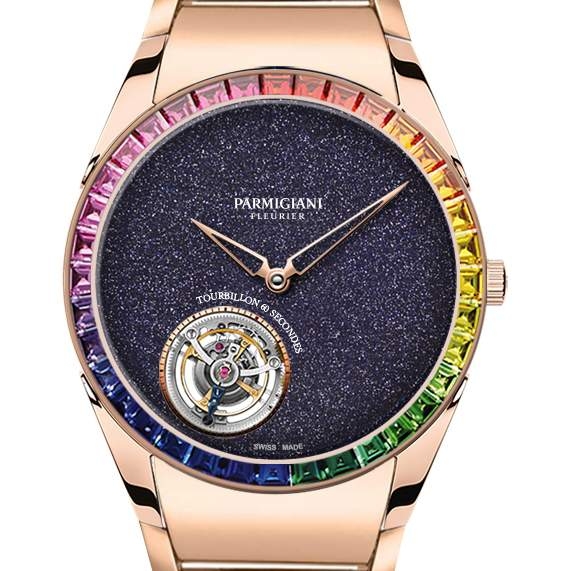 Taking its name from its founder, watchmaker and restorer Michel Parmigiani, the fine watchmaking brand was founded in 1996 in Fleurier, in the Swiss valley of Val-de-Travers. With its own watchmaking centre ensuring its independence, the brand has both full control over the production process and unique creative freedom. For over twenty years, the Parmigiani Fleurier signature has resided within timepieces that command the utmost respect, in harmony with watchmaking traditions.

For 2019, Parmigiani Fleurier has added a unique new model to its Tonda 1950 Tourbillon family.

The watchmaking centre presents one of the world’s thinnest tourbillons, integrated in a calibre just 3.4 mm thick. This feat of technology required two years of research and development. From design to production, each stage involved designers, engineers and master watchmakers working in complete harmony to breathe life into this slim masterpiece.

The limited space had to be managed by integrating the micro-rotor, the barrel, the tourbillon cage and the central display system in the same main plate. A number of watch companies solve this problem by offsetting the time display.

The Manufacture Parmigiani Fleurier has developed its own approach, which involves precise arrangement of the movement components to retain the central time display, with the tourbillon offset at 07:08 in tribute to Michel Parmigiani’s time of birth.

To save even more material, Parmigiani Fleurier created a “flying” tourbillon the cage for which is mounted without a support bridge. A highly sophisticated ball bearing replaces the mounting function, without adding to the thickness of the movement. Positioned flush with the surface, the cage emerges from the movement to float, as if weightlessly.

The tourbillon of this ultra-thin model dances before the eyes to produce an almost hypnotic visual effect.

With its aventurine dial, the Tonda 1950 Tourbillon Galaxy Rainbow owes its cosmic name to the intrinsic properties of this form of quartz, characterised by its translucency and the presence of platy mineral inclusions that give a shimmering or glistening effect.

Aventurine has a heterogeneous structure thanks to its small inclusions of metal, which give it its characteristic textured appearance. On this model, the midnight blue aventurine is mottled with fine white fragments that evoke the twinkling of stars in the night sky. The name Galaxy came quite naturally.

Regarding the name Rainbow, the bezel of the rose gold case is set with baguette-cut stones selected and arranged according to their precise shade to gradually recreate the entire spectrum of a rainbow. With its streamlined middle and clean lines, the Tonda 1950 Tourbillon family is the result of the quest for simplicity and elegance that characterises this collection.

For the Tonda 1950 Tourbillon family, the entire aesthetics of the piece are inspired by the theme of 07:08. This is a nod to the founder of Parmigiani Fleurier, who was born on 2 December 1950 at exactly this time in the Val-de-Travers in Switzerland. The complication is placed to the left of centre, just after the 7 o’clock index.

The tourbillon cage is usually made from steel, a strong metal which is easy to work. In using titanium, Parmigiani Fleurier is aware that it has chosen a material which is very complex to machine at such small dimensions. The very low weight and inertia of the tourbillon cage enable rotational movement with no loss of torque. The tourbillon’s efficiency is increased, along with the timepiece chronometry. 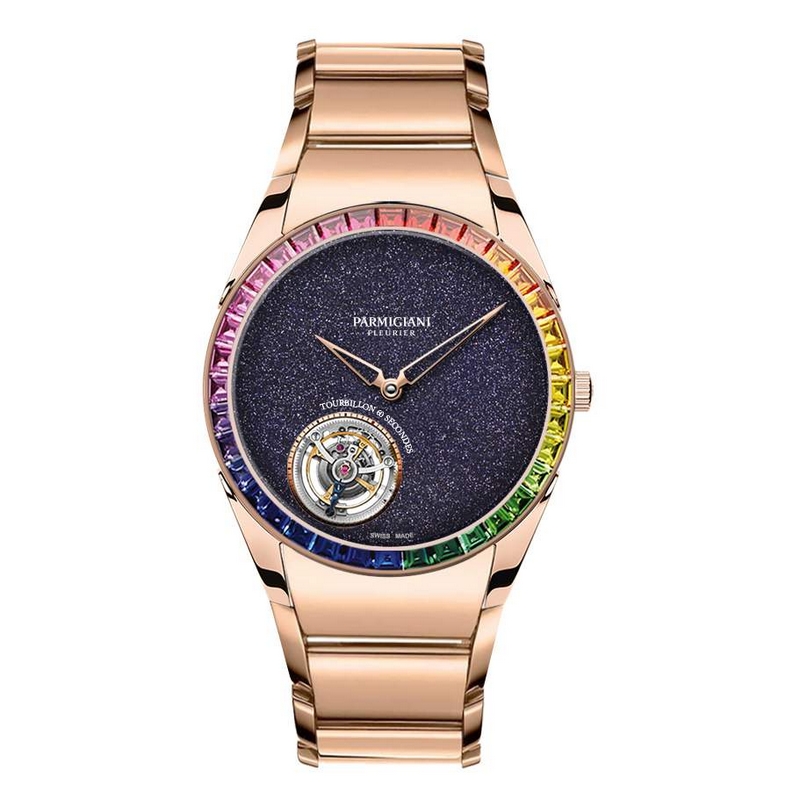 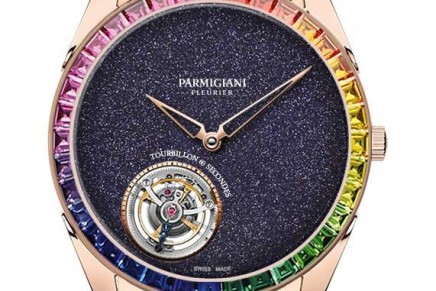 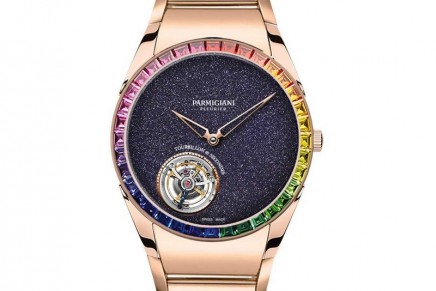