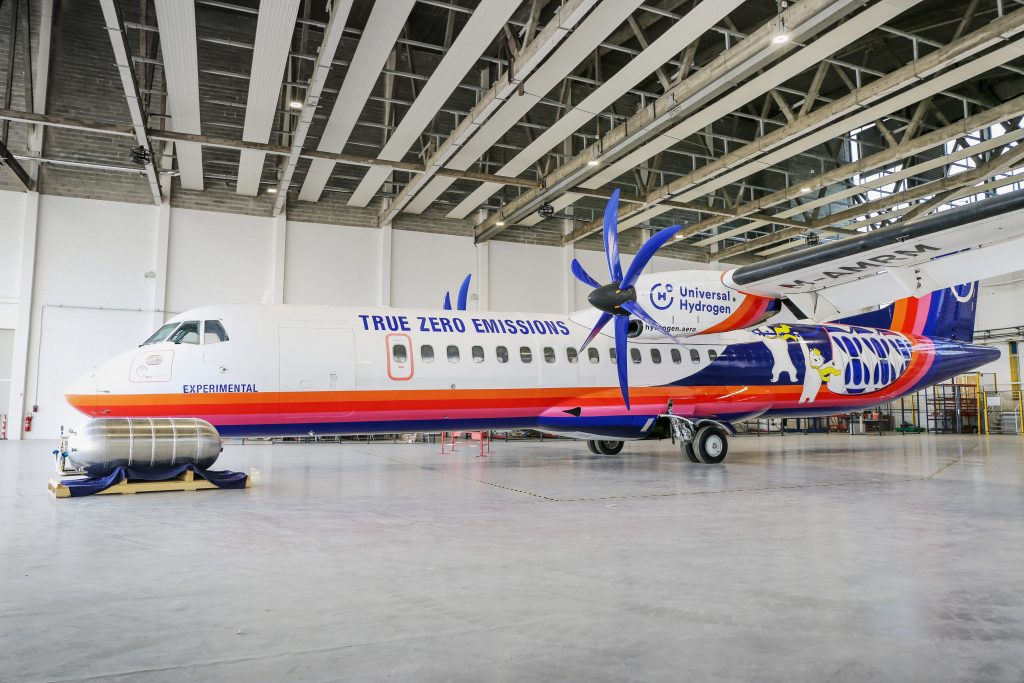 An end-to-end solution for hydrogen-powered flight.

Universal Hydrogen Co., the company leading the fight to decarbonize aviation through the adoption of hydrogen as a universal fuel, announced the inauguration of its engineering design center and European headquarters in Toulouse, France. Located in the historic Hangar B16 at Toulouse-Blagnac Airport, the event was attended by industry leaders and dignitaries. Universal Hydrogen also debuted its newly-liveried ATR 72 test aircraft used for developing the hydrogen retrofit kit and hydrogen module operational handling experiments.

Universal Hydrogen is building a flexible, scalable, and capital-light approach to hydrogen logistics by transporting it in modular capsules over the existing freight network from green production sites to airports around the world. At the airport, the modules are loaded directly into the aircraft using existing cargo handling equipment. No new infrastructure is needed. Starting with regional airplanes, Universal Hydrogen is also developing conversion kits to retrofit the existing fleet with a hydrogen fuel cell powertrain.

“Toulouse is the cradle of the European aerospace industry and has been an essential element of our talent and partner strategy,” said Paul Eremenko, co-founder and CEO of Universal Hydrogen. “We’re eager to showcase our progress toward decarbonizing aviation.”

Additionally, the opening event highlighted Universal Hydrogen’s liquid hydrogen modular capsule technology as well as the company’s renovation of the historic B16 hangar. The liquid hydrogen capsule development is one of the key focus areas for the Toulouse team and has exceeded key performance targets in latest full-scale prototype testing. Hangar B16 was originally built in the 1940s and was first used as a civil hangar for aircraft maintenance before being occupied by Airbus during the development of the Guppy and the Caravelle. After the opening of today’s Toulouse-Blagnac Airport in 1953, the hangar was modified, elevated, and divided into two separate facilities in the 1960s. Today, it remains one the most historic and storied buildings on the airport. Universal Hydrogen honors this rich legacy by making B16 the crucible of a new era of zero-carbon aviation.

“The EU has taken a leading role in developing hydrogen as a near-term decarbonization option for transport applications, including aviation,” said Pierre Farjounel, General Manager Europe of Universal Hydrogen. “This is one of the main reasons we chose to have a significant EU footprint for Universal Hydrogen and we are keen to leverage Toulouse’s historical role as a leader in aerospace innovation to position the region as a leading hub in climate tech.”

“The Occitanie Region has always been a pioneer in aviation. More than ever, we want to pave the way for zero-emission flight and place sustainability at the heart of the industry,” said Occitanie Region president Carole Delga. “We’ve been committed since 2018 to developing hydrogen technologies in the Region and we are delighted to welcome in Occitanie, Universal Hydrogen, one of the leading players in the decarbonisation of aviation.” 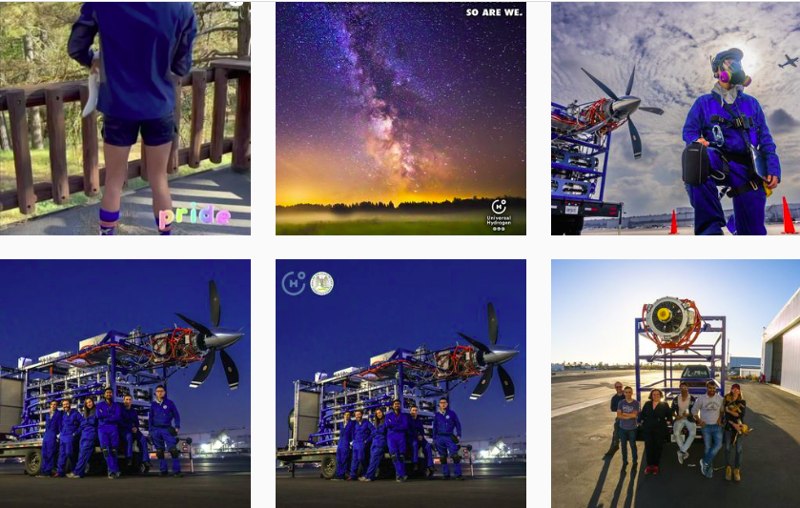 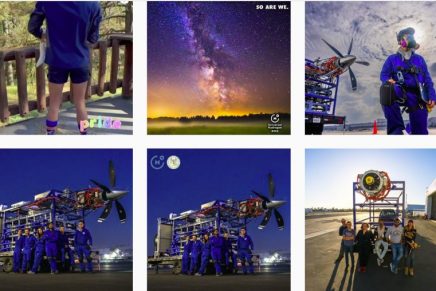 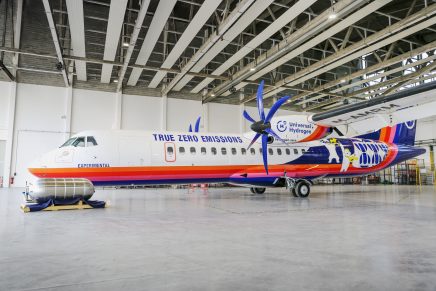