The dial-making entity of the Parmigiani Fleurier Watchmaking Centre used aventurine glass to create this highly unique watch for ladies. Presented at this year’s SIHH – Salon Interntional de la Haute Horlogerie de Geneve 2018 along with the new Kalpa watches for men, Parmigiani Fleurier Kalparisma Nova Galaxy timepiece takes its name from this aventurine dial, evoking the shimmering of a starlit sky thanks to the tiny copper inclusions of the aventurine glass. 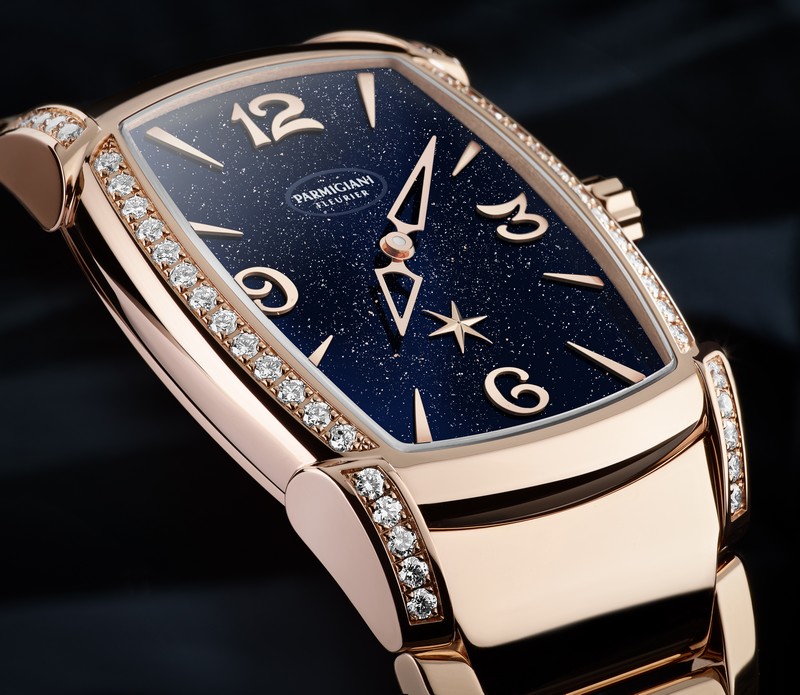 As is the case for many superb inventions, Aventurine glass was created by accident. In the 19th century, a glass-blower in the Italian city of Murano happened to spill some copper shavings into molten glass. This gave rise to Aventurine glass, now a much sought-after material, scattered with metal inclusions and named after the Italian expression “a l’avventura”, literally “by chance” – a tribute to this lucky twist of fate.

Parmigiani Fleurier,  the Swiss brand of luxury watchmakers founded in 1996 in Fleurier, Switzerland, by Michel Parmigiani. is a pioneer in the use of Aventurine in watchmaking and has numerous special editions that showcase the material on their dials. These pieces are called “Galaxy” as a reminder of the sparkling constellations evoked by the material. Likewise, the Kalparisma Nova Galaxy represents a star-scattered sky that tells the story of the passage of time. The delta-shaped hands are skeletonised to better reveal the celestial display and to enhance the watch’s delicate femininity.

THE NOVA STAR, INSPIRED BY RESTORATION

One of the principal high points of the Parmigiani Fleurier Kalparisma collection is its small seconds at 6 o’clock, which takes the form of a star performing one revolution per minute. Halfway between a watch function and a marvellous decoration, the “Nova” is inspired by a piece from the Maurice-Yves Sandoz collection that was restored at the Parmigiani Fleurier workshops. On the reverse of this pocket watch, a number of stars began to turn whenever the minute repeater was activated. Michel Parmigiani was captivated by this animation and knew that he would one day transcribe it into a women’s watch, many years before he began to design the Kalparisma. Restoration has always been the soul of Parmigiani Fleurier, inspiring its present-day creations. This little star has found its ultimate place at the heart of a dial designed to represent the galaxy. In astronomy, “Nova” refers to a star that suddenly becomes very bright. This burst of light aptly describes the Kalparisma Nova Galaxy.

The Kalparisma Nova Galaxy high-end timepiece is available in two versions that differ both in terms of case material, and specifically the stone- setting that adorns them. The first, in rose gold with its shimmering reflections, matches the indices and Nova star. The sides of the case are set with 46 Top Wesselton diamonds for a total of ~0.84 carats and a glittering play of light. The stone-set rose gold edition is limited to 50 pieces. It is joined by the even more exclusive white gold version: a total of 8 pieces with a dazzling “snow” setting. The entire case is set with painstakingly arranged diamonds in sizes expertly selected by the master stone-setter – smaller on the periphery, and gradually getting bigger as they near the case’s curves. Each of the 182 stones has a role to play in this ~2.28-carat fresco, which evokes glittering snow and blends harmoniously with the dial’s constellation. 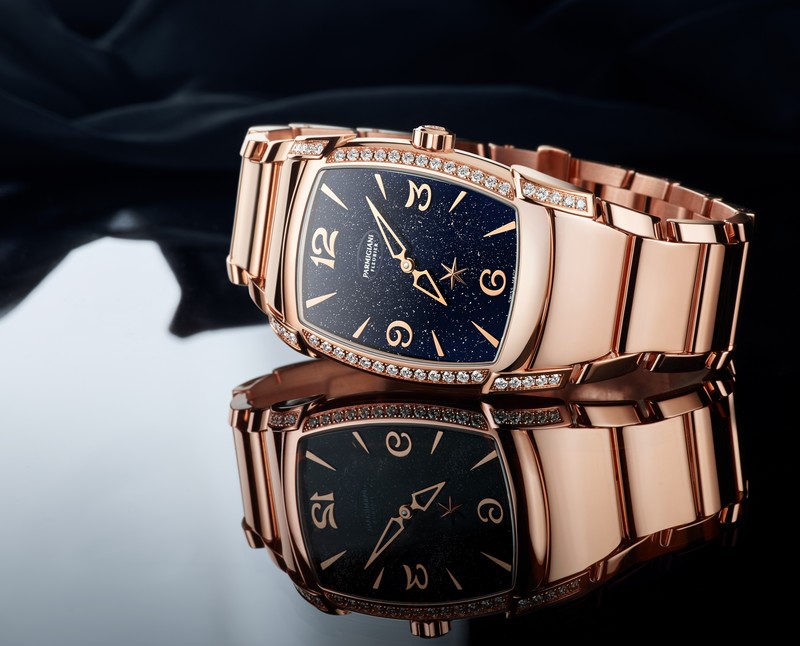 THE PARMIGIANI FLEURIER CALIBRE PF332 WAS DEVELOPED AND MANUFACTURED IN-HOUSE

The calibre PF332 is the first self-winding mechanical movement from Parmigiani Fleurier. Incorporated in the Kalparisma since 2008, it makes this model the brand’s first mechanical watch for women. 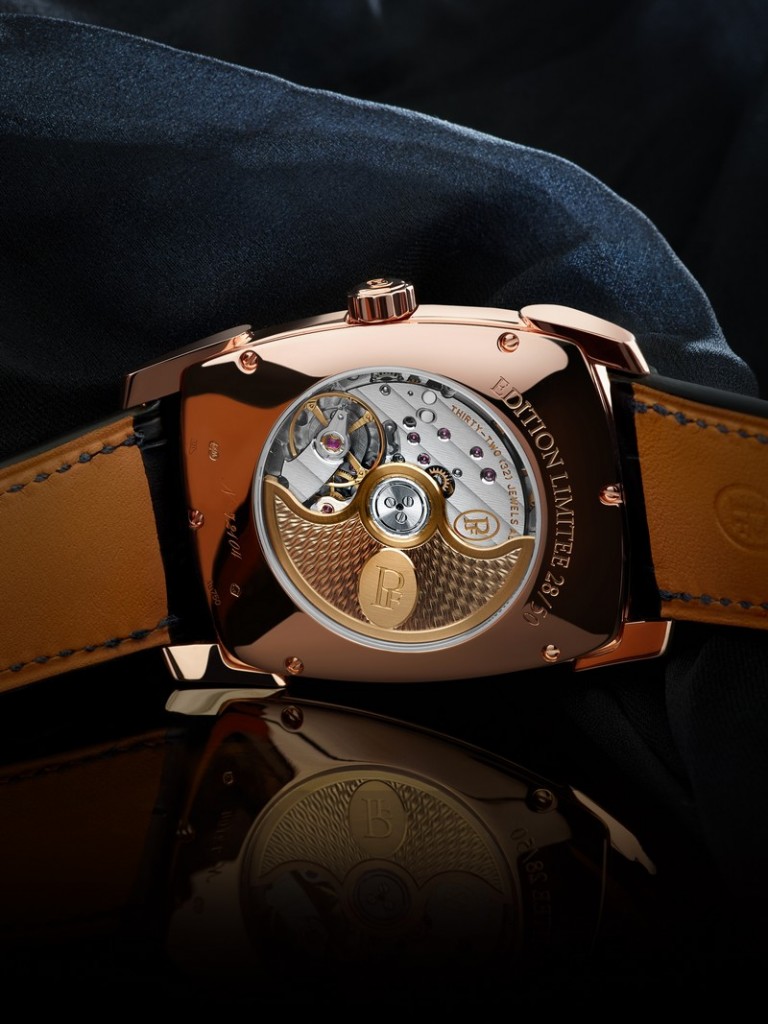 SIHH 2018 was the perfect occasion to refresh the Kalpa collection. The luxury watchmaking house unveiled three new men’s models: Kalpa Chronor, Kalpagraphe Chronomètre and Kalpa Hebdomadaire watches. Each of the watches has a previously unseen tonneau movement, manufactured entirely in-house: the calibres PF365 (solid gold), PF362 and PF110. Two have automatic movements with an integrated chronograph, and the third is a hand-wound calibre with an eight-day power reserve, modelled on its 1998 predecessor; all three are COSC-certified.

The tonneau case, known for its ergonomic design that sits perfectly on the wrist, has had its outline and curves reworked. The lines are tautened and contemporary, and now include a slight concavity which add character and dynamism to the overall appearance. The familiar short and curved teardrop lugs have also been resized and realigned, to achieve a more perfect fit with the case. The crown has been enlarged and more of the tonneau opening is visible – particularly at the back, where the movement can be seen, seamlessly integrated with the case, as can the 22 ct gold oscillating weight (in self-winding models), adorned with Parmigiani Fleurier’s signature barley grain motif. 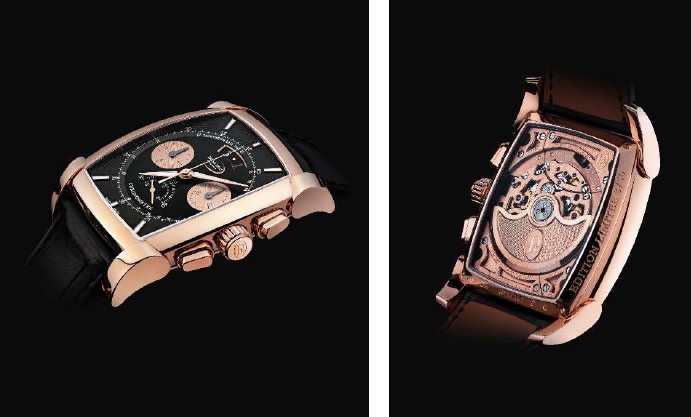 To showcase the new generation of Kalpa watches, Parmigiani Fleurier is making an impression with the Kalpa Chronor, which features the world’s first solid-gold, self-winding, integrated chronograph movement. 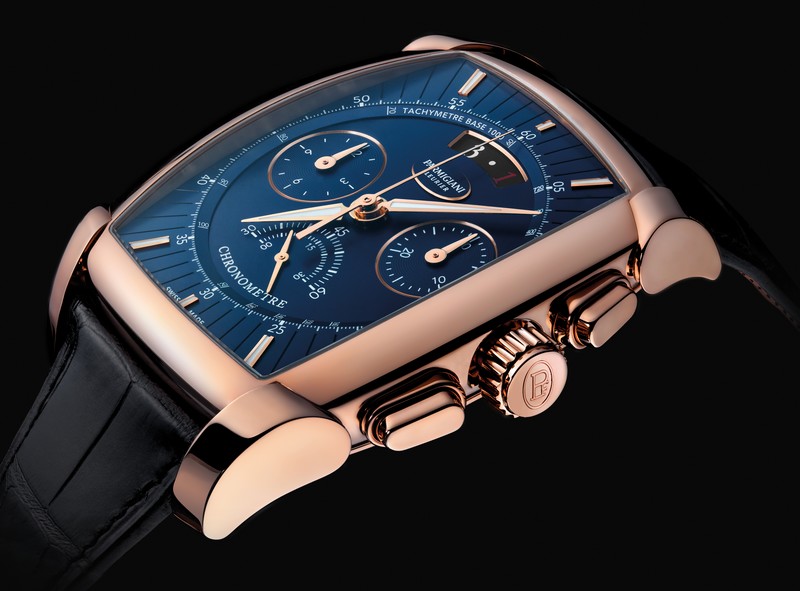 The new Kalpagraphe Chronomètre is a timepiece of rare distinction, inviting those who look upon it to dive into its deep Abyss blue waves, illuminated in 18 ct rose gold. The stylish masculinity of this Haute Horlogerie creation lies in the form of one of the most popular horological complications: the chronograph.

The third men’s model unveiled for SIHH is a creation that pays tribute to the history of the Kalpa and the company’s first tonneau-shaped movement. Developed by Michel Parmigiani in 1998 and honoured with an innovation award the following year, the hand-wound calibre  PF110 is characterised by its impressive eight-day power reserve, made possible by the two seriesmounted barrels. This is one Haute Horlogerie calibre that is particularly iconic for the brand, and offers hour and minute functions, small seconds at 6 o’clock, a date display and a weekly power reserve indicator. In keeping with the other new-generation Kalpa watches, the refined design features of its mechanism – ‘Côtes de Genève’ pattern, bevelled bridges and circulargraining – are exposed through a sapphire case-back, with the wide tonneau opening revealing its seamless integration with the case. 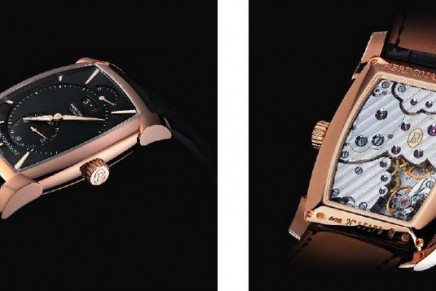 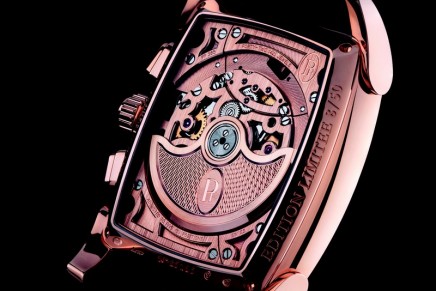 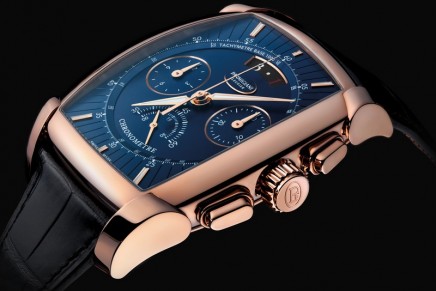 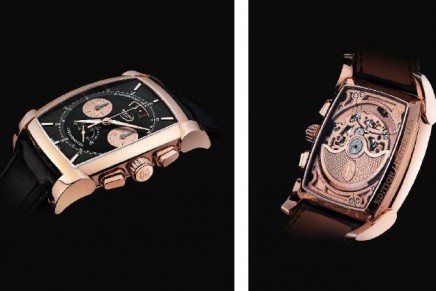 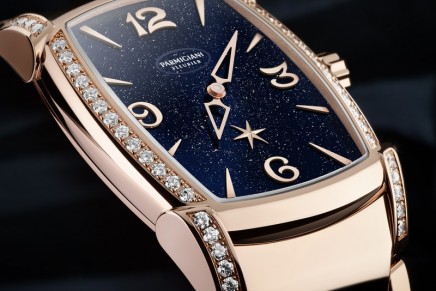 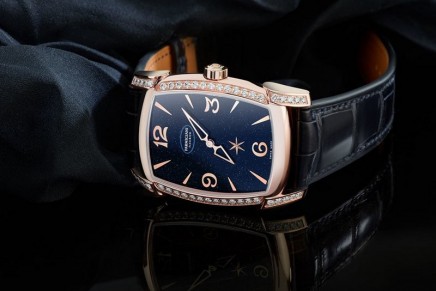 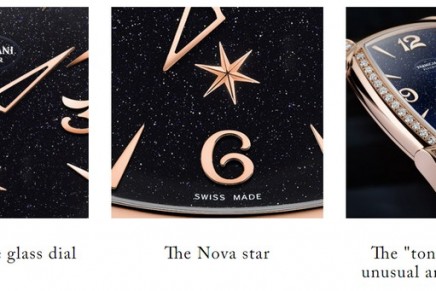 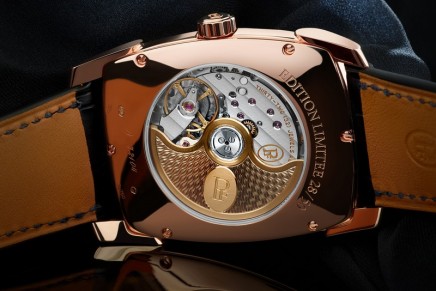