Presented at SIHH / 2018 Salon International de la Haute Horlogerie, Van Cleef & Arpels Poetic Astronomy watch offers an invitation to plunge into the cosmos and observe the dance of the planets.

The Lady Arpels Planétarium watch illustrates the Sun and the closest planets: Mercury, Venus and finally Earth, along with its natural  satellite, the Moon. Each heavenly body moves at its actual speed, orbiting the dial in 88 days for Mercury, 224 days for Venus and 365  days for Earth. In a key innovation for this piece, the Moon itself rotates around the Earth in 29.5 days, performing a visible celestial ballet on the dial, day after day.

The Lady Arpels case, 38mm in diameter and set with diamonds in the bezel and sides of the case, houses a movement redesigned for  this smaller size, with an exclusive module developed in collaboration with Christiaan van der Klaauw, the most famous watchmaker in the Netherlands. The dial enriches the planetary spectacle with a shooting star in rhodium-plated gold, showing the time with poetic grace. On the back of the watch, two apertures display the day, month and year, all surrounded by an enchanting decor.

Two bracelets are available to suit any occasion: a blue glitter alligator strap to match the dial, and a bracelet entirely set with diamonds for a High Jewelry design.

Planets of differing volumes rotate around a Sun made of pinkgold, gleaming in the center of the dial. A pink mother-of-pearl Mercury and a turquoise Earth were meticulously hand cut in spherical shapes, while Venus is portrayed with a green enamel bead, fashioned in the Van Cleef & Arpels enamel workshops in Meyrin, Switzerland. The familiar glow of the Moon as it orbits the Earth comes to life with a brilliant- cut diamond, contrasting with the midnight blue background.

Evoking the depth of the cosmos, seven aventurine discs are placed in concentric circles within the dial, several rotating individually with the watch movement. The planets and the shooting star thus move at actual speed through their sparkling environment. 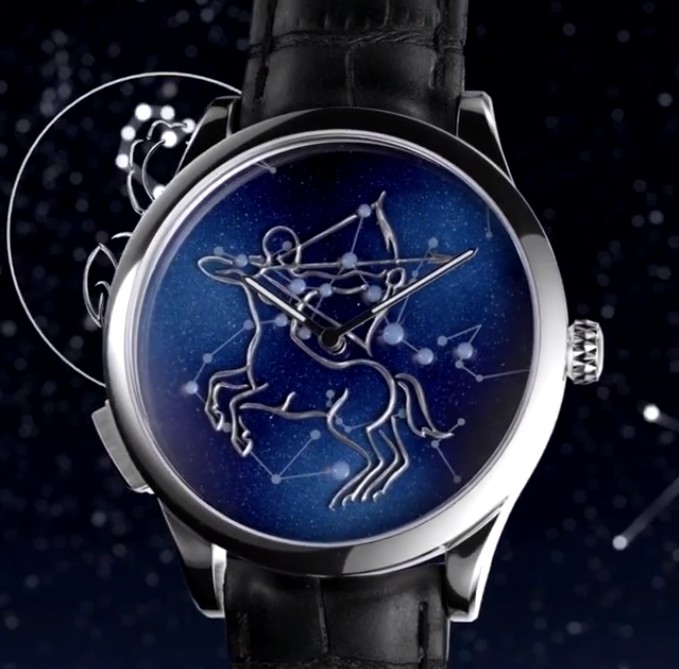 Van Cleef & Arpels’ vision of the cosmos continued at SIHH with Midnight Zodiac Lumineux Poetic Complications watches. Precious constellations. With its invitation to live in harmony with the rhythm of the cosmos, Poetic Astronomy recreates the sparkle of the stars in a new series of twelve Midnight Zodiac Lumineux models, each equipped with an exclusive lighton- demand module. First developed in 2016 for the Midnight Nuit Lumineuse watch, this self-winding mechanical movement now illuminates the twelve signs of the Western Zodiac. 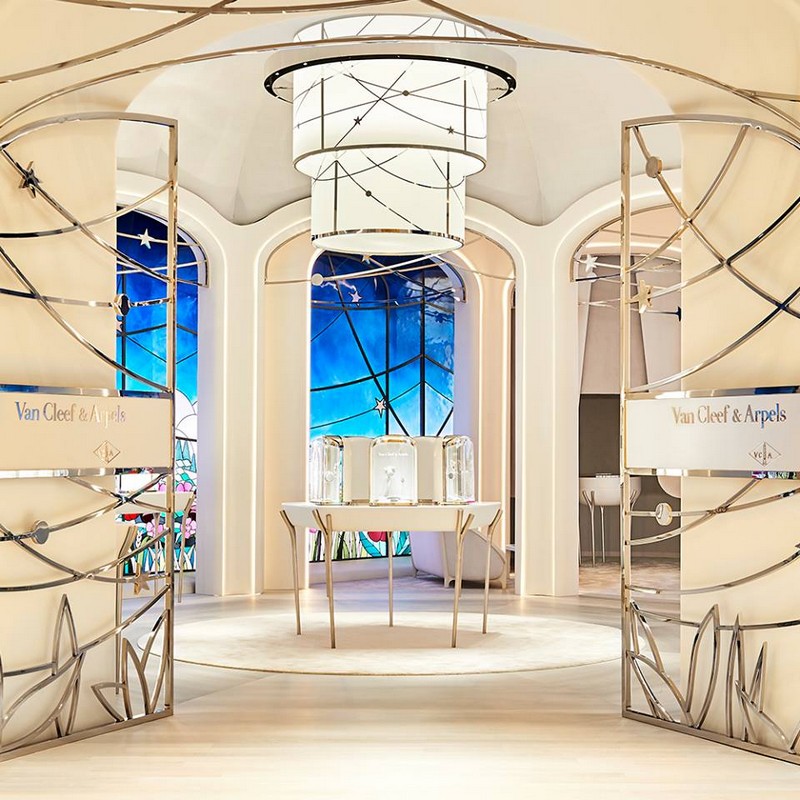 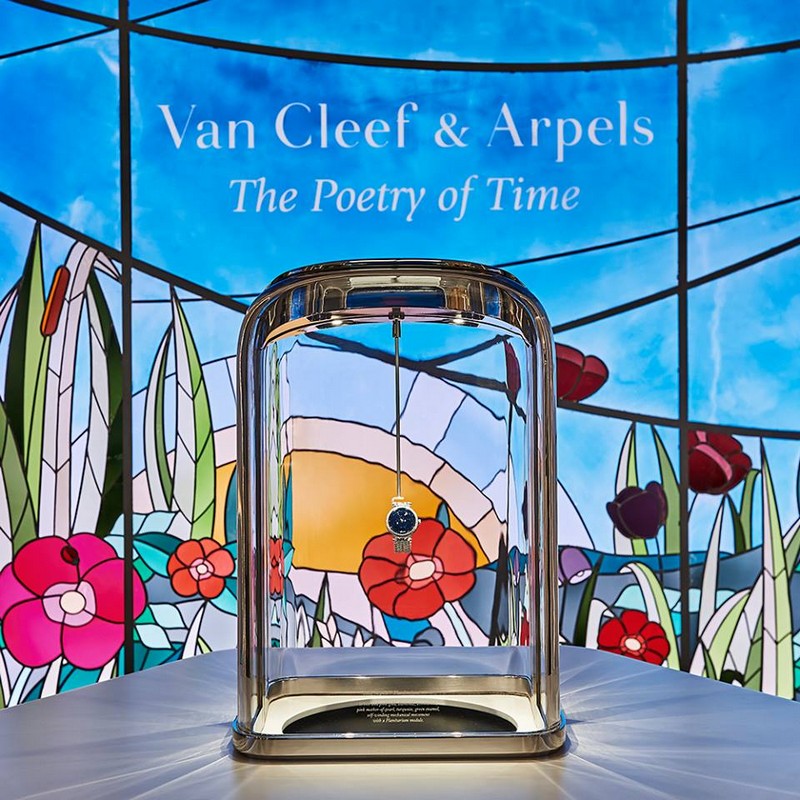 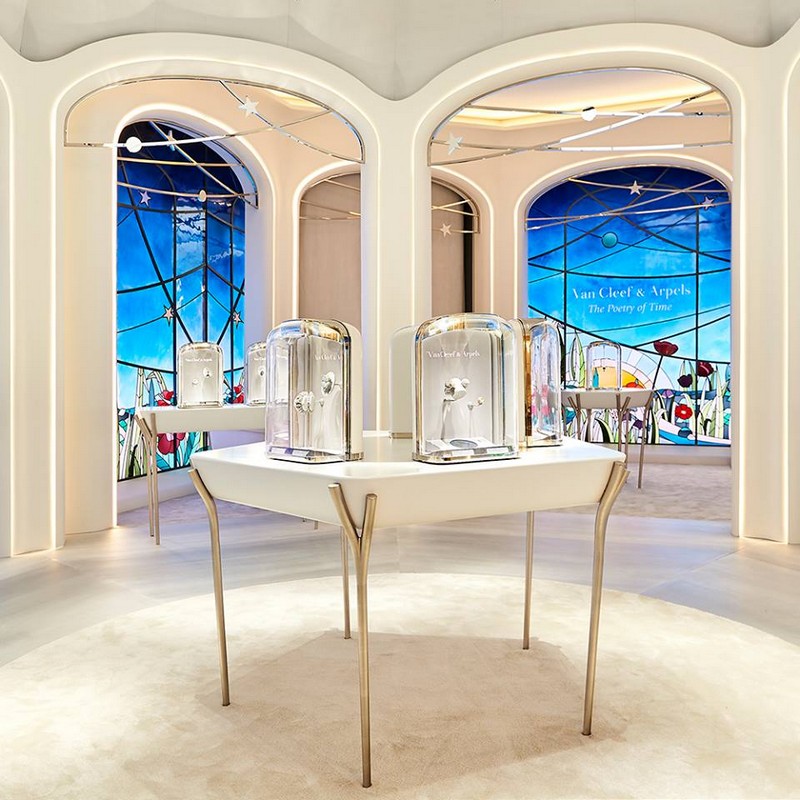 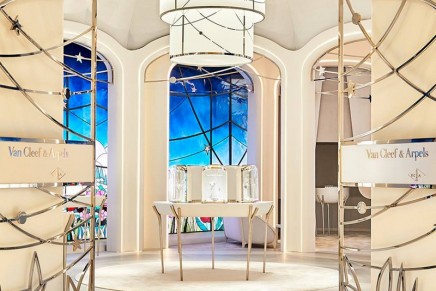 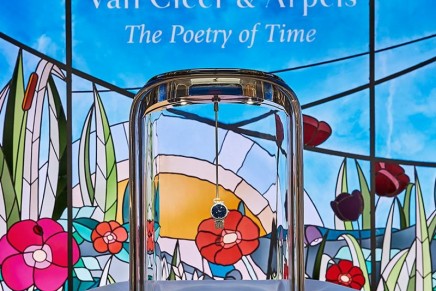 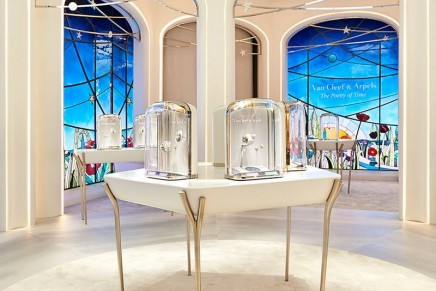 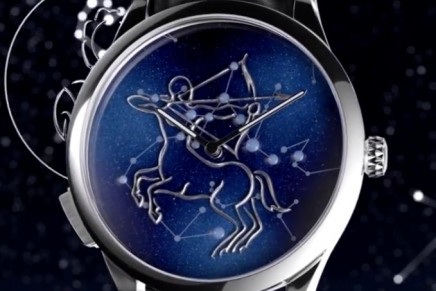