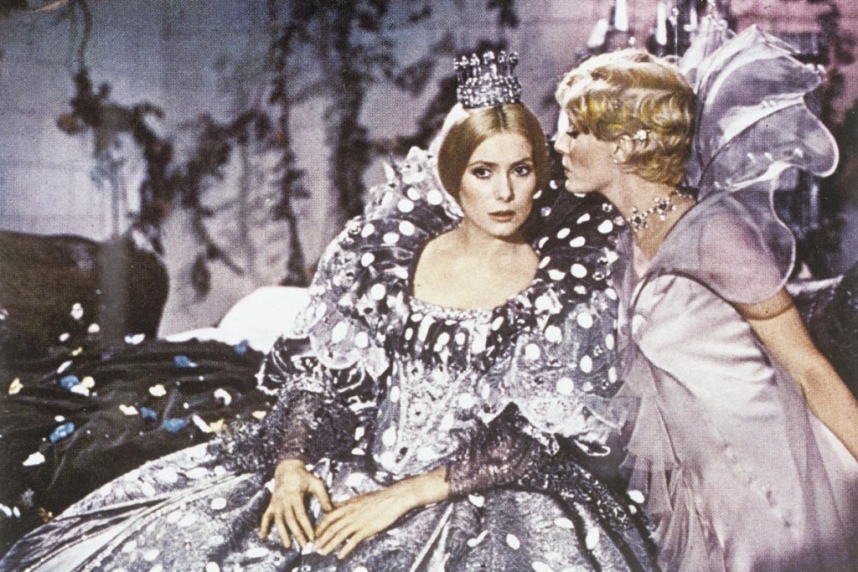 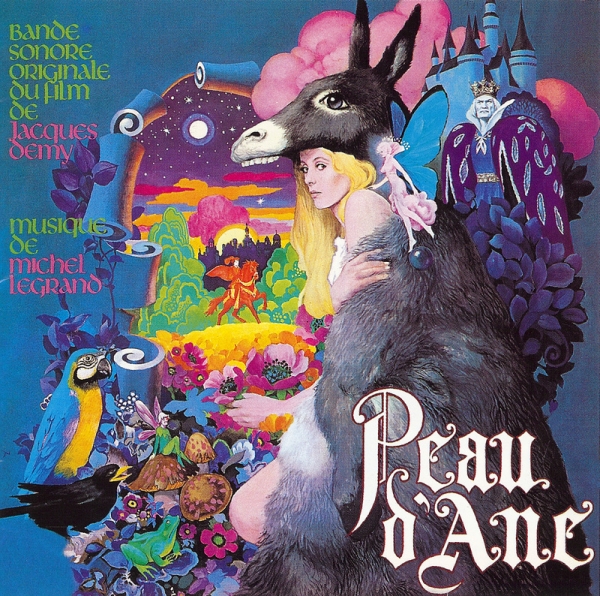 At the center of the Château Enchanté clip lies a splendid Brazilian emerald weighing over 39 carats with a unique blue-green color.

The Van Cleef & Arpels Peau d’Âne clip offers a graceful and poetic interpretation of the Princess during her flight into the forest. Wearing her animal skin, she is surrounded by the creatures that accompany her in her new life, far from the castle of her childhood 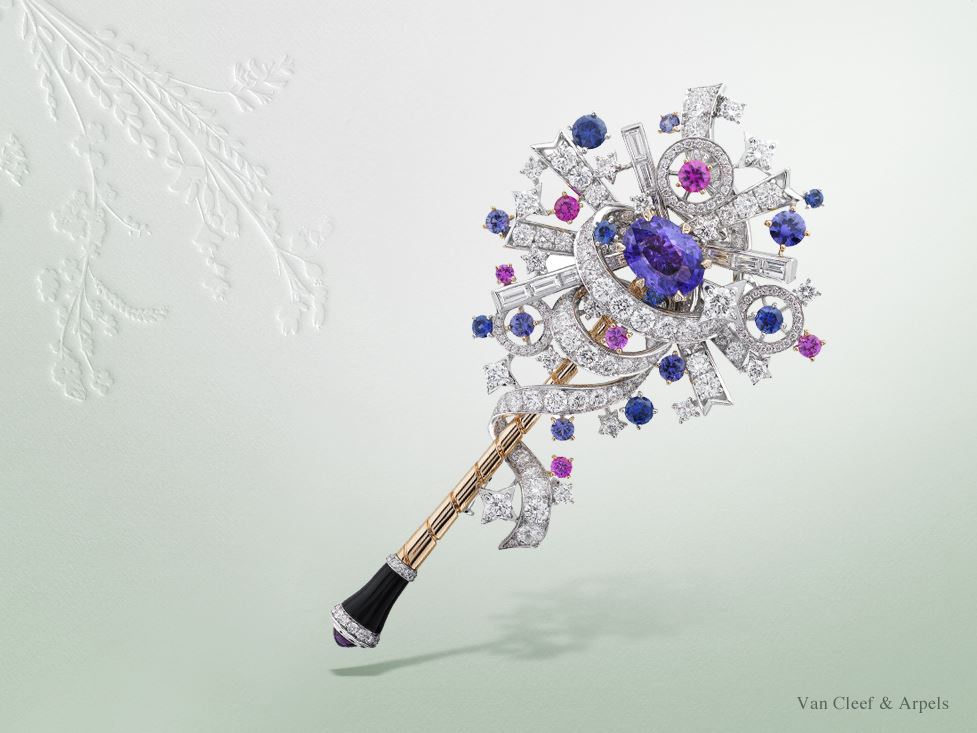 Following in the footsteps of the fairy clips that Van Cleef & Arpels began to create in the 1940s, the Baguette magique clip pays homage to Peau d’Âne’s godmother – the Lilac Fairy – who offers her protection.

Protection féerique bracelet is paying homage to the benevolence of Peau d’Âne‘s godmother, the Lilac Fairy. The selection of more than 300 pink and purple sapphires required more than four months of pairing to obtain the geometric two-tone effect.

Paying tribute to one of the tale’s major characters, the Prince rouge clip holds a 2.25-carat emerald on his heart, in honor of the Peau d’Âne’s ring that brought them together. The clip includes white gold, pink gold, pink and purple sapphires, red coral, round, pear-shaped and rose-cut diamonds, one emerald-cut emerald of 2.25-carats (origin: Brazil). 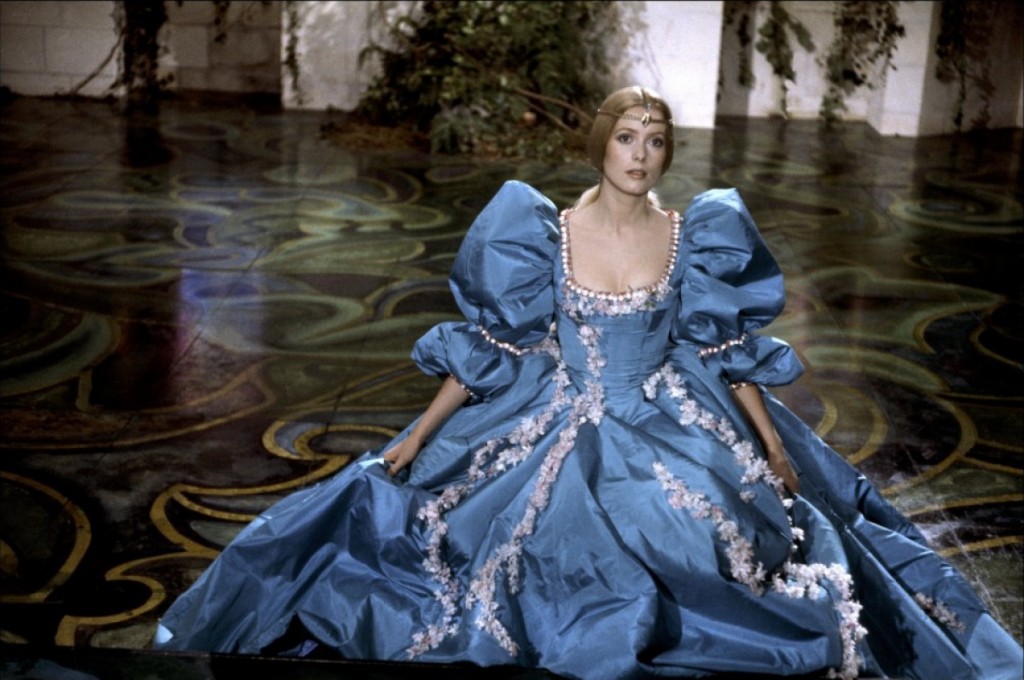 To create the Robe Couleur du Temps necklace, the Maison has brought together twelve aquamarines of limpid blue in homage to “the azure dress whose beauty exceeded that of the Heavens”.

Inspired by the mirror that Peau d’Âne takes with her in her flight, the Miroir enchanté necklace is adorned with a rare Burmese sapphire weighing 24.77 carats, of a deep and intense blue. In the symbolism of fairy tales, mirrors often represent transformation and the gateway to another world. 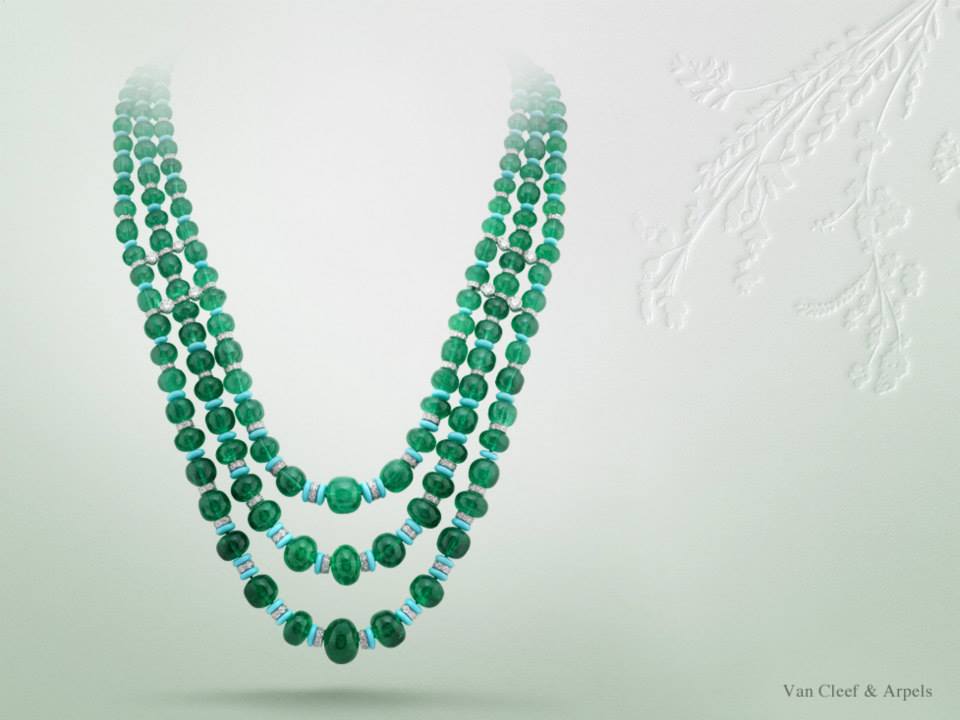 The Biches necklace, adorned by an exceptional set of 188 emerald beads, recalls the colors of the forest where Peau d’Âne hides herself. Two gentle diamond does decorate the clasp, illustrating Van Cleef & Arpels’ attention to detail. 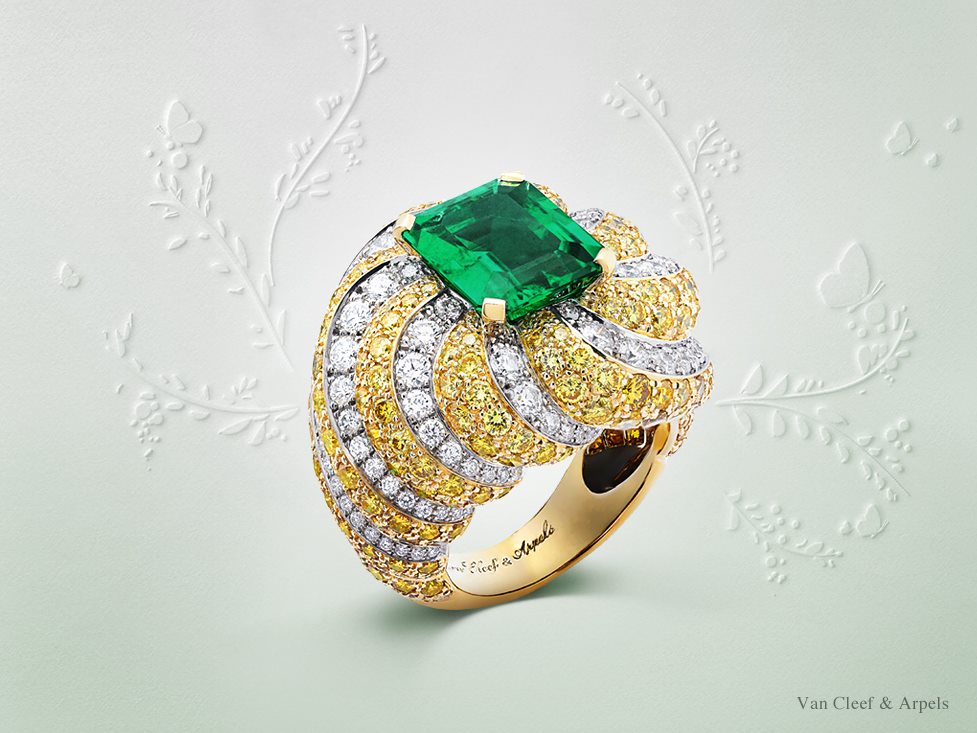 Captivated by Peau d’Âne, the Prince asks her to bake him a cake – into which she drops her emerald ring, enabling him to find her again. Celebrating the romance between the Prince and the Princess, the Gâteau d’amour ring is adorned by a 4.48-carat emerald that crowns a generous spiral of diamonds 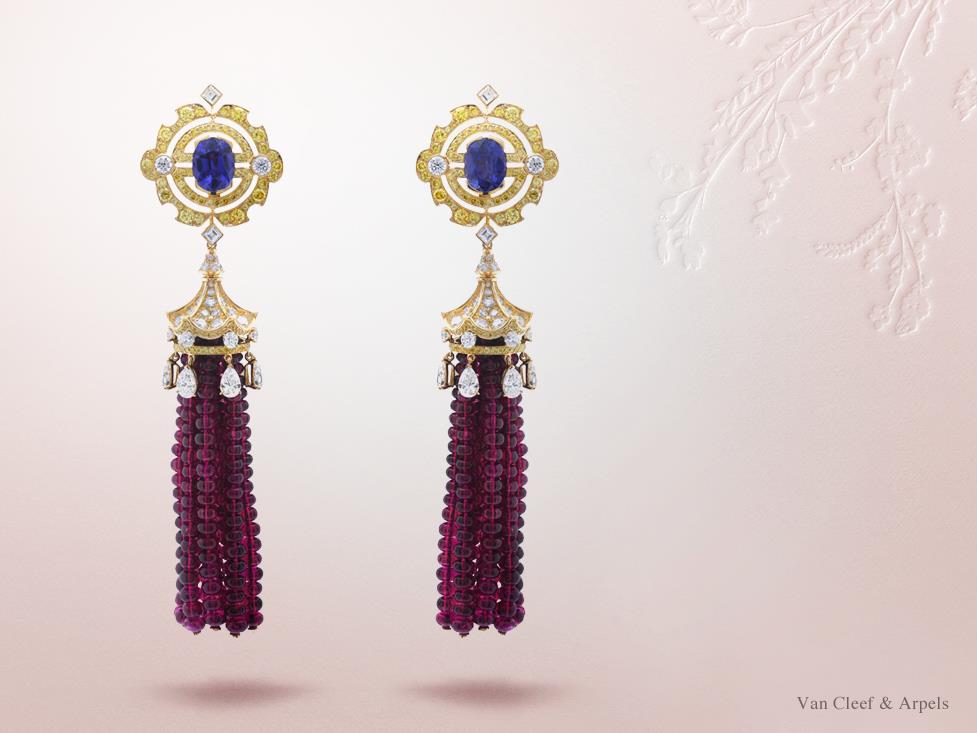 At the wedding of Peau d’Âne and the Prince, the kings of Asia delighted everyone with tales of the palaces and pagodas that graced their lands… The Pagode précieuse earrings recall this Oriental world. 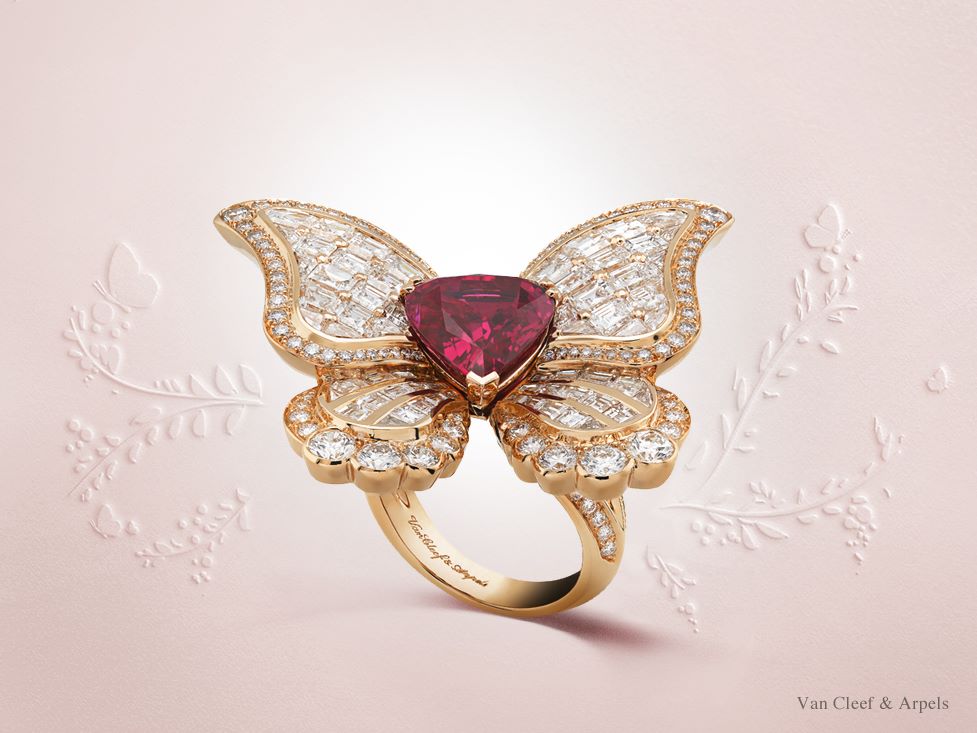 The Papillon rubis ring, adorned by a very rare 5.76-carat pear-shaped ruby, evokes the metamorphosis of Peau d’Âne back to her princely beauty. 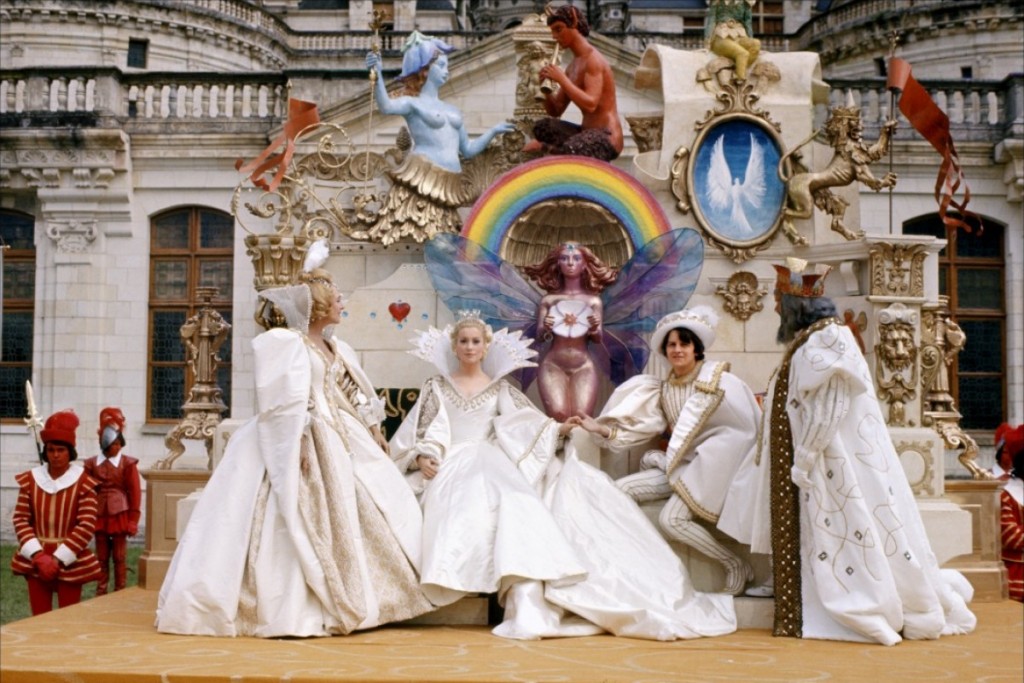 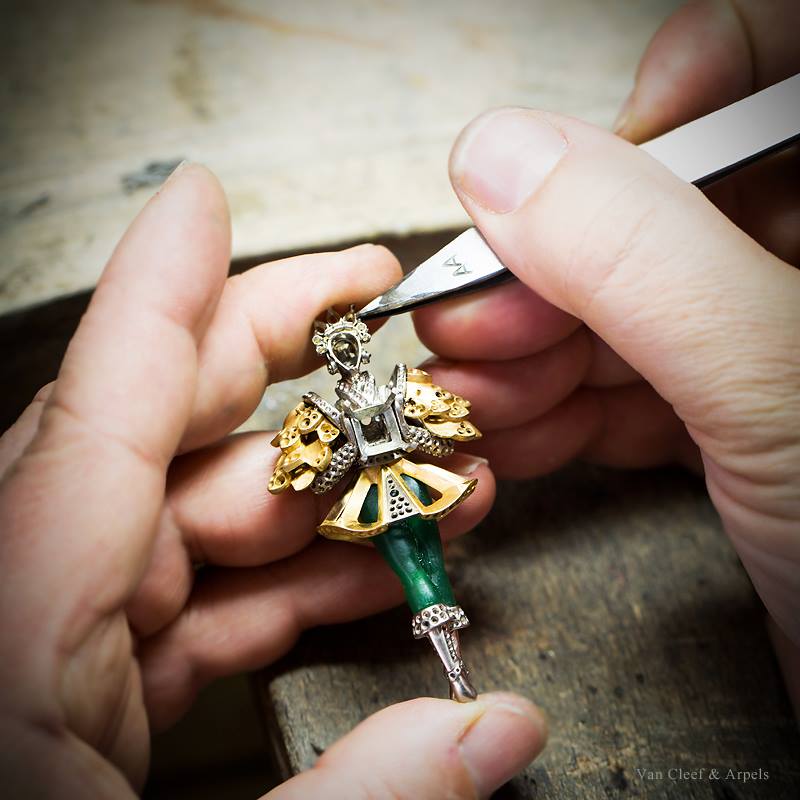