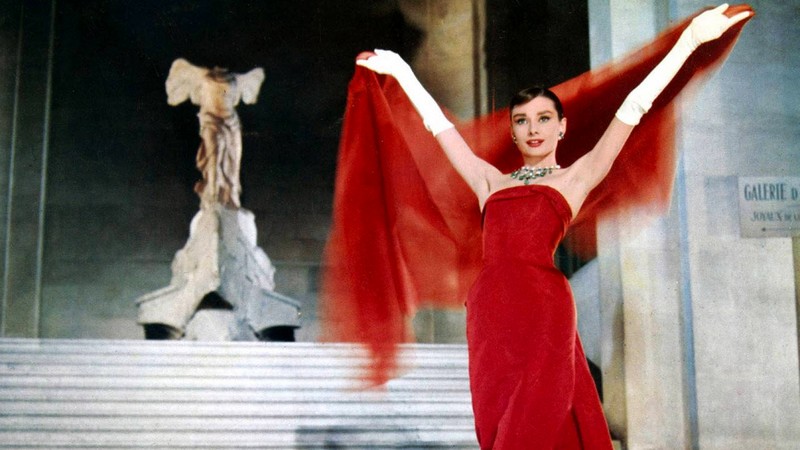 This article titled “The 10 best fashion films” was written by Michael Hogan, for The Observer on Friday 5th February 2016 12.00 UTC

“There’s more to life than being really, really, ridiculously good-looking.” Ben Stiller’s gleeful 2001 satire set in the vapid world of male modelling (tagline: “3% body fat, 1% brain activity”) saw pouting himbo Derek Zoolander and hippy chic rival Hansel (Owen Wilson) teaming up to defeat evil fashion fuhrer Mugatu (Will Ferrell). The plot bore certain similarities to Bret Easton Ellis’s novel Glamorama, resulting in an out-of-court settlement, but it’s essentially a string of glorious set pieces – notably David Bowie refereeing a “walk-off” between our heroes. It flopped at the box office, partly due to being released a fortnight after 9/11, but became a cult favourite on DVD. A long-awaited sequel lands on 12 February, so start practising that Blue Steel face in the mirror.

“Think pink! Red is dead! Blue is through! Green’s obscene! Brown’s taboo!” This classic 1957 Audrey Hepburn musical romcom, set in the haute couture worlds of New York and Paris, was a knowingly affectionate forerunner to The Devil Wears Prada and TV comedy Ugly Betty. Fred Astaire stars as photographer Dick Avery (based on the film’s visual consultant Richard Avedon), who is told to find a “new face” by his stern editor (based on Diana Vreeland). He discovers nerdy Greenwich Village bookstore clerk Jo (Hepburn), whisks her off to Paris and transforms her into the world’s hottest model. Cue catwalks, photoshoots and song’n’dance numbers as Dick and Jo fall in love – despite a 30-year age gap between the stars.

“We all get dressed for Bill,” says Anna Wintour in this warmly intimate 2010 documentary. Richard Press’s film profiles the indefatigable octogenarian who zips around the Big Apple on his beloved Schwinn bicycle, snapping local scenesters for his two columns in the New York Times style section: On the Street (which pretty much invented the street style genre) and Evening Hours (dressed-up socialites at charity soirees). At home in his cramped Carnegie Hall apartment, Cunningham wryly discusses his art form (“He who seeks beauty will find it”) and gives a tour of his filing cabinets full of negatives. As well as La Wintour, talking heads include David Rockefeller and Tom Wolfe.

Robert Altman’s biting 1994 satire on the rag trade was shot at Paris fashion week. It found the likes of Julia Roberts, Sophia Loren and Tim Robbins playing inter-connected characters in the buildup to a catwalk show, with cameos from designers and supermodels. It was panned by critics – a comedown from Altman’s similarly episodic Short Cuts the previous year – and is best remembered for its climactic two-minute sequence of nude models strutting down the runway to the strains of Pretty by the Cranberries. Distributors Miramax decided American audiences wouldn’t understand the French title, so it was translated into Ready To Wear for its US release.

Michelangelo Antonioni’s elliptical 1966 thriller captured the style of swinging 60s London, shocked middle America with its casual sex and won the Palme d’Or at Cannes. Mop-topped David Hemmings stars as the dope-smoking, Rolls Royce-driving photographer, inspired by David Bailey, who seduces a string of beautiful women including Vanessa Redgrave and Jane Birkin – before unwittingly capturing a murder on camera. Featuring a guitar-smashing Yardbirds gig and a hip score by Herbie Hancock, it glamorised fashion photography as a profession and was memorably spoofed in Austin Powers: International Man Of Mystery. Look out for a young Janet Street-Porter, dancing in the nightclub scene wearing a silver coat and Carnaby Street striped PVC trousers. Strong look.

Adapted from the bestselling novel by Lauren Weisberger – who had real-life experience of being personal assistant to US Vogue editor-in-chief Anna Wintour – this 2006 hit comedy starred Anne Hathaway as the graduate who lands a job that “a million girls would kill for” at powerful New York glossy Runway. Silver-haired, Hermès-scarfed Meryl Streep stole the show as her demanding, ruthless boss, earning her a 14th Oscar nomination. So many designers lent clothes and accessories to the production – wardrobe was overseen by Sex and The City’s Patricia Field – that it’s the most expensively costumed film of all time. Even Wintour enjoyed it, after attending a press screening – wearing head-to-toe Prada, naturally.

When German film-maker Wim Wenders was first approached by the Pompidou Centre to make a short about the world of fashion, he responded: “Fashion? I’ll have nothing of it.” But Wenders soon relented: “Maybe I was too quick to put down fashion. Why not look at it without prejudice? Why not examine it like any other industry? Maybe fashion and cinema had something in common.” The result is this beautiful, poetic (if pretentious) 1989 portrait of Japanese designer Yohji Yamamoto as he prepares for the Paris spring shows in his Tokyo studio, packed with backstage footage, visual experimentation and thoughtful, free-flowing discussions of creativity, identity and east versus west.

Rita Hayworth’s biggest hit was this dazzling 1944 Technicolor musical in which she played Rusty, a chorus girl working at a Brooklyn club run by her boyfriend Danny (Gene Kelly), who is shot to stardom when a rich, elderly magazine editor who was once in love with her grandmother (Hayworth in a tongue-in-cheek dual role) offers her the chance to be a cover girl. The highlight is the Kern and Gershwin title song, performed against a backdrop of camera lenses and magazine covers. The score won an Oscar but the lavish couture is equally ravishing. Midway through shooting, Hayworth eloped with Orson Welles. The film also made her the first of only six women to dance on-screen with both Kelly and Fred Astaire.

“Fashion is a religion. This is the bible.” RJ Cutler’s 2009 documentary chronicles famously frosty editor-in-chief Anna “Nuclear” Wintour’s preparations for US Vogue’s fall fashion edition – which weighed in at a thudding 5lb and 840 pages (727 of them ads), the biggest issue of a magazine ever published. Eye candy comes from the luxurious photoshoots, runway shows and designer cameos. Laughs are added by waspishly witty editor-at-large André Leon Talley. Behind-the-scenes drama is supplied by Wintour’s spikily long-suffering, grudgingly respectful relationship with creative director and “greatest living stylist” Grace Coddington – who has just stepped down after 28 years.

“Just because Jonathan’s fallen in love with a piece of wood, it doesn’t make him a dummy.” A decade before Sex and The City, Kim Cattrall had another memorable fashion role as the titular mannequin in this none-more-80s romcom. Struggling artist Jonathan Switcher (played by the Brat Pack’s sensitive one, Andrew McCarthy) gets a job as a department store window dresser and falls in love with one of his dummies. By night, she comes to life and helps him create spectacular displays that become the talk of the town. It all gets increasingly silly, but in an irresistible climax the couple get married in the shop window, while grinning viewers air-punch along to Starship’s Oscar-nominated theme song, Nothing’s Gonna Stop Us Now.