‘The Cassina Perspective’ is a holistic approach that offers a unique and complete approach to the home. Considering this, Cassina, the Italian manufacturing company specialised in the creation of high-end designer furniture, has developed a first tableware collection by Le Corbusier in collaboration with Richard Ginori and the Le Corbusier Foundation. 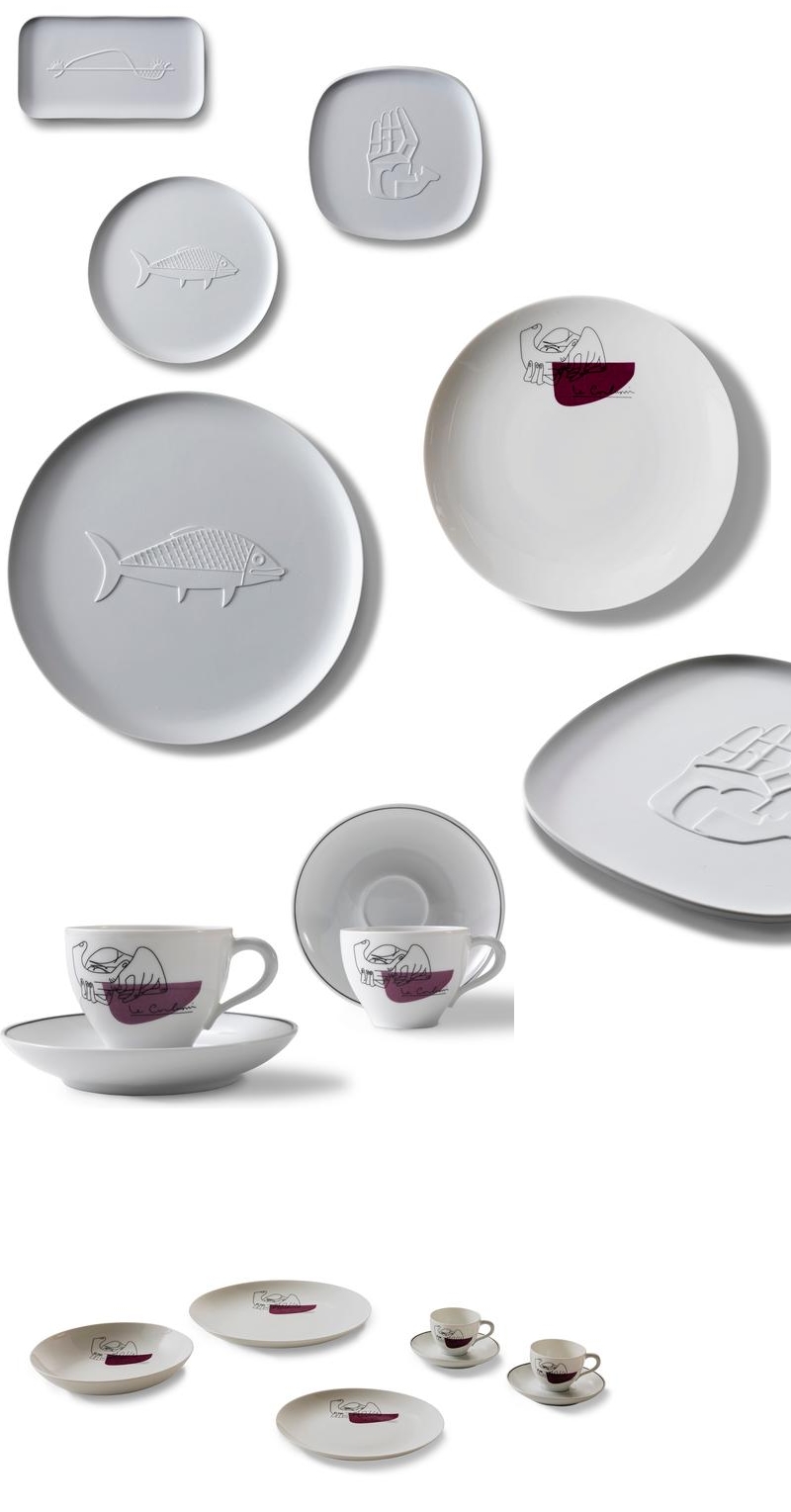 Cassina in collaboration with Richard Ginori and the Le Corbusier Foundation

This dinner service was originally produced for the Prunier restaurant in London. On the wall of a private room of the restaurant, Madame Prunier had hung the Les Mains tapestry that Le Corbusier had designed in 1951. In 1961, she decided to commission Le Corbusier to design a dinner service for the restaurant with the same motif of the intertwined hands that can be found on the lower part of the tapestry. Le Corbusier had carefully made some colour variations for this dinner set, including a plum tone for the coloured part on which the three entwined hands drawn with a thin black line come together.

Le Corbusier himself used these same dishes in which he combined, as he himself said, quality and taste “the taste of shape”.

Today the Service Prunier has been reissued by Cassina thanks to the collaboration with Richard Ginori, with respect for the original project and with the greatest care for authenticity. Produced in the same white porcelain with the original drawing by Le Corbusier applied by hand, the service includes a dinner plate, a soup dish, a dessert/salad plate and a small coffee cup and saucer.

Cassina has been inspired by the genius of Le Corbusier for this collection composed of three trays in unglazed porcelain that each feature bas-relief symbols taken from the walls of buildings in Chandigarh, the city he designed in the 1950s and now a world heritage site. In this project Le Corbusier summarises his architectural and urban ideals, expressing his creativity in sculptural and figurative terms. As he had already done in Marseilles in the Unité d’habitation with the sculptures moulées, he imprinted symbolic drawings on the béton brut concrete walls of various buildings, the same symbols taken from his figurative repertoire and the Indian culture.

Each tray in the Collection Chandigarh, produced by Richard Ginori, has a decorative symbol that was designed by Le Corbusier in 1956. Probably the most recognisable and recurring in his architecture, featured on the square tray with rounded corners, is the hand: the eternal symbol of peace. The round tray features a fish and the rectangular tray the solar movement.

Made in matt white porcelain with a biscuit effect, the simple lines and minimal shapes of these trays are perfect both for the table and to display. 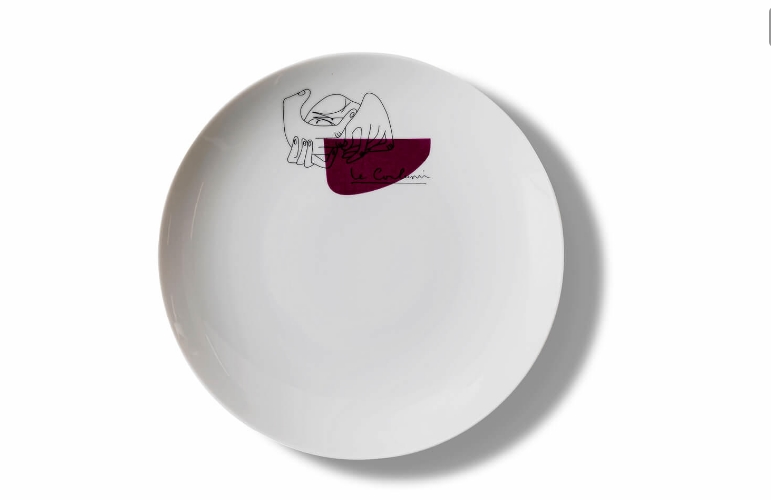 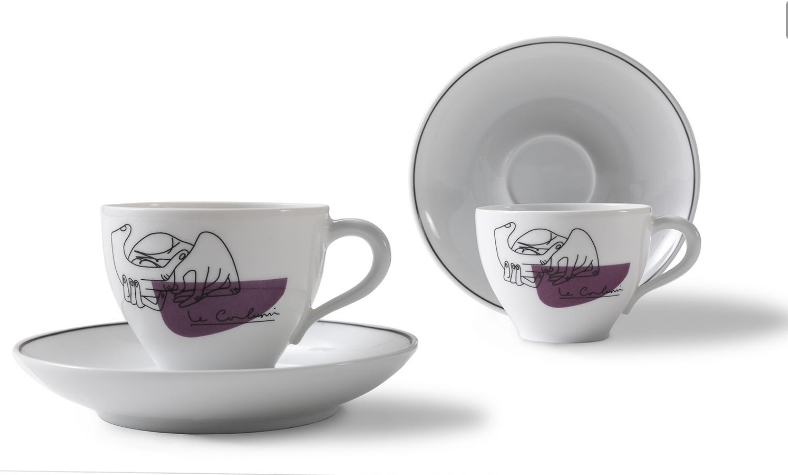 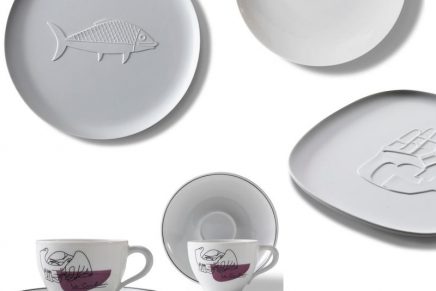 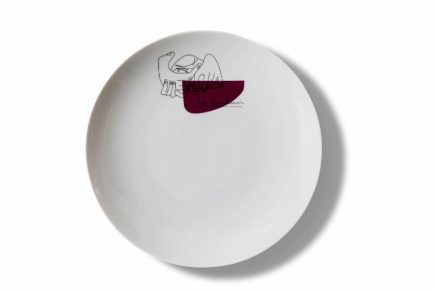 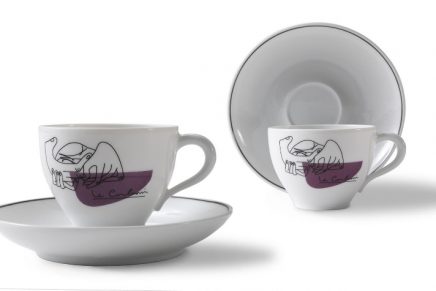 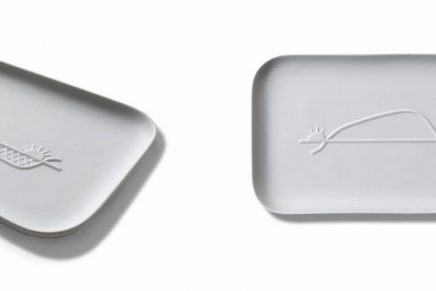