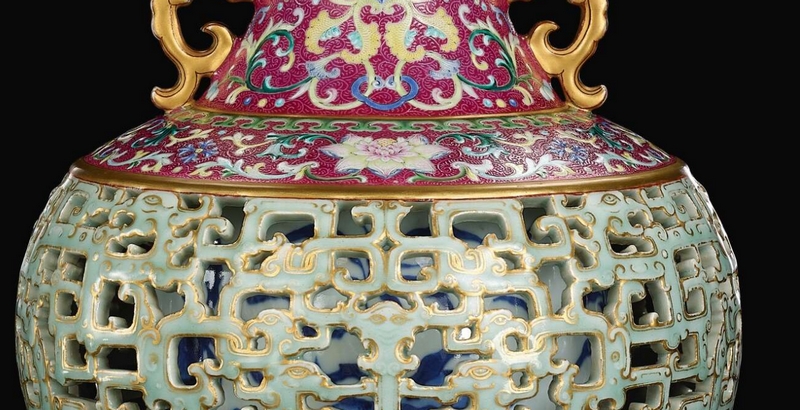 Sotheby’s is offering for the first time for sale in over 60 years a unique reticulated vase, a masterpiece made for the Qianlong emperor.

The Harry Garner Reticulated Vase is a lost masterpiece of Chinese porcelain found in a remote European house almost 60 years since it last came to market. The vase was rediscovered by Amsterdam-based art consultant Johan Bosch van Rosenthal in the country house of an elderly lady who had inherited it. The masterpiece survived the last 50 years almost unblemished, in a lively home surrounded by countless cats and dogs.

Nicolas Chow, Chairman, Sotheby’s Asia, International Head and Chairman, Chinese Works of Art, comments, “It is such a great privilege for It is a miracle that this extraordinarily fragile vase survived half a century in a home surrounded by countless pets, and we are excited to unveil it in Hong Kong in July.”

This magnificent yangcai reticulated vase represents the culmination of centuries of ingenuity in Chinese crafts and carries with it China’s glorious past. With a singular piece of porcelain, the viewer is taken on a stroll through the riches of Imperial collection, from archaic bronzes and jades via Longquan celadon and blue-and-white to Rococo flower design in vogue at the European courts. 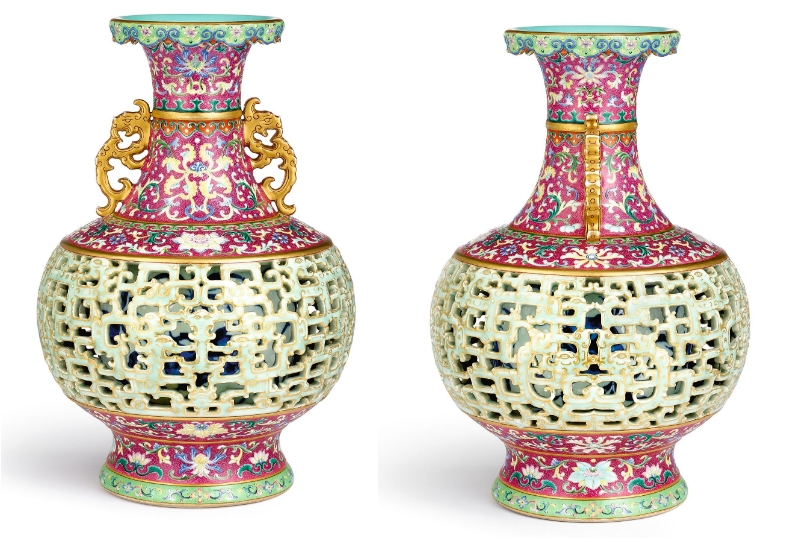 The extremely small group of pierced, double-walled vases that were produced for the Qianlong Emperor were a technical tour-de-force that was only attempted under the stewardship of Tang Ying (1682-1756), the eminent kiln supervisor, who produced such pieces in very limited quantities during the seventh and eighth years of the Qianlong reign, 1742 and 1743. A record for the twelfth day in the eighth month, seventh year of Qianlong (1742) mentions a yangcai red-ground sgraffiatowinter-green reticulated flower vase with a Xuande-style inner body which was praised as a masterwork by the emperor. It was to be stored at the Qianqinggong (Palace of Celestial Purity), where the Emperor held audiences and banquets. The reference fits perfectly the present piece which appears to be unique.

This vase belonged to two major collectors of Chinese art, Sir Harry M. Garner (1891-1977), a mathematician and celebrated collector of Chinese art, and Henry M. Knight (1903-1970), a Dutch collector who assembled one of the finest collections of porcelain from 1930 up until his death in 1970. This masterpiece ranks amongst the most complex and exquisite porcelains from the Qianlong period ever to have emerged on the market. 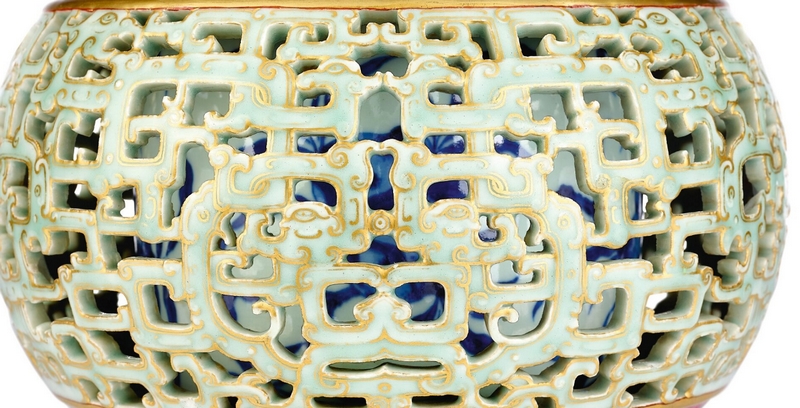 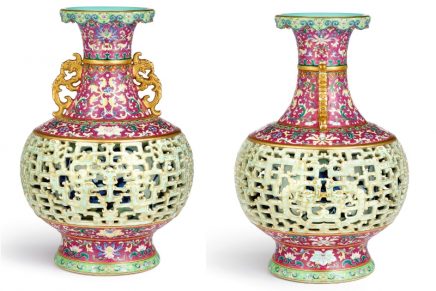 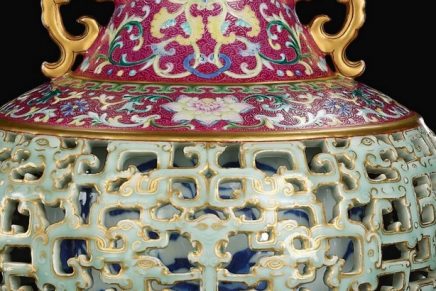 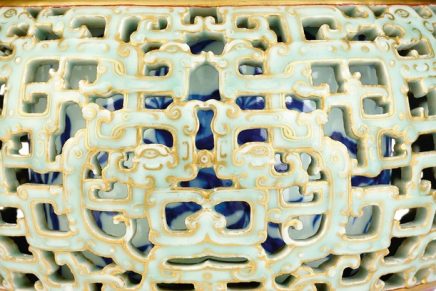