Discover a fascinating world in an exhibition like no other, featuring over 180 wildly imaginative works by Japanese artists past and present. Don’t miss “Japan Supernatural”, the unique Art Gallery of New South Wales curated exhibition and an experience unlike anything in this world. 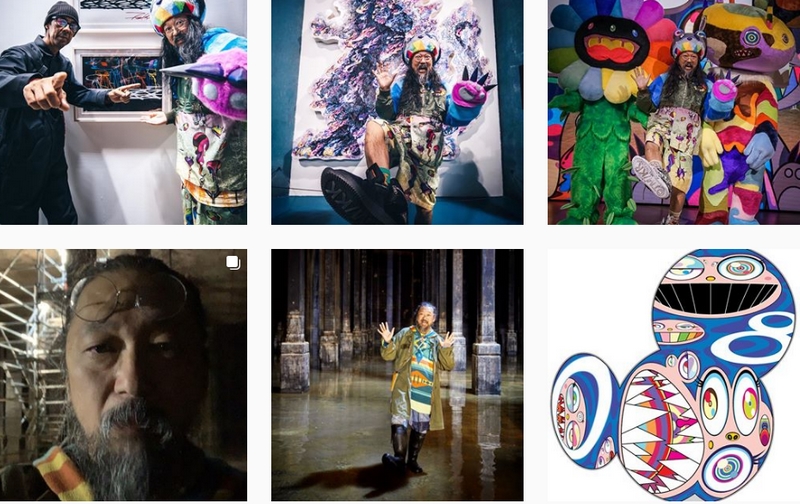 “When I am sitting in this art world, I am super bored … every day, every moment making the same reaction, the same words,” he shrugs, looking, despite his 57 years, like a small lost boy. “I [am] making a flower painting almost every day. That is sitting in front of the computer, I have to change the colour – I need AI or something like that.”

We meet at the Art Gallery of NSW in front of Murakami’s brand new commission: a 10-metre long painting of a giant cat, conceived by the artist but executed largely by his army of assistants just outside Tokyo. (He employs some 350 workers.)

In the artwork – titled Japan Supernatural: Vertiginous After Staring at the Empty World Too Intensely, I Found Myself Trapped in the Realm of Lurking Ghosts and Monsters – Japanese folklore demons or yokai battle with samurai, bound together by the spirit of an oversized feline.

Made up of 502 individual silkscreens, it is the bonkers centrepiece of the gallery’s summer show Japan Supernatural and the single largest painting to ever enter its international collection. With Murakami’s stamp – this is a man, after all, with 1.5 million Instagram followers – it is bound to attract the crowds.

Yet Murakami himself, who mixes disarming self-deprecation with a healthy dose of self-doubt, won’t be drawn into conversations about the significance of the work.

“You find me, commission me, bring me here and question me,” he tells a roomful of fans in a Q&A talk on opening day. “I make you stupid cat painting. In my head [it] is stupid, stupid thing.”

He lets out a big laugh. He is joking. Sort of.

Born in Tokyo in 1962, Murakami is Japan’s most famous art export. Dressed in cropped jeans and a rainbow-coloured top, with a gold chain around his neck adorned with his smiling flower face motif and an orange Louis Vuitton bag, he comes across as larger than life.

But his manner belies serious ambition. Murakami is often compared to Andy Warhol for his love of fame, his churning factory of a studio (it operates 24/7) and his wholehearted embrace of commercialism.

“People have resistance to the idea of a group painting, especially when they ask [the question]: ‘Which part is actually you?’” he insists. “But I think of myself as a movie director, with a huge number of staff working as my hands and limbs. Every single part I’m micro-managing, so this is my work.”

Murakami is less interested, however, in talking about what the art gallery surely hopes is his new masterpiece than in his next project: the movies.

“The new Star Wars movie I am in,” he tells me proudly. “JJ Abrams’s announcement, in Japanese premiere. I came to the British studio.” A Jedi, I ask? “I cannot say,” he answers. “But I am wearing a robe.”

Murakami released his debut feature film, the children’s fantasy Jellyfish Eyes, in 2013. Now he is working on Jellyfish Eyes II. The project, he says, is sending him insolvent. “Every month, it looks like bankrupt. Just lose the money. Part I shows, and two days later theatre decide: finish!”

“I understand I am a very super bad director,” he adds. “The movie thing cannot get the money yet – hopefully in the future.”

It is hard to tell if Murakami’s talk of financial ruin is real or hyperbole, designed for effect. After all, his works sell for eye-watering amounts. In 2008, his sculpture My Lonesome Cowboy, in which a blonde-haired boy masturbates, sending a lasso of creamy semen into the air, was auctioned for US$15.2m. Of it, he says: “Very strange sexuality came from Japan – plus a fear of sexuality in American culture. In my head is very stupid idea. That’s why I say [I’m] very lucky.” Murakami’s new commission for the Art Gallery of NSW, too, cost seven figures.

His long-standing collaboration with Louis Vuitton has also been lucrative. In 2008, in a brazen up yours to the elites – who scorn the mixing of merchandise with high art – Murakami featured a fully operating Louis Vuitton boutique as part of his artwork at the Brooklyn Museum.

Justin Paton, head curator of international art at the Art Gallery of NSW, refers to his many forays into different worlds – art, fashion, branding, film – as “tentacles.”

“What fascinates me is the balance between how Takashi keeps madness in his method,” Paton says. “He has a huge studio environment of many, many people. The metre is running the whole time, but at the same time he needs to keep the creativity going and the ideas fresh … He is keeping tabs on what is a large business and a large number of hands that need really clear direction. Not every artist can do that.”

Business has been helped along, of course, by his celebrity collaborations and endorsements: Murakami directed Kanye West’s animated music video Good Morning; he has designed sculptures with the likes of Pharrell Williams; and his social media feed features Gigi Hadid and Kaia Gerber.

“Kanye West and Kim Kardashian came into my studio and posted. Followers immediately: Boom! Exploding. This is great,” he muses. Yet it is also “a lot of pressure that cracks your own ego. For the industry, it’s important to have these celebrities around, but for me it’s both good and bad.”

While his place in the art world now seems secure – so secure, apparently, as to be just plain dull – it is film that makes him the most nervous.