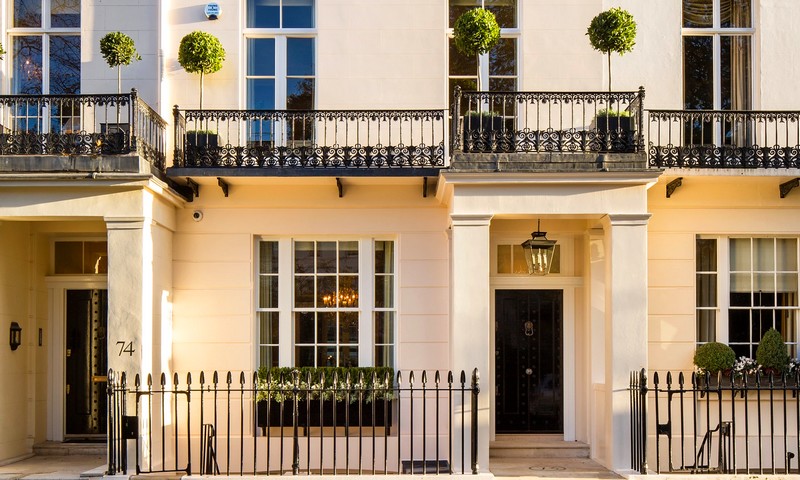 The steel-lined, bombproof front door to 73 Chester Square in London’s Belgravia might give a clue about who used to live here. This six-storey, six-bedroom Georgian mansion was the last home of the late Baroness Thatcher, who lived here after her tenure as prime minister from 1991 until she died in 2013.

On the market through estate agent Savills, the property’s mind-blowing £30m price tag is partly explained by the historical appeal of its famous former occupant, a politician who fittingly promoted the benefits of climbing the homeownership ladder.

“If only the walls could talk – one could almost imagine Ronald Reagan and other heads of state sitting with Baroness Thatcher in her dining room,” says Richard Gutteridge, head of Savills’ Sloane Street office.

But the eye-watering asking price is also down to the multi-million pound refurbishment the property has undergone over the past 18 months by its current owner, luxury developer Leconfield.

The refurb retains features from Baroness Thatcher’s time at the house, like the inlaid 73 plaque in the doorstep she had installed in 1991.

It has also added historical links such as the Hopton Wood limestone flooring in the entrance hall, the same as that used in the Houses of Parliament.

The layout and design of the dining room and interlinking study on the ground floor has been reinstated exactly as Baroness Thatcher had it during her 22 years at the property.

The drawing room/library takes up the entire first floor and was reportedly her favourite room. It has been enhanced with a pair of original Louis XVI fireplaces and parquet flooring, selected to match the house’s original floor.

The developers have also added substantially to the property, installing a lift, a private garage and an entire mews house to the rear. Above ground this houses a bespoke kitchen, family room and roof terrace, while there is a gym, media room and bar area with a 500-bottle temperature-controlled wine cellar on its lower ground floor.