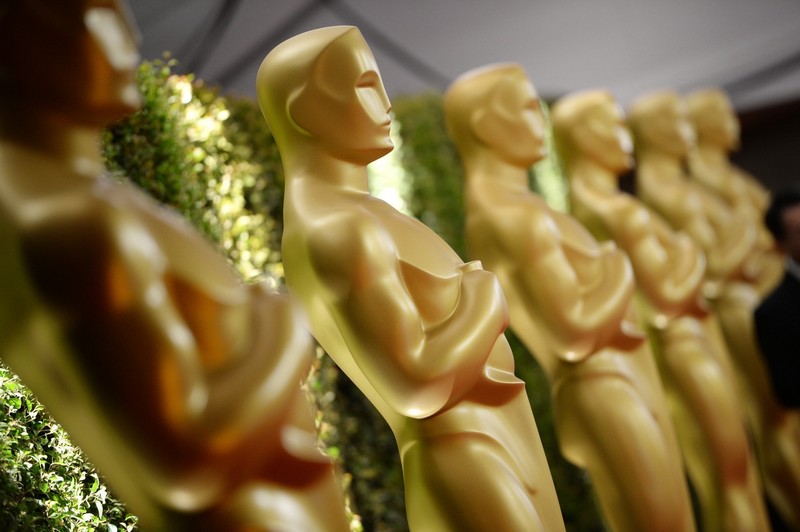 This article titled “How to crash the Oscars’ swag bag and get your goodies into celebs’ hands” was written by Arwa Mahdawi, for theguardian.com on Tuesday 9th February 2016 12.15 UTC

This year’s opulent Oscars swag bags include gifts from the government of Israel; the government of Japan; and a “proud farm wife” from Canada. While only a handful of people leave the Academy Awards with a gold gong, every year nominees are consoled with an extravagant goody bag. These swag bags aren’t officially endorsed by the Academy; they’re put together by Distinctive Assets, a company that helps place products with celebrities. “Celebrity seeding” is a cost-effective marketing tactic for brands. Sending a celeb a freebie in the hope it gets PR is a lot cheaper than an advertisement or endorsement deal.

The Oscar swag bags have already prompted a blitz of buzz. Largely because their contents, worth $200,000, are preposterous. They include luxury holidays, extravagant car rentals, ludicrously expensive toilet paper, and a “vampire” breast lift. But among these outlandish offerings, perhaps the most unusual item is the most ordinary: CAD$35 (£17) necklaces made by a farmer’s wife in Edmonton, Canada.

Kim Ducherer, the founder of Farm Wife Style, started her online jewellery business just over a year ago. Her creations, she says, are inspired by farm life. “I think it is really down to earth and being a farmer … is being down to earth. Everything I make is really simple, really classic and I find farming is like that too.”

This is charming, but the Oscars aren’t an event one would typically characterise as “farmyard-chic”. So how did Farm Wife Style end up at the Oscars? Well, Ducherer used an interesting piece of technology called www.google.com. She did some research and emailed Distinctive Assets who decided that her jewellery was distinctive enough to be an asset to the award ceremony.

When Ducherer found out she was going to have the privilege of donating 185 pieces of her jewellery to underprivileged celebrities she was in shock. She “ran upstairs and told [her] husband. He was in shock too. He didn’t really understand.” By the way, for anyone who, at this point, still doesn’t understand why celebrities need free stuff, let me refer you to Distinctive Asset’s website. This explains that: “The basis of this question is a confusion of ‘need’ with ‘gratitude’ … You don’t cease to be eligible for gratitude simply because you’re rich and famous.” So there you go.

The Farm Wife Style story isn’t just a parable of gratitude; it is a neat case study on the extent to which social media has democratised the marketplace. Ducherer is representative of a growing tide of Etsy entrepreneurs – stay-at-home mums monetising their crafting hobbies. No longer do the big stores have a monopoly on overpriced home decor or costume jewellery; you can sell anything online if you package it well enough. You can literally print “shit” and sell it on Etsy. And you don’t need a big budget to advertise your creations. If you produce content good enough, your cheap YouTube video can get more views and buzz than million-dollar productions from big brands on big broadcast channels. Or you can just send samples to the Oscars.

For the last decade, Doritos have run a contest called Crash the Super Bowl where consumers are invited to come up with an advert for the Super Bowl. The winner gets up to $1m and the satisfaction of seeing their homemade commercial play alongside big-budget, celeb-stuffed, professionally produced ads. Apparently, 2016 may have been the last year for Crash the Super Bowl. In its stead, I’d like to suggest a new competition called Crash the Swagbowl. Participants must make a product and get it into the Oscars’ swag bag. The prize is the chance that your product may end up in the arms of a celebrity. To get you started in Crashing the 2017 Swagbowl, here are a few pointers.

Statistics show that, when it comes to the Oscars, being of the Caucasian persuasion is a distinct asset.

If you want to get free PR then your product should have a novelty factor that piques press interest. This year’s Vampire Breast Lift is a case in point. Admittedly, it’s difficult to come up with a bizarre plastic surgery procedure at home. However you can always take a common household object and sell it at a 2,000% mark-up. This year’s bag also includes $275 luxury toilet paper.

3. Or offer something ridiculously good-looking

Anything celebs might be able to Instagram is a good bet if you’re looking for free PR. Jewellery and confectionery are both ideal. Maybe combine the two and try something like a tiara made from meringues.

This year’s gift bag contains personalised M&Ms; smart because appealing to narcissism is always a good strategy. So maybe ensure your meringue tiara has a nominee’s name on it.

5. When in doubt, ask a farmer’s wife

They seem to know about this stuff.