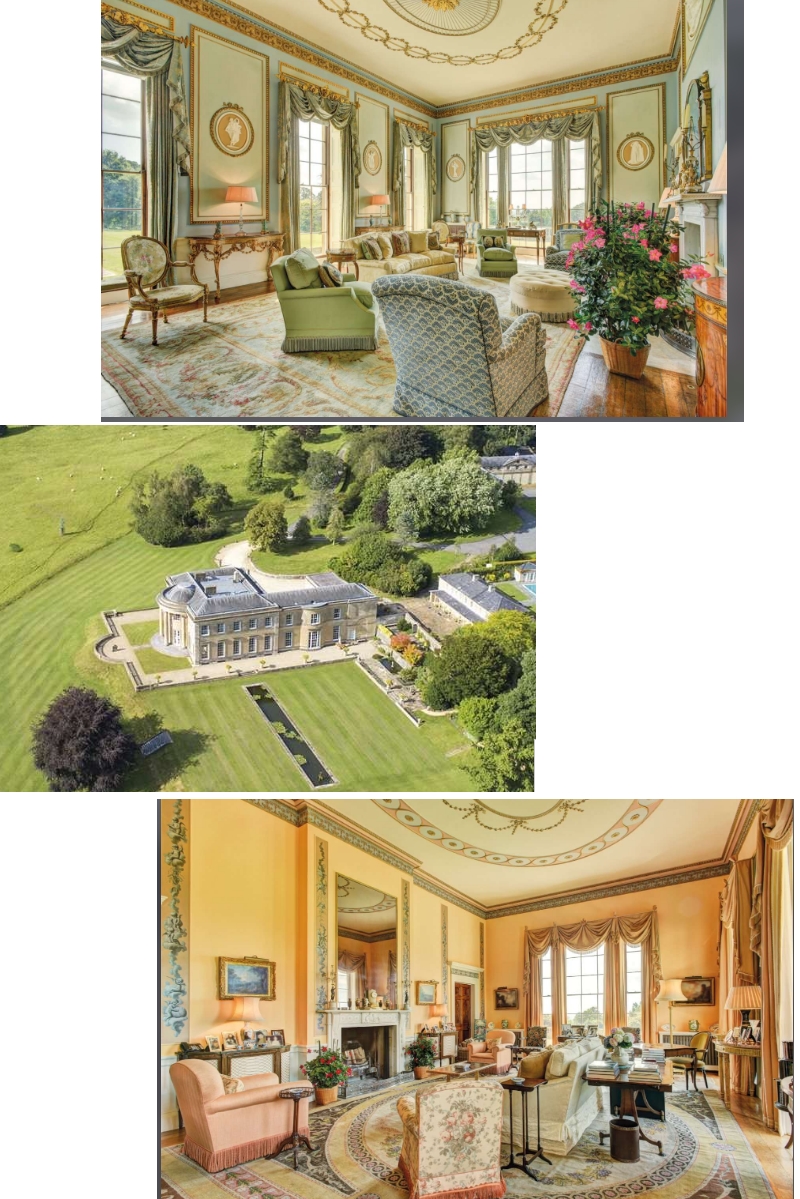 The world’s super-rich are seeking to escape from coronavirus lockdowns in cities by buying multimillion-pound English country estates to create Downton Abbey lifestyles, complete with butlers, cooks, housekeepers and armies of gardeners.

Estate agents are reporting a surge in sales of vast country estates and former castle properties, which until Covid-19 struck had become increasingly hard to shift as the richest of the rich instead opted to live in luxurious skyscraper penthouses, on tropical islands or superyachts.

Savills, which has 320 staff in a special unit dedicated to such estates, said it had sold – or was on the verge of selling – 21 estates valued at £15m-plus since the first nationwide lockdown in March. For comparison, just one such property sold in the whole of 2019.

Crispin Holborow, Savills’ country director, said he was the busiest he had been in his 34-year career with a “flood of people looking for their version of Downton Abbey”.

“Very rich people have often been thinking of buying a place in the country and doing something environmental, but the [first] lockdown really was the slam-dunk catalyst that caused them to actually buy,” Holborow said on speakerphone as he rushed to another viewing appointment.

[The rich] have discovered that life is fragile, and are now actually paying attention to what matters

“The pandemic has made people realise how important family is, and they are wanting a big place where they can all live together with space and activities. They were busy jumping on planes travelling the world running businesses, and they didn’t need a country place. But they’ve realised they can now settle, and they like it.”

Holborow said two £15m-plus properties had been sold or been placed under offer so far this week, taking the total number changing hands since March to 21.

“These are very substantial properties, with a main country house, lots of cottages on the estate, a dollop of land and good security,” he said. “£15m-plus gets you a lot. There’s always a pool, always stables, a tennis court, and outbuilding for cars or whatever the passion of the owner is. There’s also often shooting for entertaining guests.”

Holborow said many of the properties had sold for a lot more than £15m. “There have been lots in the £15-30m bracket – some of which are truly exceptional – a handful over that, and one or two significantly over that,” he said, indicating sales for close to £100m.

“These are places that are steeped in history, that are often well-known destinations with well-known previous owners,” he said. “Some have been in families for many generations and it’s the first time they have ever been sold since they were bestowed on them by the crown hundreds of years ago.

“Kings and queens of England have slept in these houses,” he said. “And that is a very important selling point for some nationalities … Americans love that.”

Among those up for grabs is the Bowden Park estate, near Chippenham in Wiltshire, on the market with a guide price of £35m. For that the buyer will get a Grade I-listed 18th-century country house set in 1,450 acres of park and farmland.

It has formal gardens, a swimming pool, tennis court, eight farmhouses, a “historic grotto”, and 12 cottages on the boundaries of the estate that could provide “excellent accommodation for extended family members, guests and staff”.

A significant number of country house buyers have been American or Anglo-American couples, with buyers also coming from the Middle East, China, and continental Europe.

Holborow said travel bans meant some owners had bought properties having only seen them on video tours over WhatsApp or Zoom. Only about half of the buyers have been British nationals.

The estate agents said the new buyers were sometimes shocked by the scale of the undertaking they have taken on, and the number of staff required to run the house and grounds.

“These houses need anything from three to eight or 10 staff,” Holborow said. “You need at least one housekeeper, whose husband might be chef. Or a husband and wife team working as cleaner and driver. You’ll also need outside staff, from two-to-five gardeners depending on how immaculate you want it to look. Horses need grooms, and you definitely need someone on maintenance duties, which is not a luxury.”

Robert Blake, who works in Knight Frank’s private residence consultancy team, said many of the new owners lacked the experience of living in a grand country house and were surprised by the work necessary to keep it running. “There are a few very urban people for who it is all really very new,” he said.

Blake said each house and owner had specific staffing needs, and that he had placed up to 15 staff in some houses. “There would be a team of three housekeepers, and one head housekeeper, working on a rota because the employer will want staff every day of the week,” Blake said.

“If you just want tidy lawns one or two people would be plenty, but for big gardens and grounds it would be many more. Let’s say you’ve got a few ponies, some livestock, and you’d need a driver, then it quickly starts to build up.

“The properties I look after are for ultra-high net worth people. They will also want to shoot so they can entertain guests, so you will also need gamekeepers.

“I’ve recruited butlers, but other [owners] will laugh at the idea of a butler,” he said.

Blake said he was pitching to help the owner of an estate convert it from a hotel into a 34-room private home.

Henry Pryor, who helps super-rich people find the homes of their dreams, said the pandemic had also prompted some of his clients to look for country estates as they “recalibrate priorities towards their families”.

Pryor said he had recently sourced a property for just over £10m, and had a client who was looking for an estate at around £25m. “But the problem is there aren’t many around any more.

“They have discovered that life is fragile, and are now actually paying attention to what matters,” he said. “People are realising that they have been ignoring their children, that they don’t want to be remembered as cold-hearted bastards.”