2020 is one of the most disruptive years in the history of the Swiss watch industry. Over two-thirds (67%) of watch industry executives surveyed in the Deloitte Swiss Watch Industry Study 2020 predict a gloomy outlook for the Swiss economy in general, with 85% forecasting a grim outlook for the industry specifically which shows the seriousness of the current situation and the monumental challenge for the industry.

The watchmaking industry is dealing with more than just the current pandemic. In 2019, the protests in Hong Kong had a noticeable impact on sales figures month after month. According to the majority (54%) of executives surveyed by Deloitte, external factors such as political uncertainty from the likes of Brexit, the US-China trade war the elections in the US, is having a negative impact on the Swiss watch industry.

“The decline in exports has affected entry-level quartz watches even more acutely, a segment suffering since 2012. The collapse of global tourism due to travel restrictions, a drop in domestic demands due to the lockdown and cautious spending habits are having a direct impact on the industry. Production halts in China exposed gaps in some of the producers’ supply chain and inventories, perhaps leading to a rethink of regionalising production back to Switzerland,” explained the Deloitte Swiss Watch Industry Study.

In-store experiences remain an essential part of the customer journey

Bricks and mortar stores will remain the most important sales channels in the coming years despite the pandemic. Over 70% of Swiss watch executives believe that offline channels will continue to dominate digital ones across all price brackets. Over 60% of brands surveyed are prioritising the development and strengthening of their omnichannel strategy. The in-store experience is an essential part of the customer journey, which is why executives are looking to implement experiential brand experiences, mobile-driven workforce and mobile apps to enhance their in-store customer experience. Technologies like augmented reality or virtual reality are not prioritised at the moment.

When it comes to which marketing channels influence consumers’ decisions to buy a watch, print ads are still most influential in Switzerland and Germany, while in France, China and the UK, in-store events have the greatest impact. Social media and influencers are most effective in Hong Kong, UAE and Singapore. Radio and TV are still quite important in many countries, showing the importance of getting the marketing channel mix right. 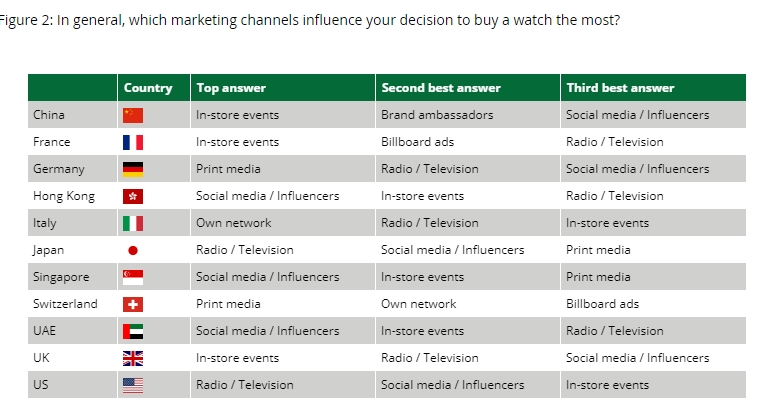 Swiss watch brands have underestimated the popularity of smartwatches

Over 60% of watch executives admitted that the industry missed the boat when it came to smartwatches, with 34% seeing smartwatches as a threat, up from 14% in 2017. However, 60% of consumers surveyed would wear either a traditional watch or both a traditional and smartwatch, a positive sign for the industry that consumers are not completely digitalised when it comes to their timepieces.

Luxury brands have long stayed away from the pre-owned watch market, but recently large brands and groups have begun to shift into this important and potentially lucrative segment.

One-fifth of consumers are likely to buy a pre-owned luxury watch in the next year, a share likely to increase given that the transition to digital channels and e-commerce are giving a wider market of potential buyers the ability to purchase a pre-owned watch.

China is mentioned most often as the next big growth market for the Swiss watch industry in general, followed by the US and other densely populated Asian countries like Indonesia, India and Vietnam. Over the next 12 months, 77% of respondents are expecting growth in China, and over one-third expect growth in the Middle East; however a decline is expected in both Europe and Hong Kong. The more expensive the watch, the better the outlook as we have seen high-end mechanical watches drive the summer recovery in China, and this upward trend should continue. 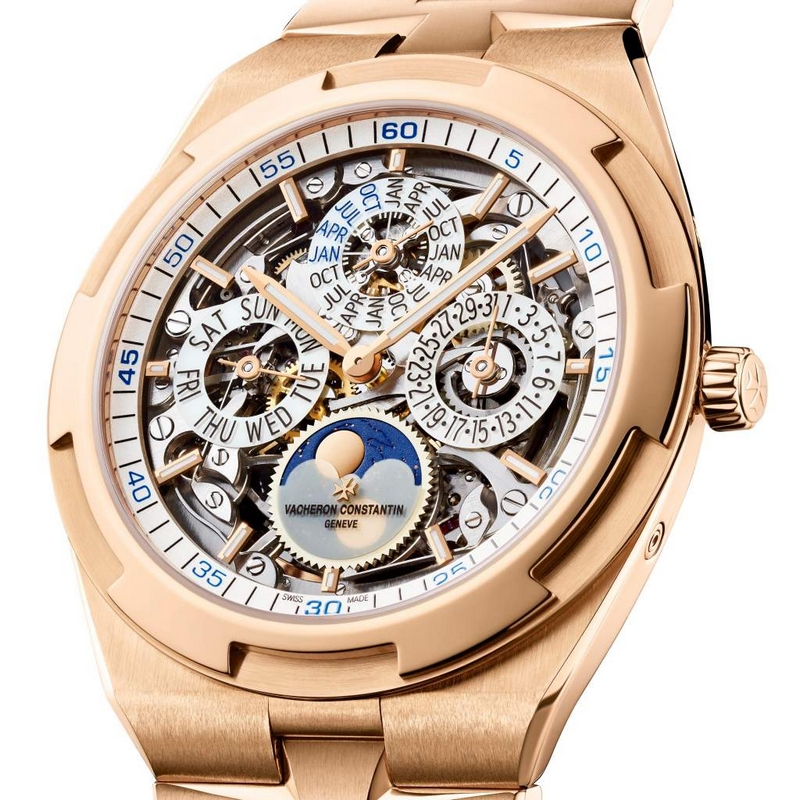 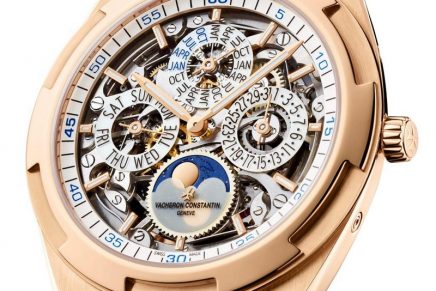 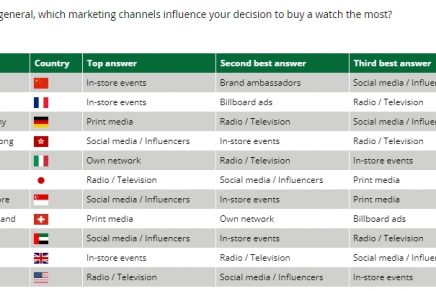