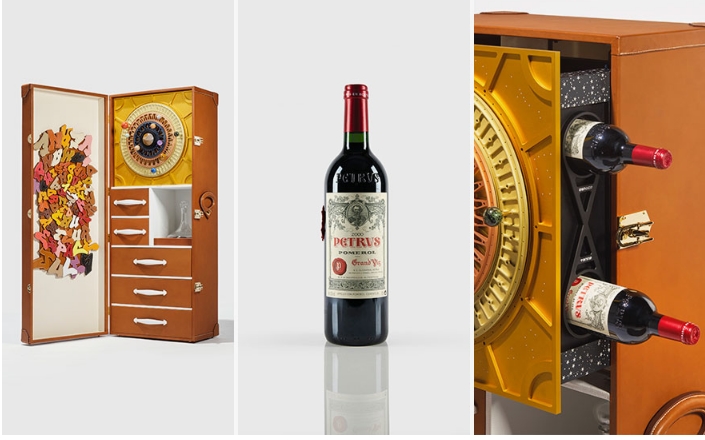 ‘Who knows, perhaps this will be the beginning of cosmic viticulture, or even a Martian Merlot’ — specialist Tim Triptree MW, international director of Wines and Spirits at Christie’s.

The space-aged Petrus 2000 wine is offered in a unique trunk, imagined and handcrafted by the Parisian Maison d’Arts Les Ateliers Victor in collaboration with the French street artist Cyril Kongo. Estimate in the region of $1 million. 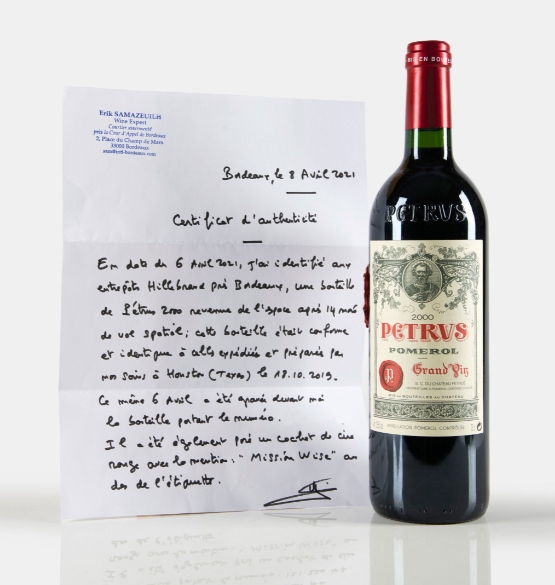 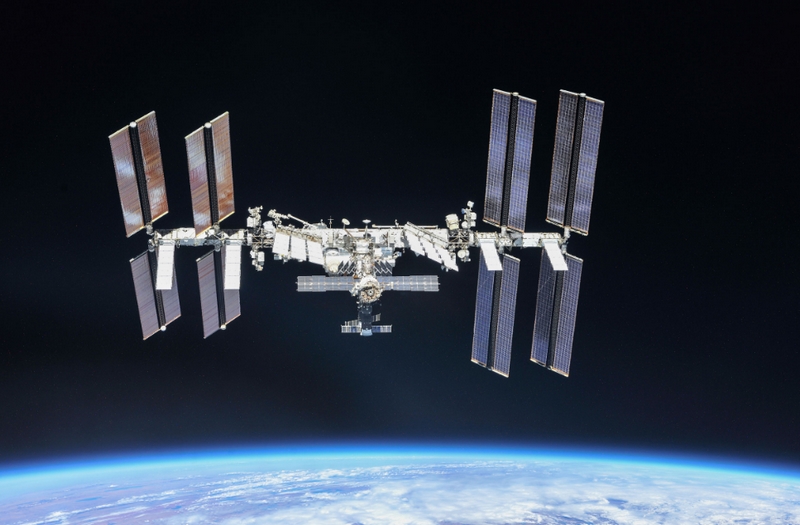 Out of this world: the wine that went into orbit now offered at auction.

In January a case of Petrus 2000 came back down to Earth after more than a year in space. Christie’s auction house is offering one of the bottles for sale — and experts say it tastes sensational.

The space wine had splash-landed in the Atlantic inside SpaceX’s Dragon capsule on 14 January, having spent 14 months orbiting the earth at 17,000 mph on board the International Space Station.

At the tasting, the wine connoisseurs noted that the liquid had not only survived zero-gravity conditions and almost 180 million miles of travel, but had also developed a different colour, aroma and taste from its terrestrial counterpart. The panel of tasters unanimously considered the space wine to be ‘great’.

‘A secret vault hidden behind a solar system, an opening mechanism with secret clues and engravings — after 900 hours of work, our masterpiece would emphasise this so exclusive space bottle of Petrus.’—Benoît Miniou, President, Les Ateliers Victor. 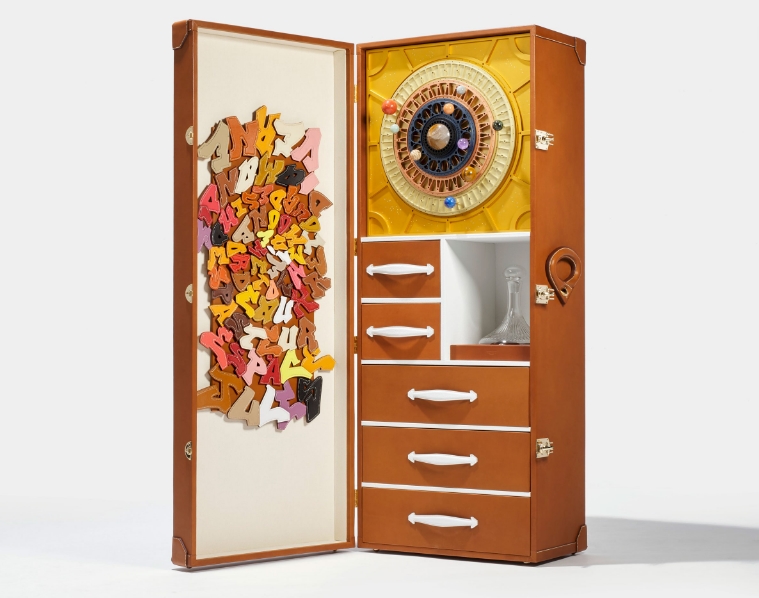 The case of Petrus wine was not sent into space out of mere curiosity. It was the first stage in a six-part experiment led by Space Cargo Unlimited that aims to further our understanding of how organic material adapts to the stresses of changing environments.

Space Cargo Unlimited did not collaborate with Petrus on the project, and the identity of the wine, which retails for more than $7,000 a bottle, was a closely guarded secret until the tasting.

A spokesperson said the Petrus had been purchased from a broker in Bordeaux and selected because the wine is
produced from one grape variety: Merlot.

‘Petrus 2000 is one of the finest wines in the world and ages brilliantly here on Earth,’ says Tim Triptree MW, international director of Wines and Spirits at Christie’s.

‘It was ideal for this study because so many tasting notes already exist for this particular vintage, meaning that any subtle differences could easily be picked up.’ 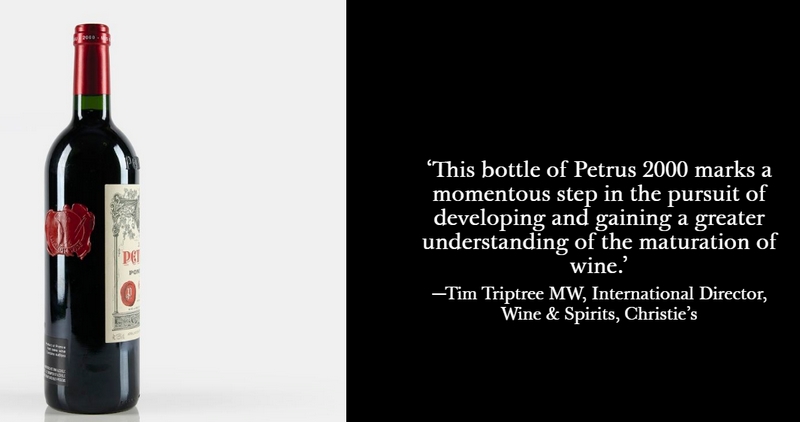 The 12th and final bottle is being offered through private sale at Christie’s with an estimate in the region of $1 million. Needless to say, this is the first time the opportunity to buy space-aged wine has ever arisen.

In a collaboration between the Parisian leather goods manufacturer Les Ateliers Victor and the French street artist Cyril Kongo. It took 900 hours to make by hand.

Inside the trunk there is a moving solar system sculpture, which when perfectly aligned unlocks a vault that contains the space wine along with a regular bottle of Petrus 2000 — making the perfect pair for a home taste test.

In other drawers are a crystal decanter, two crystal glasses and a corkscrew made from a meteorite discovered at the North Pole. 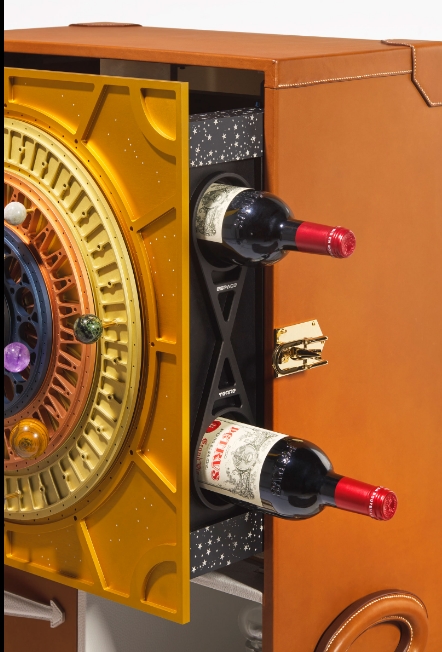 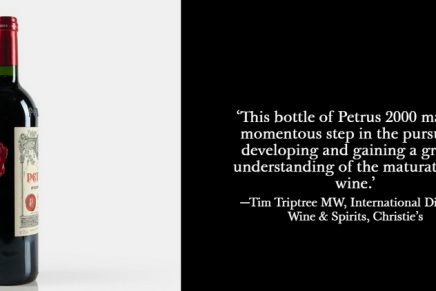 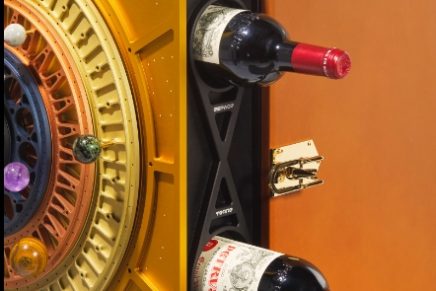 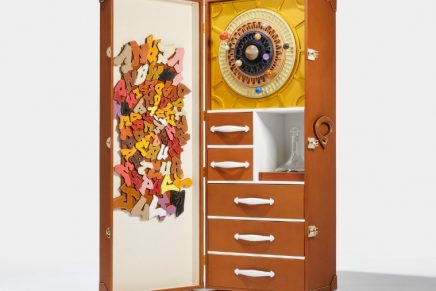 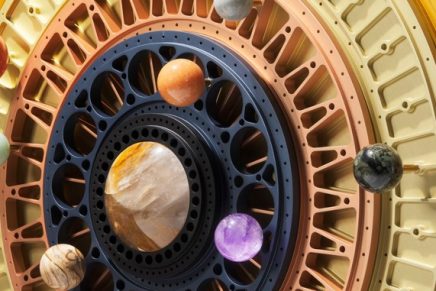 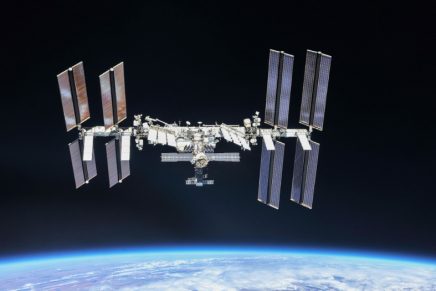 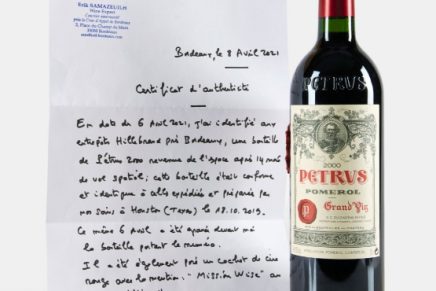