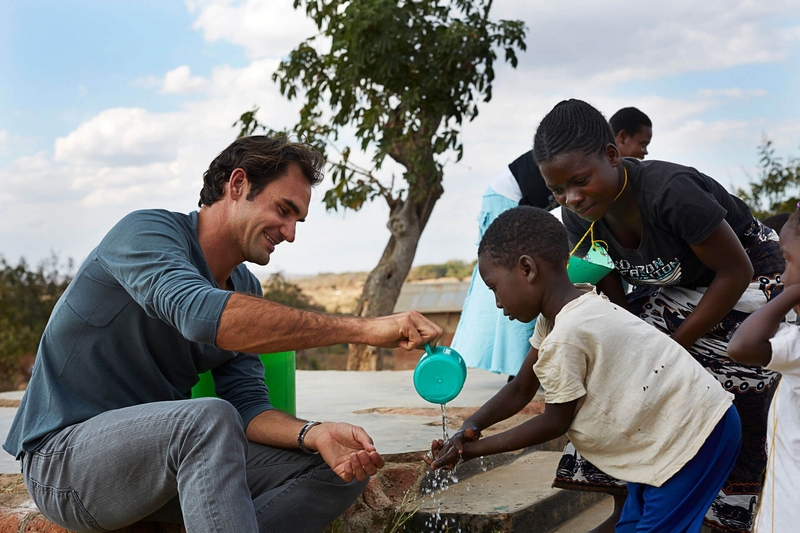 The Roger Federer Collection: Sold to Benefit The RF Foundation celebrates Federer’s historic achievements, with 20 lots from his Grand Slam victories offered for auction in London on 23 June.

“Roger Federer is tennis’ greatest icon. The Swiss sportsman has enchanted fans across the globe during a career characterised by unprecedented success and remarkable longevity. Grand Slam victories, Olympic medals, tour titles and the crowning glory of the Davis Cup tell their own triumphal story, one that has seen Federer rightfully placed in the pantheon of tennis greats.” – Christie’s Auction House.

From a racket used in his fabled tussle with Rafael Nadal at Wimbledon in 2007 to the clay-covered shoes from his win at Roland Garros in 2009, these items provide a window into some of the sport’s most iconic moments. The corresponding online sale, taking place from 23 June – 13 & 14 July, chronicles Federer’s incredible career from the early 2000s right through to 2021, affording fans across the globe the opportunity to own a momentous object from his journey to date. Both sales will benefit The Roger Federer Foundation, which supports educational projects in southern Africa and Switzerland.

The Roger Federer Collection: Sold to Benefit The RF Foundation | The Live Auction comprises 20 prestigious lots, each signed and celebrating one of Roger Federer’s 20 record-breaking Grand Slam tennis titles. In January 2018, Roger Federer became the first male tennis player to win 20 Grand Slam titles. Each lot in the auction represents an iconic moment from either the Australian Open, the French Open, The Championships Wimbledon or the U.S. Open.

The Roger Federer Collection: Sold to Benefit The RF Foundation | The Online Auction comprises 300 lots charting Roger Federer’s career from the early days of the Sydney Olympics in 2000 to matches which took place in 2021. Offered online in support of The Roger Federer Foundation, lots represent matches against Federer’s greatest rivals including Nadal, Djokovic, Murray, Agassi, Roddick and others. The sale has been curated to appeal to Federer fans around the world and Roger has personally expressed his wish to include accessible estimates starting from £100. 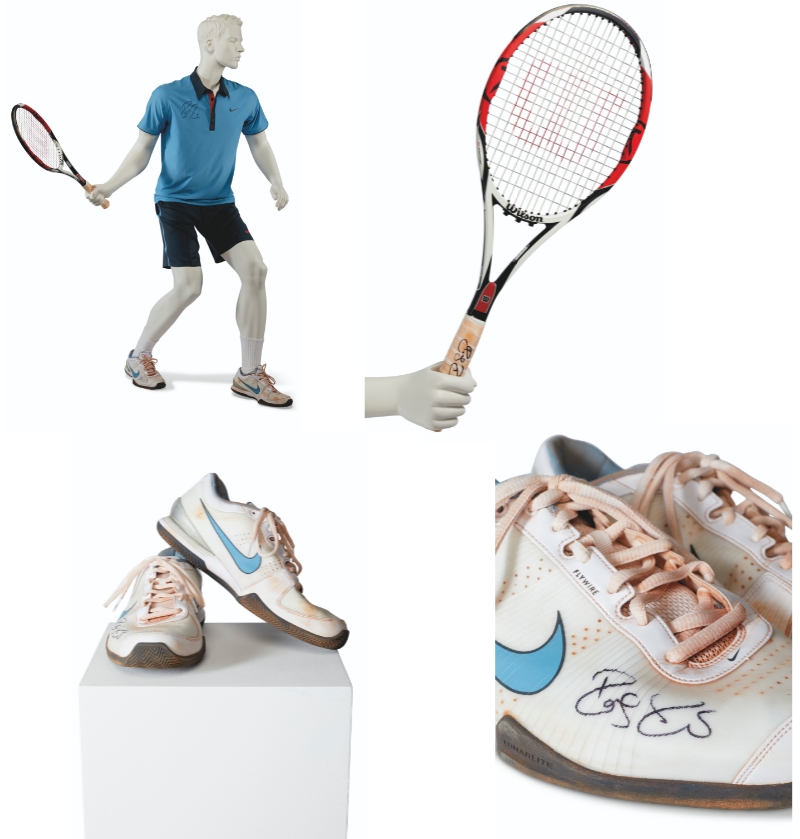 Roger Federer’s Champion Outfit and Racket at The French Open in 2009; @Christie’s The Roger Federer Collection: Sold to Benefit The RF Foundation;

One of the most expensive lots in the auction is Roger Federer’s Champion Outfit and Racket worn at The French Open in 2009.

“This was my greatest victory. I can now go the rest of my career without worrying that I would never win the French Open. I’d like to thank Andre Agassi for being here, the last man to win all four Grand Slams. Now I know what it really feels like.” (Roger Federer, The Guardian, 2009)

The 2009 season was one of the most momentous of Roger’s career. The crowning moment and the victory that tennis fans around the globe had been anticipating, came at Roland Garros. He defeated the Swede Robin Söderling in the final, to draw level with Pete Sampras on 14 Grand Slams, a record celebrated by a silver stitched ’14’ on the reverse of his orange and white jacket. Crucially, this win also completed Roger’s historic career Grand Slam, becoming just the sixth man in history to achieve the feat.

Roger came into the season in good form, having won the U.S. Open in the autumn of 2008. However, a gruelling five-set defeat to Rafa Nadal in the Australian Open final reinforced the fact that it would be as difficult as ever to complete his Grand Slam at Roland Garros. Indeed, Roger, who had won a clay court title in Madrid heading into the French Open, looked a little uneasy in the early stages, needing all five sets to overcome Tommy Haas in the fourth round. When the news broke that four-time French Open champion Nadal had been defeated by Söderling, the pressure intensified. 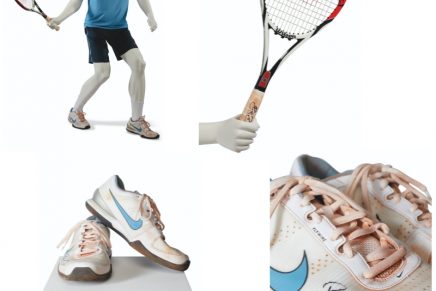 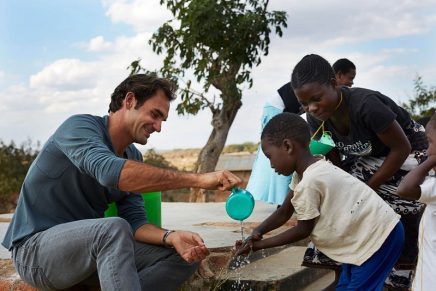 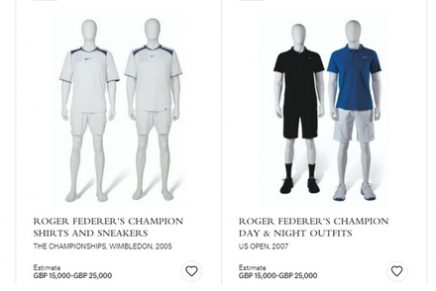 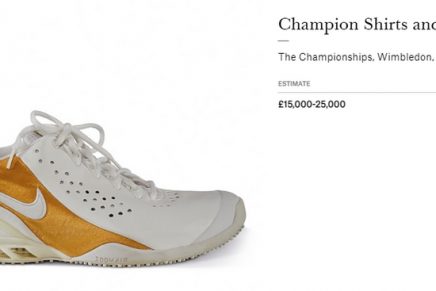