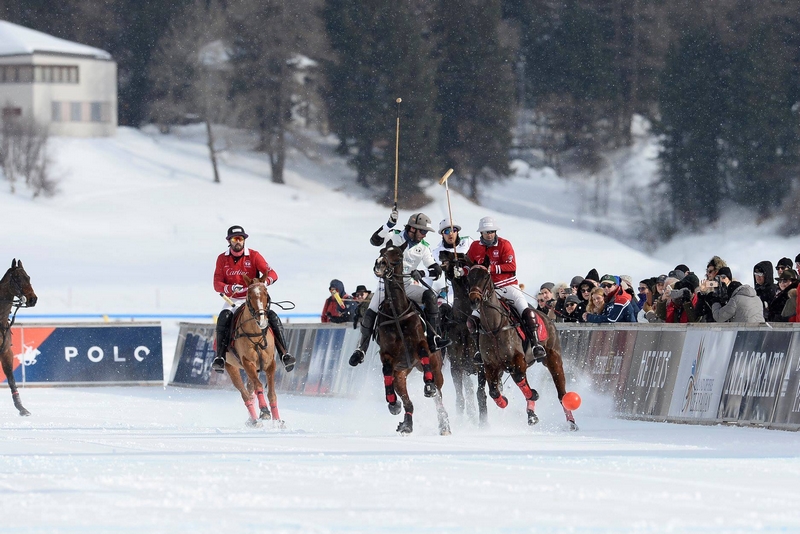 The Snow Polo World Cup St. Moritz 2019 had once again been a triumph at every level and a credit to Reto Gaudenzi and his team. The beautiful resort of St. Moritz had surpassed itself again – alive with sun, hospitality and thrilling polo.

Five-time winner of the snow tournament and ‘Godfather of Snow Polo’ Reto Gaudenzi and his 250 strong team, has once again delivered the greatest snow polo match.

“We were promised thrilling polo in the birthplace of the sport in this, the 35th year of the event and that is exactly what the record-breaking crowd (18’000 spectators) were given,”said the organizers of The Snow Polo World Cup St. Moritz 2019. With the sun bathing the Engadin Valley and the ice frozen to the perfect depth, the best polo players and ponies in the world and the atmosphere electric with a snow polo frenzy, the final day of play burst into action.” 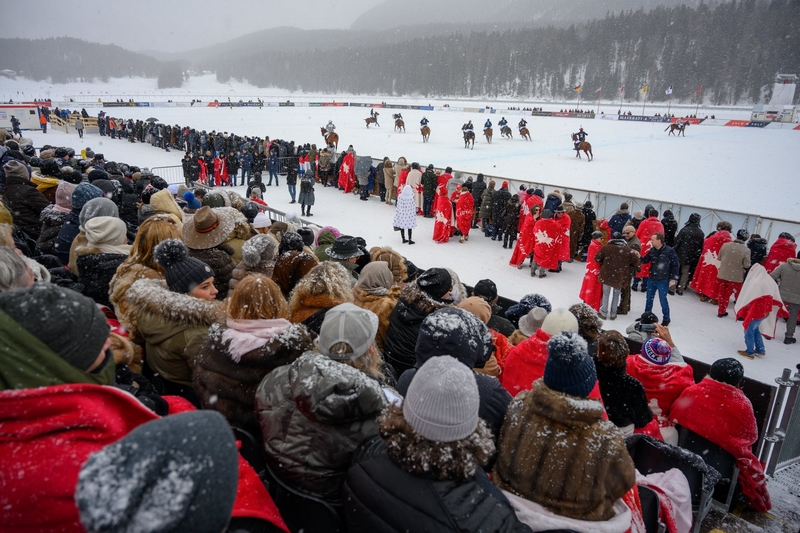 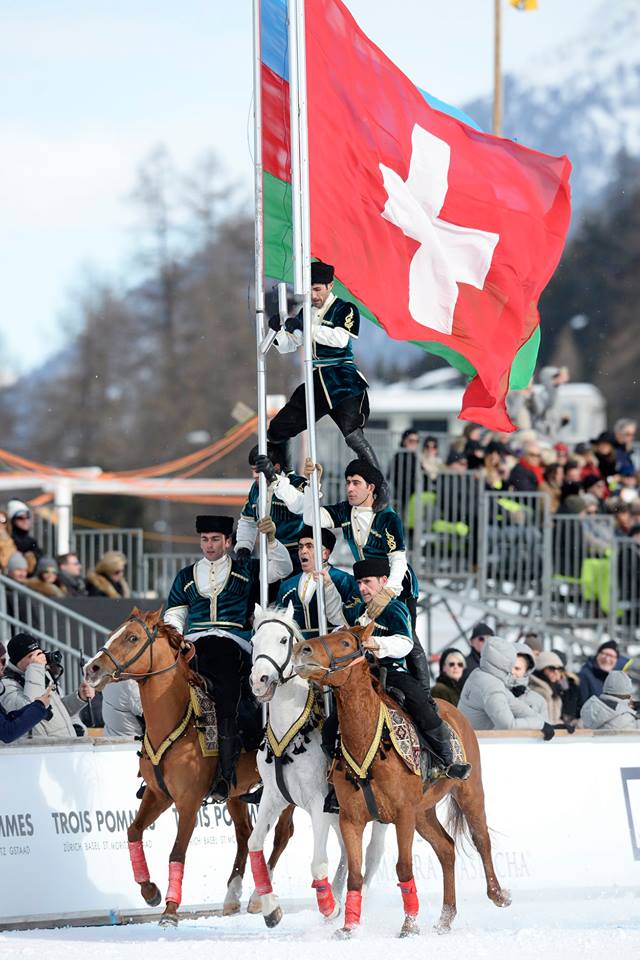 Opening Show at the Finals day of the Snow Polo World Cup in St. Moritz with the “Sarhadchi” cavalry; copyright: Tony Ramirez / www.imagesofpolo.com. 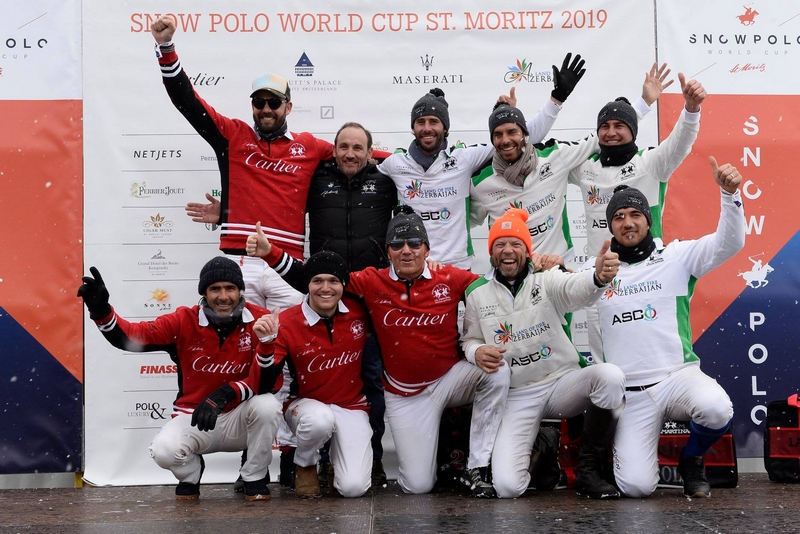 It was an epic battle which saw not only Badrutt’s Palace secure the top podium position for the first time in 35 years, but also Melissa Ganzi, Badrutt’s Team Captain, make history as the first lady player to win the tournament.

As the snow began to fall gently upon the spectators thronging around the arena and the packed grandstands, the battle began for the La Martina Cup Subsidiary Final with last year’s winners Team Cartier facing the exuberant Team Azerbaijan Land of Fire.

“With the collective prowess of the father son duo of Marc and Team Captain, Grant Ganzi, alongside Engadin powerhouse Tito Gaudenzi and the poetry in motion that is 10 goal maestro Juan Martín Nero fresh from his 2018 Argentine Open win, aficionados were expecting an explosive performance from the Cartier shirts,” commented snowpolo-stmoritz.com.

Commentator extraordinaire, Jan-Erik Franck ‘The Voice of Polo’ promised the audience that in polo “anything can happen”, and he was not wrong, as despite great play and teamwork, Cartier failed to score at all during the match, whilst their opponents found the posts three times to bring the final score to a surprising 5-0 defeat for Cartier at the hands of Team Azerbaijan Land of Fire. 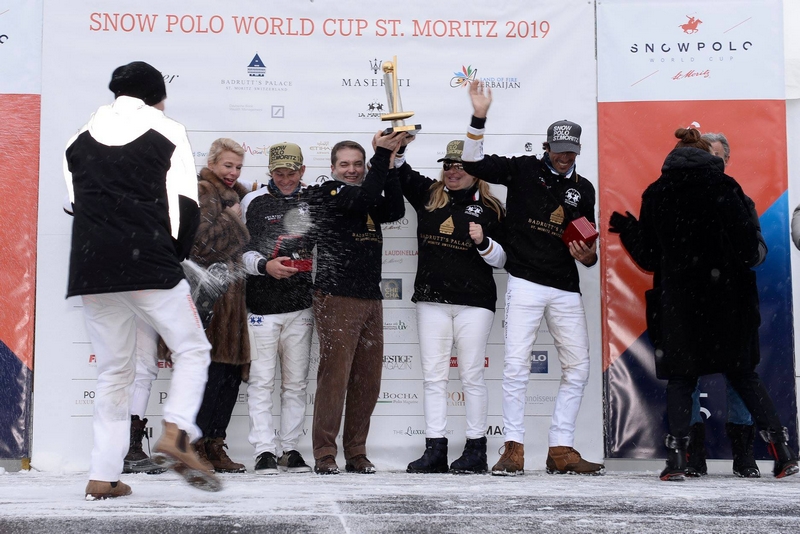 Despite his team’s loss, Juan Martín Nero was gracious in defeat, saying: “It is great to be back in St. Moritz. It is such a special tournament; the people, the snow, the great organisation. Everything is fantastic and I can’t wait until next time!”.

The Final for the Cartier Trophy was a true snow polo epic as Melissa Ganzi’s Badrutt’s Palace faced up to the might of Maserati. Despite the inevitability of defeat, Maserati remained on the offensive until the last seconds of play, but it was all too little too late, and history was made as Badrutt’s Palace secured the trophy for the first time in the history of the tournament. 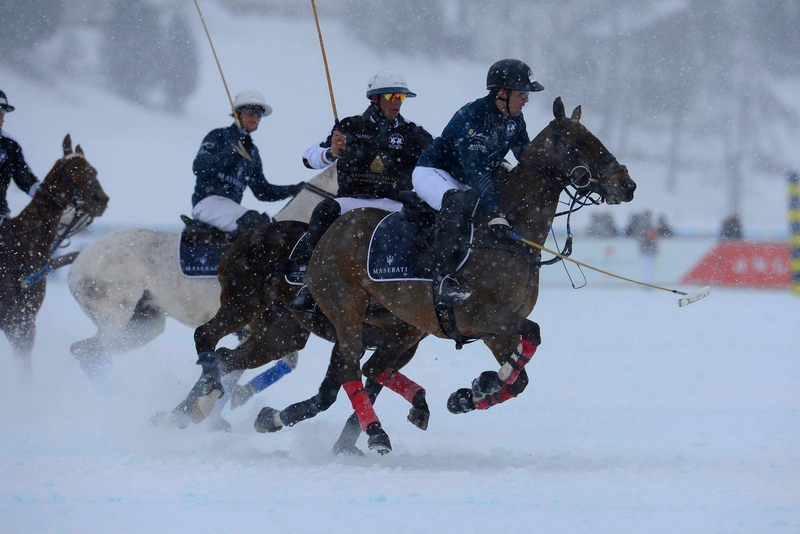 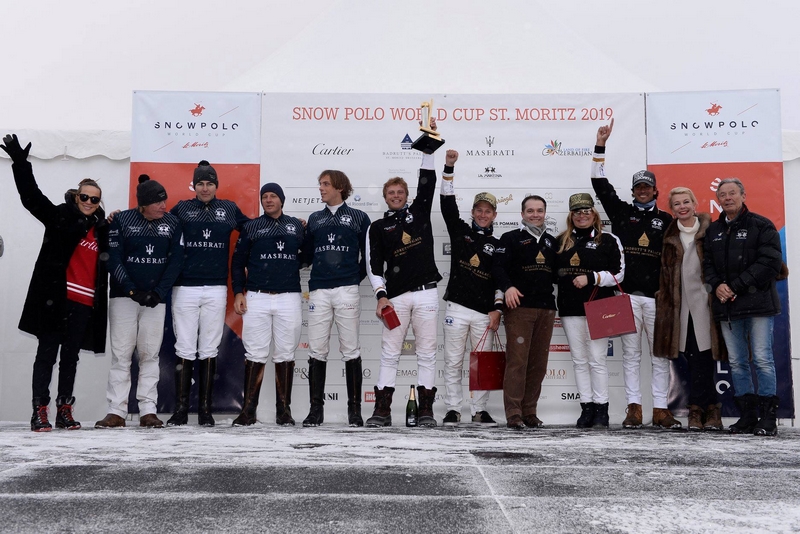 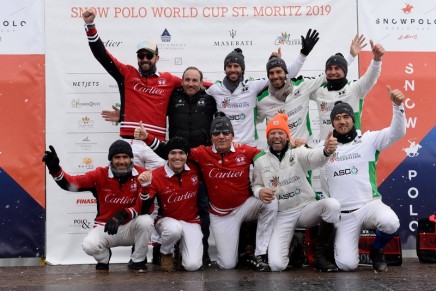 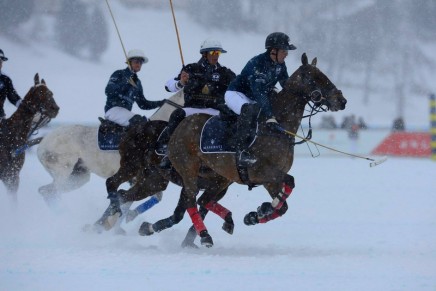 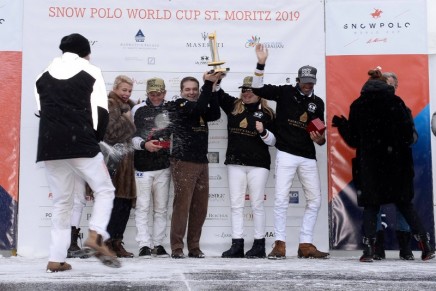 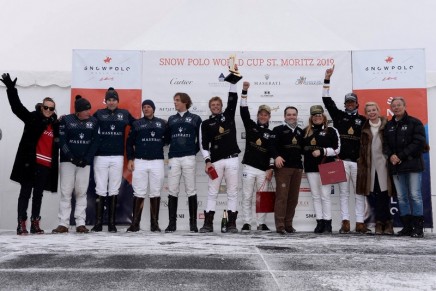 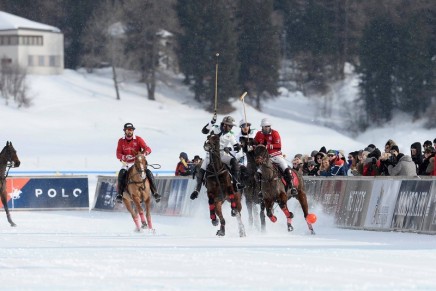 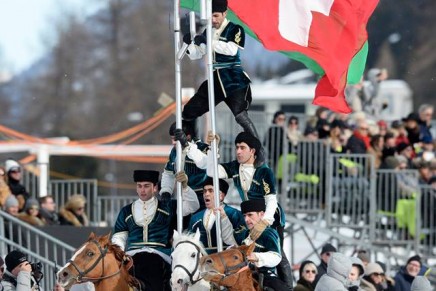 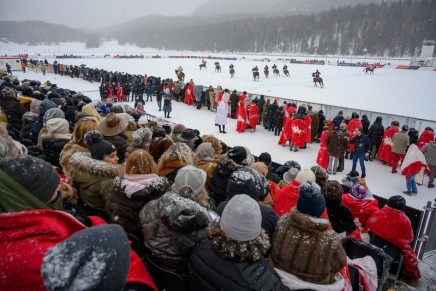