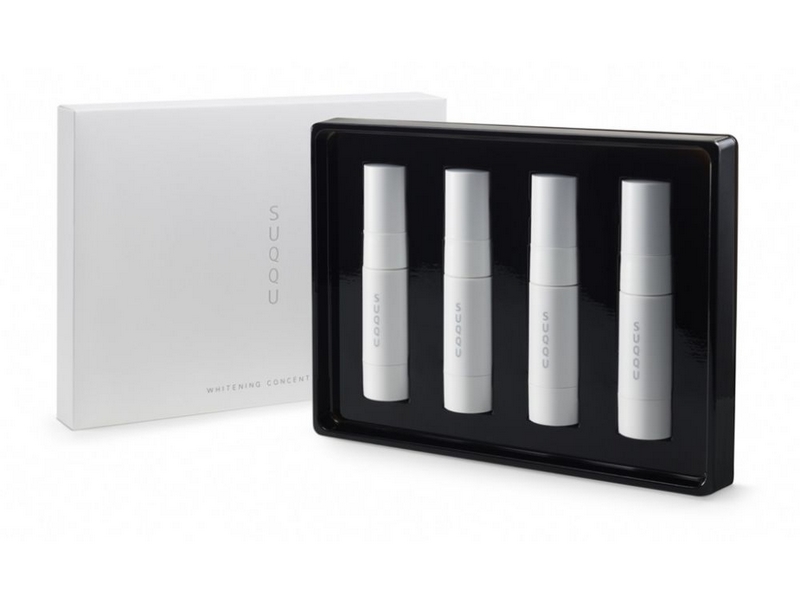 This article titled “How skin whitening reveals the depth of the beauty industry’s colourism” was written by Funmi Fetto, for theguardian.com on Tuesday 30th June 2020 16.15 UTC

The killing of George Floyd and the subsequent rise of the Black Lives Matter movement has had a rippling effect across everything. The beauty industry – and its implicit Eurocentric ideal – is no exception. Brands have had to address their part in the systemic racist injustices they claim to stand against. The recent focus? The skin-lightening creams still sold by major brands across the world.

As with other issues, a celebrity speaking up has helped bring this to prominence. On 20 June, former X Factor winner Alexandra Burke revealed she was told to “bleach” her skin to look “more white”. One couldn’t help but question the place – and purpose – of bleaching creams in the prejudice-free society the world is currently fighting for. Bowing to mounting public pressure, Johnson & Johnson and Unilever, companies that are part of the skin lightening industry (which it’s estimated will be worth more than £25b by 2024) announced the discontinuation and rebranding of some of their respective ranges. Unilever’s decision to rebrand – words like “whitening”, “fair” and “lightening” will be removed from their packaging, products and communication – was met with a barrage of criticism, with many arguing that by not dropping the products entirely it is still profiting from an industry that has anti-blackness at its core.

While some may see this as a positive first step, for young dark-skinned girls – those for whom the very existence of skin lightening creams reinforces colourism and deems their skin tone inferior – it’s a drop in the ocean. In her 1982 essay collection, In Search of our Mothers’ Gardens, the Pulitzer Prize-winning author Alice Walker coined the term colourism, describing it as “prejudicial or preferential treatment of same-race people based solely on their colour”. As a young girl, I had no name for colourism but I knew what it was. My mother was very light skinned and everyone who called her beautiful would also reference her skin tone in the same awe-filled breath. I was not light skinned. I was the darkest of my siblings – someone once, in a tone peppered with regret, referred to me as “the dark one”. In my teens, I dabbled with skin lighteners; one was called Skin Success. All it did was make my hyperpigmentation worse. So I stopped. Evidently, I had a lucky escape. A 2019 World Health Organisation report revealed that many skin lightening products contain mercury and other hazardous ingredients that cause anything from skin irritation to kidney damage.

For Victoria Sanusi, the mental health activist and founder of Black Gals Livin’ podcast, her experience led her to therapy: “As a young dark skin girl, colourism had a really negative impact on my mental health. I remember going to get my hair done and a hairdresser saying: ‘You’re pretty but you’re too dark. I have bleach that you can use.’ I cried so hard when I got home. Most teens have confidence issues but I felt that extra layer because of colourism.”

“The lighter the better” mindset is predominantly perpetrated within and between black and brown communities. But its roots are in colonisation. As far back as the 16th century, white skin began to be associated with wealth and status – the rich didn’t didn’t work outside and so the sun hadn’t darkened their skin. Fairer skin was deemed superior. In the slavery era, dark-skinned slaves were relegated to working in the fields and their lighter-skinned counterparts – a product of slave owners raping slave women – were given privileges such as being able to work in the house.

Today’s beauty, fashion and entertainment industries show that a system that rewards proximity to whiteness is still operational. Beauty YouTuber Jackie Aina and a number of beauty influencers have consistently called out fashion brand Fashion Nova for failing to include dark-skinned influencers who promote those clothes on their Instagram feed, preferring instead to include lighter-skinned, bi-racial and ambiguous models. It’s no different in Hollywood. The majority of the successful female actors and artists in the music industry are lighter skinned. The Oscar winning actors Viola Davis and Lupita Nyong’o are anomalies. And even then, Nyong’o has revealed she was turned down for acting roles because she was “too dark”.

Nyong’o also faced colourism – something she calls “the daughter of racism” – while growing up in Kenya. As with many African countries, Kenya has a huge appetite for skin-lightening creams, but it is Nigeria that is reported as having the world’s highest percentage of users (acccording to WHO, 77%). In India, meanwhile, the skin lightening industry represents 50% of the total skincare market and is estimated to be worth £365-£435m.

When products are this gobsmackingly lucrative, is it an idealistic expectation that companies will suddenly stop making them, despite being steeped in internalised racism? Anti-colourism movements continue to gather pace globally. It was a recent online petition by three Pakistani-US women, Anum Chandani, Hira Hashmi and Marvi Ahmed, and an open letter to Alan Jope, Unilever’s CEO, from Nina Davuluri, the Indian-American anti-colourism activist, that pressured Unilever to rebrand their skin lightening products. “This is a big win,” Davuluri told Reuters, “but it’s only the beginning.”

Munroe Bergdorf openly criticised Nivea in 2017 for a skin lightening commercial they ran in Ghana and Blac Chyna was criticised for endorsing a skin-lightening cream for the Nigerian market in 2018. Both of these examples show millennials are no longer afraid to call brands out. Dr Ewoma Ukeleghe, a global brand consultant and skincare specialist, says her largely millennial and Gen Z clientele “are very adamant about not lightening their skin”. Hence she believes the driver of change will be this new generation, not the skin-whitening industry: “Profits not morals are the north star for many of these brands, but with the power of social media, the younger generation can hold them accountable.” For Black Gals Livin’s Sanusi, that change can’t come soon enough: “It’s not a victory that these brands are changing the language on their packaging. By continuing to exist they are contributing to a problem that’s hurting dark skin women around the world.”